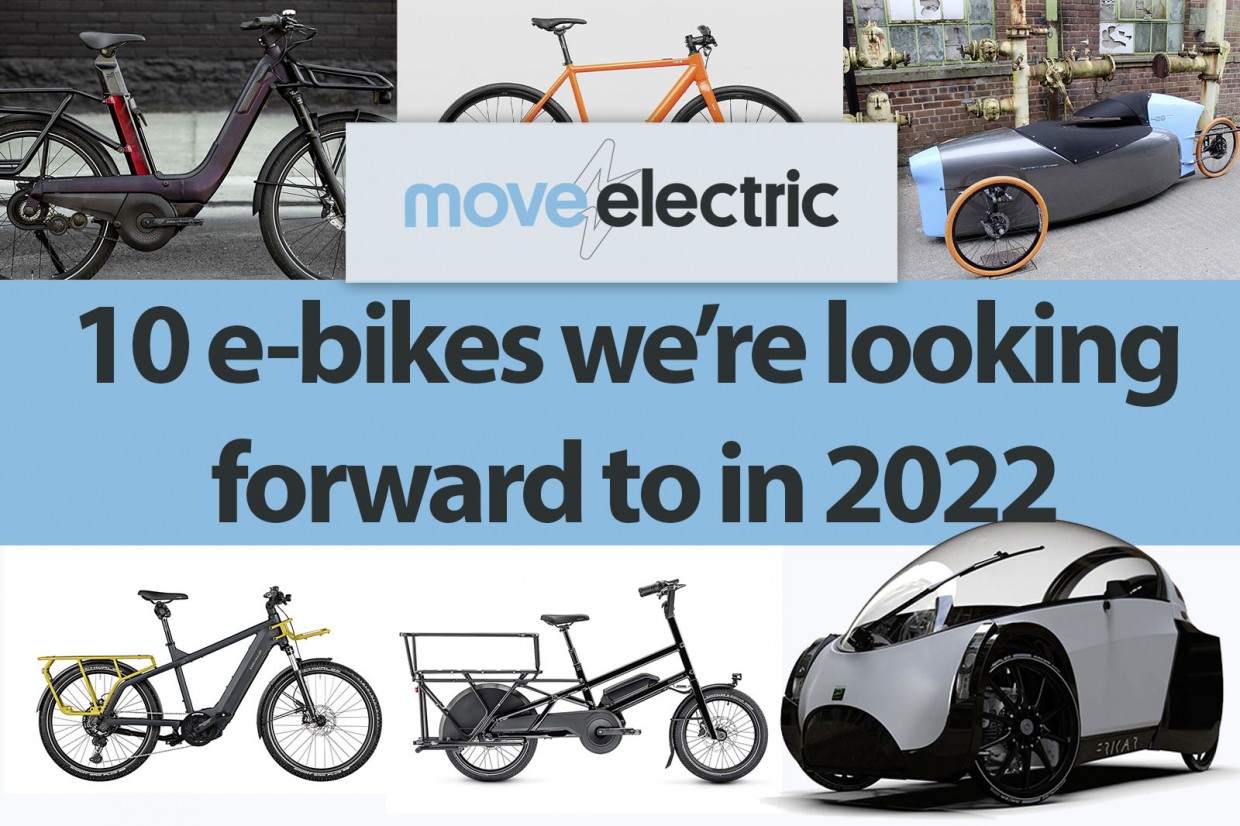 From the return of the great Greg LeMond to the first e-bike from Yeti, 2021 has been a pretty good year for new tech and e-bike innovation. But with the e-bike boom continuing, and more investment being made into the sector every month, 2022 promises to be even more exciting. There is plenty of new releases and interesting technology hitting the shop floors this year, so let’s take a look at the ten bikes we’re most looking forward to seeing.

Due in spring, this road e-bike will mark the follow up from the inspired Prolog – the American legend’s return to cycling manufacturing. Although we haven’t seen any designs yet, we’re hoping the brand carries their sleek aesthetic and responsive motor over to the road format.

2. Northern Light Motors
Hailed as ‘the future of personal transport’, this is one intriguing and innovative bike. It has been designed by the same person who envisioned the TVR Tuscan Convertible and oozes classic British car form on a trike chassis. With enough tech specs to make your E-V blink, we can’t wait to see this launch. 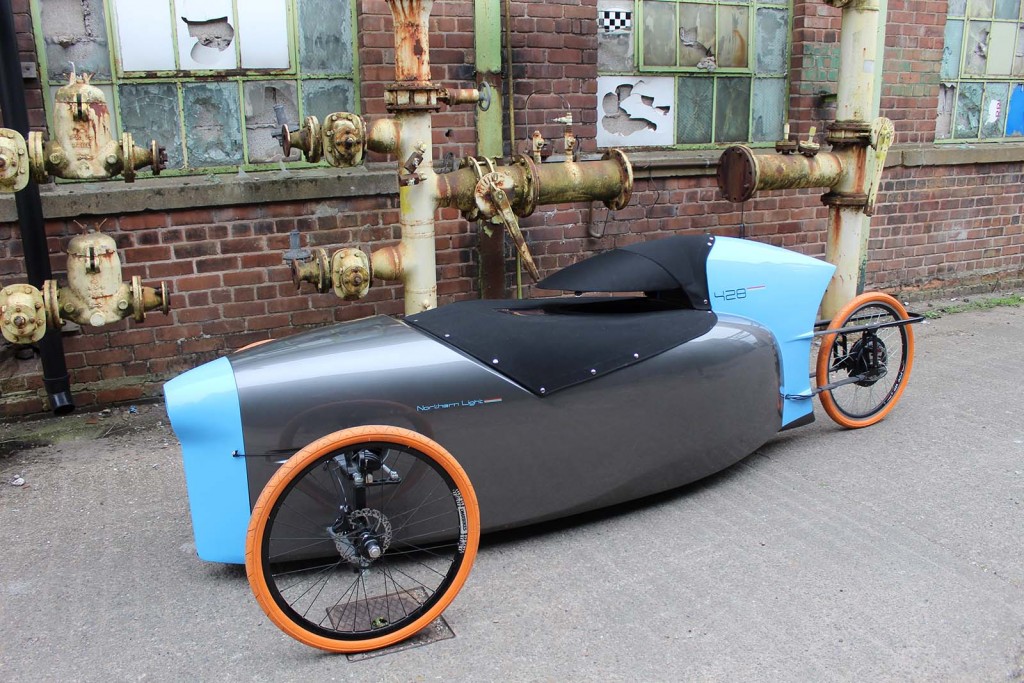 Technically you can buy this now, but you'd be hard-pressed to get it delivered before January. We'll be getting our hands on one in the new year, but for now, we will just be drooling over the three models in this range like the rest of you. Designed to be a sort of SUV of the e-bike world, it has cargo bike capabilities with the agility of something much lighter. 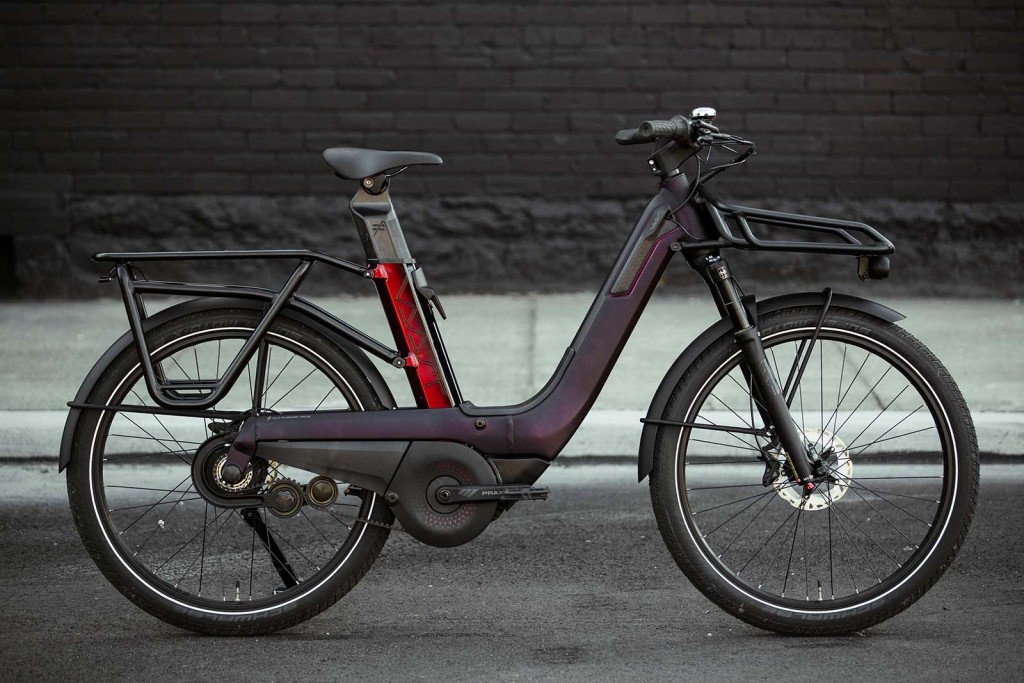 Okay, it's not technically a bike, but the French brand debuted its Smart e-Bike System back in September at Eurobike. It's claimed to use a seven-speed automatic gearbox, which will be located in the pedal assembly. The motor will be 48V and can provide 130 N m giving it the most torque of most e-bike motors on the market. The first bikes to incorporate this system are expected in mid-2022. 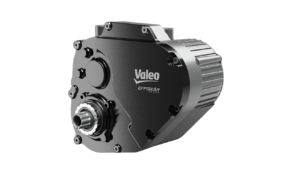 5. Riese & Müller Multicharger 750
For 2022 the German brand is updating their beloved cargo e-bike with a bigger battery and the brand new Bosch Smart System. This new system sees the introduction of a new ride mode ‘Tour+’, and variable torque settings which can be adjusted as you ride. All of this is tied in with a new eBike Flow app, and a sleek LED remote control unit. 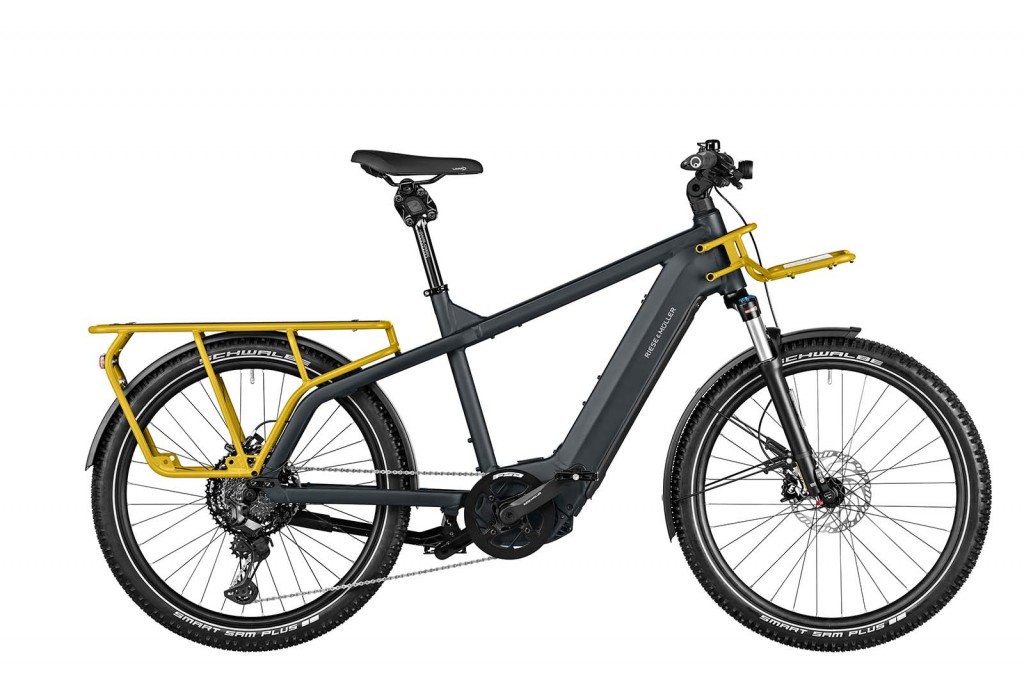 For 2022 Volt are releasing an update to their ever-popular Infinity models. Featuring the Shimano STEPS system, they claim the battery range will go as far as 90 miles on one charge and is positioned as their premium Shimano STEPS model. The Infinity LS will come as a step-through frame, and both should be available by early 2022. 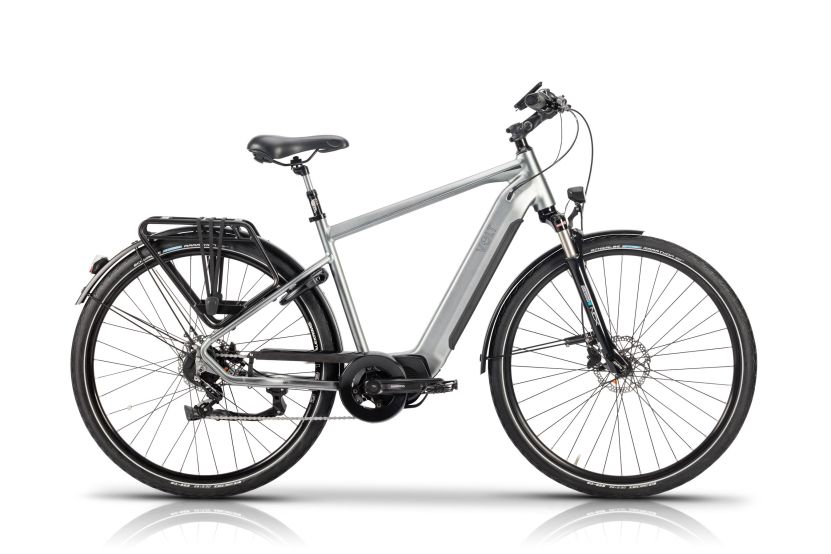 The big sell with this new bike from the Italian brand is the claimed battery range of up to 200km. It's stylish, sleek and weighs a mere 14.8kg. It is single-speed and has flat bars so it's probably not designed for the Audax rider, more for the commuter that doesn't want to think about charging their bike every day. 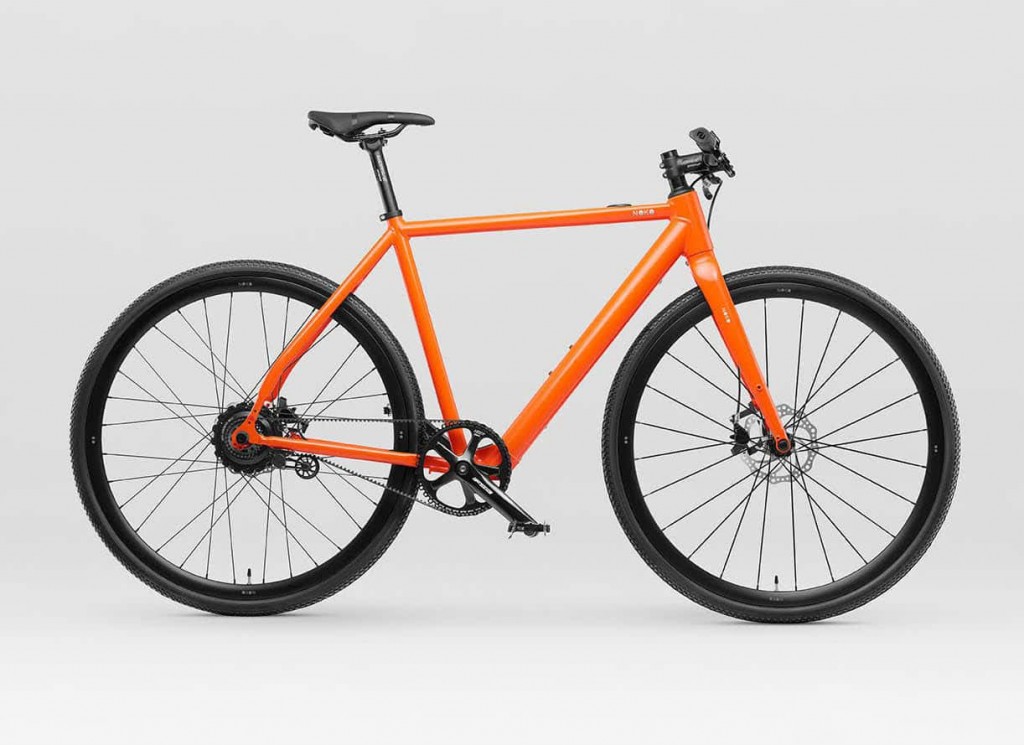 The first-ever cargo bike for the French bike brand, the Lundi 20 is expected in stores in the UK in mid-January. It claims it will be the 'ultimate solution to transport kids and cargo in day-to-day life', and with a carrying weight of up to 70kg on the rear and accessories like extra seats or racks, it looks like it will do the job nicely. 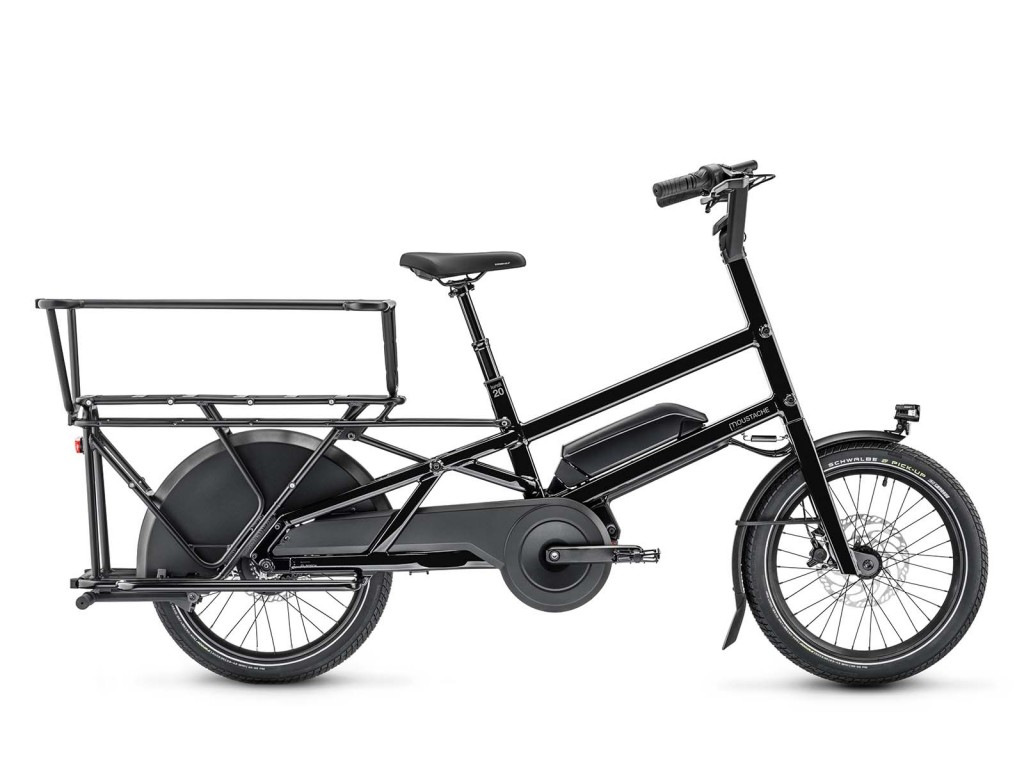 Not just another folding e-bike, the Cube Fold Hybrid looks to have some interesting design integrations. Yes, it folds and is compact, but it also has a carrying handle and front and rear racks for your luggage. The electronic system will be powered by Bosch, and the bike will come with either a belt drive or chain and derailleur drivetrain. 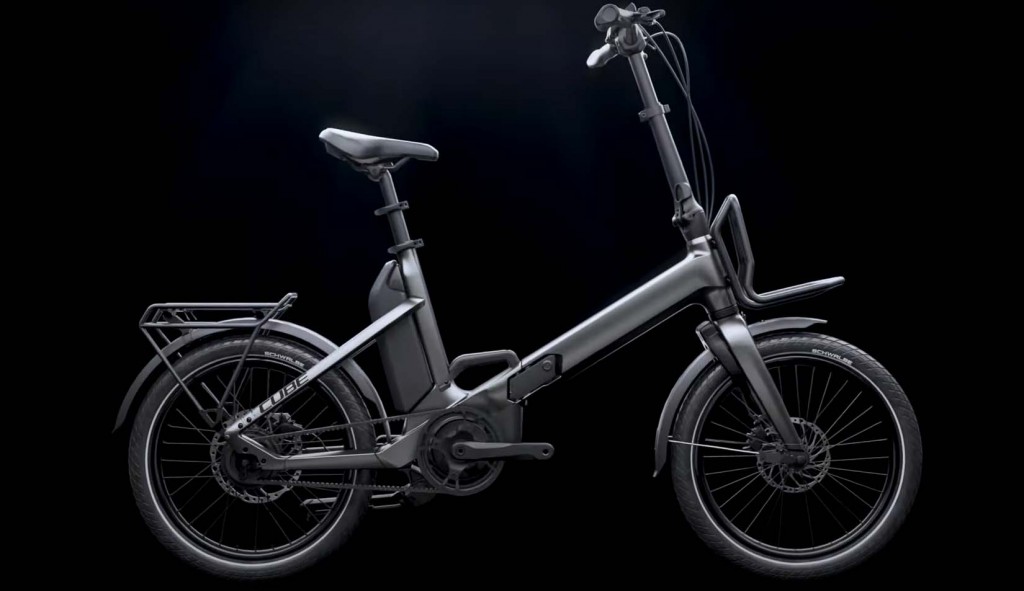 With cabriolet styling, enough room for an adult rider and a small passenger (up to 22kg), this is a futuristic e-bike that looks remarkably like a teeny tiny car. Gone are the excuses of 'it's raining so I'd rather drive', you're literally in a pod aboard the Frikar, complete with window wipers, room for multiple batteries, and 160L of storage. 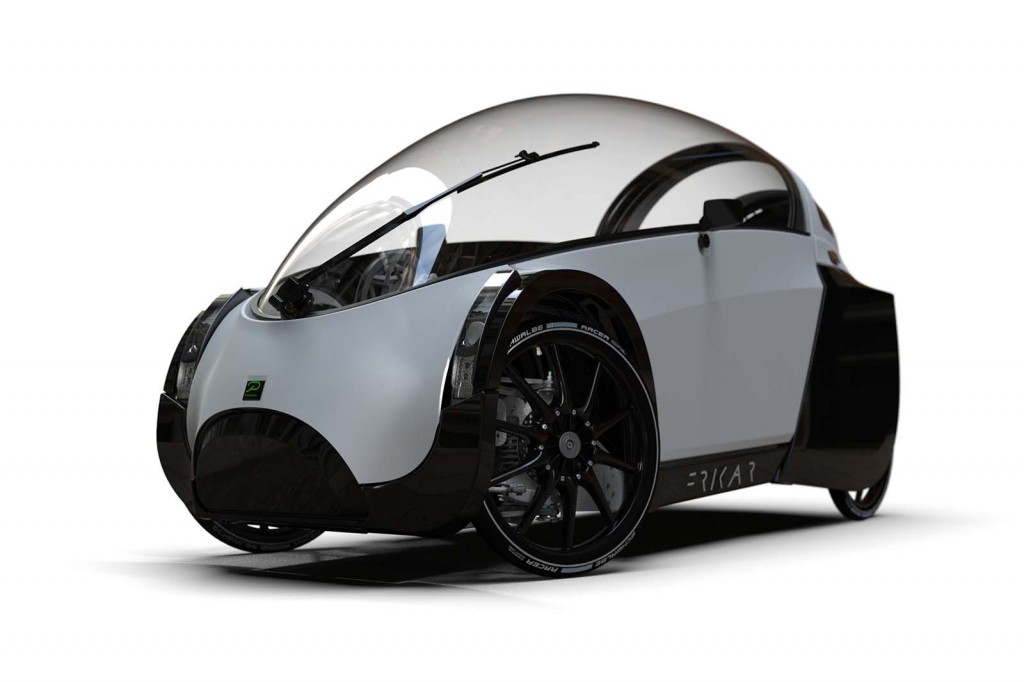