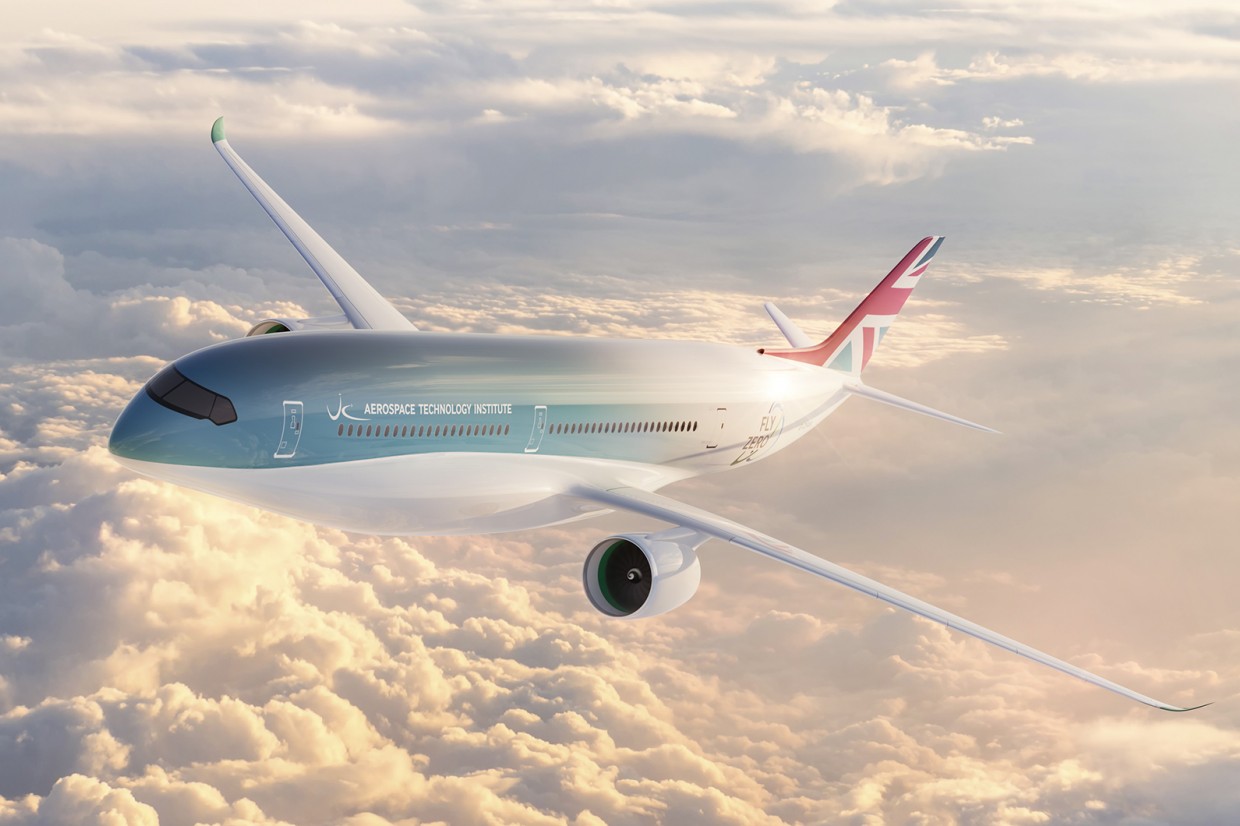 The aviation industry presents the biggest challenge in reducing CO2 emissions in the transport world. Planes currently use huge fuel-burning jet engines, and the weight of batteries means that replacing them with purely electric versions simply isn’t feasible. Blame physics.

But there’s good news for those hoping to rack up relatively guilt-free air miles in the future: a new hydrogen-powered plane concept, which could allow up to 279 passengers to fly non-stop from London to San Francisco, has been revealed by British engineers.

It has been developed by the FlyZero project, part of the UK government- and industry-backed Aerospace Technology Institute. It will invest a hefty £3.9 billion in research between now and 2026.

The new concept showcases the potential for green liquid hydrogen to be used as a lightweight aviation fuel, with the ATI claiming it uses no CO2 when burned and could offer three times the energy of the kerosene fuel currently used per kilogramme.

The ATI FlyZero mid-size aircraft concept has a 54-metre wingspan and can seat 279 passengers – slightly fewer than an Airbus A340 – and has a claimed range of 5250 nautical miles, putting cities such as San Francisco, Delhi and Beijing within non-stop reach of London.

The liquid hydrogen is stored in cryogenic fuel tanks house in the rear fuselage (with two smaller tanks in the forwards fuselage to keep the plane balanced) at around minus 250 degrees Celsius. That fuel powers two turbofan engines through hydrogen combustion.

The ATI says that it had developed a larger and longer-range aircraft than the short-haul Boeing 737 and Airbus A320 that are most often seen in the skies so that the necessary new infrastructure for the fuel could be concentrated on fewer international airports.

While showcasing the concept, the ATI has acknowledged that major challenges remain before hydrogen-powered flight is possible. Producing green hydrogen is currently expensive, although this is likely to fall as demand for it grows - and the ATI reckons it could be cheaper to operate than conventional air fact buy the mid-2030s onwards.

New technology that will be required include not just hydrogen tanks, gas turbines and cryogenic fuel systems but ‘dry’ wings (without conventional fuel tanks). One other challenge will be ensuring that any green liquid hydrogen is produced in an environmentally friendly manner, and not through energy created by burning fossil fuels.

The FlyZero project has pledged to publish more details on its project early next year, along with three final concepts for regional, narrow-body and mid-size aircraft.