You’re not going to get me excited about a Kia, are you?
It’s your loss if you don’t feel a tremor of anticipation. Kia already has two brilliant electric cars on sale - the e-Niro and Soul EV - and now it has the strikingly-styled EV6 looking to give the likes of Audi, BMW, Jaguar, Mercedes and Tesla a bloody nose. We think they might have managed it, too. 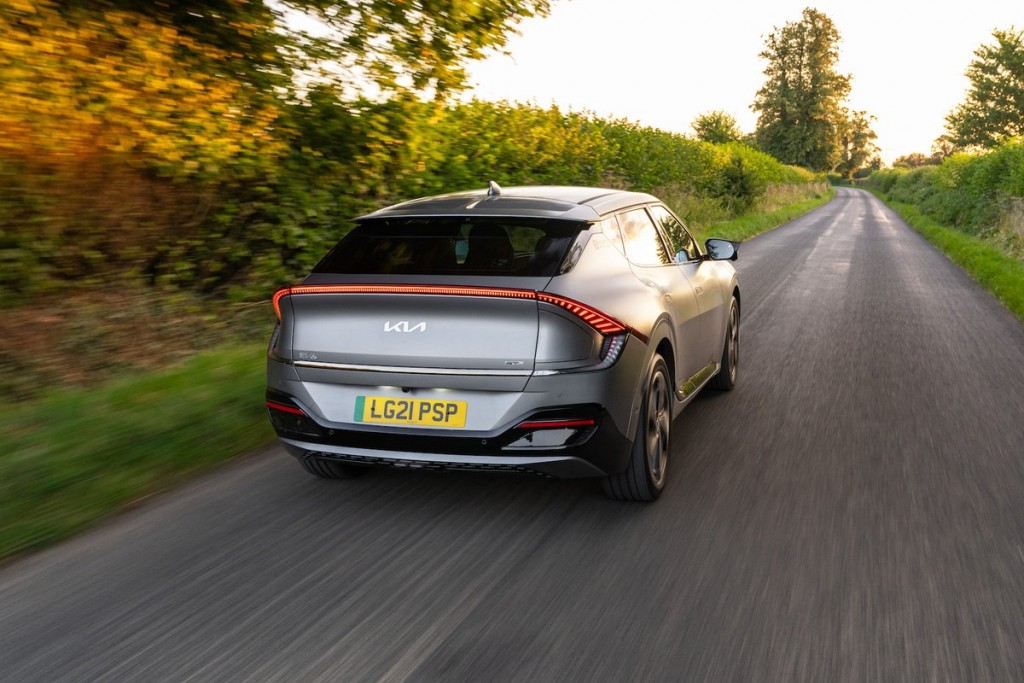 A premium badge-baiting Kia. Tell me more
Let’s start with the styling, which is both sleek and striking. So much so, that we’d hazard that if you put any of the aforementioned premium badges on its bonnet it would be hailed as the saviour of the planet and queues would be forming round the block to buy one.

Throw in the head over heart facts that it is capable of ultra-fast charging, has a very competitive real-world range and that it’s really rather decent to drive and you have all the makings of a car that is worth the attention of anyone in the market for a large EV, no matter their brand loyalties. 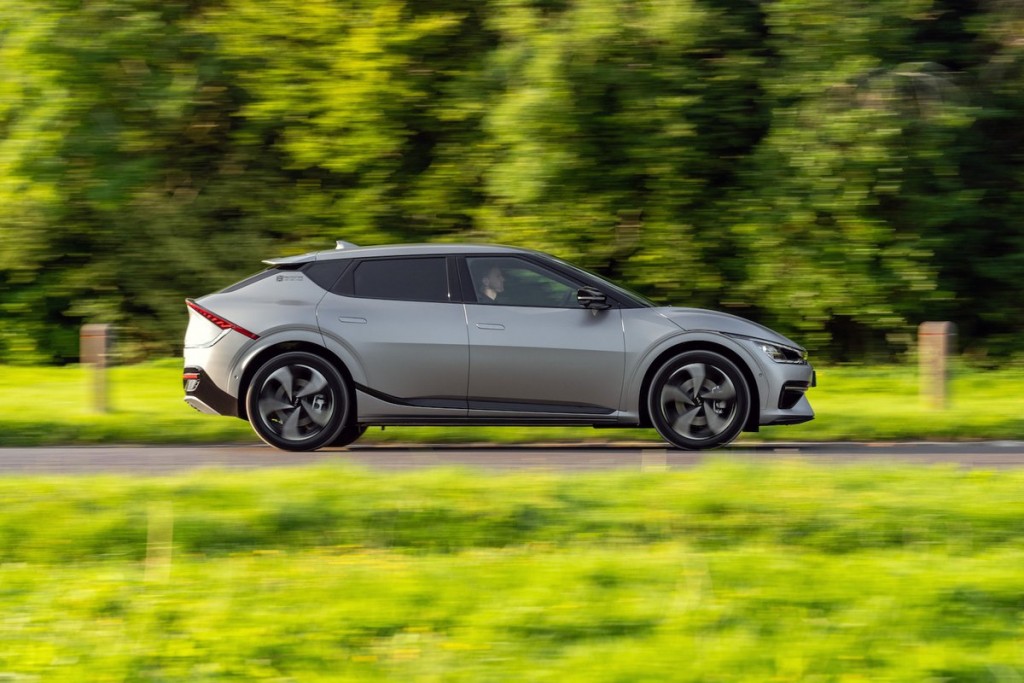 There are three variants of the EV6, with the entry-level Air version starting from around £40,000 and rear-wheel-drive only. The mid-level is called GT-Line and the range-topper the GT-Line S, both of which are available with either rear or four-wheel-drive.

Now we’ve got you hooked, let us help you decide which one is the right one for you...

Can it really go as far as a Tesla?
Every EV6 is fitted with the same 77.4kWh battery, meaning they will all cover more than 300 miles according to the official test cycle.

The four-wheel-drive model has an official range of 314 miles from its dual motors, while the rear-wheel-drive variant might be the better choice as it has a longer range of 328 miles. There are Teslas that won’t go as far and Teslas that will go further - but that’s pretty decent unless you regularly spend six hours at the wheel. 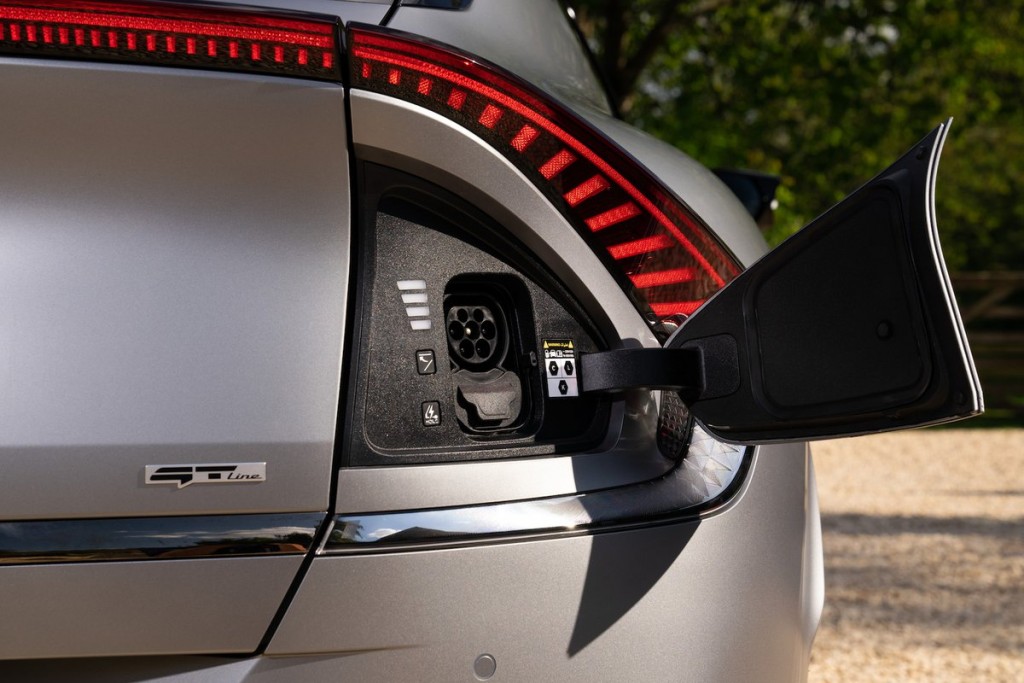 Charging times vary depending on the device you use, but get your hands on a 250kW ultra-rapid charging point and the EV6 will go from 10-80% charge in as little as 18 minutes. That’s 60 miles of range in just five minutes - or about 100 in the times it takes for a toilet stop. Just bear in mind there are only a small number of ultra-rapid charging points on the highway today, so you may have to plan those toilet breaks.

But surely Tesla out-tech’s it?
Don’t start looking for problems, because you’ll be disappointed if you do.

Across the dashboard sits a super-crisp 12.3in curved touchscreen which is standard in all variants of the EV6. It has crystal clear graphics; it’s easy to read and is an intuitive system to use. Sure, sometimes there’s a tiny delay in its response, but that’s rare. 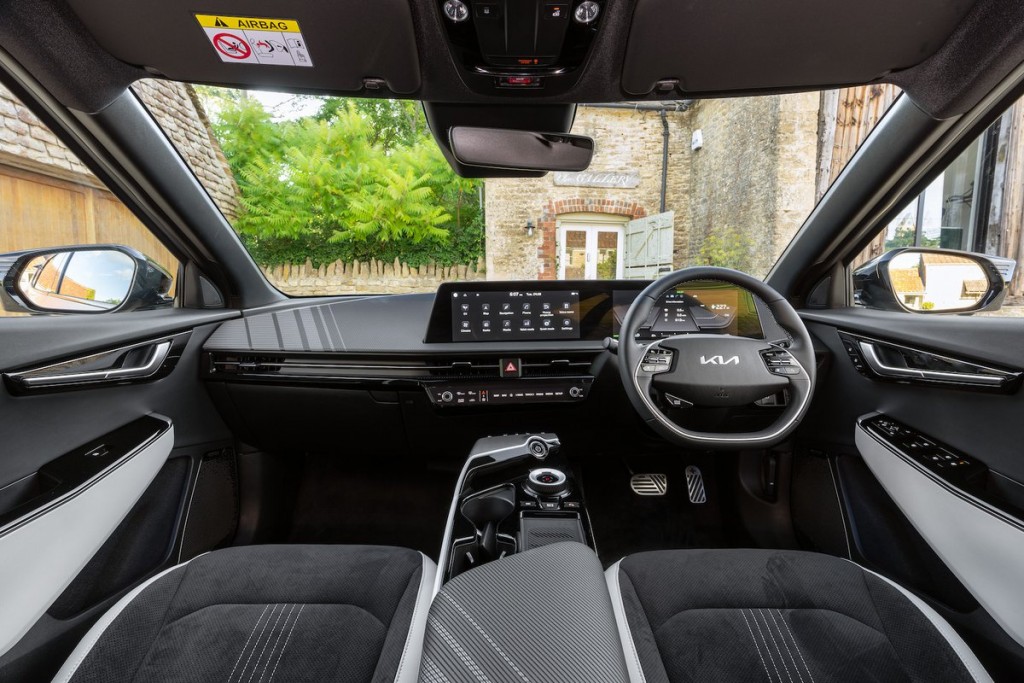 The infotainment system comes with all the regular bells and whistles, including Apple CarPlay and Android Auto smartphone mirroring, with the GT-Line models also able to wirelessly charge your phone. If you go for the range topping GT-Line S trim you get a 14-speaker Meridian sound system, but be warned, the subwoofer hidden underneath the boot takes up a lot of space.

Aiding that ease of use is the fact that you do get a selection of physical buttons for the functions you use more regularly. While we love an eye-catching touchscreen as much as the next person, they can be a right fiddle to use on the move. 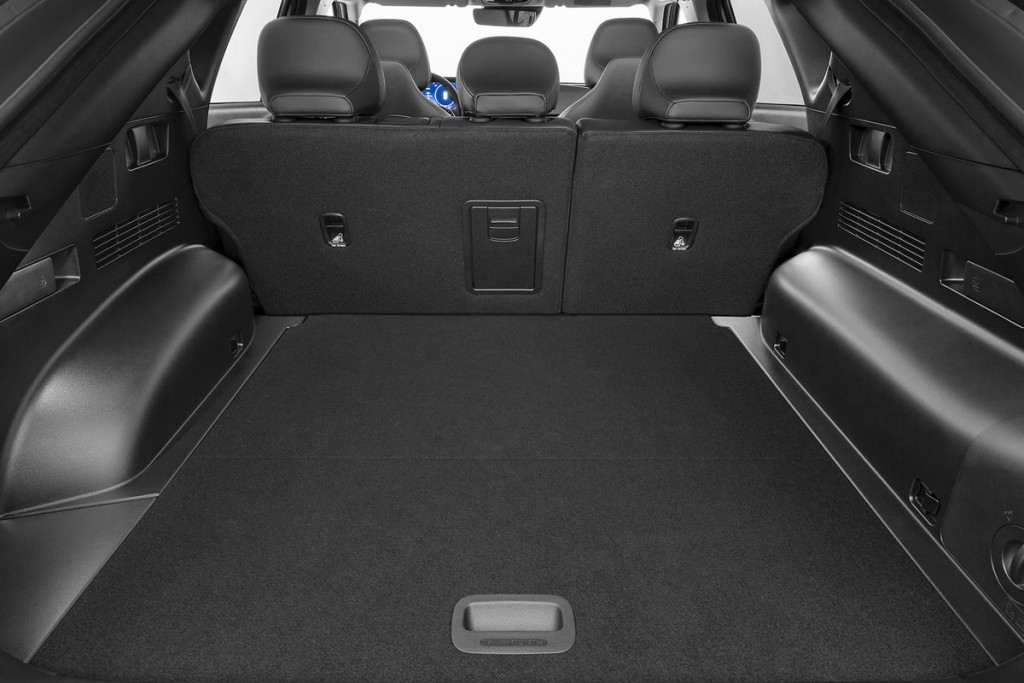 We will concede that interior quality varies; most surfaces are well appointed, but there are some hard plastics, particularly lower down on the doors. It’s nice to note the seat leather is vegan-friendly, too.

Any tech to wow me?
Opt for the GT-Line S trim and the EV6 gains an augmented reality heads-up display. While increasingly common in high-end cars, the implementation here is excellent. Highlights include the projection of sat-nav directions onto the windscreen. 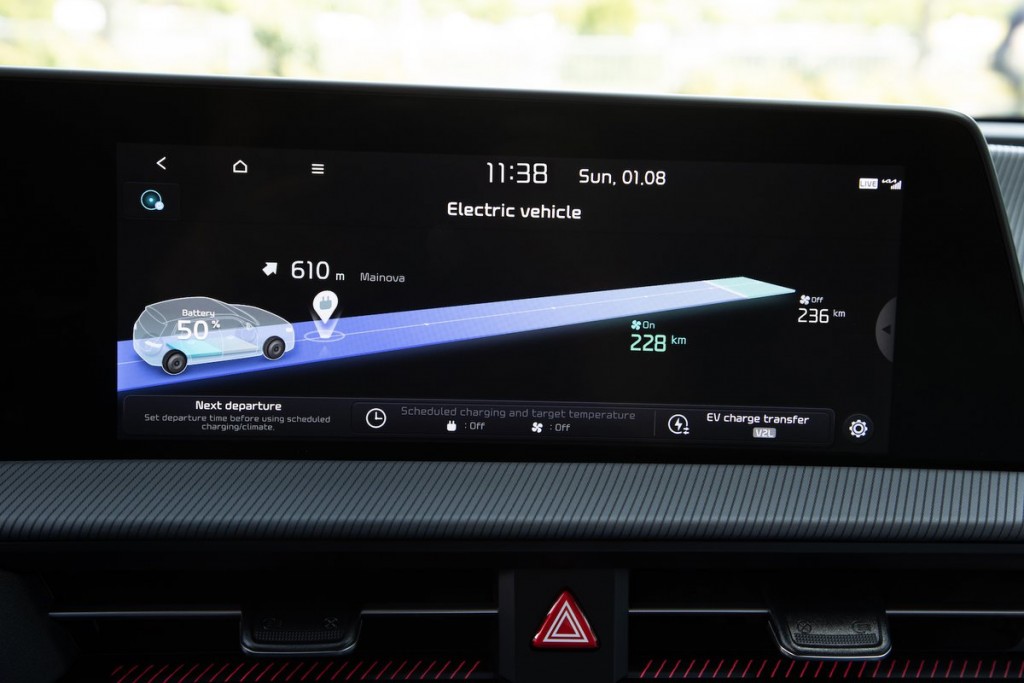 Then there’s the party trick of being able to summon the car to move forwards and backwards via its key fob, for example if you find yourself in a tight parking space and unable to get into your vehicle. We don’t recommend taking your Kia for a daily walk, but it’s certainly a fun feature that will impress your kids and save you those inelegant squeezes when there’s a car alongside you.

There is also a handy feature which means you can use the car to power other appliances up to 3.6kW, including other electric cars, washing machines and even a microwave. Come the Armageddon, you’ll be the last one standing (so long as you remembered to charge your battery).

We’ve come this far without talking about what it’s like to drive
Read on, because there’s more good news, starting with your view ahead thanks to the high seating position. Not even the chunky windscreen pillars really cause any issue. 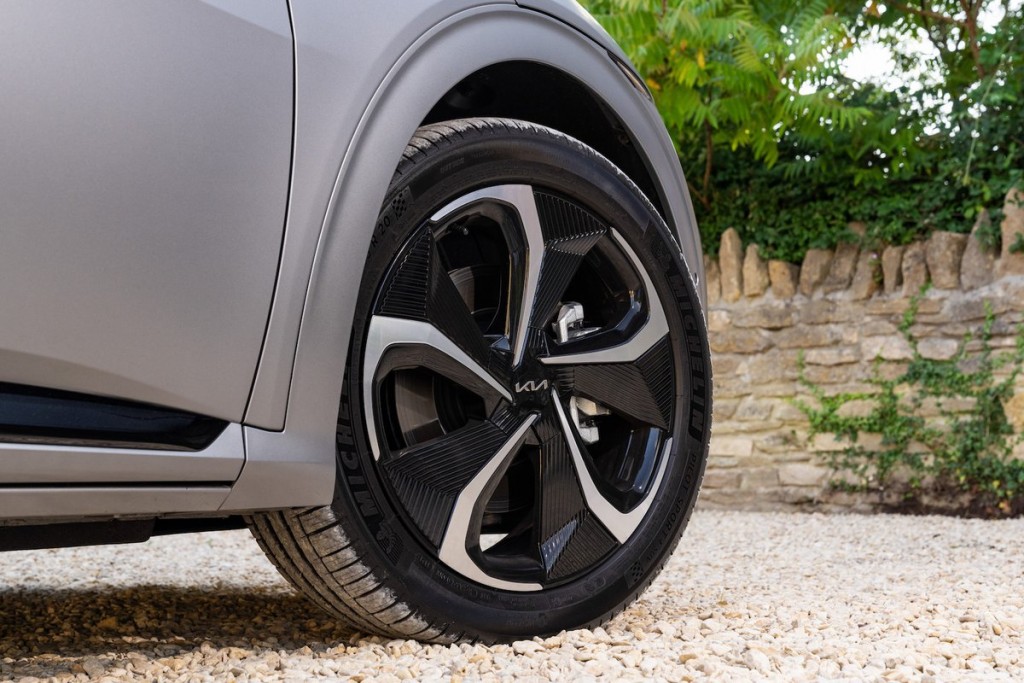 Kia has abandoned some ride comfort in favour of handling to make the EV6 more fun and agile on the road. But don’t be alarmed; the EV6 is still a comfortable car and offers a more pleasant ride by comparison to the BMW i3 and Tesla Model 3.

It also means the EV6 handles well and there is plenty of grip through the corners. You don’t get too much body lean either. There isn't much feedback from the steering but it is accurate enough for a car of this size.

And how much space is there inside?
Like the closely related Hyundai Ioniq 5, the EV6 is a deceptively large car and has excellent space inside. In the front there is plenty of leg and head room and there is a real sense of spaciousness. 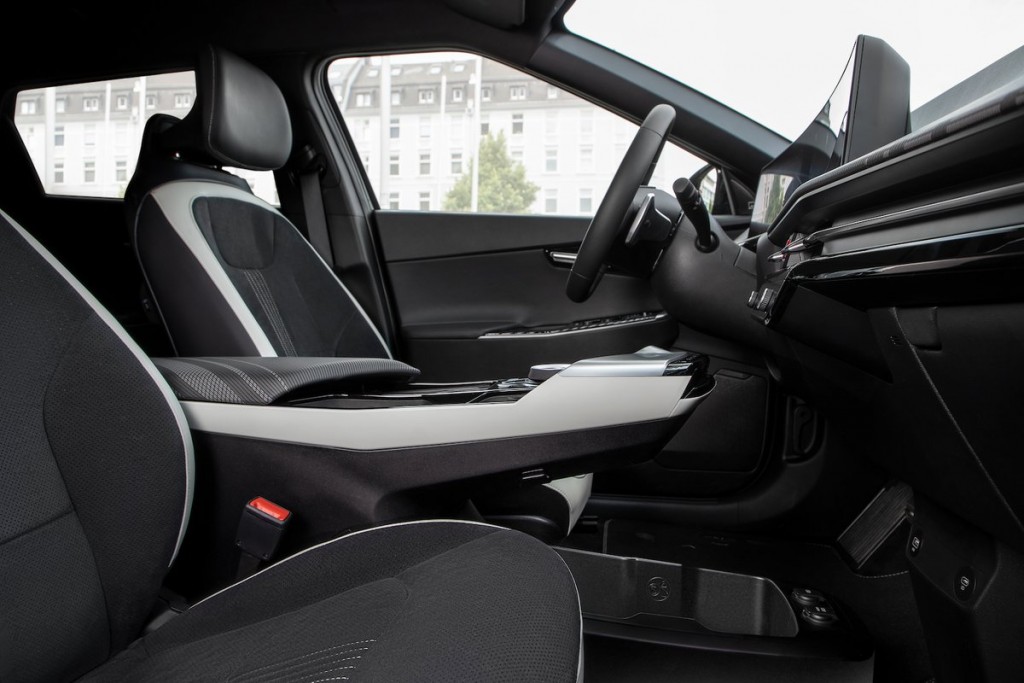 In the rear the leg room is comparable to that of a luxury saloon, boasting heaps of leg and head room and allowing you to get super comfortable.

Now I’m really excited. Are there any downsides?
Visibility out the back of the car is pretty poor. So much so that if you had any passengers obscuring your view you might not be able to see anything out the rear window. But even here Kia has an answer, having fitted a high-definition surround-view camera that has various different angles, including a bird’s eye view and 3D mode.

The EV6 does have a front boot (or ‘frunk’ as it has been coined). Rear-wheel-drive cars get 52 litres of space, but opt for the four-wheel-drive option and this drops to 20 litres to accommodate the front battery. Bring much more than a laptop and you’ll run out of space. 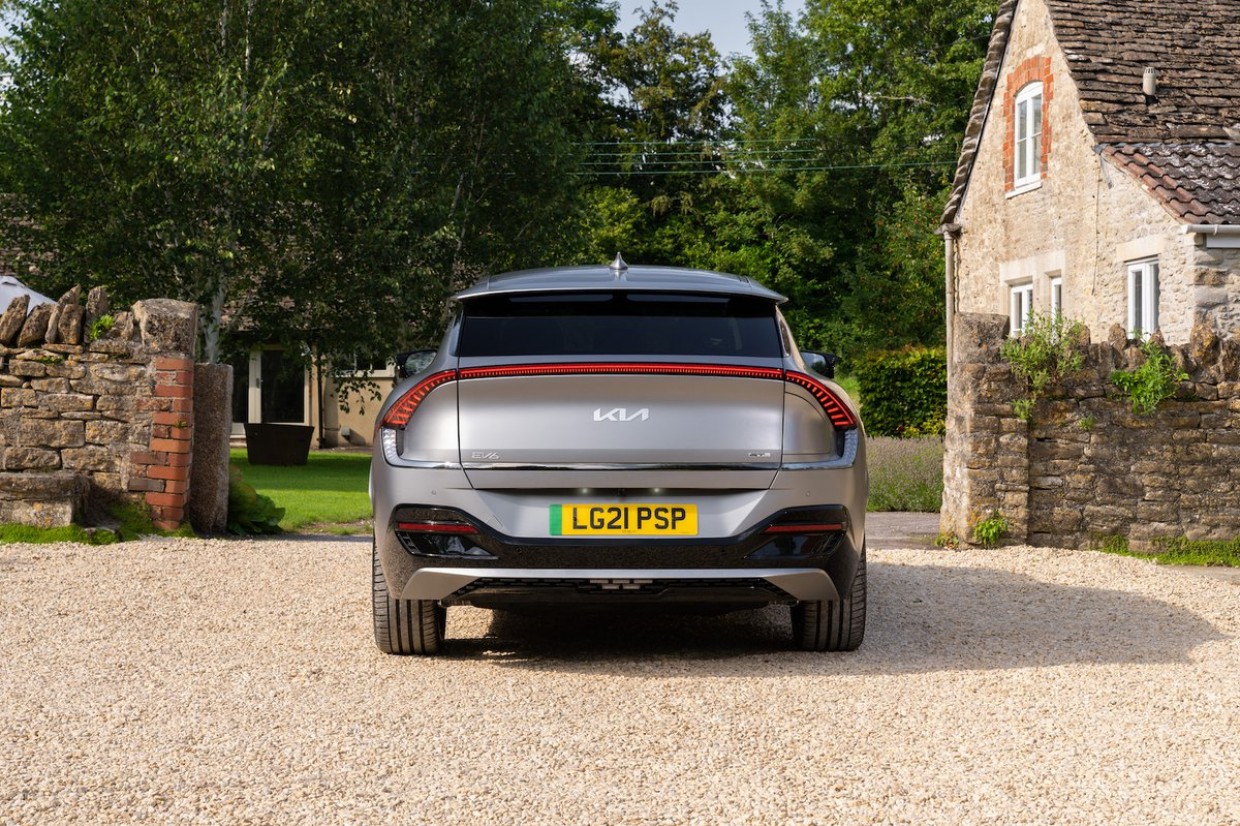 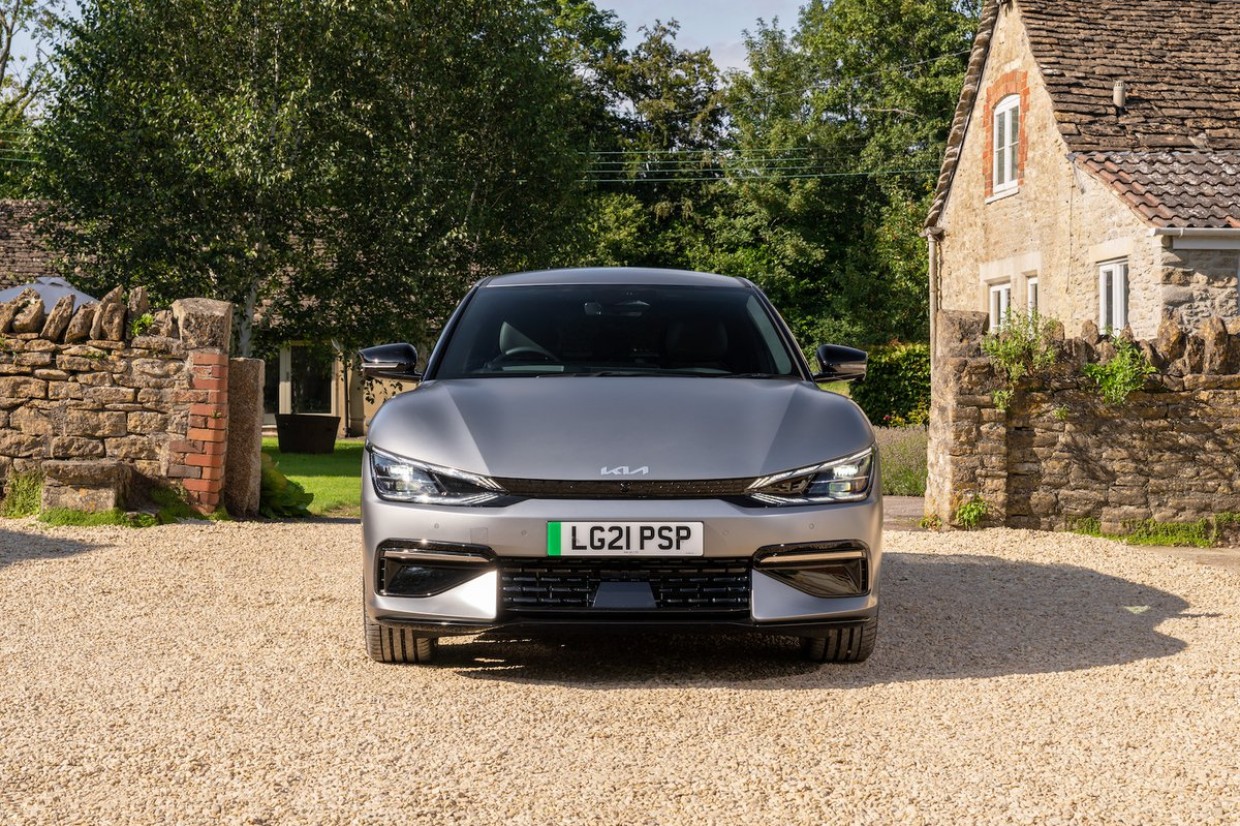 You also get a lot of road noise from the 20-inch wheel rims on the GT-Line S model. If this is going to be a bug bear we suggest you go for the Air or GT-Line trim as they come with 19-inch wheels, which are quieter and boost comfort (if not jaw-dropping looks).

Should I consider any rivals?
Even though they share the same platform, the Hyundai Ioniq 5 differs from the EV6 in a number of ways. It offers the same excellent technology and has tonnes of space both in the front and rear, but it’s a bit softer and has a more floaty ride. It too can be charged using an ultra-rapid device and can be optioned with either a 58kWh or 73kWh battery.

If you want a car with a more premium badge, the Audi E-tron, BMW iX, Jaguar I-Pace and Mercedes EQC are all worth a look, but you will pay a lot more for a car of similar capabilities. 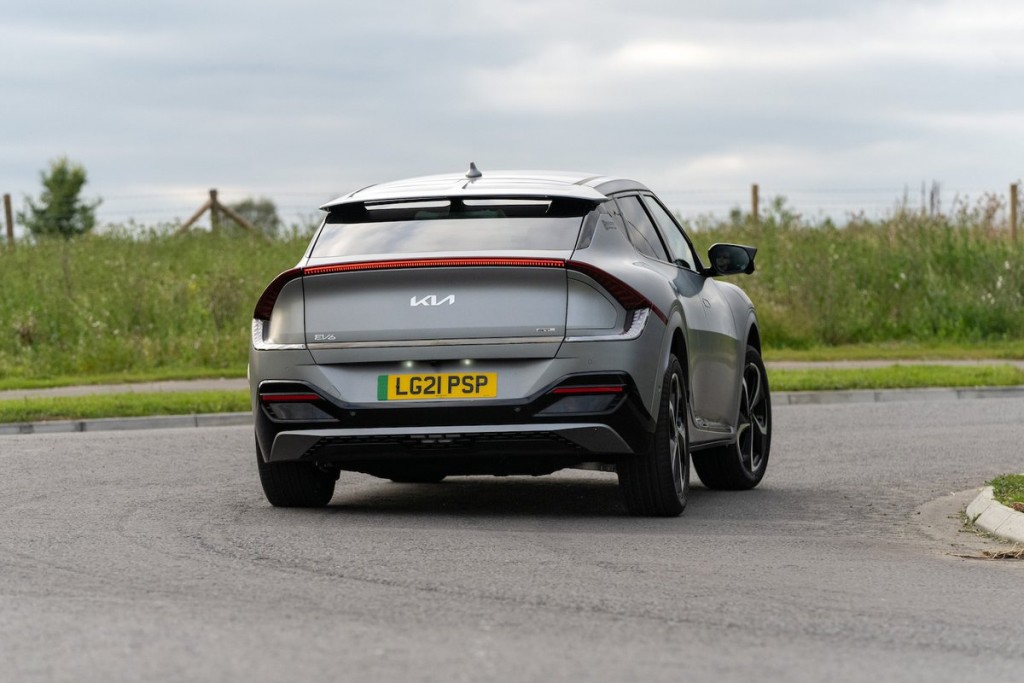 Verdict
If you want a good-looking, well-equipped, practical, spacious family SUV that is good to drive then the Kia EV6 could be the car for you.

Sure it’s not quite as good on the road as the Tesla Model 3, and the Hyundai Ioniq 5 is perhaps a more comfortable choice, but to offer so much for such a competitive price makes it one of the most convincing electric cars we’ve ever driven.