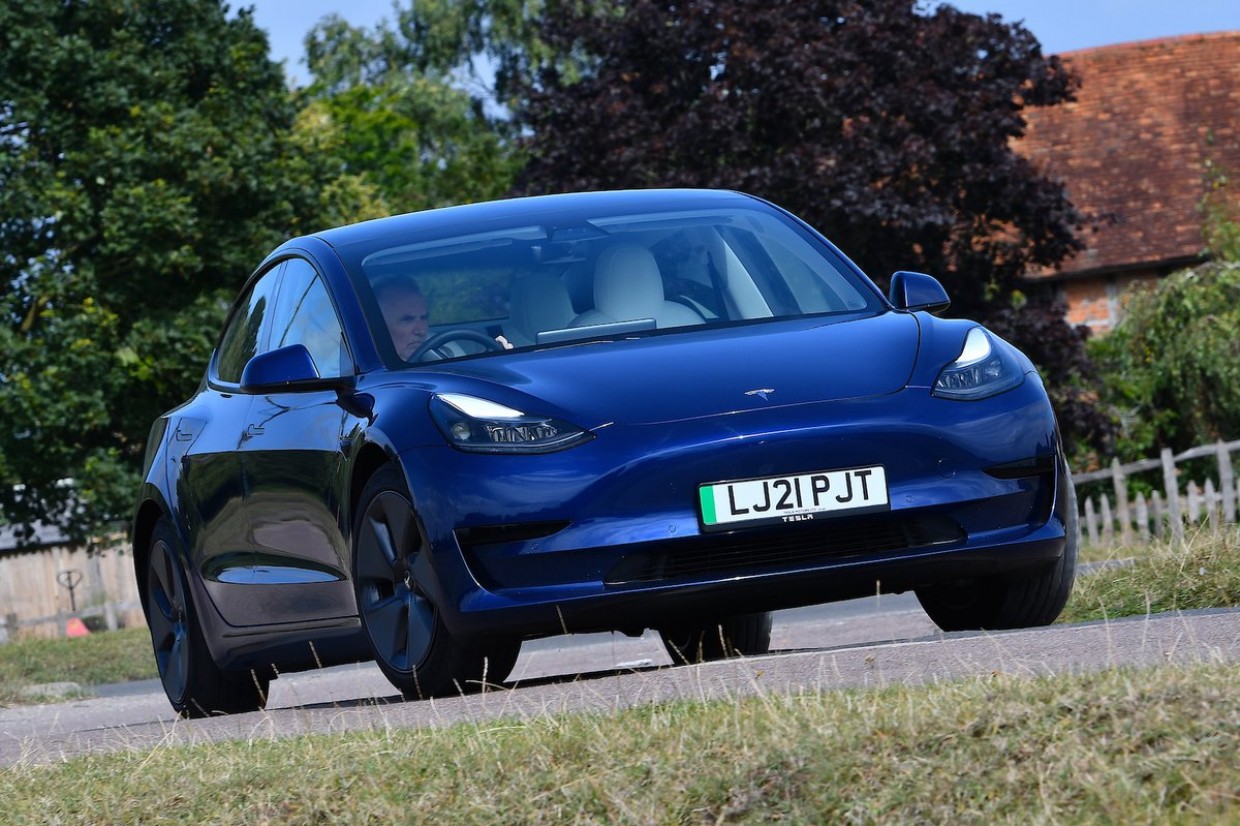 Sell it to me in a sentence...
The Tesla Model 3 is the best-selling electric car in the world, offering excellent value for money, terrific range, strong practicality and a variety of technological features that set it apart from its rivals.

Okay, one sentence wasn’t enough. Tell me more...
Think of the Model 3 as the electric equivalent of the BMW 3 Series and you won’t go far wrong in terms of its dimensions, all-round capability or ubiquitous appeal. It’s a serious all-rounder that showcases all the positives of Tesla’s journey into the mainstream. 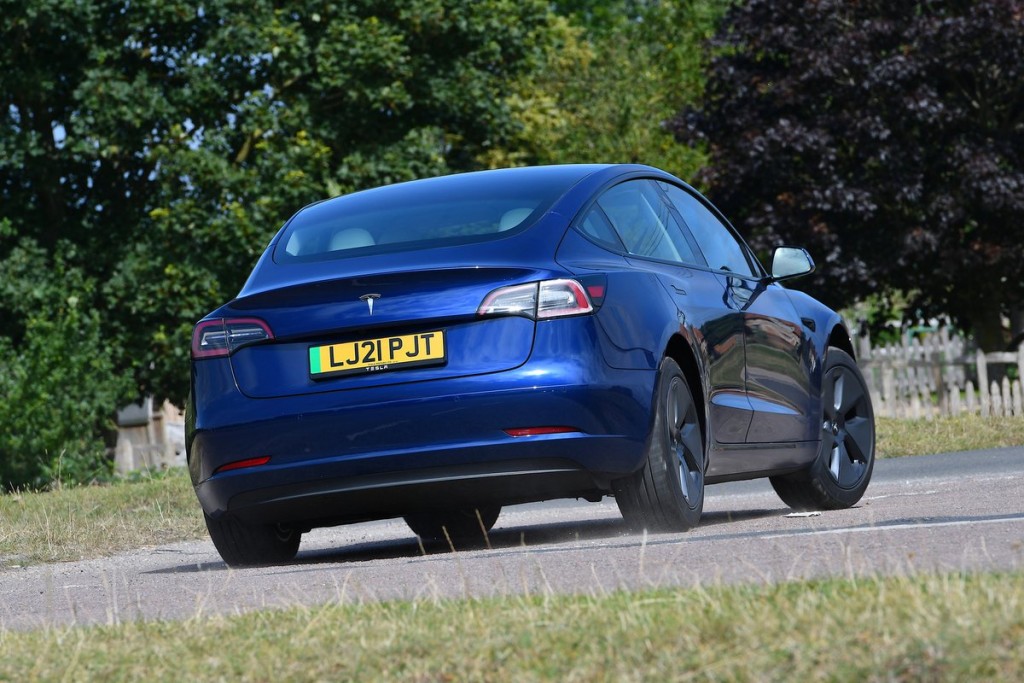 Headline grabbers include an official range of up to 374 miles, access to probably the best public charging network there is at the moment, a seriously high-tech take on the car’s controls and an eye-catching - and hair-raising 0-60mph time that can be as low as a Ferrari or Lamborghini troubling 3.1sec.

Intriguingly, Model 3s also have a habit of getting better while they are sat on your driveway, thanks to Tesla being able to upgrade it over-the-air. These have been used to improve many aspects of the cars, but perhaps the most useful of all have been tweaks to extract a little more efficiency from its battery.

Where do I sign?
Hold up. There’s more you need to know first. Assuming you know your own mind when it comes to paint colours, the biggest decision you’ll have to make as a Tesla Model 3 buyer is how much range and performance you want from your car. 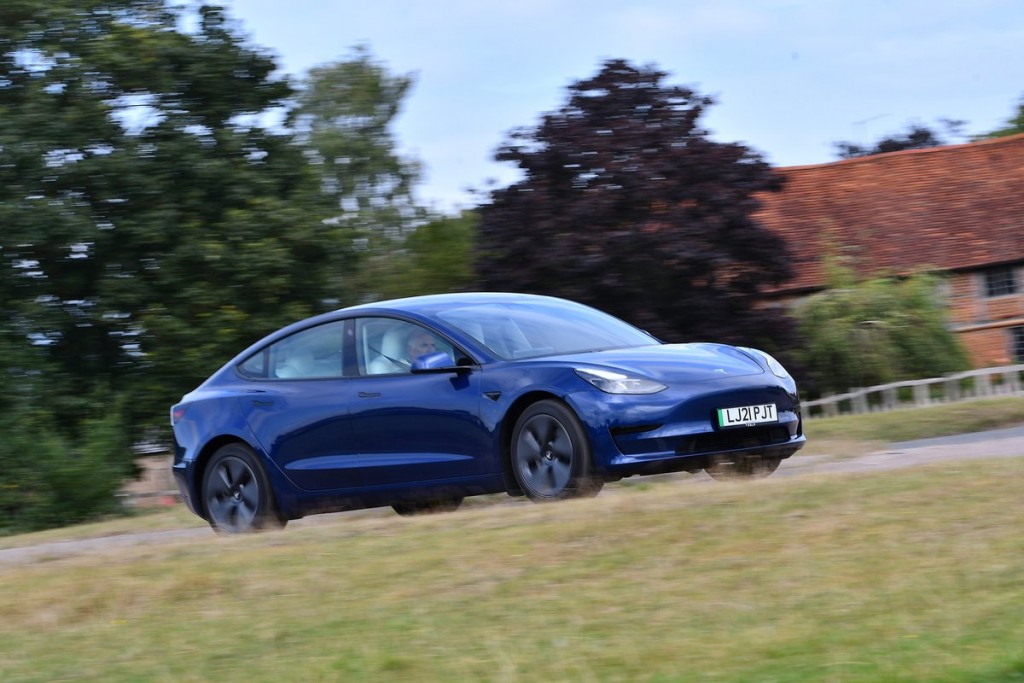 Slightly confusingly, the line-up starts with Rear-Wheel Drive, goes up to Long Range which, you guessed it, has a bigger range to allow for longer drives between charges, and a Performance variant, which promises to brush aside even the most potent petrol cars in a race away from the traffic lights.

Although it is not officially stated by the company the battery size of the Rear-Wheel Drive variant is around the 50kW mark, with the Long Range and Performance models nearing 70kW.

The entry-level Rear-Wheel Drive offers about 50kW of battery power, which equates to an official range of 305 miles. That increases to 374 miles for the Long Range model. Performance comes in at 340 miles, a couple of miles of travel swapped instead for the option of blistering acceleration. 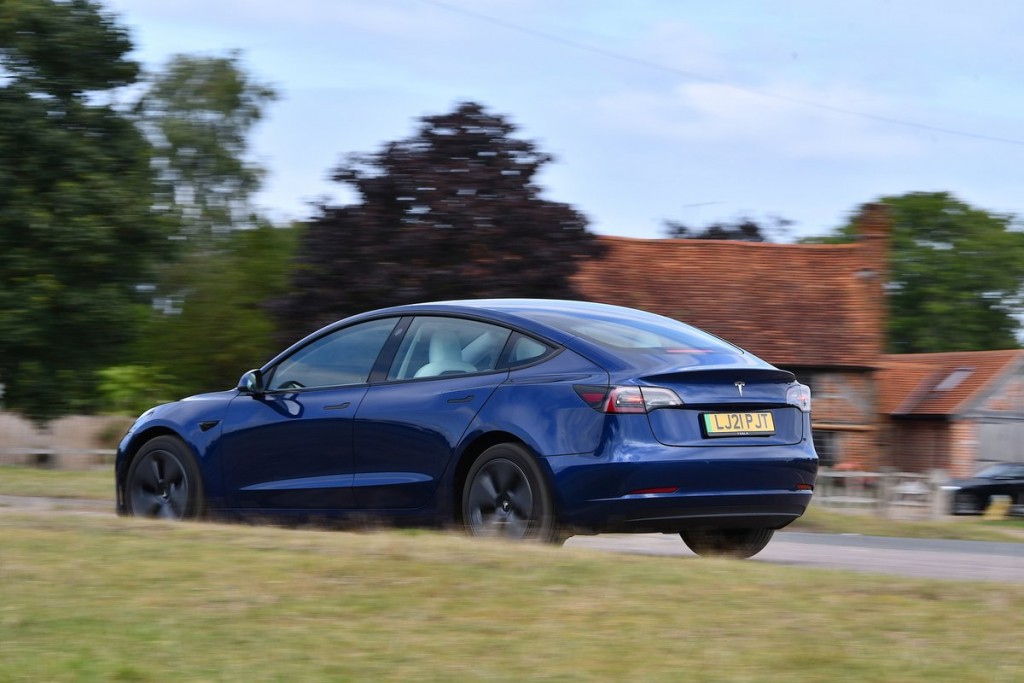 Just remember that your driving style, weather conditions and the reality of stop-start driving in the real world will mean you might get less miles from a charge than the official claims: in our experience, it’s best to allow a 20% margin.

With Tesla ownership comes access to their formidable Supercharger network, which is widely acknowledged to be the best public charging option bar none (although it’s also worth noting that the charge port accepts any kind of charger). Using a 120kW charging point you can charge your Model 3 from 10% to 80% in not much more than 30 minutes.

Many owners will charge at home, however. A standard 7kW home charger will give you full charge in around nine hours for the Rear-Wheel Drive and around 11 hours and 15 mins for the Long Range and Performance models. 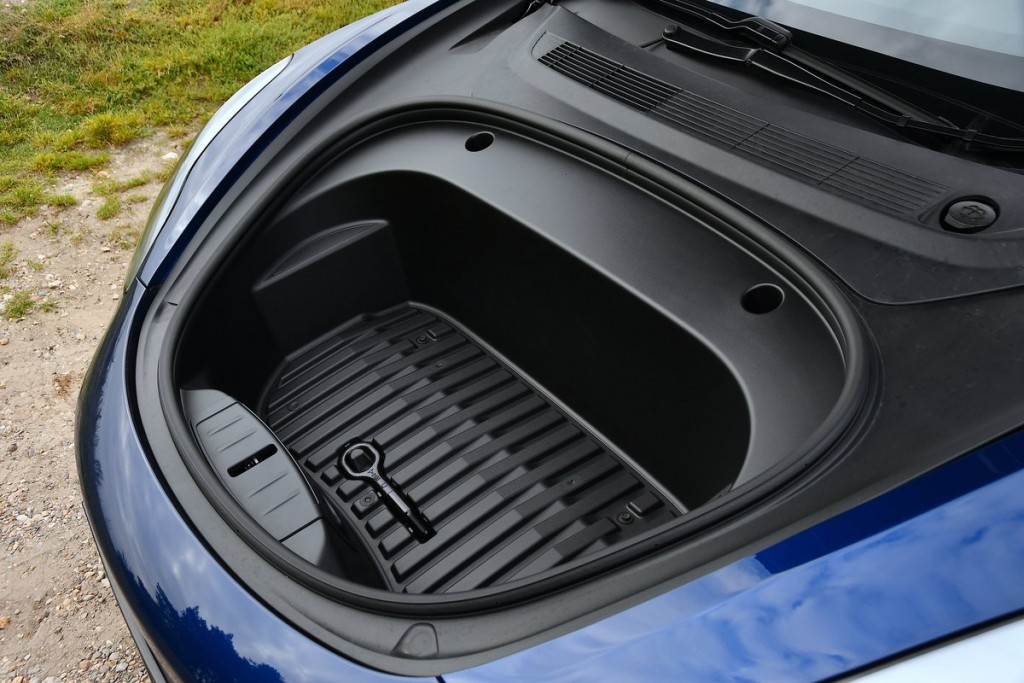 Great. Now can I sign on the dotted line?
Nope, because there’s more than just range and charging times to consider, as performance is also dictated by which model you choose.

Even as the affordable Tesla the Model 3 packs a serious punch when it comes acceleration, with the entry level Rear-Wheel Drive variant managing a 0-60mph time of 5.3sec, which is already streets ahead of most petrol and diesel rivals.

Fast forward to the aptly-named Performance model, complete with four-wheel-drive and an additional motor, and 0-60mph takes a mere 3.1secs, sweeping aside most supercars in the process. Who said electric cars were boring?

Of course, it’s not all good news. That pace is made possible by the instant thrust of the electric motors, but the weight of the battery pack presents dynamic challenges that even Albert Einstein couldn’t solve. The Model 3 is safe and assured, but is not a car that is thrilling to hussle through the bends, nor one that is especially comfortable over bumps.

Performance trim does come with stiffer suspension and 20in wheels, allowing for more speed through the corners and reduced lean. Long Range allows a little more body roll, while Rear-Wheel Drive is only two-wheel-drive and not quite as well balanced.

The brakes are intriguing, though. The feel is more natural than in some electric cars, and if you use the ‘Hold’ mode you can drive almost without ever touching the pedal, the regenerative braking force being enough to slow the car down in most instances. 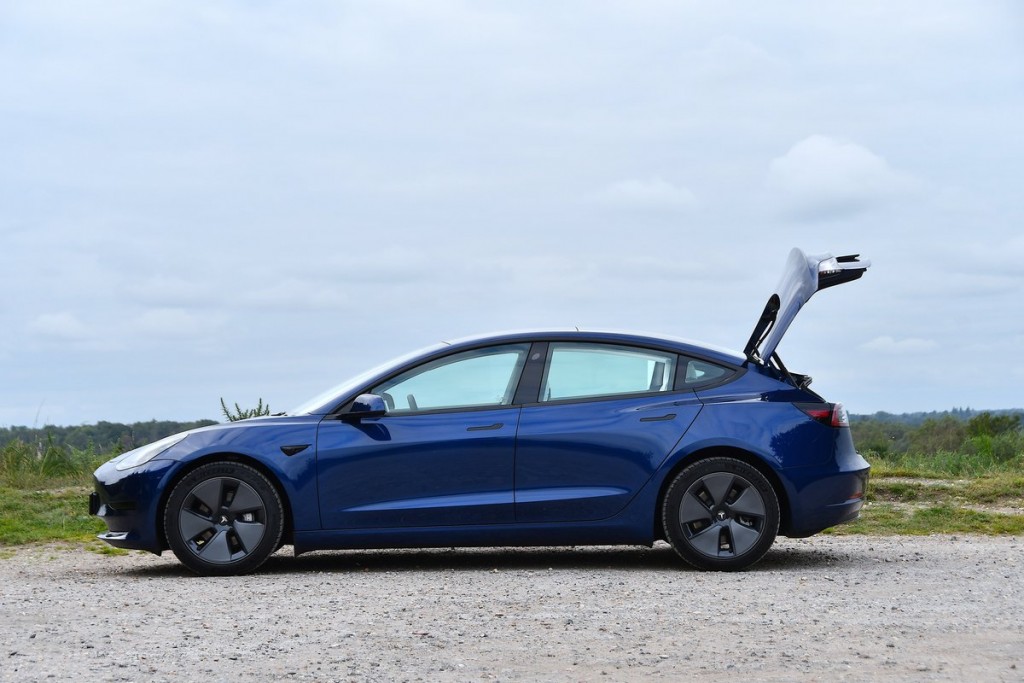 Finally, a word on Tesla’s Full Self Driving Capability. For many buyers this cutting-edge tech is as exciting as the car itself, but we’re beholden to point out that despite the a name this feature doesn’t mean you can hop into the passenger seat for a hot flask of coffee and an iced finger while the Model 3 takes you home.

Think more in terms of the system allowing you to change lanes by using the indicator alone, or to summon the car, for example out of a tight parking space, using a smartphone app. Clever? Certainly. Self-driving? Hmm. We prefer to call it assisted driving.

Hold up. There’s so much technology. Do I need a PHD to understand it all?
Not at all. Given how much technological wizardry is packed into the Tesla Model 3 it’s mildly amusing that when you climb into the car that almost none of it is immediately apparent. In fact, the interior of the Model 3 is a study in minimalist design, with barely a physical button to push, pull or turn on the dashboard. 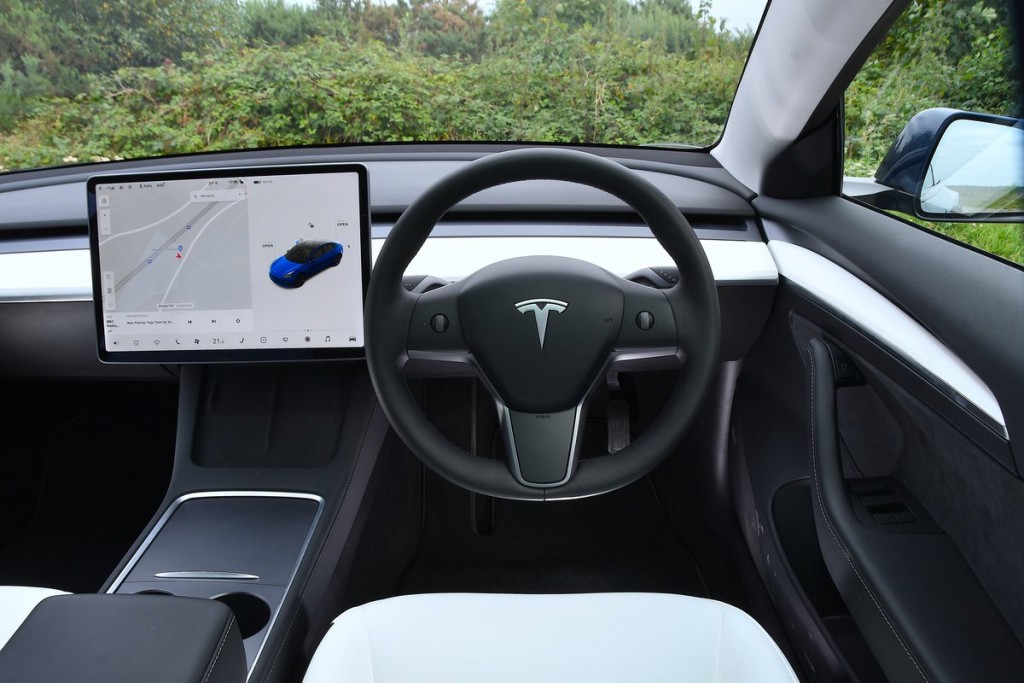 Instead, your eyes will swiftly turn to the giant, tablet-like, 15-inch central touchscreen, which displays everything you need to know - such as your speed - and gives you control of everything from the windscreen wipers to the sat-nav. Not all touchscreens work intuitively or quickly, but Teslas is among the very finest there are.

While that takes a bit of getting used to for drivers of more traditional cars, it does mean that added layers of fun are never more than a couple of touches of the screen away. Want to watch Netflix? No problem, so long as you aren’t driving at the time. Want to make your car’s horn sound like a screaming goat? That’s possible too, if a little odd. As is placing a virtual whoopie cushion on one of the seats. Humour comes in many forms...

There is no Apple Car Play or Android Auto but the system offers so many music streaming and phone connectivity features that you’re spoilt for choice. There are also two wireless smartphone charging mats to make sure you’ve always got a topped up battery, as well as two USB-C for ultra-fast device charging. 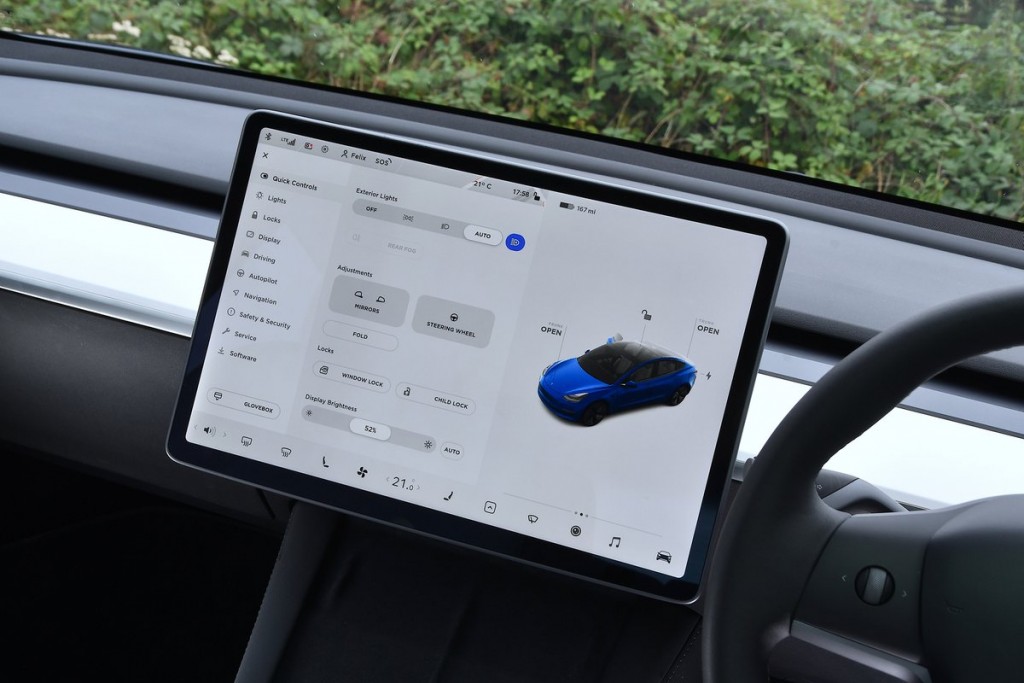 And if you’re worried about all the data you might be using, it’s also worth noting that the Long range and Performance variants come with a free plan for 12 months. Rear-Wheel Drive buyers only get 30 days, though.

If you’re an avid gamer and simply cannot wait to play on your games console when you get home then have no fear, the Tesla Model 3 has a selection of Atari games for you to play using the touchscreen display. We recommend pulling over to play Beach Buggy 2 where you use the steering wheels and pedals to play the game itself. Cool!

Enough now. Just give me the keys!
Hold up. This is the section where we tell you about all the niggles.

Take the touchscreen as an example. Due to its central position on the dashboard you do find yourself having to look further away from the road to check your speed than you would with a more normal speedo. A head-up display would cure such an issue. 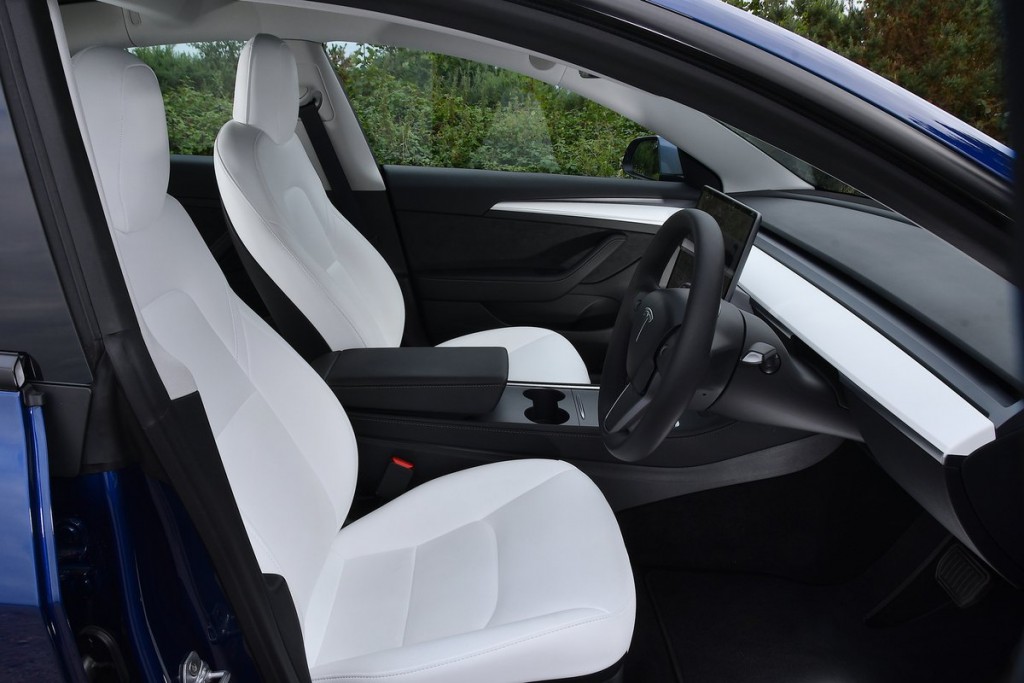 On the move, the touchscreen is not the most practical system either. To adjust the door mirrors, for example, you have to root around in the control menus and then fiddle with the buttons on the steering wheel to adjust them.

The windscreen pillars are exceptionally thick and are angled in a way that makes negotiating junctions a challenge. Despite a slightly hampered view upfront, rear view visibility is good, with all variants specced with parking sensors and a reversing camera.

Although improved, build quality is another area where the Model 3 falls short of the likes of Audi and BMW. The faux-leather lacks that premium touch and the steering wheel has a somewhat artificial feel. 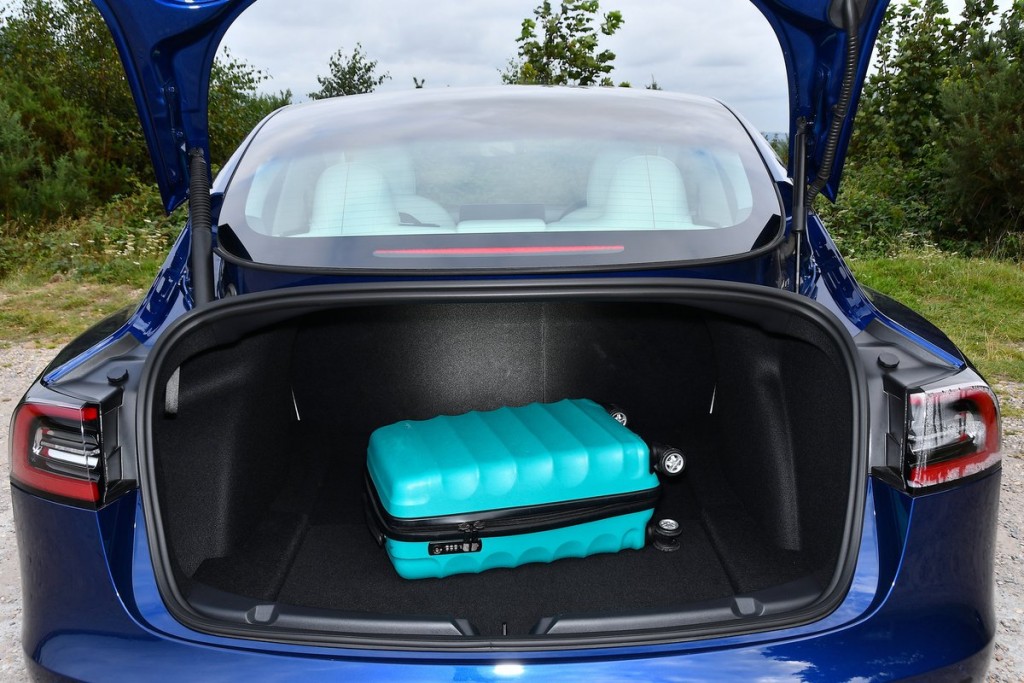 Should I consider any rivals?
If you want to go electric but think outside the mainstream, the Polestar 2 is the place to head. Despite its compromising weight, the 2 is a seriously quick car, with a solid range and an interior which edges ahead of the Model 3 in terms of quality.

Alternatively, we could understand why you might want more kerb appeal from your car in which case the Kia EV6 is worth a leftfield look. It’s eye-catchingly designed, has more space and offers serious value for money.

Verdict
You might have guessed we like it! Standouts are its price, range, performance and tech, plus the charging network that supports it. It didn’t become a best-seller by chance. 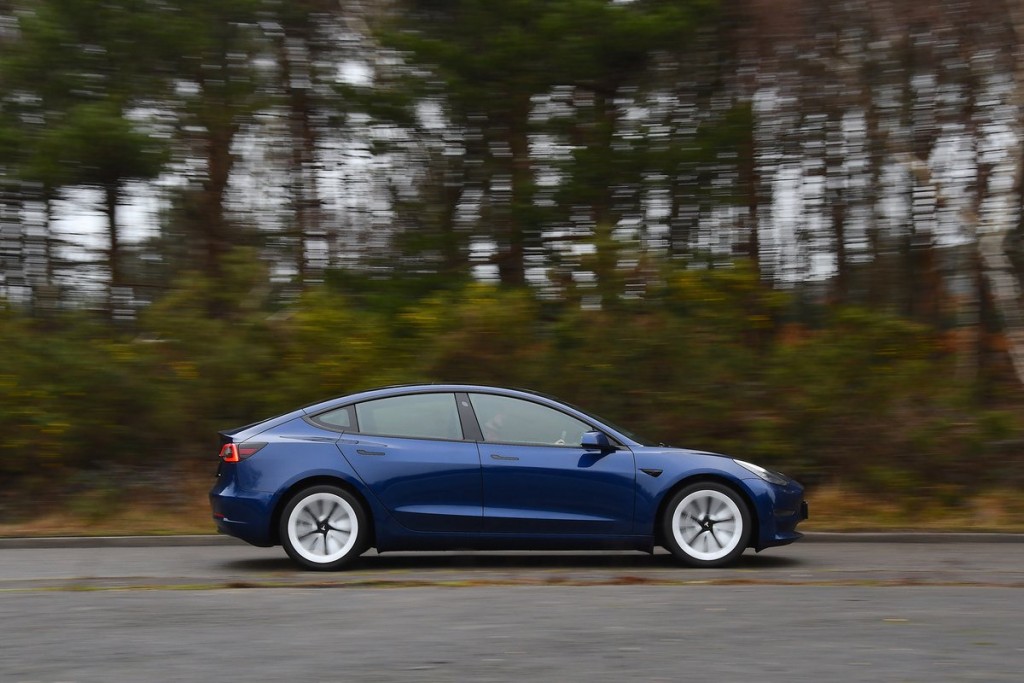