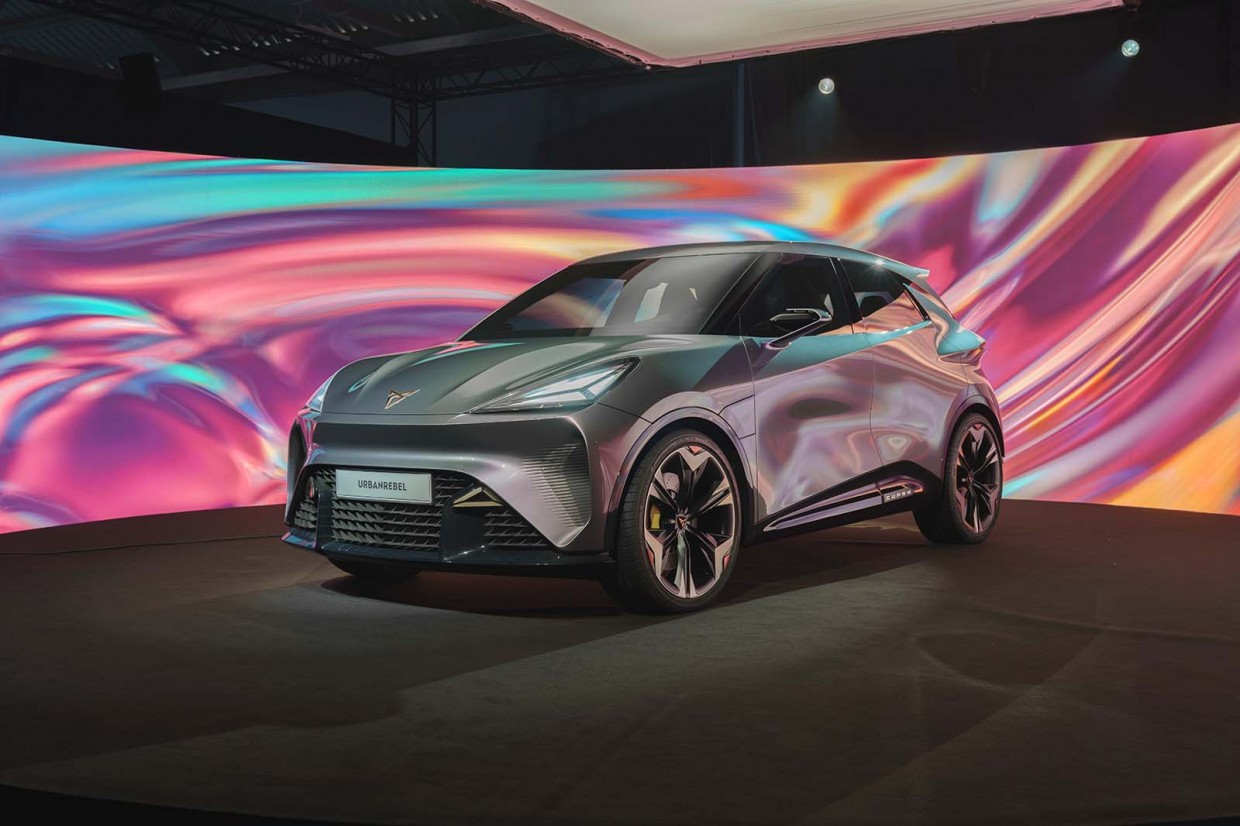 This is the new Cupra UrbanRebel concept, a boldly styled supermini that is due to arrive in 2025 and serve as the firm's entry-level electric model.

The machine was first revealed as a motorsport-based concept car at last year's Munich motor show, completely with a touring-car style aero package, which featured a wild rear-wing design and radical wheel covers. This new concept is far closer to production form, and shows a toned-down – if still bold – exterior design. 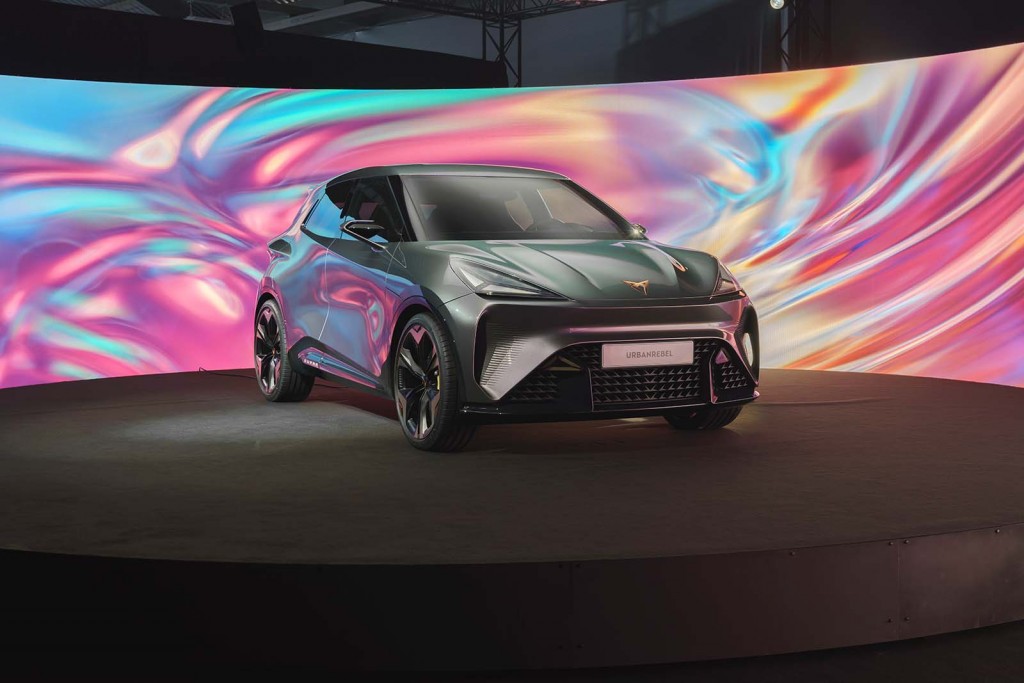 The UrbanRebel will become Cupra's third fully electric offering, following the Cupra Born and the 2024 Cupra Tavascan SUV. It is one of three small electric vehicles built on a new platform that will be launched by Volkswagen Group, and will be joined by machines from Volkswagen and Skoda.

The models will become the entry-level machines in the VW Group's fast-expanding EV line-up, effectively replacing the Seat Mii from Cupra's sister brand, the Volkswagen e-Up and the Skoda Citigo-e iV. All three new models are set to cost around £17,000. 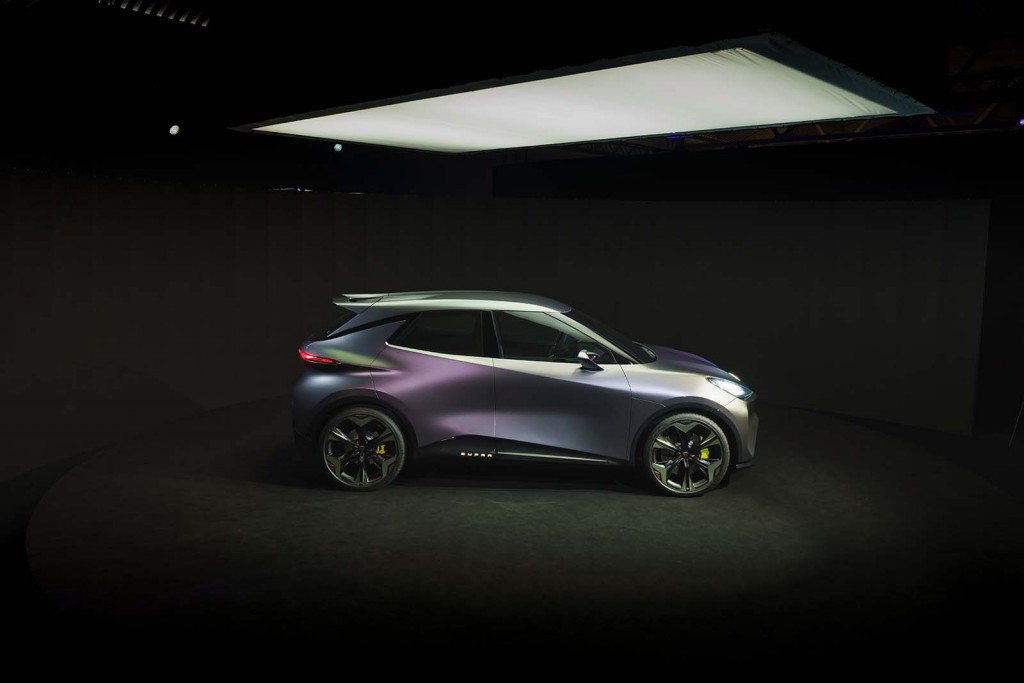 The trio of future electric city cars will be underpinned by VW Group’s new ‘MEB Entry’ platform - an adapted version of the firm’s MEB EV architecture which is currently used on a number of bespoke VW Group electric cars.

The modified platform is around 170mm shorter than the standard MEB platform, with the new UrbanRebel featuring a 2600mm wheelbase.

“The Cupra UrbanRebel will be the biggest project for our company in the upcoming years, since it is key for our transformation as a fully electric brand," said Werner Tietz, vice president for research and development at Cupra.

"We are leading the cluster development, the family of vehicles that will democratise sustainable urban mobility, for different brands within the Volkswagen Group."

The battery capacity of the small EV remains under wraps, but Cupra says its future model will have 166kW (231bhp) of power and achieve a 0-62mph time of 6.9 seconds.

The UrbanRebel is claimed to offer a commendable range of up to 273 miles. 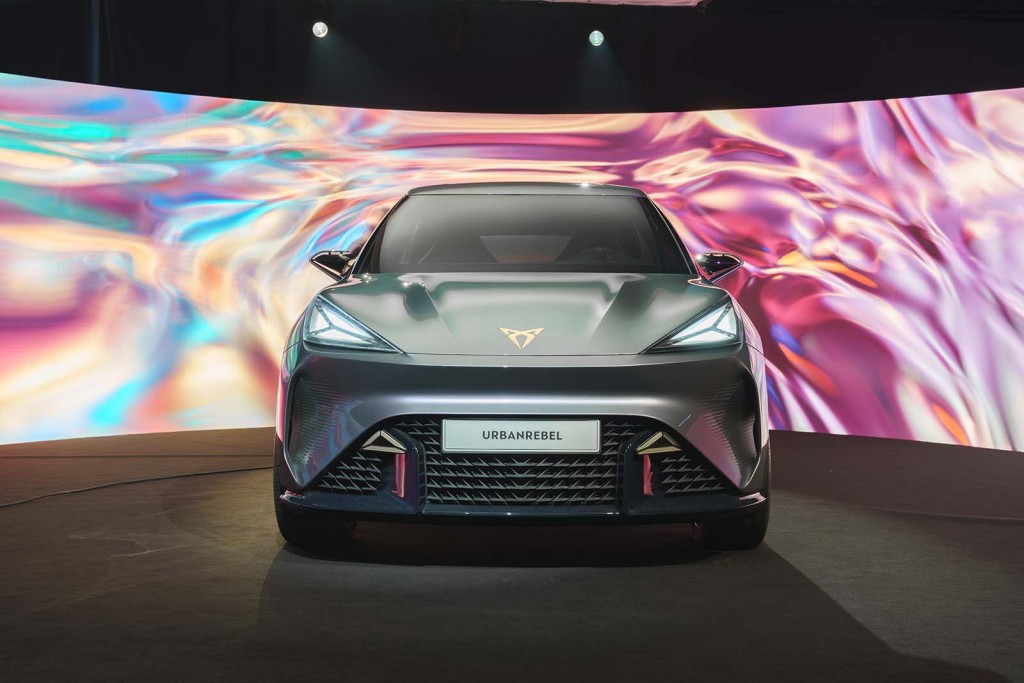 Proportionally the new EV nods towards the supermini segment and as the name suggests, is aimed at city use. At 4036mm long, 1975mm wide and 1576mm tall the new UrbanRebel has similar dimensions to the Renault Zoe. Where the Cupra differs however, is in its ground clearance, with the car riding 218mm high to improve visibility and give it a crossover feel.

Cupra says its forthcoming EV has been designed with a “sporty aesthetic with a lively and determined look”.

Upfront the UrbanRebel has a concave front apron with the lower half of the bumper featuring a more conventional grille. Either side of the front bumper are air vents to feed air down the side of the car. 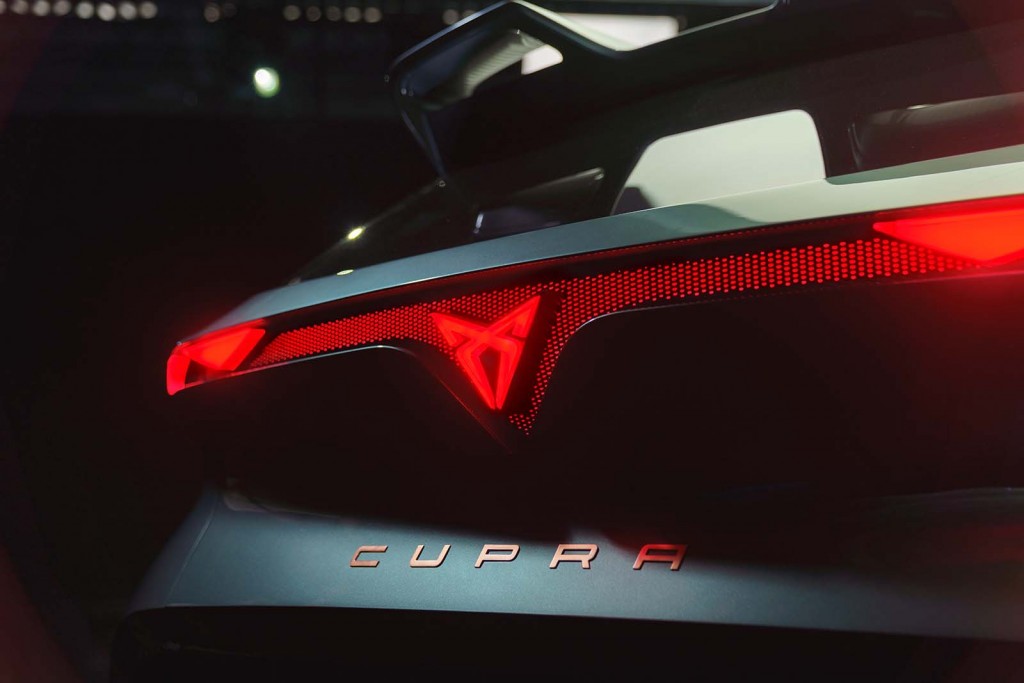 The Barcelona-based car maker stated the “two tension lines” on the bonnet highlighted the “use of extreme sculpturing” that had inspired the UrbanRebels exterior design.

Moving rearward the UrbanRebel features a wraparound LED light bar which – unlike the one found on the boot lid of the Born – incorporates the Cupra badge.

Cupra says that thanks to blacked-out A-pillars, the visual effect of a motorcycle helmet is created. 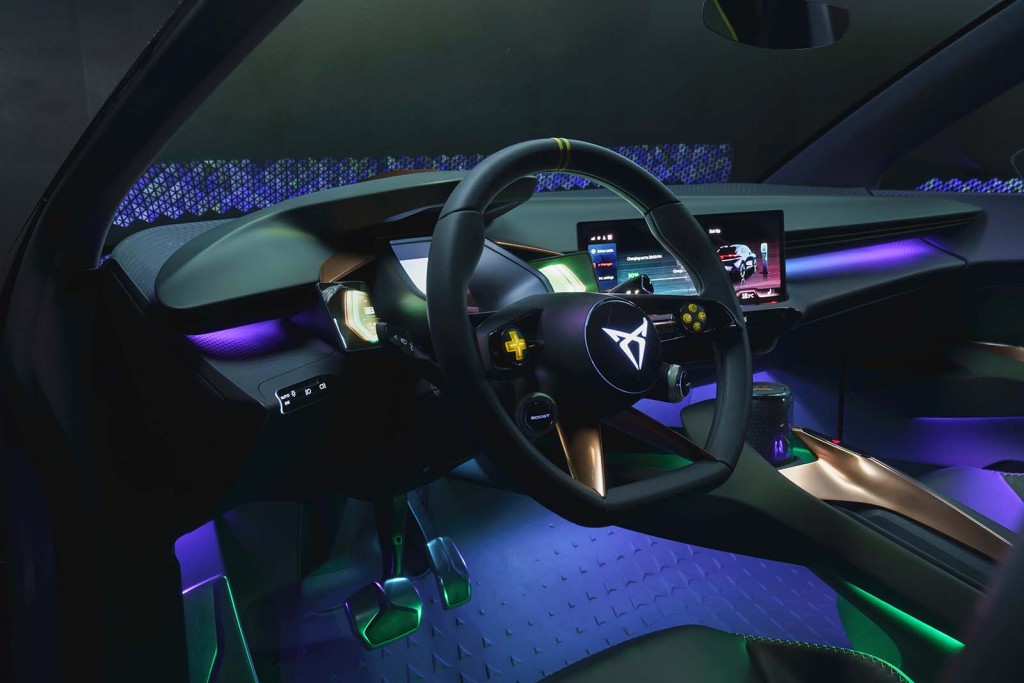 The striking design language of the exterior has been fed into the cabin of the UrbanRebel. Like many EV’s, the Cupra takes on a minimalist approach, with the dashboard dominated by a high-resolution digital display that is angled towards the driver.

Below the screen sits a floating centre-console which has been finished in copper - a colour previously used to highlight elements of the Cupra Born. 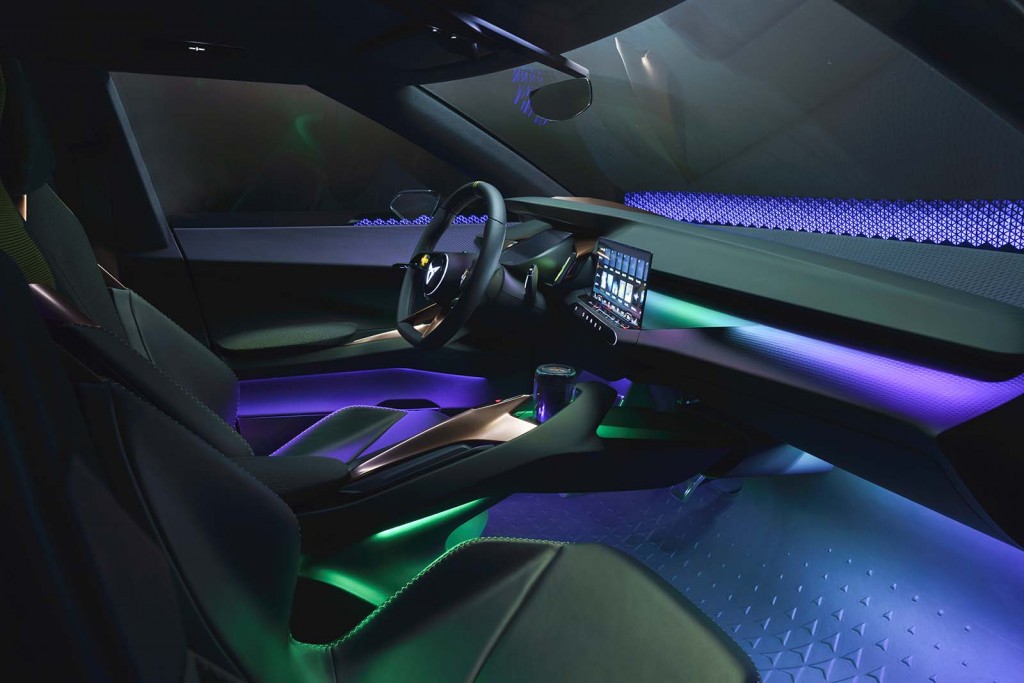 Inside the firm has also added purple and green ambient lighting as well as a patterned floor design.

Cupra has implemented a number of sustainable materials, citing the use of “recycled polymers and bio-based materials” throughout the interior. 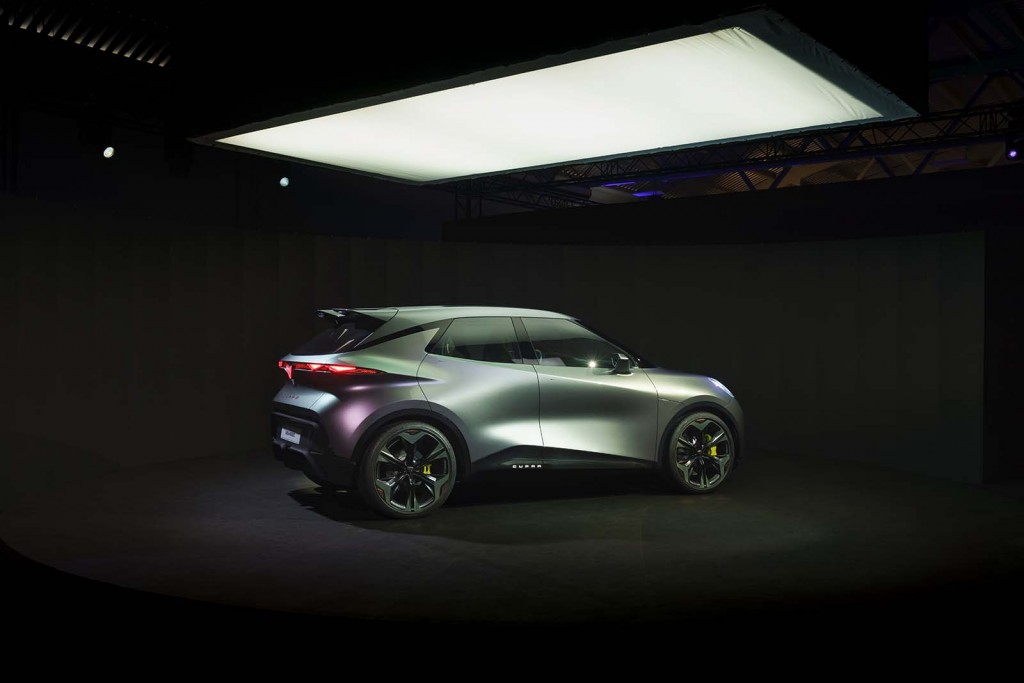 The UrbanRebel, as well as the future models from VW and Skoda, will be built at a new factory in Martorell, Spain. Although not confirmed, the new Cupra EV is expected to cost from around £17,000.