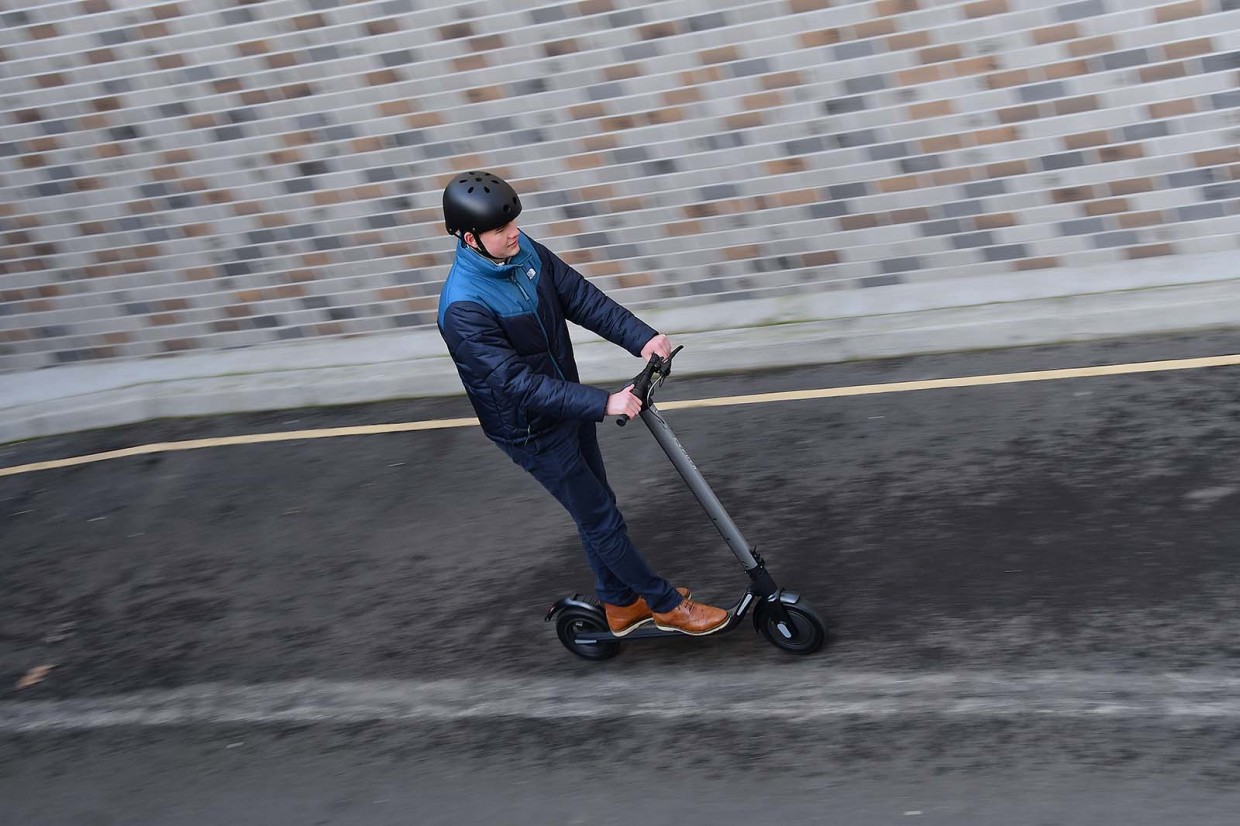 Legislation that will allow private e-scooters to be used on public roads is set to be included in the Queen’s Speech next week, Transport secretary Grant Shapps has said.

It it currently legal for anyone to buy an e-scooter, although it is currently illegal to use a private machine on public roads. Only e-scooters that are part of government-approved rental trial schemes are allowed to be used on public roads. Rental machines are limited to 15.5mph and include numbers other safety features including lights and GPS technology that prevents them being used in prohibited areas.

Are e-scooters legal in the UK? Move Electric's guide

As previously reported by Move Electric, the government has been considering steps to legalise e-scooters, which will likely require the creation of an entirely new category of vehicle.

Speaking to the Commons Transport Select Committee, Shapps said that he wanted to “crack down on the illegal use on roads of non-compliant e-scooters.”

When pressed by committee member Simon Jupp on the number of collisions involving e-scooters, Shapps replied: “We will take powers to properly regulate and then be able to decide the usage of them.

“They’re a reality, they exist. And if these things exist they need to be made safe, and the trials have been useful in gathering data.”

Accident data suggests that unregulated private e-scooters, which are not required to have speed limits or safety features, are significantly more dangerous than those featured in rental schemes – and it is likely that the government plans will involve regulations broadly in line with those.

That means that private e-scooters would likely be limited to 15.5mph – and potentially less in certain areas – and will need to feature safety features such as wide boards, larger wheels, lights and acoustic warning systems. Most e-scooters firms have also introduced unofficial licence plates, and the government could consider a similar move.

What isn’t yet known is what will happen to the hundreds of thousands of private e-scooters already in use, which likely includes a significant number that would not meet the likely new regulations.

In response, AA president Edmund King said: “The Government is right to address this issue and bring in regulations rather than allowing some of our cities to be over-run like the Wild West with illegal scooters.”

Move Electric's opinion: An important step for the future

As fans of electric mobility, at Move Electric we’re enthusiastic about the potential for e-scooters to be a viable, environmentally friendly form of transport in the right environment. So we’re predictably encouraged the government is pressing ahead with plans to legalise them.

That’s not just because of the benefits that e-scooters can bring. It’s also a vital move that should help to calm some of the many, often vociferous, e-scooter critics.

We can understand why some people fear e-scooters: they’re new and different, and it’s easy to find examples of private machines being driven illegally, irresponsibly and dangerously. But that’s by a small minority of riders: the safe, sophisticated rental e-scooters run by firms such as Lime, Superpedestrian, Dott, Tier, Voi and others have shown they can be a comparatively safe form of transport.

E-scooters are here, and they’re not going to go away - even if the government banned them. But by legalising them, the government can introduce regulations to make all e-scooters as comparatively safe and effective as the rental machines and put in place proper infrastructure and rules to support them.