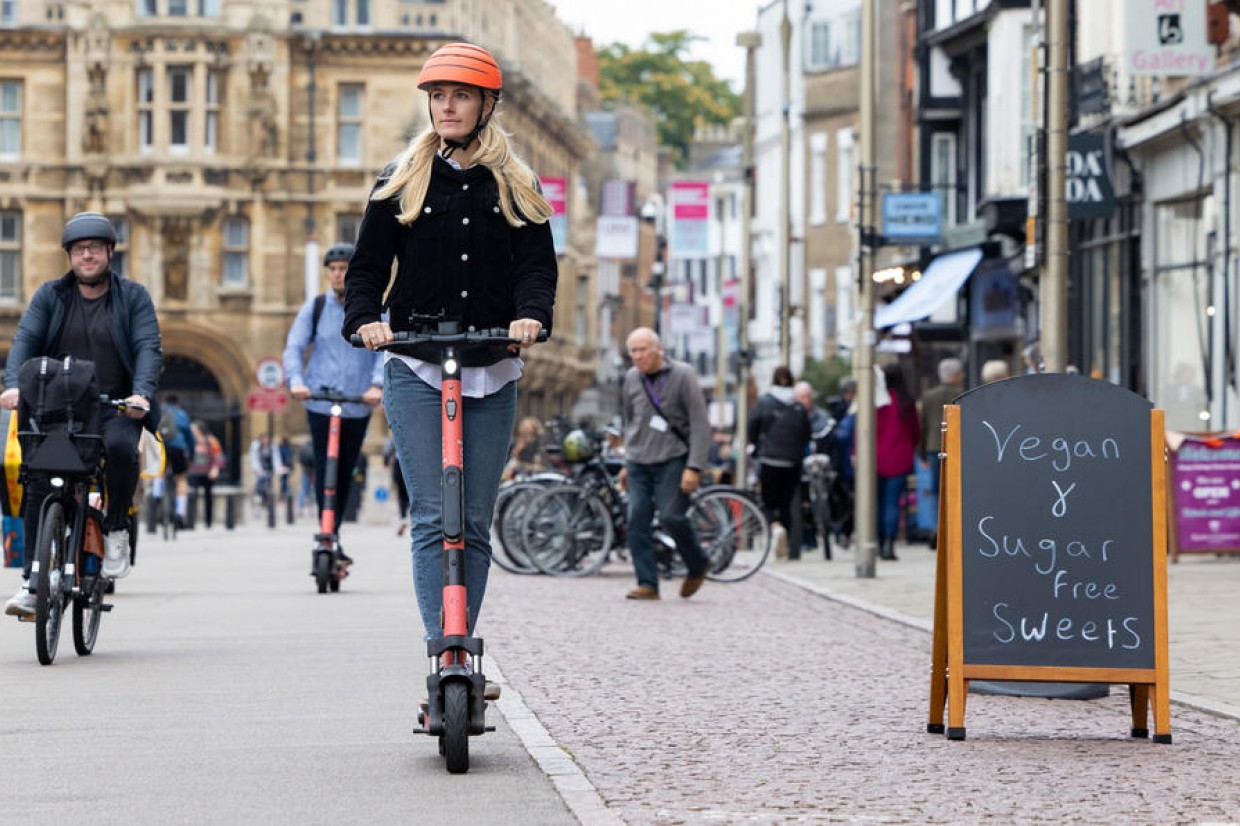 Electric scooters have been steadily increasing in popularity in recent years.

The appeal of e-scooters owes much to offering a greener alternative to using a car or motorbike while still being less physical than cycling or walking.

But while you are increasingly likely to see them on your travels, on pavements, cycle lanes and roads, should they even be there?

Here, we’ve put together the key information you need to know about e-scooter use in the UK, including detailing how you can legally enjoy this relatively new and increasingly popular mode of transport, and what the risks are if you choose to use one outside of the provisions made by the law.

Are e-scooters legal to buy and use?
Major high street and online retailers are actively promoting the sale of e-scooters owing to their growing popularity, so it’s probably no surprise to learn that it is completely legal to purchase one.

However, crucially, privately owned scooters are restricted for use solely on private land with the permission of the land owner. It is illegal to use a privately owned e-scooter on pavements, cycle paths or roads at present.

Under current UK law, e-scooters are classed as ‘powered transporters’ and as such are treated in the same way as motor vehicles, so pavements and cycle paths are strictly off limits. In turn, for road use, they would have to meet the same requirements as cars and motorbikes and have the correct MOT, tax, insurance, licence and construction techniques, which currently is virtually impossible technically and financially.

However, the government is consulting on whether to change the law to make e-scooter use legal and is set to deliver a verdict in March 2022.

Already, in numerous countries around the world, e-scooters have been legalised and retailers are lobbying for the UK to follow suit. A spokesperson for retail giant Halfords told Move Electric: “We believe that e-scooters for private use should be legalised. They provide clear environmental benefits, help people improve their access to travel and are hugely enjoyable to use.

“However, we are a responsible retailer and want to see tight standards on speed limits, where they are used, and on safety features, such as reflectors. E-scooter use should be aligned with the Highway Code and rules that govern e-bikes.”

Are any e-scooters legal?
Yes, but currently only via government-approved and council-sanctioned trials. These include schemes currently taking place across England until March 2022.

At present, these schemes are the only way you can ride an e-scooter on public land without breaking the law, and their use still includes a number of restrictions and rules.

Firstly, you must be over the age of 18 to hire one.

Furthermore, you must have the category Q entitlement on your driving licence. If you are in doubt as to whether you have this, it is worth bearing in mind that a full or provisional UK licence for categories AM, A or B includes entitlement for category Q.

If you then rent an e-scooter, it can only be used within the boundaries of the trials. It’s also worth reading the small print, because further restrictions may apply depending on the area you are in.

There is also a maximum speed limit of 15.5mph, but this can be reduced to as low as 8mph in certain areas. Often these limits are enforced via tracking, so the e-scooter will automatically restrict its top speed, but it is good to be aware of the rules yourself.

You must also have insurance. At present, e-scooter rental operators currently supply this as standard.

You may use a trial e-scooter on the road - albeit with the exception of faster roads, dual carriageways and motorways - and in cycle lanes but you must not use an e-scooter on the pavement.

Are the rules of the road different on a rental e-scooter? 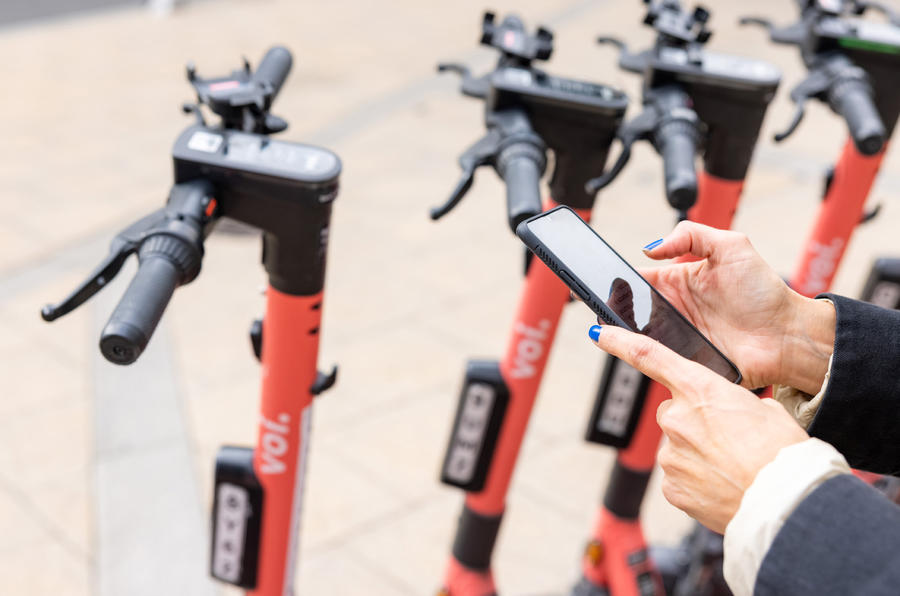 The same rules of the road apply to rental e-scooter users as any other road user.

Mobile phone use is banned and riding under the influence of drink or drugs will lead to prosecution.

You aren’t allowed to carry a passenger on an e-scooter and there are some weight restrictions that must be adhered to. Refer to the hirer for details of these because they can vary.

How do I ride an e-scooter legally?
There are currently more than 50 towns and cities across England taking part in e-scooter trials. However, there are no trials at the moment in Scotland, Wales or Northern Ireland.

The trials are centered mainly in urban areas, where there is a focus on trying to reduce congestion and air pollution caused by the number of vehicles and to replace short journeys with greener transport solutions.

If a trial is operating in your area, you will need to download an app and register with an operator. Then, once you’ve located a vacant e-scooter (which the app will help guide you to), just follow the instructions on the screen.

So long as you meet the requirements to ride, the e-scooter will be released and you can get on your way.

Hire prices vary, but typically start at £1 to unlock the e-scooter and 15p a minute thereafter. Some operators offer daily, weekly and monthly passes for a set fee, albeit often with daily ride time limits.

Can I use my own e-scooter in a trial area?
No. The purpose of the trials is to establish how safe e-scooters are, how they can integrate within the current transport system and ultimately decide if they have a viable role to play in a future transport landscape that includes micro-mobility.

As such, the official trial e-scooters are monitored and geofenced to stop them leaving certain areas and they have restrictions in place to avoid things like speeding.

The trials have been set up to allow the companies running them and authorities to monitor who is using them, how long they are used for, distances travelled and rider behaviours, with the end goal of having enough data to decide whether or not they should be legalised.

This simply can’t be done with privately owned e-scooters

What are the risks if I use my own e-scooter on public land? 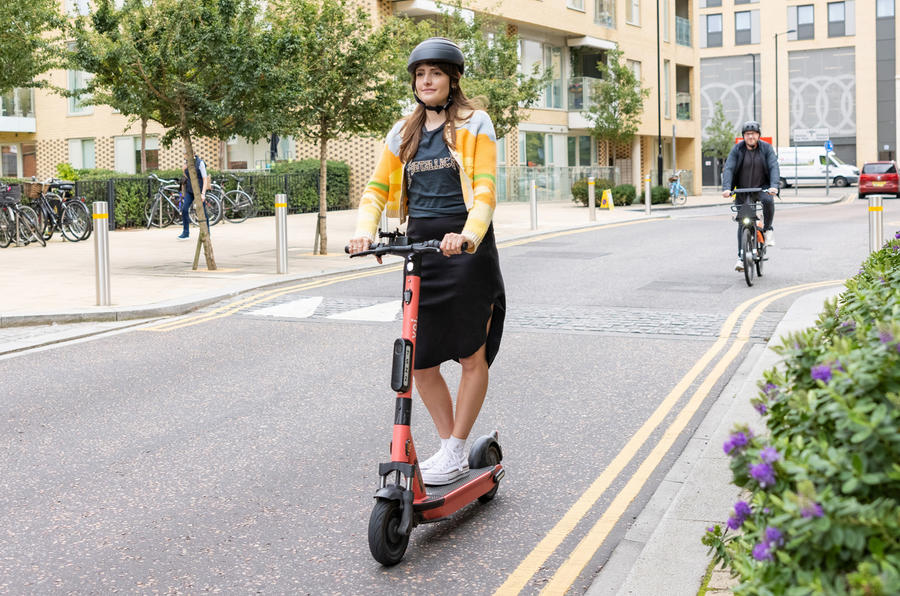 Riding your own e-scooter out in public will put you on the wrong side of the law.

Government legislation is clear on the risks, stating: “The potential penalties depend on the nature and gravity of the offence, and sentences range from fines and penalty points to disqualification from driving.

“Those who use powered transporters dangerously or under the influence of drink or drugs can also be convicted of offences leading to imprisonment. Offences related to the standard of driving and speeding also apply.”

It is also worth noting that your e-scooter could be seized permanently - a sizeable punishment in itself, given that prices typically start at £300 and rise to £1000s.

Following the launch of trials in London, chief superintendent Simon Ovens of the Metropolitan Police Service stressed that the trials would not lead to any more leniency towards private owners e-scooting on public land: “The Metropolitan police are pleased to support this trial to enable the government to be informed of how these e-scooters may form part of our transport infrastructure in the future.

“However, we'd like to remind everybody that private e-scooters used outside this trial remain illegal and will be dealt with by way of seizure.”

What does the future hold for e-scooters?
The current trials are due to end in March 2022, having been pushed back as a result of the Covid-19 pandemic.

It remains uncertain which way the consultation will go, although the majority of pundits expect the UK to follow the lead of other European countries and allow the use of hired e-scooters with strict regulations regarding safety and insurance. The possibility of an e-scooter proficiency test has also been mooted.

It is not clear if privately owned e-scooters would also be accommodated, or if their legalisation will still be held back as a potential future step if the trials of hired scooters continues to go well.

However, if any types of e-scooter do get the go-ahead, there will still be work to do around safety, integration with the existing transport system and changes in infrastructure to accommodate e-scooters. These changes could take time and delay their introduction.

Should e-scooters be made legal? A view from a leading e-scooter manufacturer
The largest rental provider currently operating in the e-scooter trials is Voi.

Voi operates in over 70 cities across 11 countries. To date, it reports having had more than six million users and serving more than 70 million rides. In the UK, it has 17 locations and claims a 60% market share of current rides.

We spoke to Jack Samler, general manager at Voi UK and Ireland, for his take on the current trials and what the future holds for e-scooters.

“Thirty-nine percent of our users are telling us they are replacing short car journeys with e-scooters or e-bikes,” said Samler. “So far, we estimate our riders have replaced 2.4 million short car trips and reduced over 1300 tonnes of CO2 emissions.

“Currently, Bristol is among the top most popular cities in Europe for e-scooter rides, with over two million rides taken and over 3.7 million miles travelled on Voi e-scooters since the launch of the trial back in October 2020, replacing an estimated 790,000 short car journeys.”

Regarding the future of e-scooters in the UK, Samler added: “Our recommendation would be for the Department for Transport to ensure a level playing field between shared and private e-scooters in any future legislation.

“Legislation permitting the use of private e-scooters should include strict provisions around insurance and vehicle specifications such as maximum weight and speed.”

“The new classification should remove current regulations which have no impact on safety or sustainability, such as the requirement for provisional or full driving licences.”