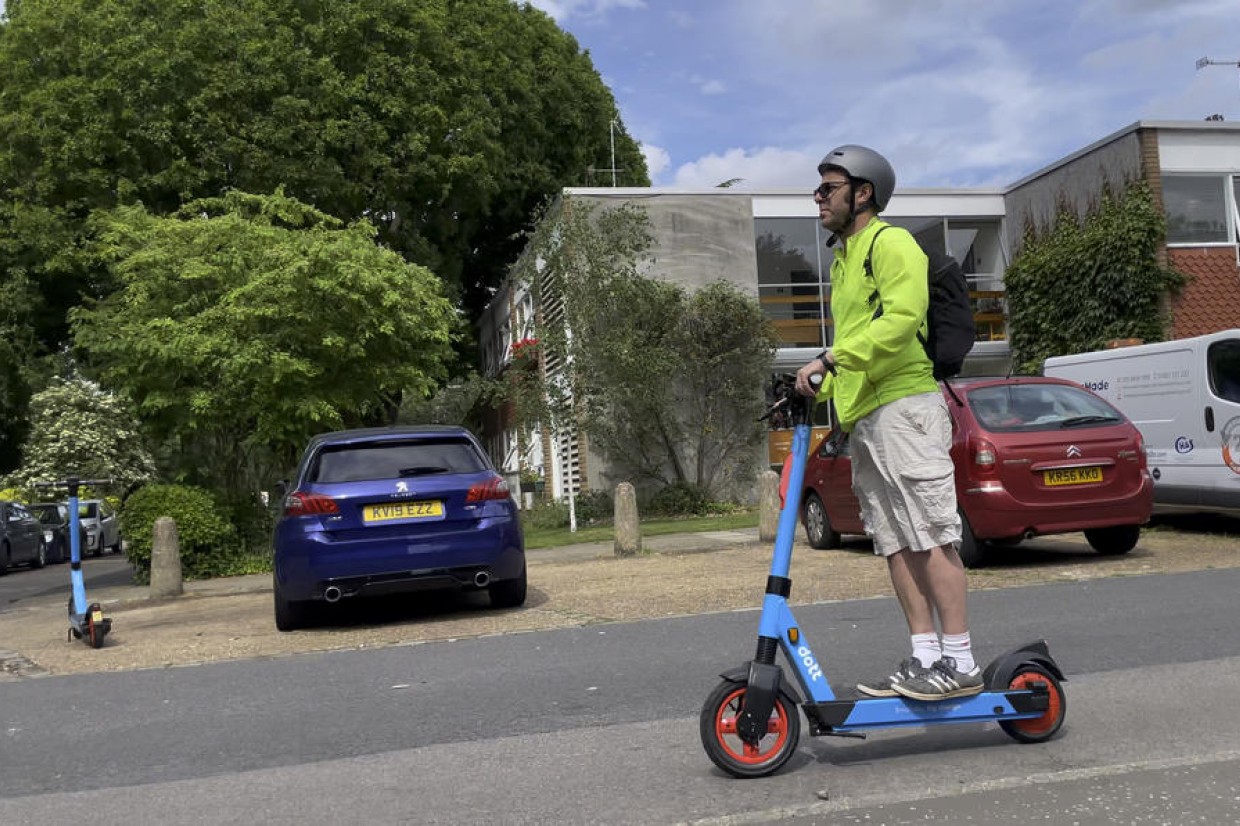 The UK government will consider creating an entirely new category of vehicle for e-scooters, with its own rules and regulations, if their use is made fully legal on public roads, according to a minister in the Department for Transport.

The government is currently undertaking a future of transport regulatory review, and as part of that is considering whether and how to legalise e-scooters. Speaking during a debate on e-scooter safety in the House of Lords, Baroness Vere of Norbiton, the Parliamentary Under-Secretary of State in the Department for Transport, said that no decision had yet been taken about the future legal status of e-scooters, and that no timeline has been set.

Baroness Vere added: “If they are to be legalised, we would consider removing them from the motor vehicle category and instead creating a new bespoke category of vehicles with the appropriate regulatory regime in place.”

That could require the government to pass primary legislation to create the new regulations, although Baroness Vere said many options were being considered.

Noting that “transport is always changing”, Baroness Vere added: “The Government believes that, with the right regulations, there is potential for significant economic, social and environmental benefits from light, zero-emission vehicles such as e-scooters.

“E-scooters can help to reduce emissions… They can reduce carbon, of course, and nitrogen oxide emissions and particulates, which both contribute to poor air quality.”

Baroness Vere said that e-scooters would provide environmental benefits if users switched from cars, but accepted that would not be the case if they switched from cycling or walking. She added: “Mode shift will be a key part of our considerations going forward.” She cited pre-Covid examples across Europe that suggested modal shift to e-scooters came one-third from walking, one-third from public transport, 15-20% from cars and 10% from cycling.”

Baroness Vere said that the ongoing rental e-scooter trials, many of which has been extended until November this year, are designed to help the government take a “measured and evidence-based approach” to policy discussions.

There have been 31 trials across 54 regions involving more than 66,000 3-scooters. Around 13 million trips have been taken, covering 18.5 million miles, by around a million individual users.

Baroness Vere also highlighted measures taken to improve safety in those trials, including limiting speeds to 15.5mph and power to 5 watts, requiring rental firms to provide insurance and users to have a full or provisional driving licence, and making it illegal to use e-scooters on pavements.

In addition, the DfT has set out minimum safety standards for e-scooters, including the requirements for lights and a warning noise, the use of data-sharing and training apps for users.

In response to problems that have occurred during e-scooter trials, Baroness Vere said the DfT has added dedicated parking bays and docking stations in some areas, increased the level of driving licence checks rental firms must undertake and introducing uniform ID plates for trial scooters.

Baroness Vere said that there was not yet enough reliable evidence available to judge the safety of e-scooters against other modes of transport, adding that “evidence to date suggests that the rate of injuries are broadly similar when compared with pedal cycles.” She said that they were investigating concerns over e-scooter fires, and engaging with disabled groups to make e-scooters “as inclusive by design as possible”.

The debate in the House of Lords was tabled by Baroness Neville-Rolfe, who suggested that e-scooters either need to be banned or heavily regulated. She raised concerns about illegal usage of private e-scooters, the safety of the machines, and the dangers they present to pedestrians, particularly the disabled. She also questioned the economic and environmental benefits of e-scooters.

Speaking during the debate, Baroness Neville-Rolfe said: “There seems very little evidence that they will replace cars. The main users are young people, and they will be substituting for bicycles, including electric bikes, non-electric scooters and public transport. All of these are less dangerous, and cycling is better for your health.”

Baroness Neville-Rolfe also questioned the environmental benefits of e-scooters, noting that the high carbon cost of manufacturing the units and the rare materials needed for the batteries. She also said the economic benefits for the UK were limited before e-scooters are “predominantly manufactured overseas.”

Calling for swift action from the government on concerns over e-scooters, she said that “although I am normally free market in my approach, I think a ban would be worth considering.”

Her view was echoed by several other members, including Baroness Sanderson of Welton, who during her submission to the debate quoted directly from Move Electric.

By contrast, Baroness Randerson said: “I start from a position of positively welcoming e-scooters, as another potential alternative to cars. They are not exactly active travel because they require very little effort, but they are emission-free at the point of use. Evidence shows that they tend to be used by young people for short journeys and are often used just for fun. There is absolutely nothing wrong with that.”

Baroness Randerson added that the number of long-term rental e-scooter pilot projects had made a “large number of people think that all e-scooters are now legal”. She called for swifter government action, claiming there was “plenty of evidence of the damage that the current Wild West approach is doing.”

Lord Rosser also highlighted concerns about the safety of e-scooters, particularly for blind pedestrians, but added: “We cannot un-invent the technology, but as the question asked by this debate indicates, we need to ensure that there are relevant and appropriate regulations in place to address the safety concerns over the use of e-scooters if their general use is to be given the go-ahead.”