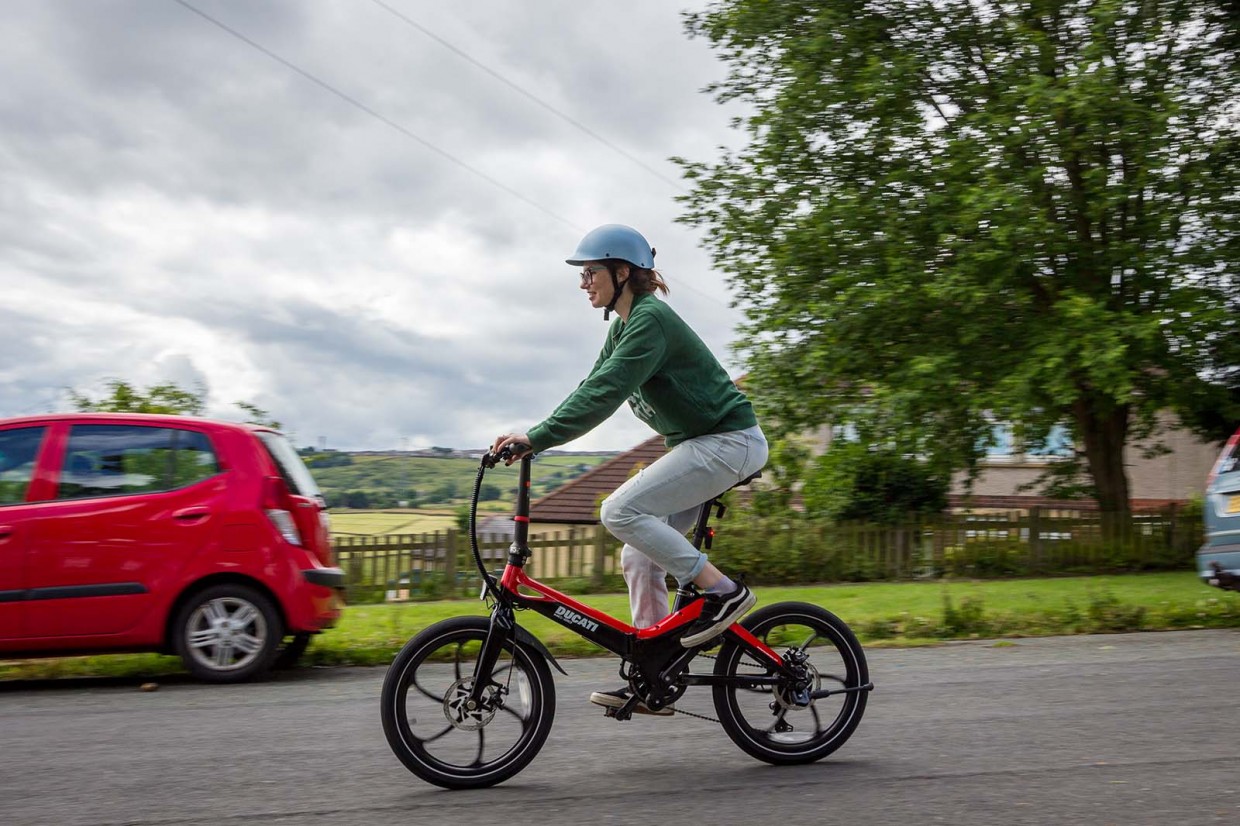 What is it?
The Ducati MG-20 is the first foray into folding electric bicycles from the historic motorcycle brand, made in conjunction with Italian e-mobility specialists Platum. It's priced at £1699, putting it in the same market as bikes such as the MiRider One and the Axon Rides Pro Lite, both of which we've reviewed. 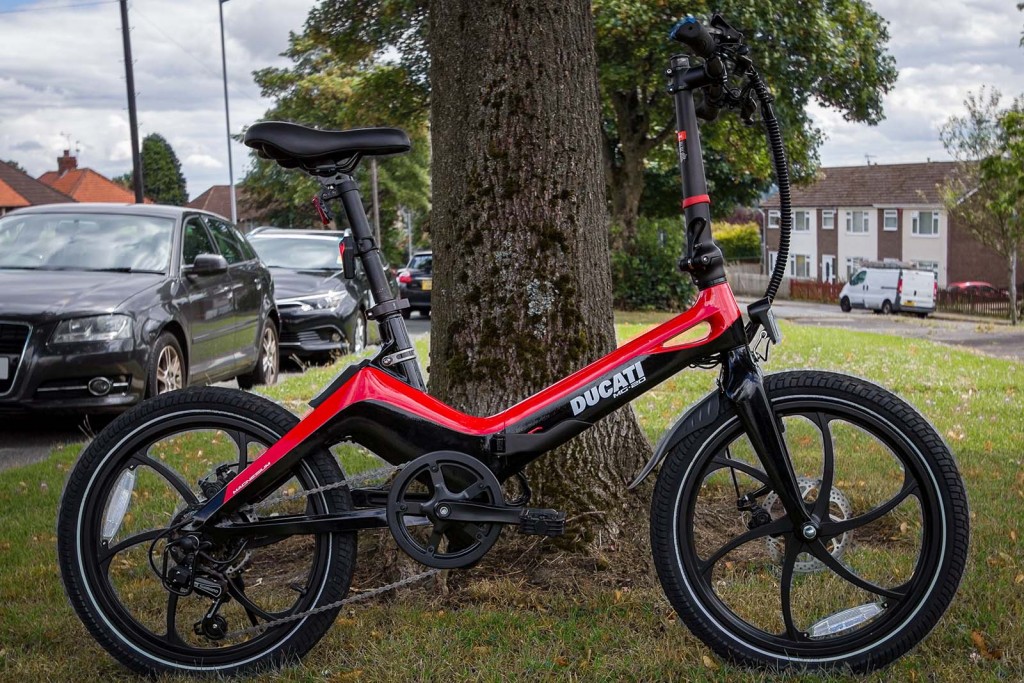 Interestingly, Ducati has gone for a magnesium frame over aluminium or steel, and the design is certainly eye-catching.

Ducati says this about the design: "The sporting character of Ducati is underlined by its distinctive design, characterized by a fluid and aerodynamic profile, and by the sharp lines of the six-spoke rims, both made with a die-casting technique." I haven't put the bike in a wind tunnel so can't comment on the aerodynamic ability of the bike but the bright red colourway, intriguing frame design and six-spoke wheels are assuredly striking.

What is it like?
I think it’s important to remember that this is the first folding electric bike that Ducati has made, so naturally, there will be some kinks for them to work out as they develop their range further. That being said, the ride quality is decent and it can handle gradients with relative ease. 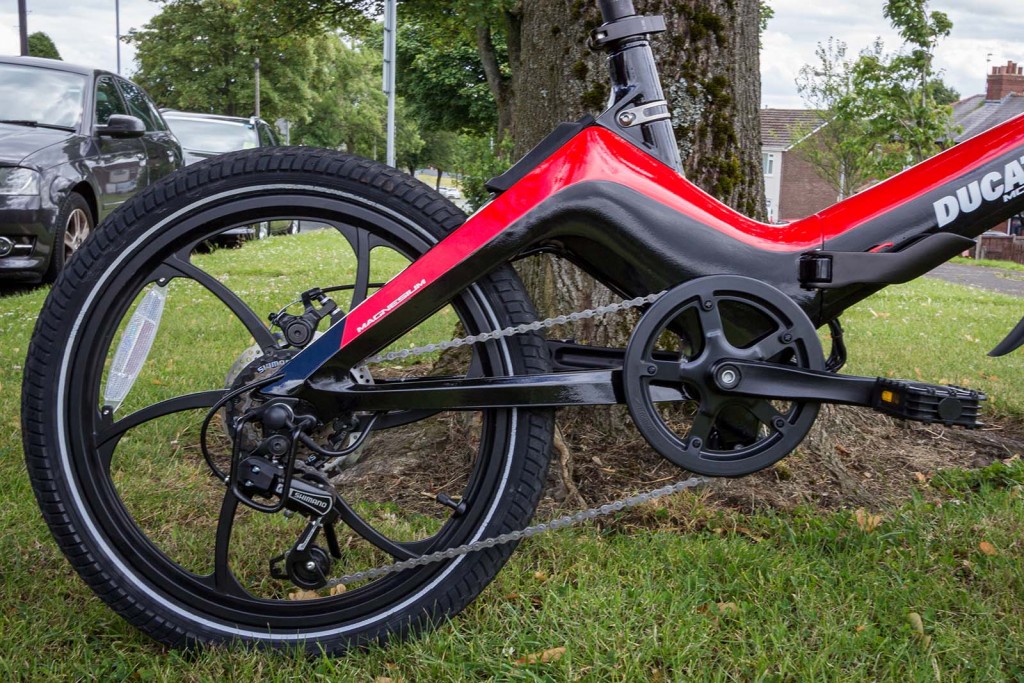 Let’s start with the motor. It’s a 250W rear hub motor and the assist levels are controlled via a display on the handlebars. There are three assist levels to choose from,  (12-18-25 km/h), and I found that level three was the one I used most. Frustratingly, unless I was riding up a hill the motor seemed to surge to reach 25kph and struggle to hold the speed. Levels one and two were fine, although perhaps a little underpowered for my local terrain.

Interestingly, Ducati suggests in the manual that the bike shouldn’t be used on a gradient higher than 10%, so that’s worth bearing in mind if you live in a hilly area. Ducati has also provided an acceptable temperature range for use, between 0°C and 40°C, which means winter will be tricky. 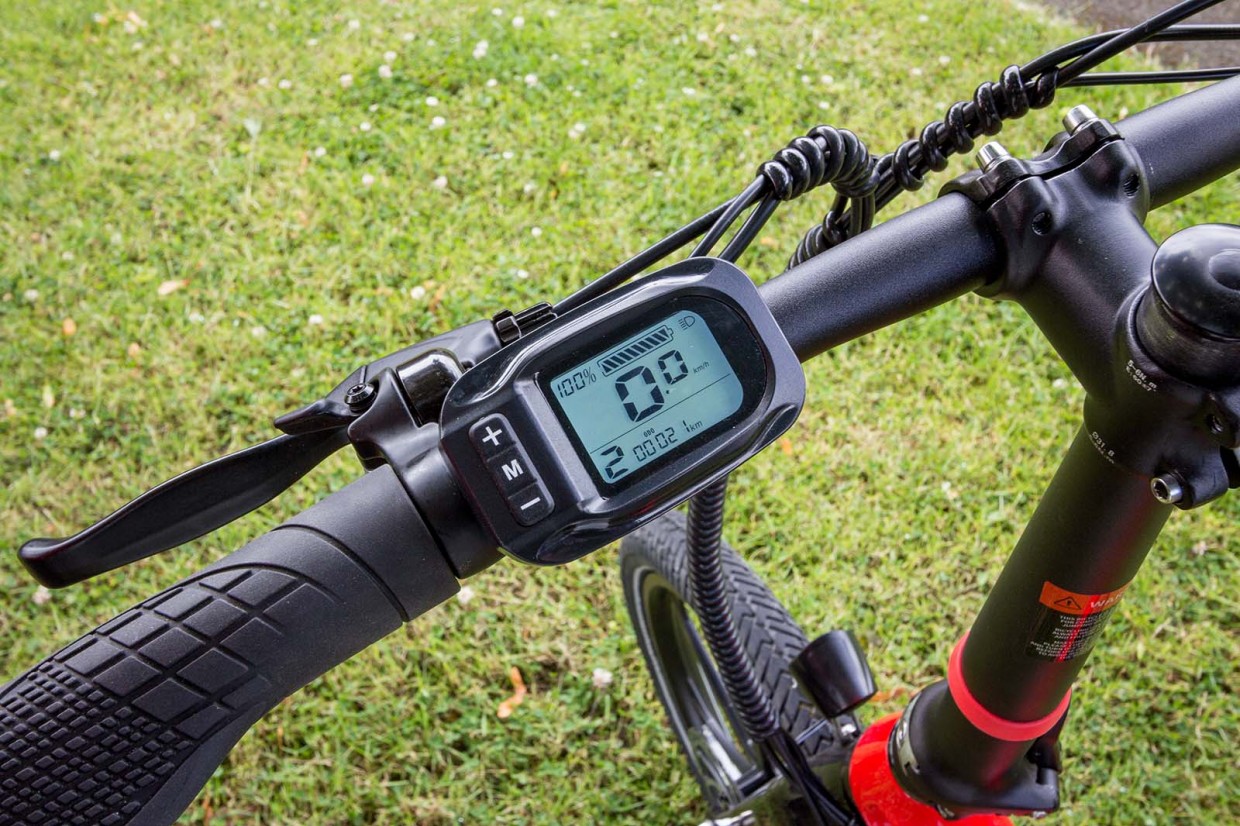 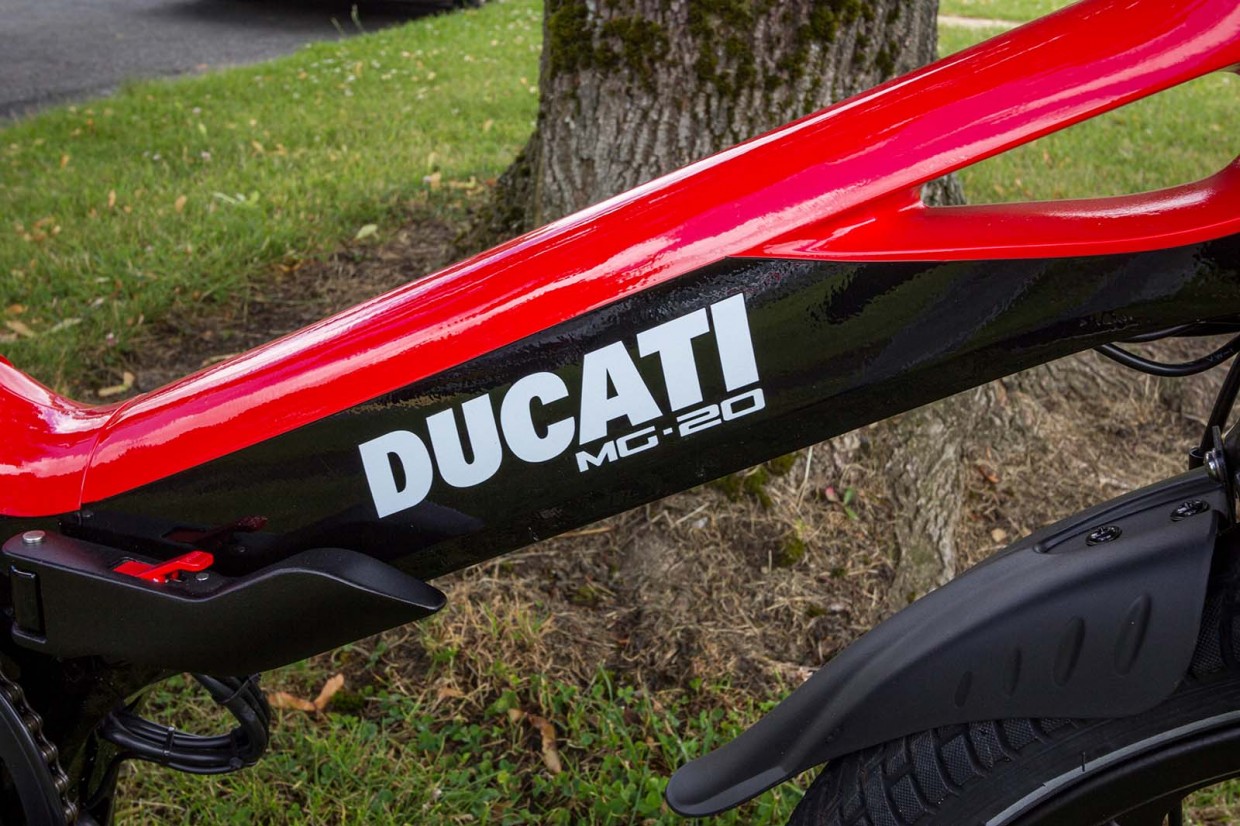 Moving onto the battery, (a Samsung 36V 10.5Ah 378Wh) this is hidden in the frame but easily removed by folding the bike and unlocking the release with a key. The estimated range is around 50km, but I rode 40km (mostly in level 3) and the battery level still hovered around 40%. Essentially the display is about as reliable as an early 1990s car fuel level sender. One moment it reads 100% then it shoots down to 70% and back up, so take the battery readings with a pinch of salt and just bear in mind how far you’ve ridden on your trip so you don’t get caught out – although credit to Ducati, I suspect you could get more than 50km out of one battery charge. 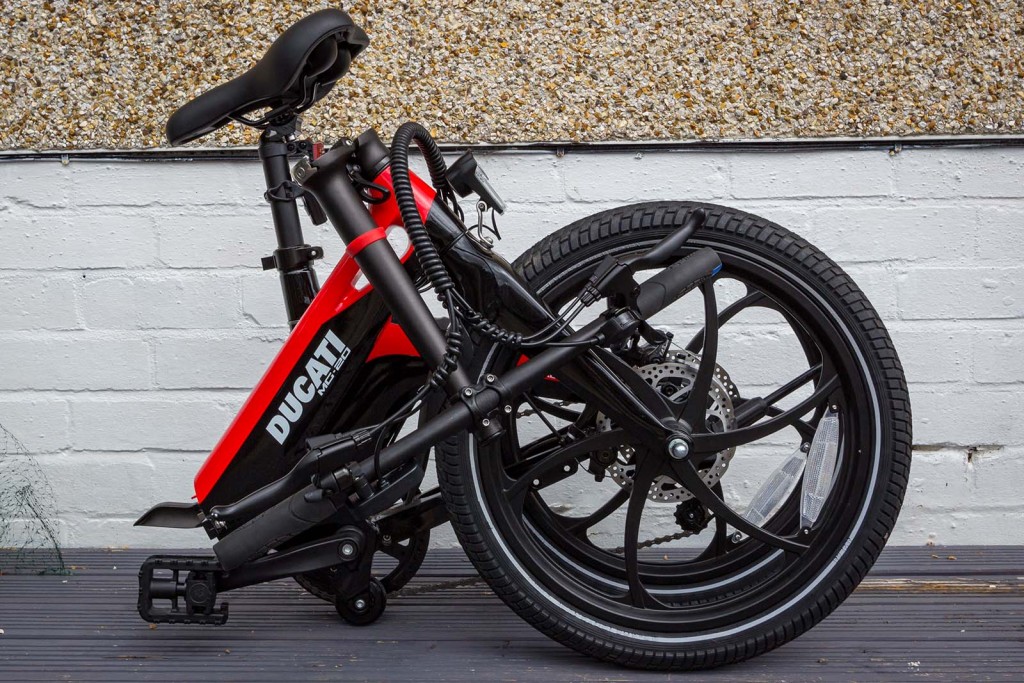 Folding the bike is relatively easy. It uses the same folding points as almost all folding bikes – one in the middle of the frame and one in the headtube. The pedals also fold to make it that little bit more compact, but, given the size of the frame and the 20" wheels, it's not as compact as other folding bikes. If you are looking for a bike to take with you on public transport or hide under your desk, I'd suggest something smaller and a little more lightweight. But for general urban trips or last-mile rides with cycle parking at your destination, this is a decent shout.

The components on the MG-20 are entry-level as you'd expect. The mechanical disc brakes were underwhelming, but it is nice to see a choice of gears rather than single-speed on a bike at this price point. Instead, you have six Shimano gears to choose from, although I rarely used the top three, even on hills, as the motor does a grand job of getting you to the top without much fuss. 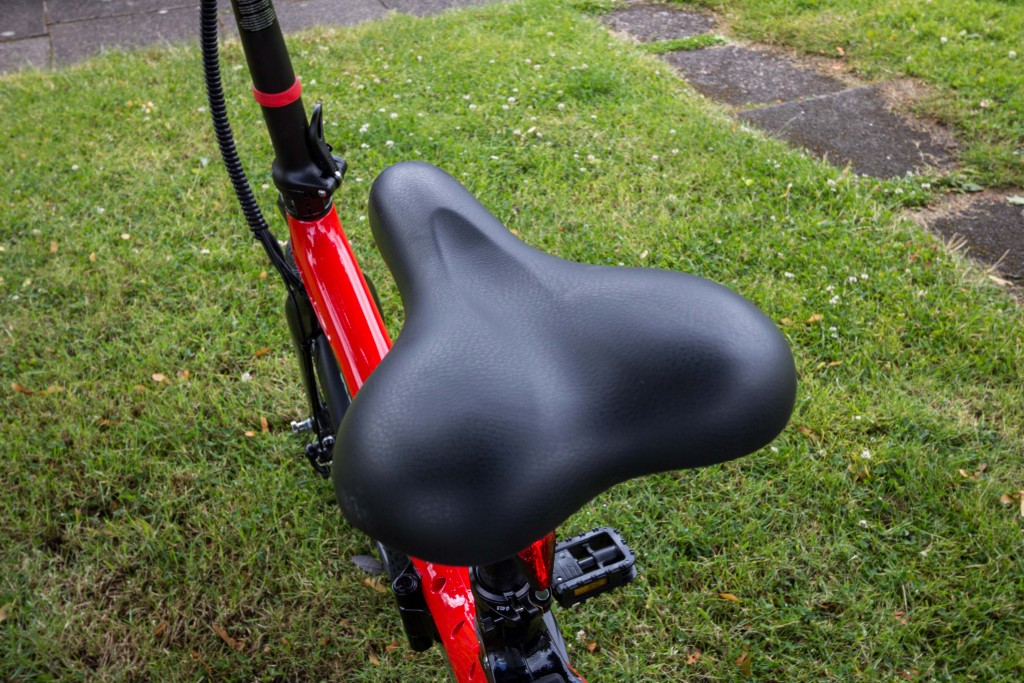 Ducati has included two lights, the front being wired in and controlled by the display unit, while the rear is battery powered and attaches with a rubber mount on the seatpost. There is also a bell integrated on the left-hand brake lever, and mudguards to protect you from the inevitable British weather.

Overall, it’s a decent first try from Ducati but there are obvious places they can make improvements. They have just released a new off-road folding e-bike, the SCR-E which looks like it may have taken consumer feedback on board. 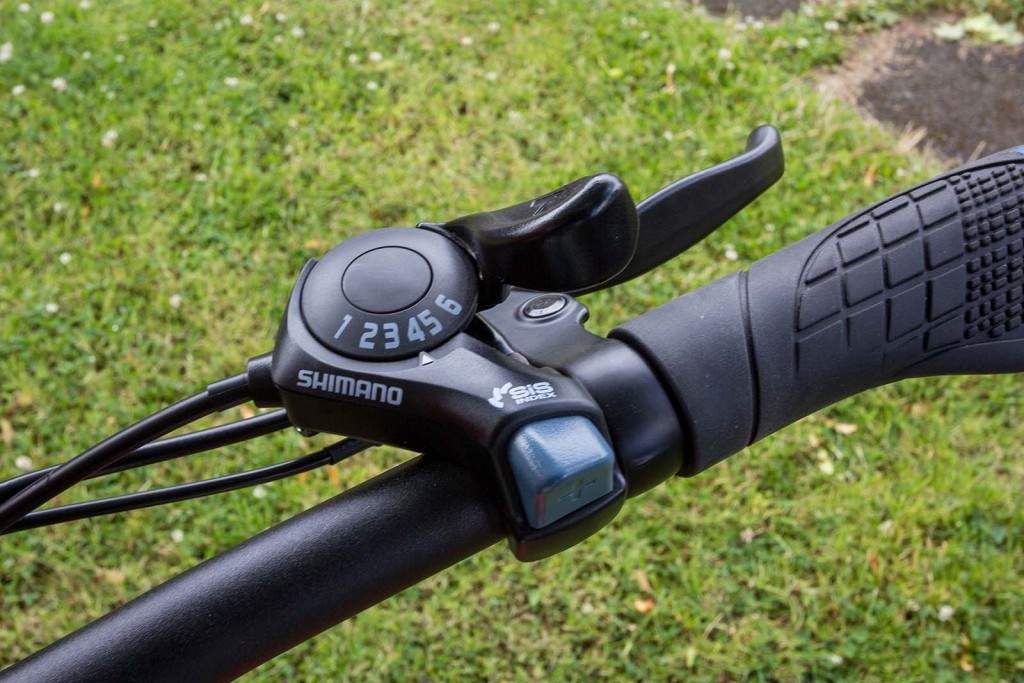 Where can I buy it?
This bike can be purchased from one of Ducati’s UK dealers, including Moov Electric.

How does it arrive?
It’s easy to unpack, as it arrives folded. You then need to attach the bars and stem faceplate, the seat, and if you want to include mudguards they are also in the box.

Verdict
There's plenty going for the Ducati, its striking looks and relative compactness. However, other folding bikes offer slightly more for the same price, so the brand has its work cut out for it if it wants to be competitive in this market. 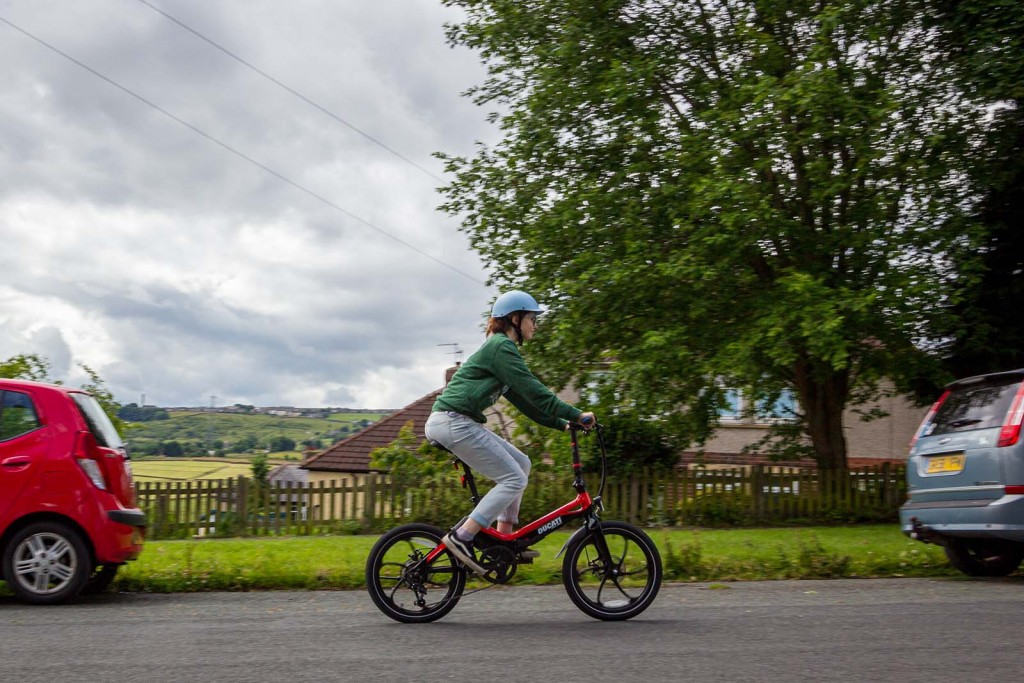 Mileage range: Up to 35 miles