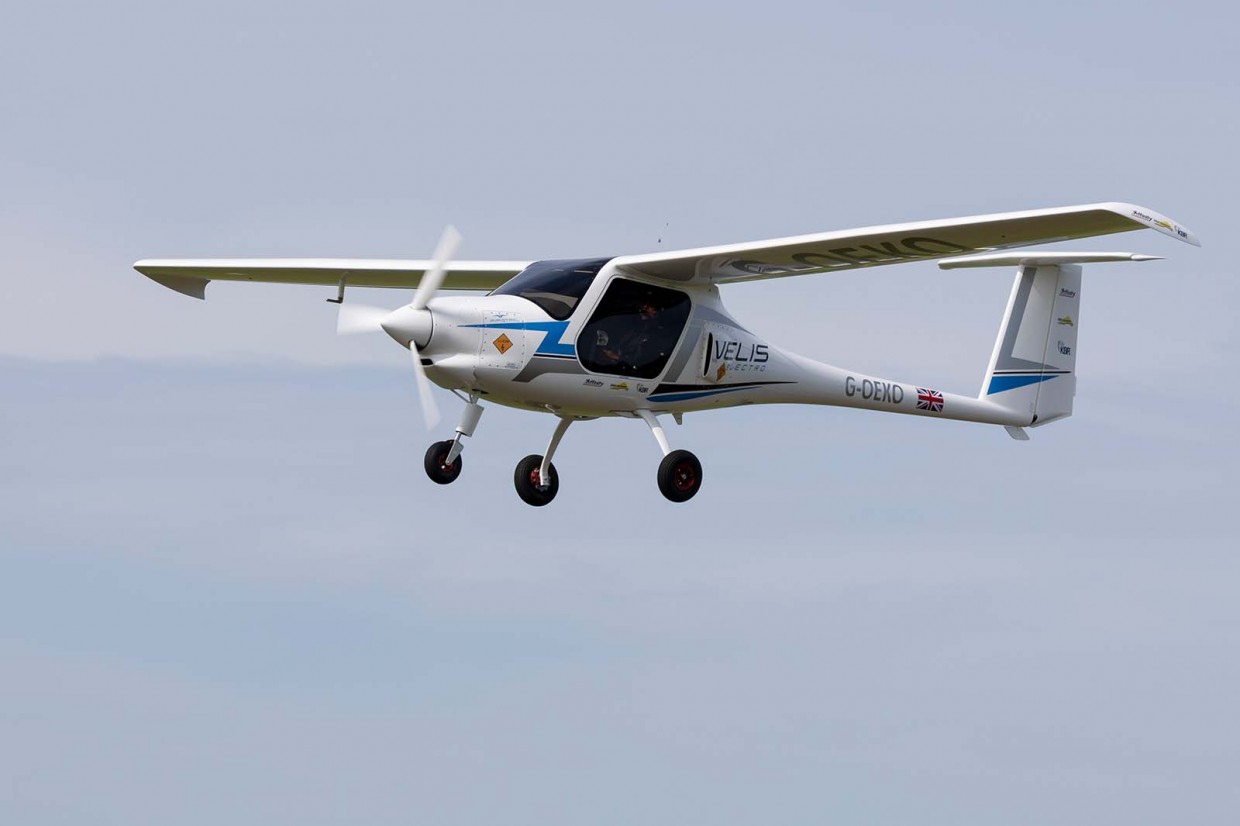 When it was launched, few were convinced the Nissan Leaf would herald a revolution in personal transport. Today, 10 years later and with new electric models being launched almost daily, the revolution has reached aviation with a small electric plane, powered by a battery similar in size to the one in that first Leaf, now certified to carry two occupants.

In fact, the Pipistrel Velis Electro was granted EASA certification two years ago, in 2020, and CAA certification a year later, in February 2021. As a result, it's the world's first and, so far, only fully certified electric aeroplane.

We're talking about it now because flying conditions permitting, it's due to take part in the London to Brighton Electric Rally at the end of June, when it will shadow participants from the air. 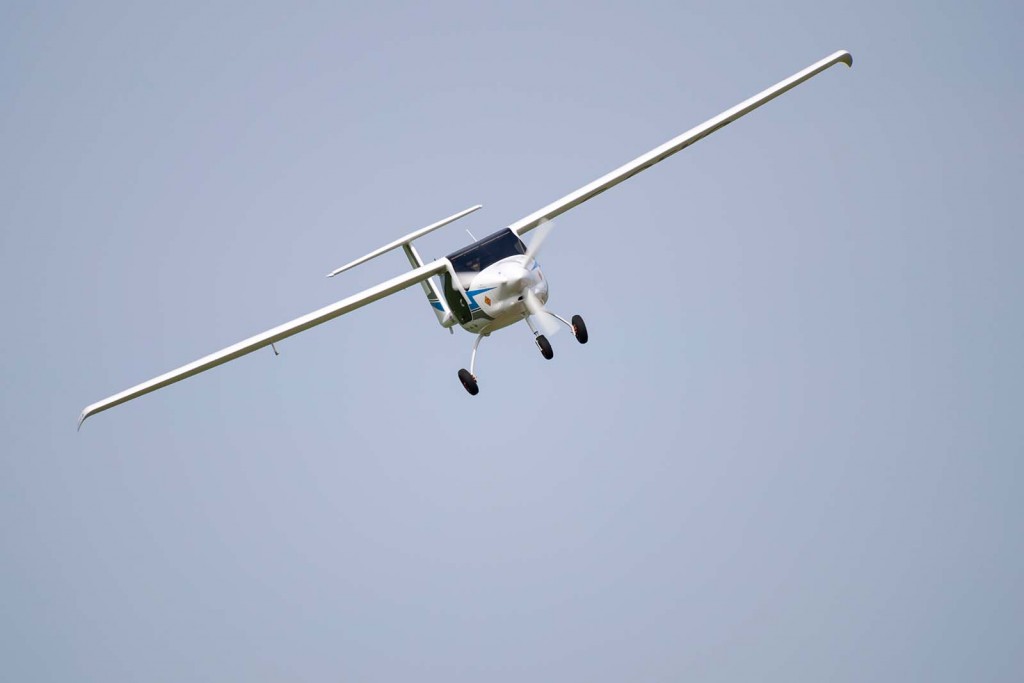 The right flying conditions are important for any plane but weighing just 425kg without pilot and passenger (the maximum permitted take-off weight is 600kg) means the lightweight, carbon fibre-bodied Velis Electro is particularly sensitive, as a recent video featuring EV enthusiast Robert Llewellyn passengering one in strong winds, proves. Fortunately, he hadn't eaten…

The Velis Electro is manufactured in Slovenia by Pipistrel, which was recently bought by Textron, the US-based aviation company that also owns the Beechcraft and Cessna brands. The two-seat craft is powered by a 58kW liquid-cooled, electric motor designed and built by Pipistrel. It has two liquid-cooled battery packs, one located ahead of the cockpit and the other behind, with a total output of 24.8kWh. 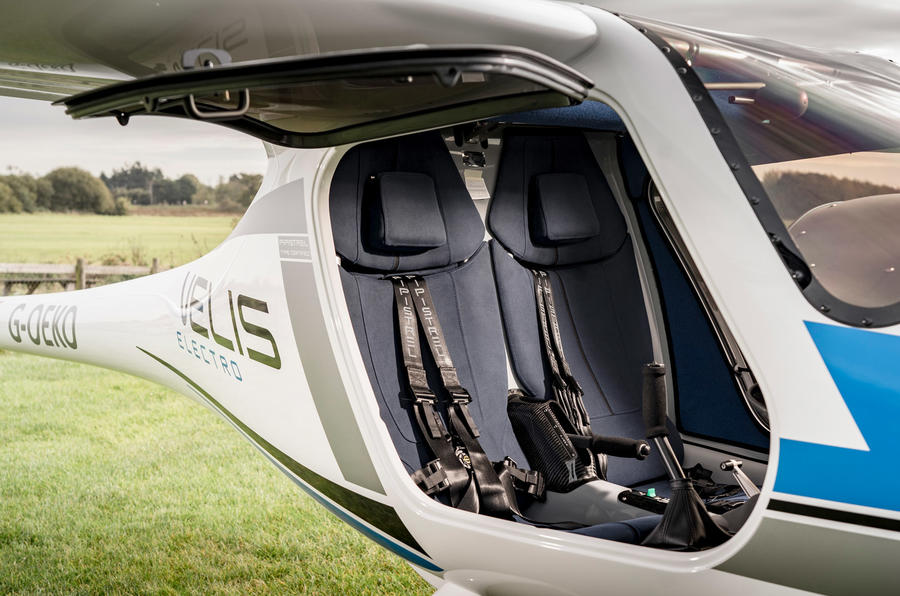 For safety reasons, if one 14kWh pack fails, the other will continue to power the motor. One reason the plane is so light is that its 70kg battery is only as heavy as the equivalent piston engine, while the electric motor weighs just 12kg or considerably less than the fuel the piston-powered plane would require.

Charging the Velis Electro from 35% to 90% through a CHAdeMO connection (the charge point is behind a flap on the plane's nose) takes up to 70 minutes using a 32amp supply charging at 20kW, up to four hours at 15kW and eight hours at 3kW. If range anxiety is still an issue for some EV drivers, one can only imagine what the pilot and passenger of the Velis Electro endure at the plane's maximum cruising height of 12,000ft and with no airfield in sight. 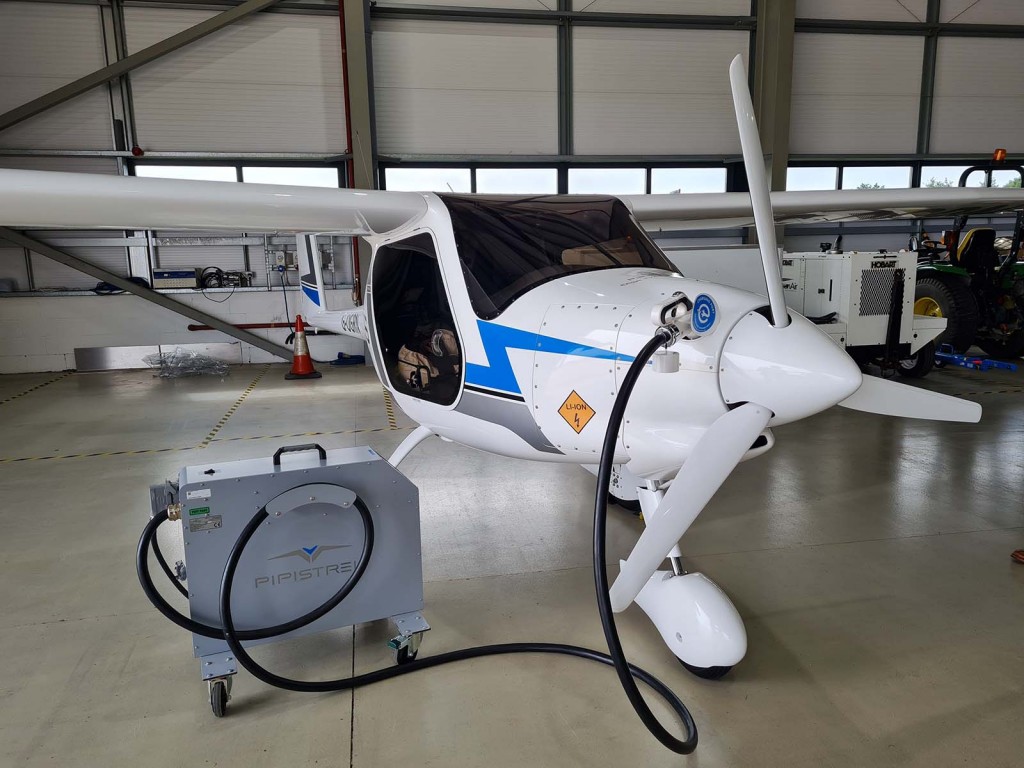 In fact, the plane has a flying time of 50 minutes with, depending on conditions, a 20-minute reserve. To extend its reach, Nebo Air, based in Suffolk and which distributes the Velis Electro in the UK, is placing chargers approximately every 30 minutes apart on existing airfields. So far 14, ranging from Popham in the south to Humberside airport in the north, have signed up and installed the necessary three-phase charging equipment.

The Velis Electro costs around £5 in electricity per hour compared with the £50 in aviation fuel the equivalent piston plane would burn through. Because it has fewer moving parts, maintaining it is cheaper, too. Also, being electric the Velis Electro is much quieter (around 60dB or as noisy as the typical office or restaurant) and virtually free of vibration, another factor that contributes to its lower maintenance costs. 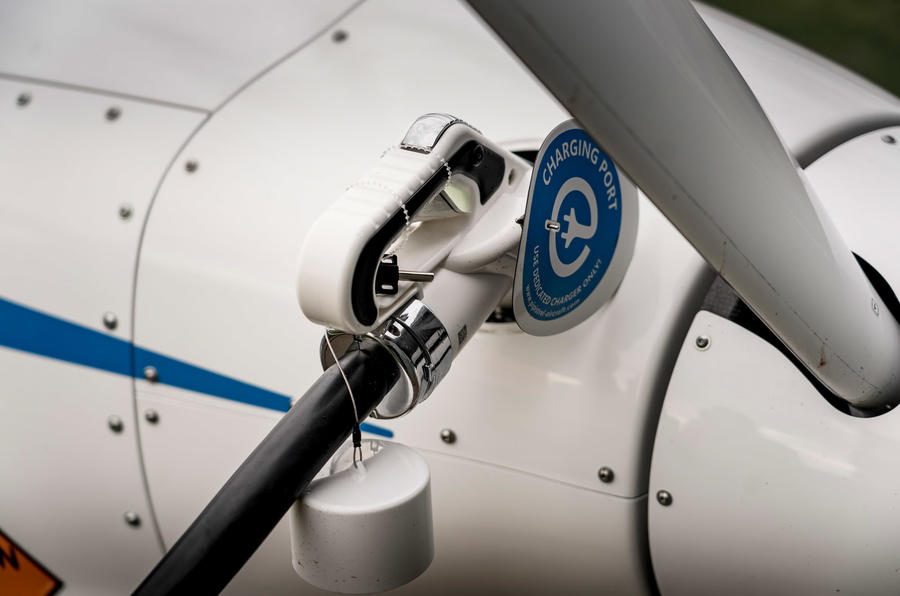 Deepak Mahajan, Director of Flight Operations and Technical Consultant at Nebo Air, praises the way the Electro Velis performs. "Power is instant and the plane climbs as fast as a piston-powered aircraft of the same type. Then, once it's at altitude, it cruises comfortably. The controls are all familiar but although it can be flown on a PPL licence, pilots must first undergo a short familiarisation course." He admires its versatility, too. "This January I was the first person to fly the plane 'off-grid', charged from solar panels."

As Nebo Air's Director of Project and Infrastructure, Kerry Wilmot is the person tasked with establishing a support and charging structure for the Velis Electro in the UK. "We have good coverage in the South East but our ambition is to broaden out to the rest of the country. At the moment, we're offering it to flying schools because no other plane like it exists and people need to be trained to fly it. Its operational range and characteristics suit them, too. It also appeals to operators keen to promote a greener image. At the same time, we have two planes being evaluated under the RAF's sustainable aviation pathfinder programme. They're also testing them as trainers."

Unlike electric cars, which tend to cost more than their fossil-fuelled equivalents, the Velis Electro costs the same as its piston-engine equivalent, at around £200,000 including VAT. Currently there are seven in operation in the UK and more in service elsewhere in Europe and the US. Pipistrel's future plans include a four-seater version with a range of 200 miles. Fingers crossed, the Velis Electro will fly in the London to Brighton Electric Rally later this month. Look out for it because you certainly won't hear it.