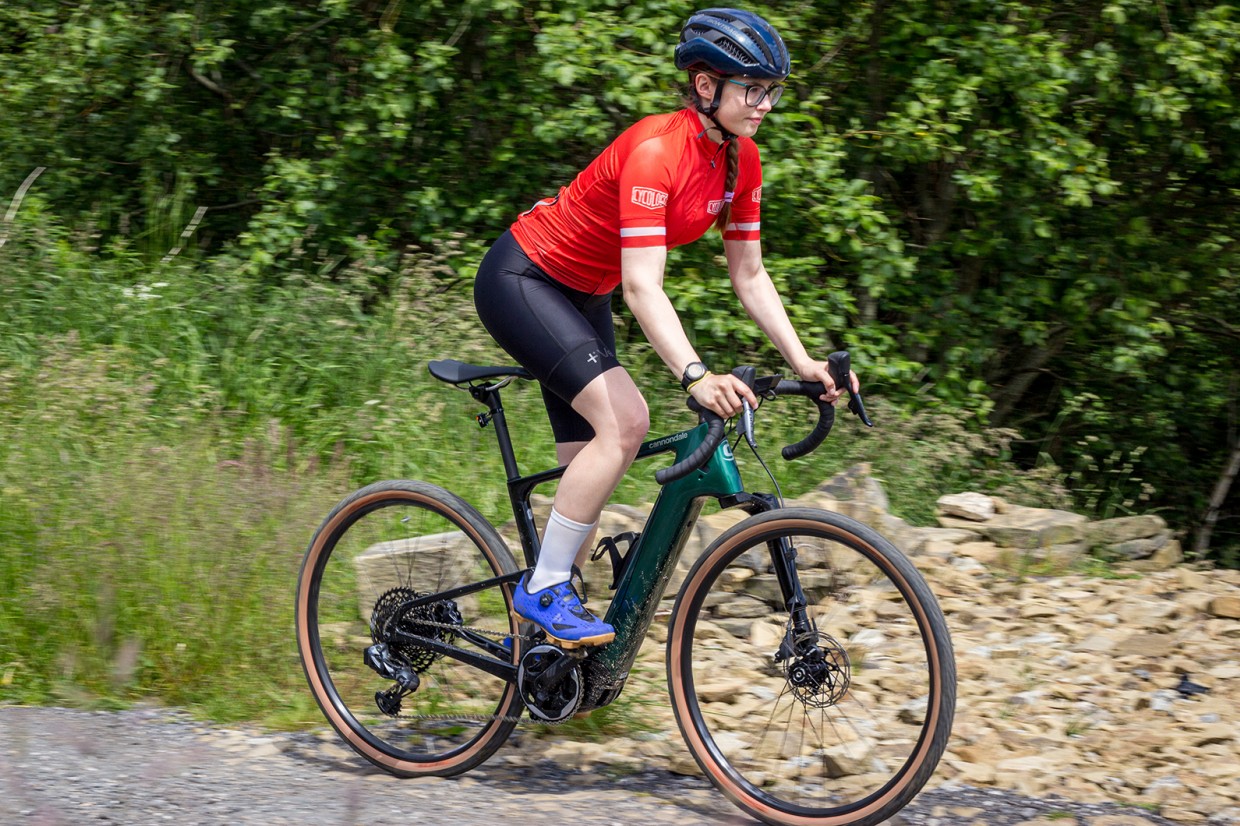 The Cannondale Topstone Neo Carbon Lefty 1 is a pure-bred electric gravel machine. Designed in America, the heartland of gravel bikes, it's a superbike’s packed with tech and adapts well to the varied English terrain – although it does come at a superbike price. 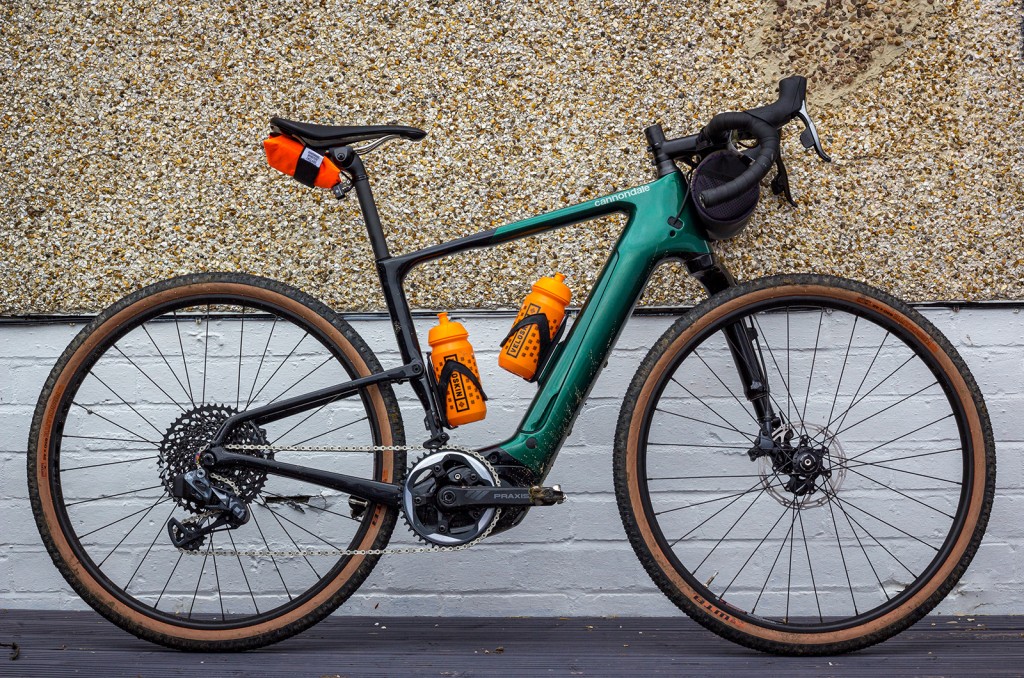 Balanced, both in ride quality and in the versatility of the bike. You can just as easily ride on smooth Tarmac as you can on rough, rocky, Peak District gravel.

While I got acquainted with it a few rides beforehand, the big test was the Glorious Gravel Forest of Bowland Epic ride. The route crisscrossed across the Yorkshire and Lancashire borders, areas that aren't well renowned for their fast-rolling gravel. Instead, you can expect to find bone-shaking rocky descents, single-track action and plenty of lung-busting climbs.

As Cannondale is an American brand, I was unsure how the bike would respond to some of the UK's harsher 'gravel' roads – and it took most of it in its stride. The biggest inhibitor was my skills on a drop-bar bike, looking enviously at those on mountain bikes after getting off to walk down a particularly boulder-laden descent. 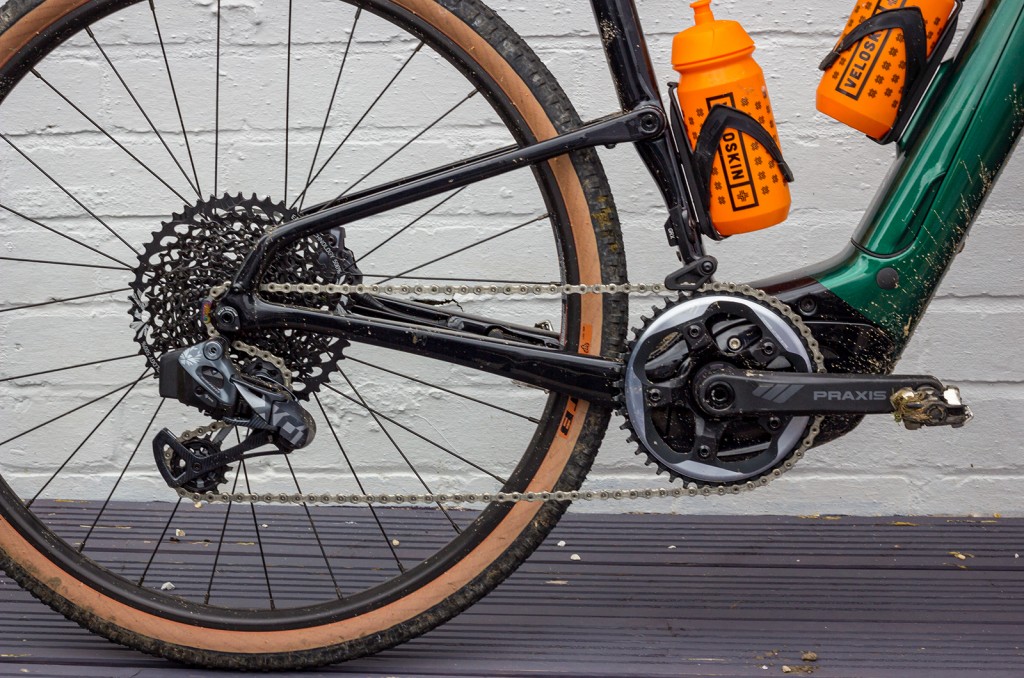 It's worth noting the bike I tested was one size too big, and I felt stretched out reaching the bars, so I didn't spend much time on the drops. This sizing difference was fine for short rides, but I began to suffer on the longer ones.

For the electric system, Cannondale has used the Bosch Performance Line CX mid-drive motor, a motor which is one of the best in the market. It provides up to 85 Nm of torque when you need it most and offers reliable assistance – something that seriously benefited me on the climbs.

The Bosch PowerTube 500Wh battery offers a fantastic battery life, although I was trying to conserve as much as possible for the longer climbs. After 30 miles and a fair bit of use in Tour and Sport mode, according to the Kiox display, it still had 91% battery – but what intrigued me was the apparent discrepancy between battery level and estimated range. 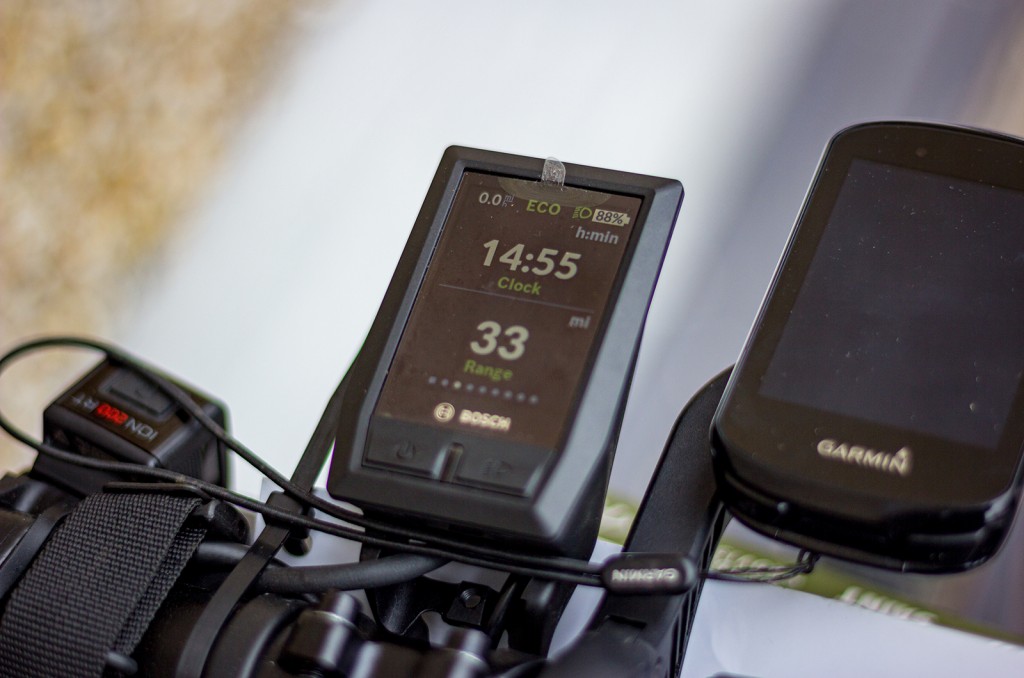 I wouldn't expect the technology to be completely accurate, but on Eco mode, the display suggested I had about 19 miles left, which somewhat contradicted the battery level. This may be something solved by a software update, but it's worth highlighting if you're a rider that relies heavily on this sort of data.

It would be remiss of me to ignore the eye-catching design of this bike, particularly the Lefty fork. Essentially, Cannondale has removed one of the fork legs to provide more precise handling and control. This model uses the Lefty Oliver Carbon, specifically designed for gravel. 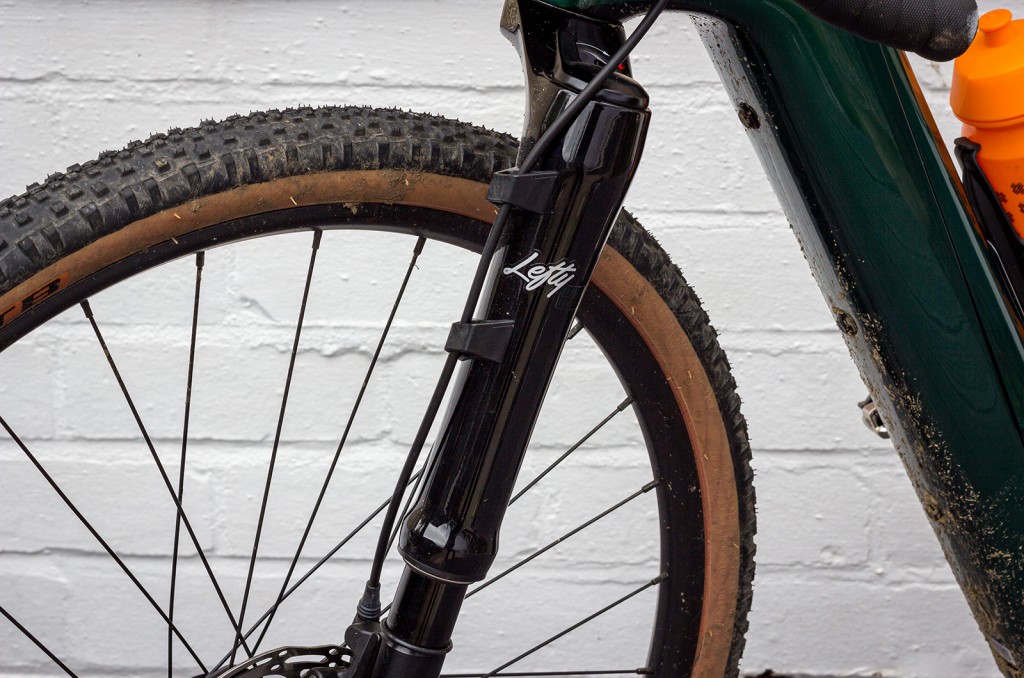 The fork is £1400 on its own and provides 30mm of travel. On this bike, and in particular the type of riding I used it for, I found it seriously impressive. Once I'd set it up to my taste, I found I had a significant benefit over the riders using rigid forks. Whether I'd pay £1400 for that privilege is another question that only a back-to-back test could really answer.

The frame also contains 30mm of travel, courtesy of its Kingpin suspension. This is located on the seatstay joints, which are designed to flex when you ride over a bump. The componentry on this model is top-of-the-line electronic shifting, courtesy of SRAM X01 Eagle 12-speed. This, again, was faultless. It shifted cleanly and reliably, and the gear ratio was spot on, with a 44T chainring up front and a 10-50 cassette on the rear. 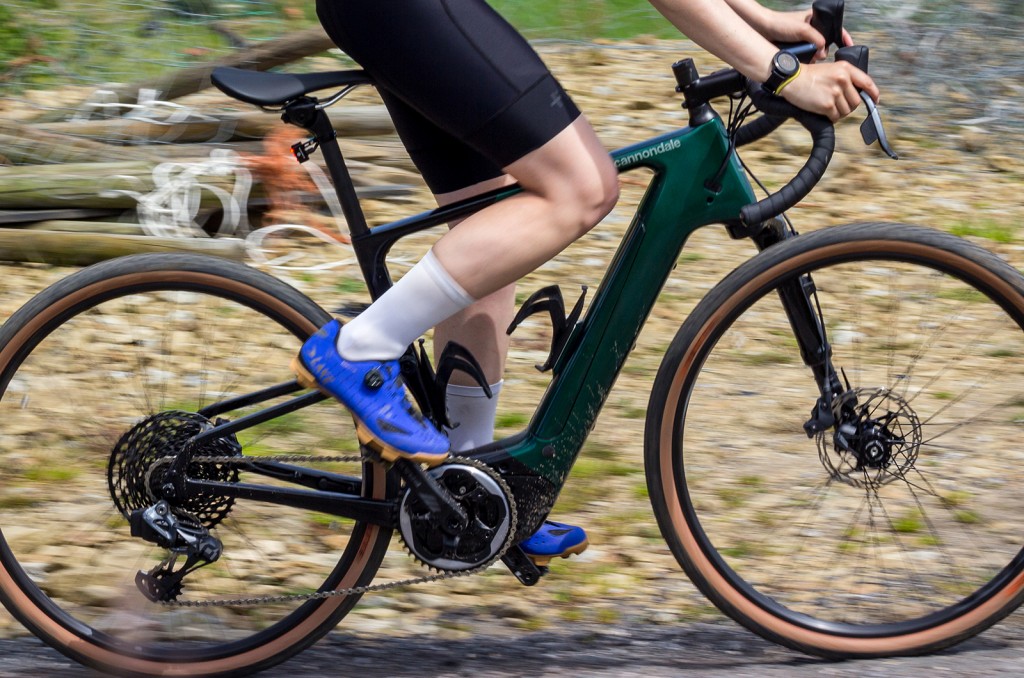 Now, while it rides well – even when not using the assist, it’s important to add – the one thing that I hadn’t thought of with British gravel rides is the idea of ‘hike-a-bike’. As someone who spends most of their time on a road bike, upper body strength isn’t seen as a massive priority, so when I was faced with lifting the bike over stiles or up some stairs, you may as well have asked me to lift a cow. While it’s not the heaviest e-bike in the world, after a couple of hours of arm-pumping gravel, it's not the easiest task in the world to lift it. 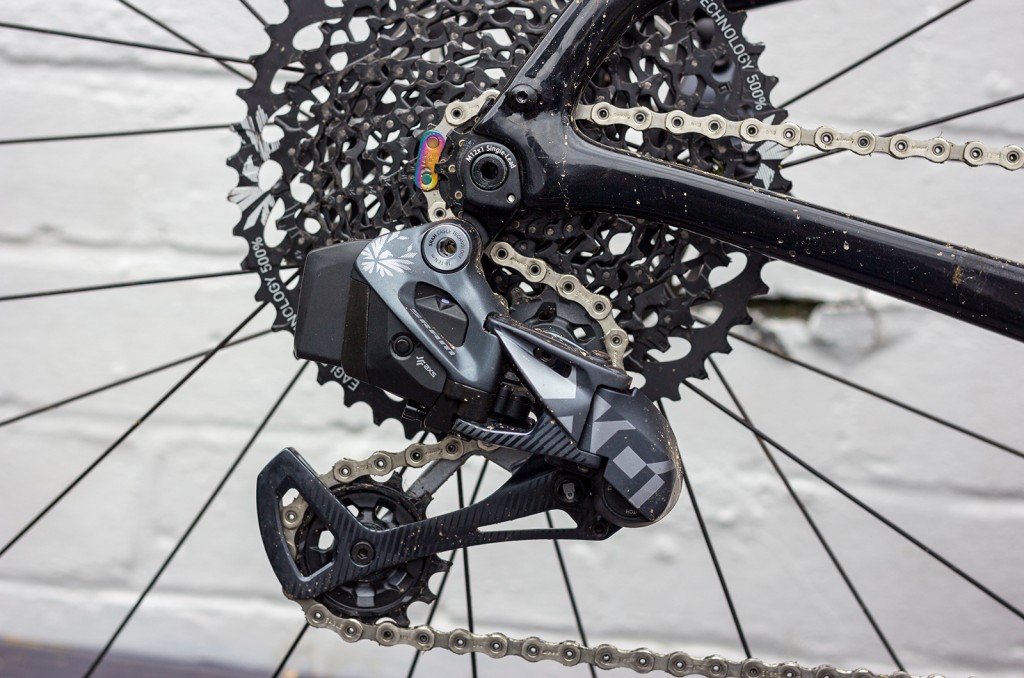 That being said, overall, the ride quality is hard to beat. Whether it’s on the road or off, it’s responsive, lively and provides reliable assistance. At £9000 it’s certainly not cheap, but for those prepared to invest that much, you do get a lot for your money. 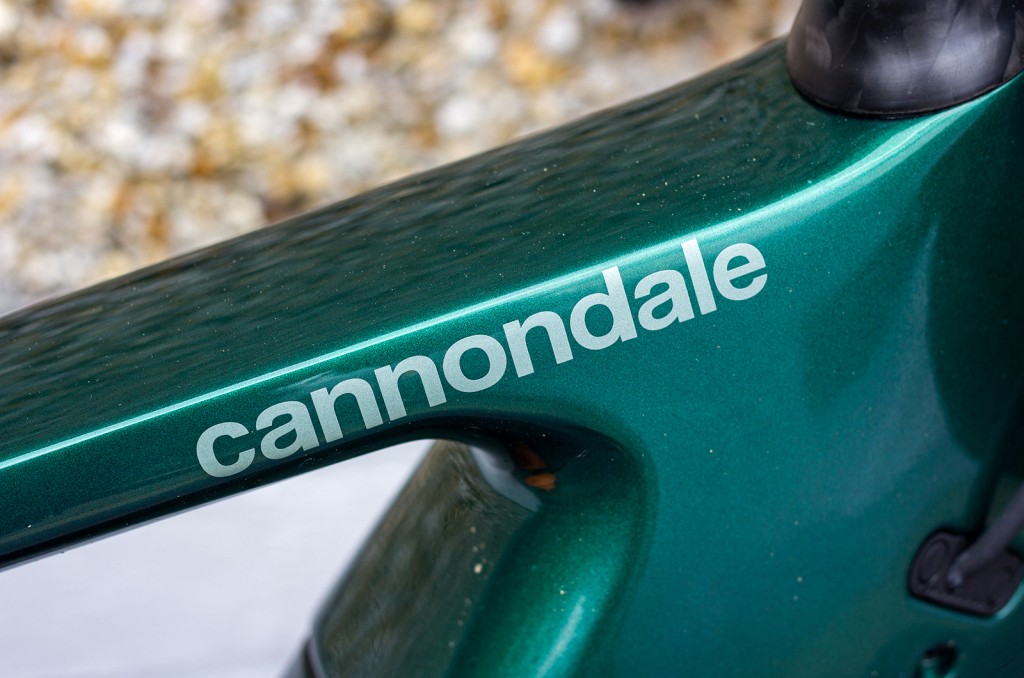 How does it arrive?

An impressive bike that is genuinely enjoyable to ride on and off-road, even on some of the toughest gravel terrain England has to offer. 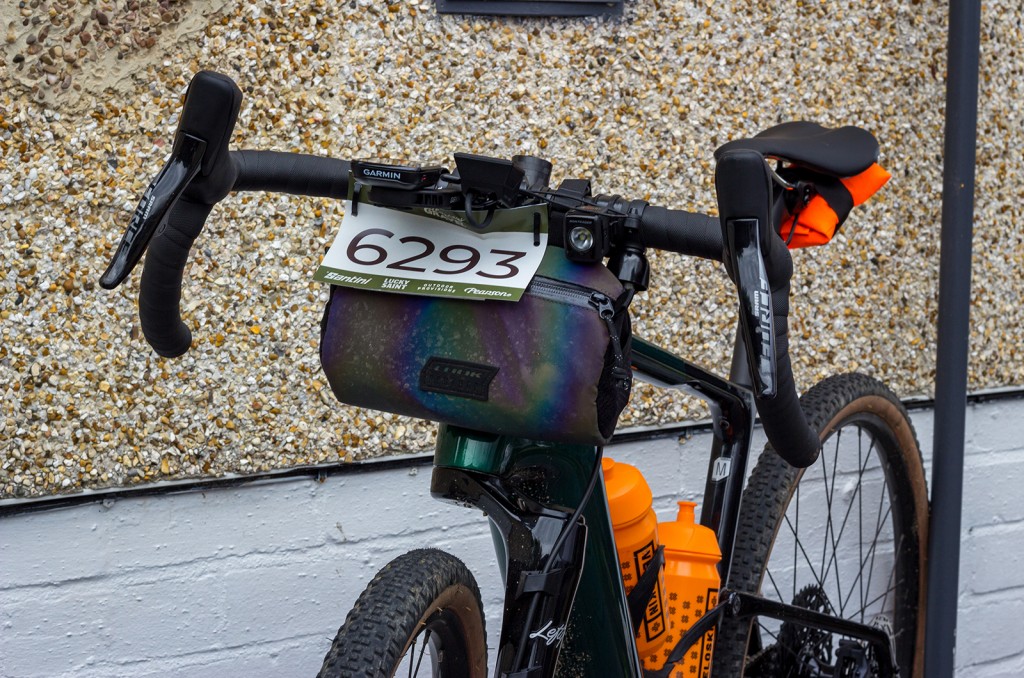