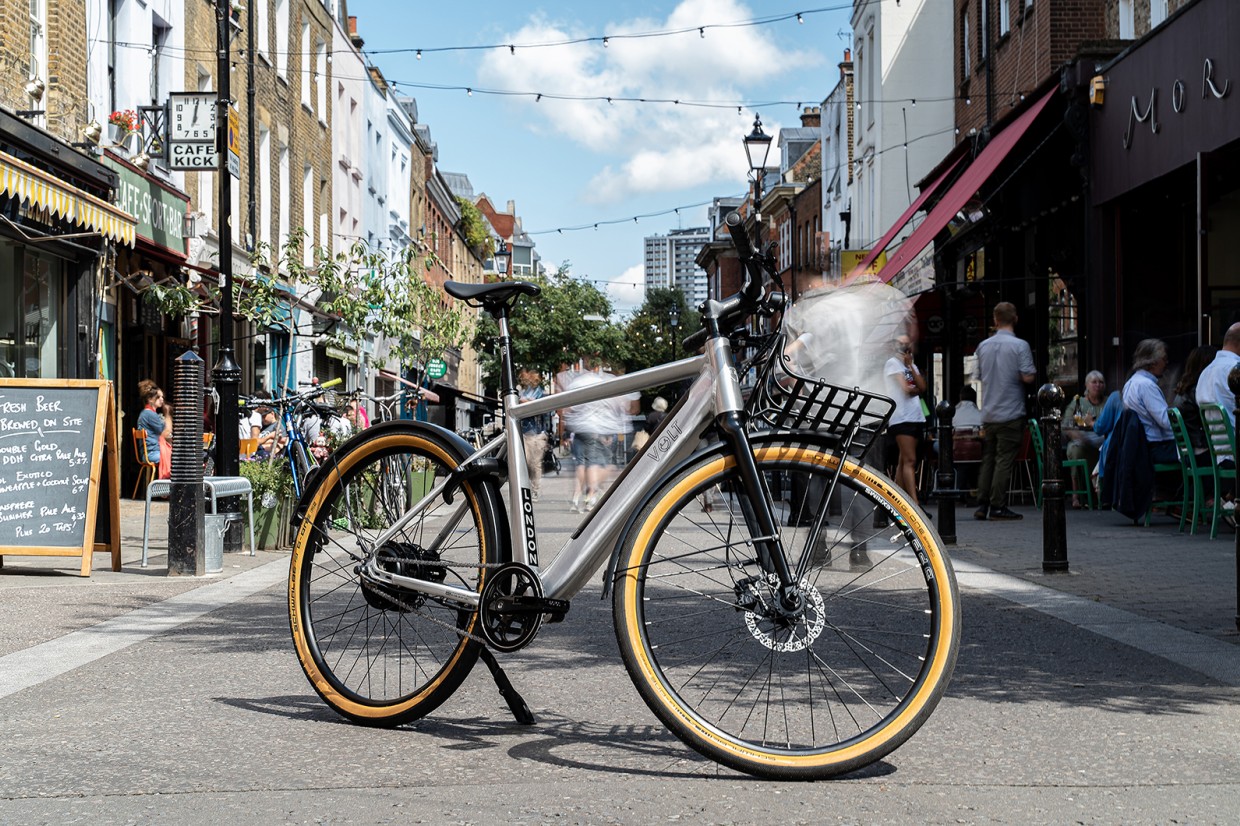 British e-bike brand Volt has launched the London, its first single-speed e-bike which, as the name suggests, has been designed with a focus on urban riding.

The new machine will be produced alongside the rest of Volt’s e-bike range at a dedicated factory in Milton Keynes. It is designed to appeal to fans of single-gear ‘fixie’ bikes, while building in learnings from Volt’s existing models – and Move Electric has been along to the firm’s London Bridge HQ for a first ride.

Priced from £2199, the Volt London features single-speed Shimano gearing and is powered by a 250W Spintech and Bafang-produced motor system, which mates a hub motor mounted on the rear wheel with a torque sensor on the crank drive. The firm claims this combination offers the precision of a crank drive motor with the greater power and boost offered by a rear-wheel hub.

The battery is located within the frame and offers a claimed 60+ miles of range, with a charge time of around four hours. 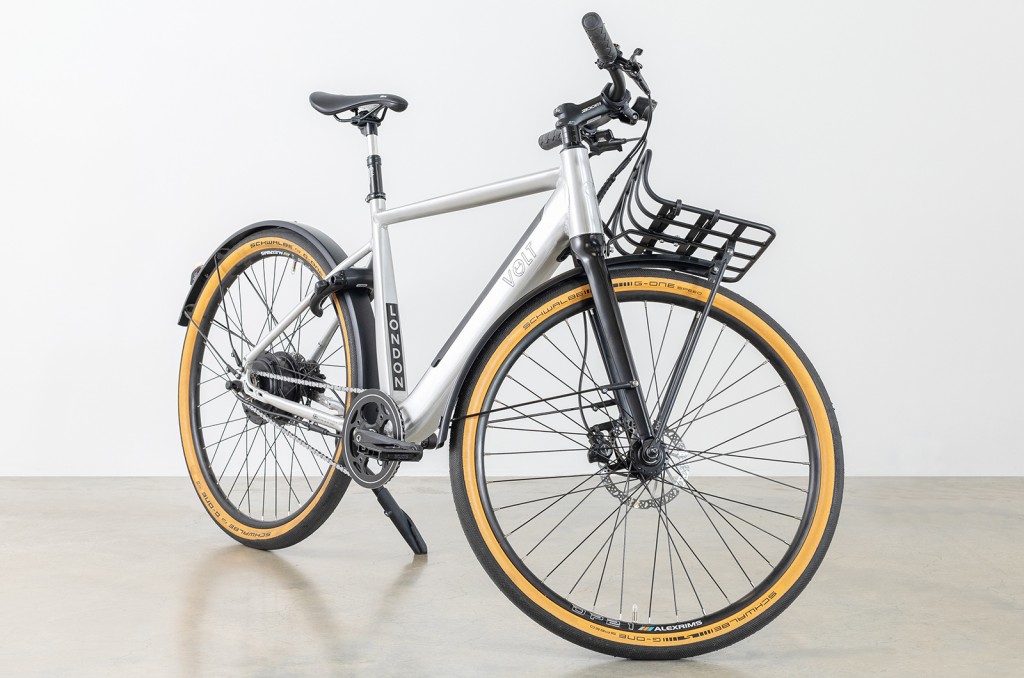 Given the importance of design to many urban bike riders, Volt has clearly spent a lot of time working on the London. And it pays off: it’s a slick design that fuses a clean, modern design with a hint or a retro aesthetic – and it certainly looks at home on the streets of its namesake city.

The 19in frame is finished in a fetching metallic silver, and only Volt’s plug-based logo and the discrete power on button really give away that it’s an e-bike. It’s offset by tan wall Schwalbe tyres and a minimalist – but comfortable – Fabric saddle.

The London comes with a detachable front rack that the firm claims has been designed to hold a pizza or briefcase (or, presumably, a pizza in a briefcase). A larger rear rack can also be optioned. 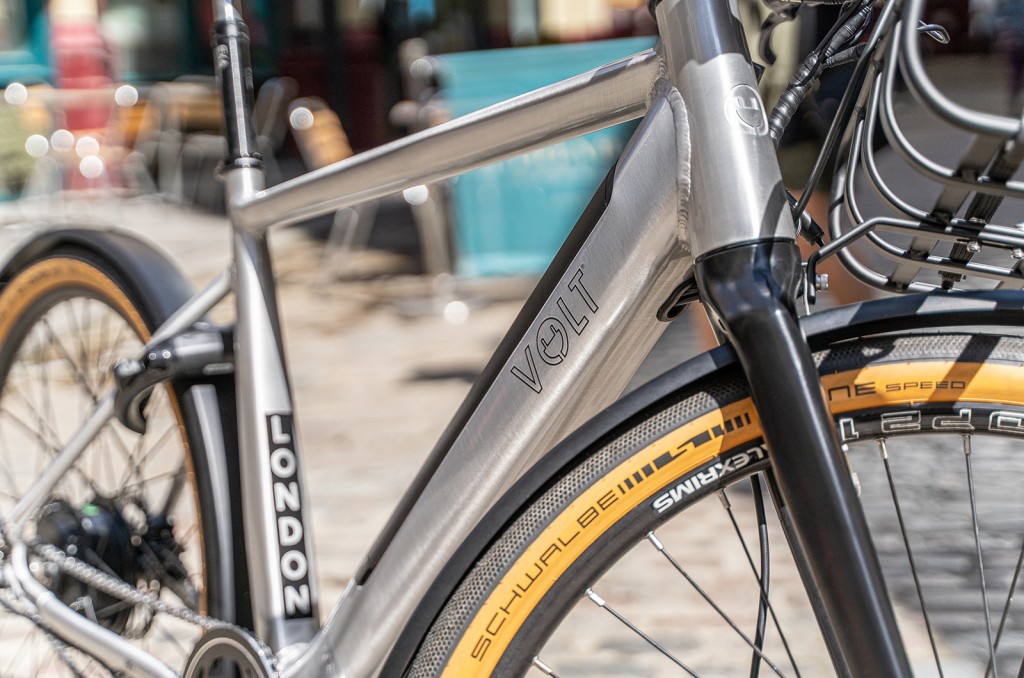 We sampled the London on a short demo ride, led by Volt co-founder Lyle Metcalfe, on a varied range of streets and bike paths in the vicinity of London Bridge. It wasn’t long enough for us to offer a definitive verdict – we’ll bring that to you in the near future – but gave us a good hint of what the London has to offer.

As with other Volt bikes, turning on the electric motor involves pressing a button on the frame, and then holding a key fob immobiliser up to the discrete electric motor control unit.

The motor features four power settings to offer varying degrees of electric assistance, with simple up and down buttons making it easy to cycle through them. In the absence of gears, these also form an effective way of helping get up to speed from a standing start. 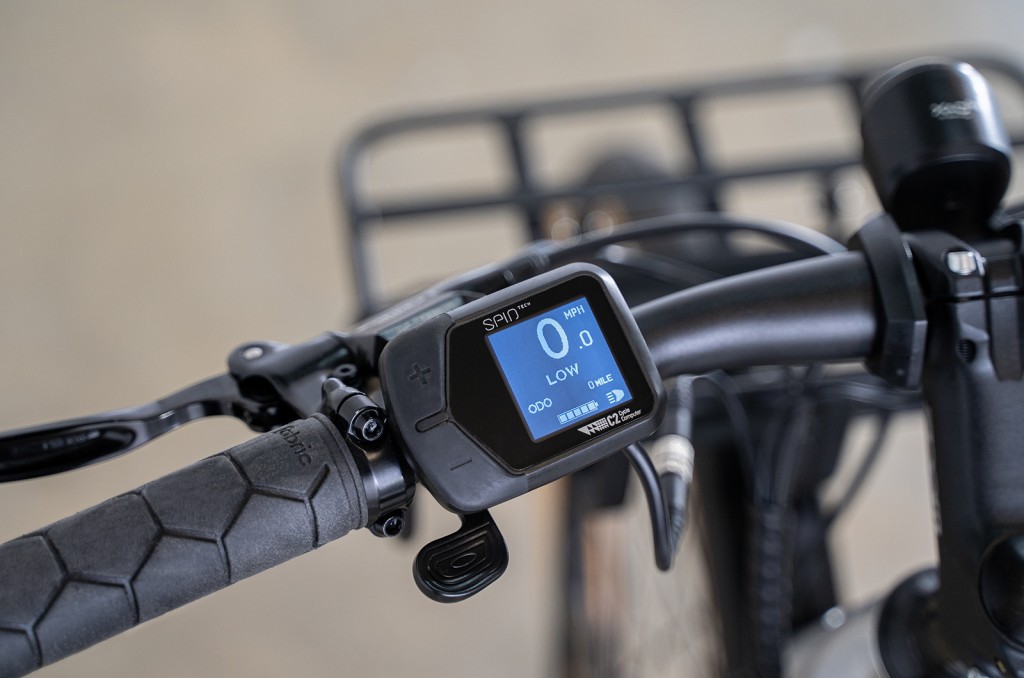 Even with the motor turned off, the London is comparatively easy to pedal, masking the 25.9kg weight (21.5kg with the battery removed) well. At lower levels the London maintains a comparatively natural feel, with the electric boost notable but not intrusive. At higher levels it provides a decent kick, and proved useful at making swift getaways at traffic lights.

There’s also a walk assist button that can help when pushing the bike up a hill – not something we had the chance to try in the flat streets of south London – but which can also be used as a boost function when pulling away from a standing start.

There aren’t many single-speed e-bikes on the market, and the London makes you wonder why: while it should appeal to ‘fix’ fans, the lack of gearing removes one complication from less experienced riders who are increasingly turn to e-bikes.

Our experience suggests the London doesn’t just look the part on the capital’s roads: it is well-suited for use there, offering a confident and comfortable ride. We’re looking forward to spending more time with it to truly judge its versatility – and to find out how it performs outside of its hometown. 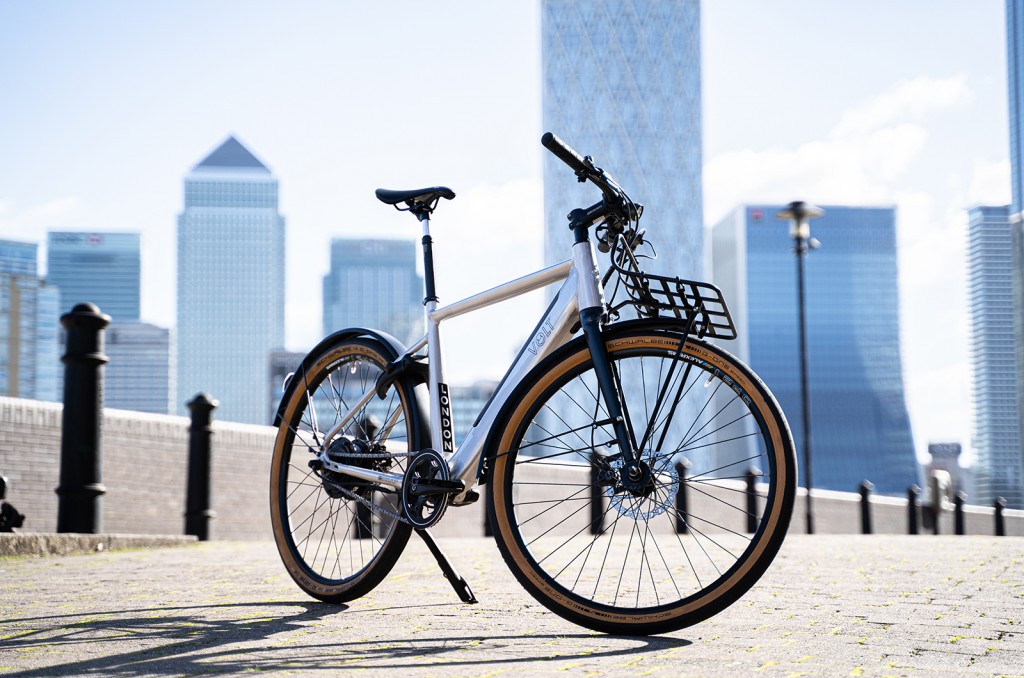