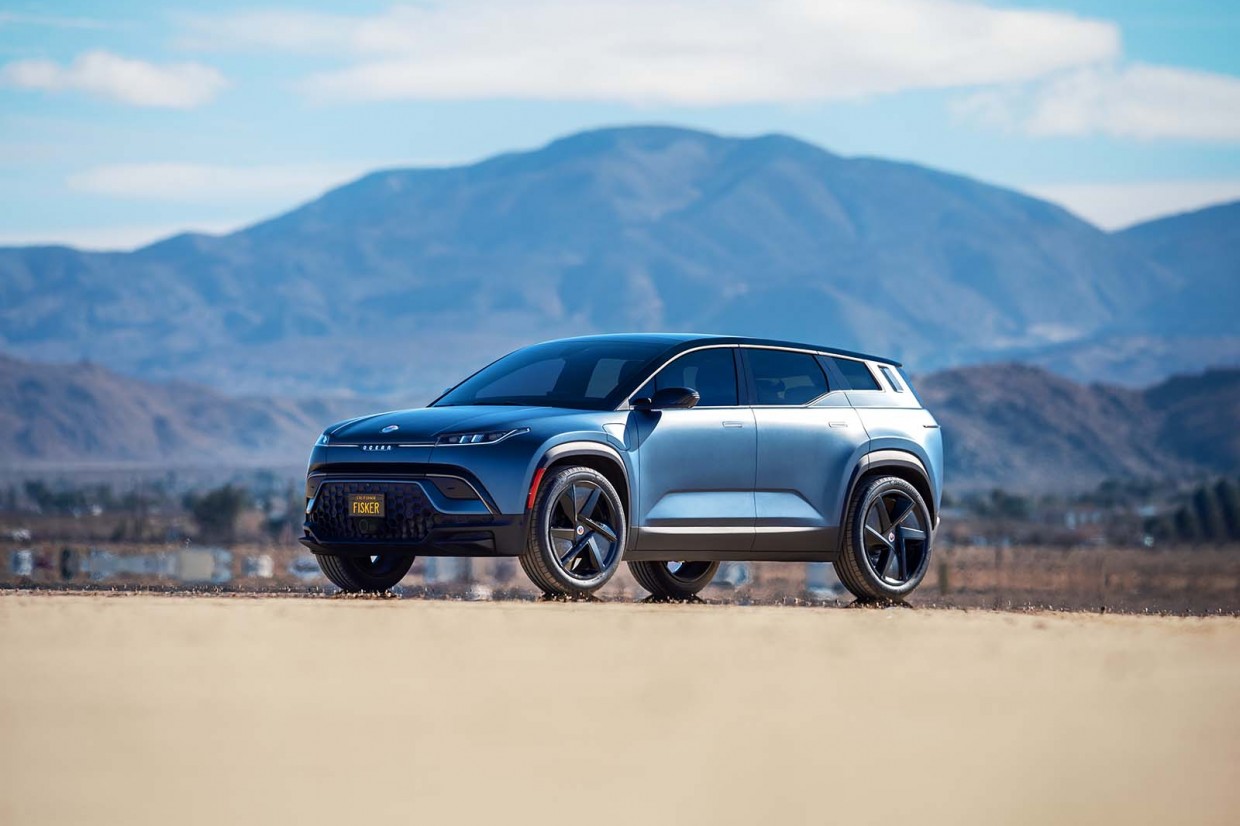 The production version of the Fisker Ocean was first shown at the Los Angeles motor show last year, but its appearance in the technology event that begins on 28 February will be its first showing in Europe.

The Fisker Ocean is a five-seater SUV designed to rival premium EVs such as the Audi e-tron, BMW iX and Mercedes-Benz EQC. It will be offered in three guises, Sport, Ultra and Extreme. Fisker has not yet revealed the battery specification of its new EV but range is estimated to be between 250 and 350 miles depending on trim level.

Fisker says the new Ocean will have a number of driving modes called Earth and Fun, while the Ultra and Extreme models get a Hyper mode.

The California-based brand partnered with automotive manufacturer Magna Steyr to build the Ocean at their factory in Graz, Austria and it is due to land in the UK in the second quarter of 2023.

Fisker says the Ocean will start from £34,990 when it goes on sale here.

"I couldn't be more excited to unveil the Fisker Ocean in Spain and present its unique combination of performance, value and technology to the European media and prospective owners", said CEO Henrik Fisker.

"Europe is essential to our company as we work towards the start of production in November at a carbon-neutral factory in Austria", he added.

The firm recently set-up an office in Munich, Germany and hopes to open its first European-based brand experience centre in the city.

Fisker also opened Fisker Magic Works in the UK last year, which will act as the brands development arm for special editions of the company’s line-up.