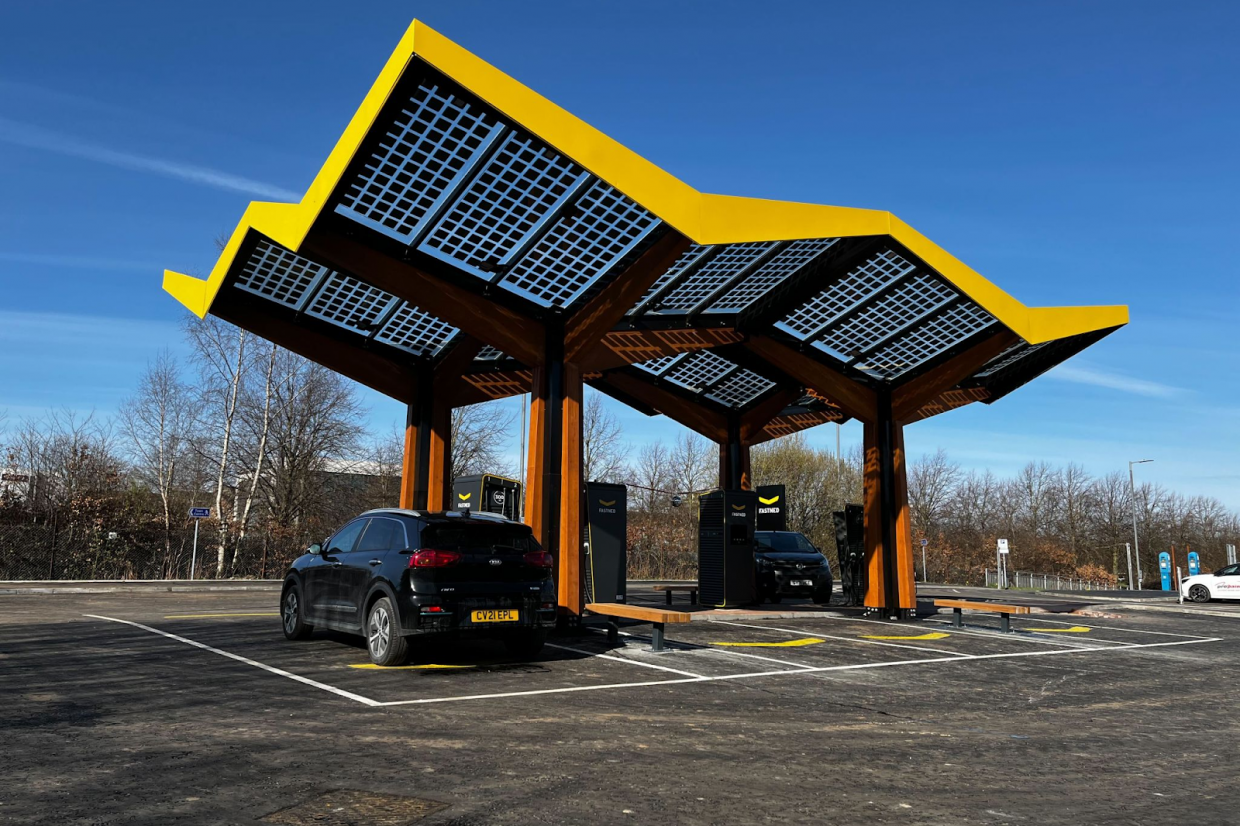 The new site located off the A72 is Scotland’s biggest ultra-rapid charging station for electric cars.

It comprises eight chargers, each of which is supplied by 100% renewable energy and is capable of adding up to 300 miles of range to an EV in just 20 minutes.

The Hamilton charging hub is the Amsterdam-based firm’s tenth in the UK and will “serve the fast-growing community of EV drivers in the area”.

According to sales figures from New AutoMotive, 1 in 10 new vehicles registered in Scotland throughout March were EVs.

The new charging station forms part of the Scottish government's plans to boost the number of charging points in Scotland by encouraging great investment from the private sector.

The station was part-funded by the Scottish Government’s Low Carbon Infrastructure Transition Programme which is supported by the European Regional Development initiative.

“Scotland has long been at the forefront of the UK’s transition to a  greener future, and transport is no exception,” said Tom Hurst, UK country manager and network development manager for Fastned.

“We are delighted to be helping with this transition. Our new station, currently Scotland’s largest ultra-rapid charging station, will bring fast, reliable and easily accessible charging to the area.”

Transport Minister Jenny Gilruth MSP added, “This new station from Fastned, with its striking design and powered by renewable energy, is a fantastic example of what can be delivered by industry.

“We want to ensure that the public electric vehicle charging network keeps up with demand to meet the needs of people and businesses across the whole of Scotland."