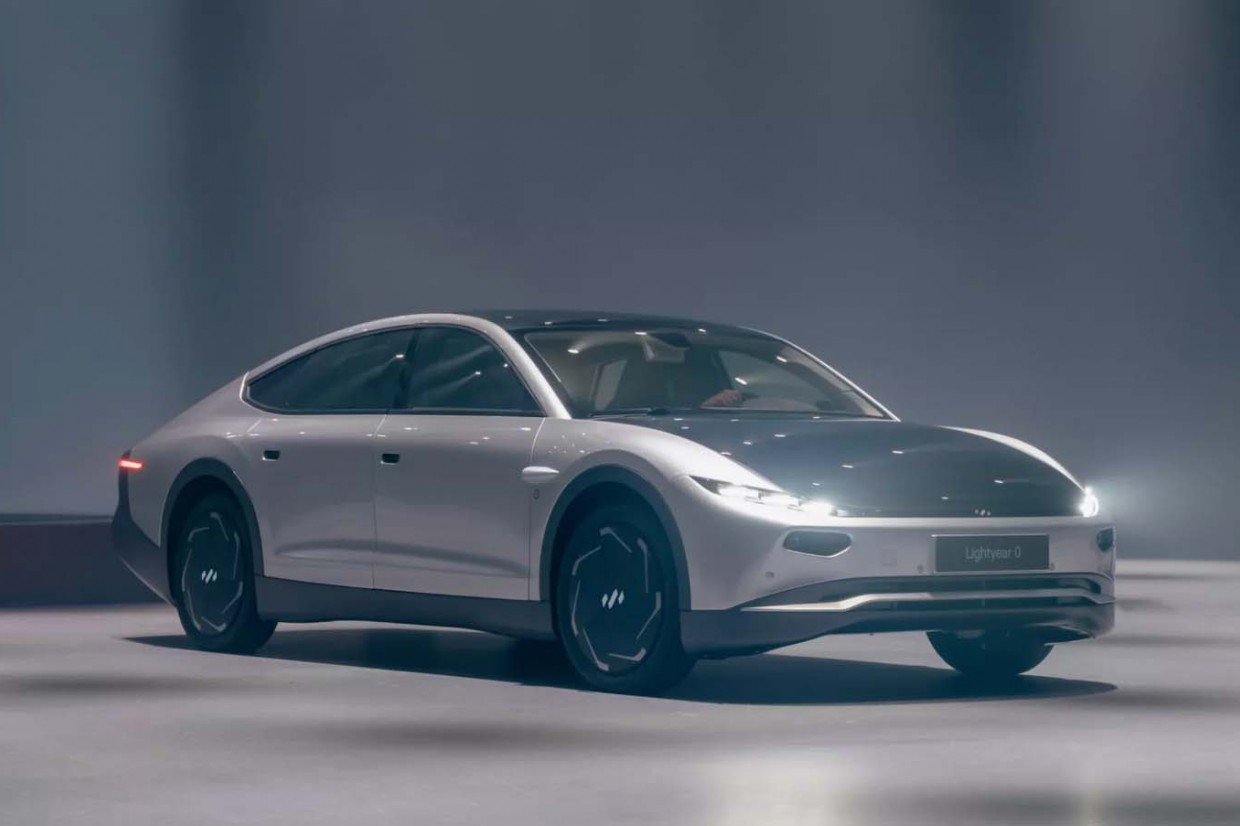 The new Lightyear 0, a solar-powered electric car with a range of more than 400 miles, will make its first public appearance at the Goodwood Revival on September 16-18.

The sleek aero-honed saloon has been developed by Dutch firm Lightyear, and is due to go into production shortly. The firm claims it will be the world's first solar-powered electric vehicle to enter production – although it can still be charged through a plug.

The Lightyear 0 will be on static display at the Goodwood Revival, the retro-themed racing event held at the Sussex venue's race circuit. While the event is generally focused on historic motorsport, Lightyear says that the 0 would represent "a new generation of future classics" as "the first statement car to trigger a solar electric movement."

Goodwood Revival organisers have confirmed that the event will go ahead, following consultation with the UK government and in line with the official protocols. There will be special moments throughout the event to pay tribute to the late Queen Elizabeth. 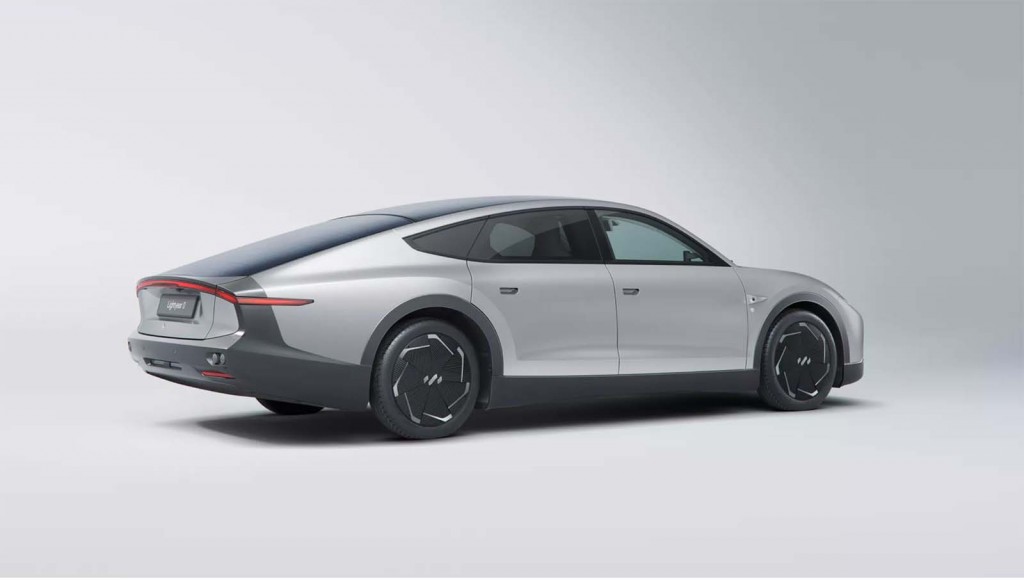 The Lightyear 0 takes the form of a dramatically sloped liftback saloon, which has been honed for maximum aerodynamic efficiency. It weighs just 1575kg and has a claimed drag coefficient of 0.19.

The machine isn't entirely solar-powered: it also has a regular EV charging connector. But unlike machines such as the Genesis Electrified G80 that feature a small solar panel to complement that, the firm says the large unit on the Lightyear could be used as a primary power source.

The roof of the car features a five square metre, double-curved solar panel which can add up to 43 miles of range to the car per day – that's up to 6835 miles per year.

The Lightyear 0 is equipped with a 60kWh battery that offers a range of up to 388 miles on a single charge. Couple this with the energy from the solar panels and the car should offer a range of up to 431 miles. That's helped by an impressive claimed efficiency of 5.9miles per kWh.

Using a public charging device for an hour will add more than 120 miles to the range of the lightyear, while a fast charger will add 323 miles in the same time.

Lightyear says that thanks to the solar power, the 0 can “the car can drive for weeks, even months”, without charging.

In keeping with its zero emission nature, Lightyear has added vegan and eco-friendly materials inside the car, including plant-based leather, fabrics made from recycled plastic bottles and wooden elements made from rattan palm. 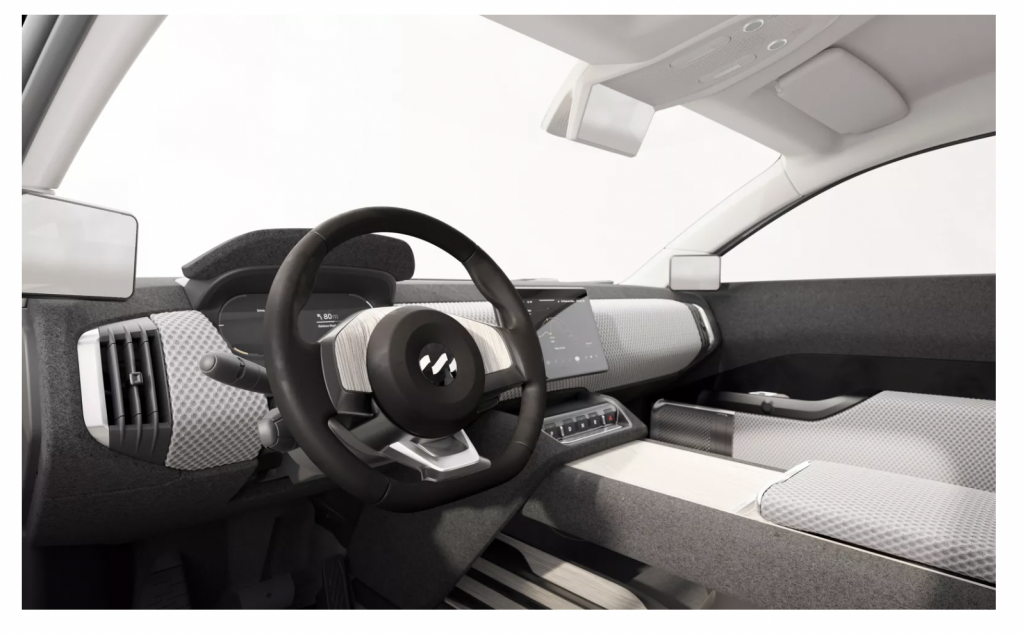 The 0’s bodywork is made from reclaimed carbon, residual carbon fibre materials that would otherwise go to waste.

“Electric cars are a step in the right direction, but they have a scaling problem,” said Light year boss Lex Hoefsloot.

“There’s no hiding from it, access to charging stations will not keep up with the demand for electric cars. To minimise plug-charging and maximise range, the industry’s strategy, so far, has been to add batteries. That increases the carbon footprint of production and, in turn, boosts weight and the need for high-power charging stations.

The Lightyear 0 is the second production version of a solar-powered machine to emerge in recent weeks following the Solar Solar City Car quadricyle that was developed by a pair of ex-Lightyear engineer. 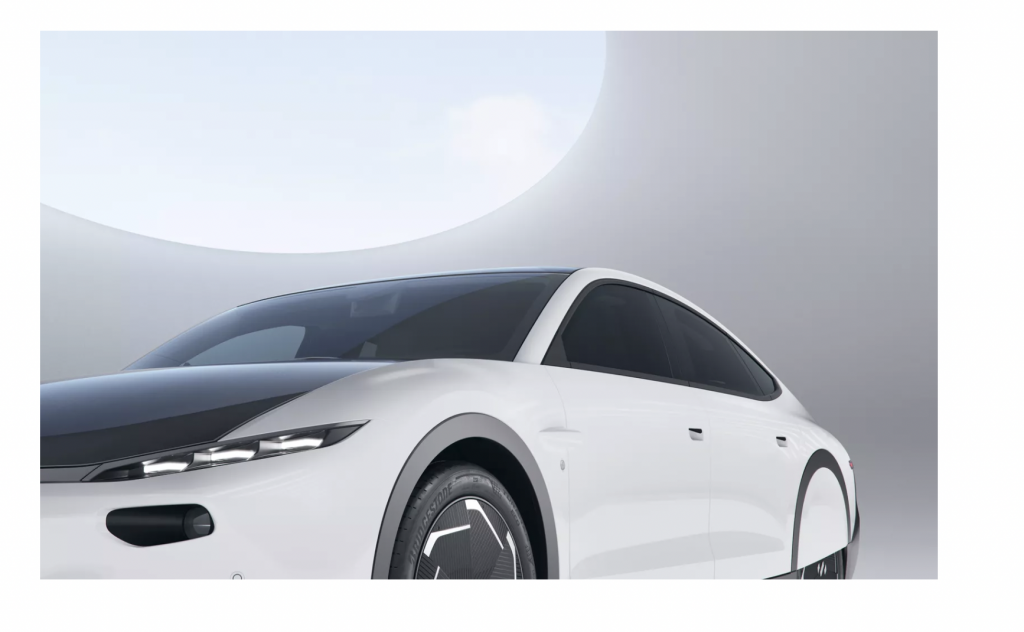