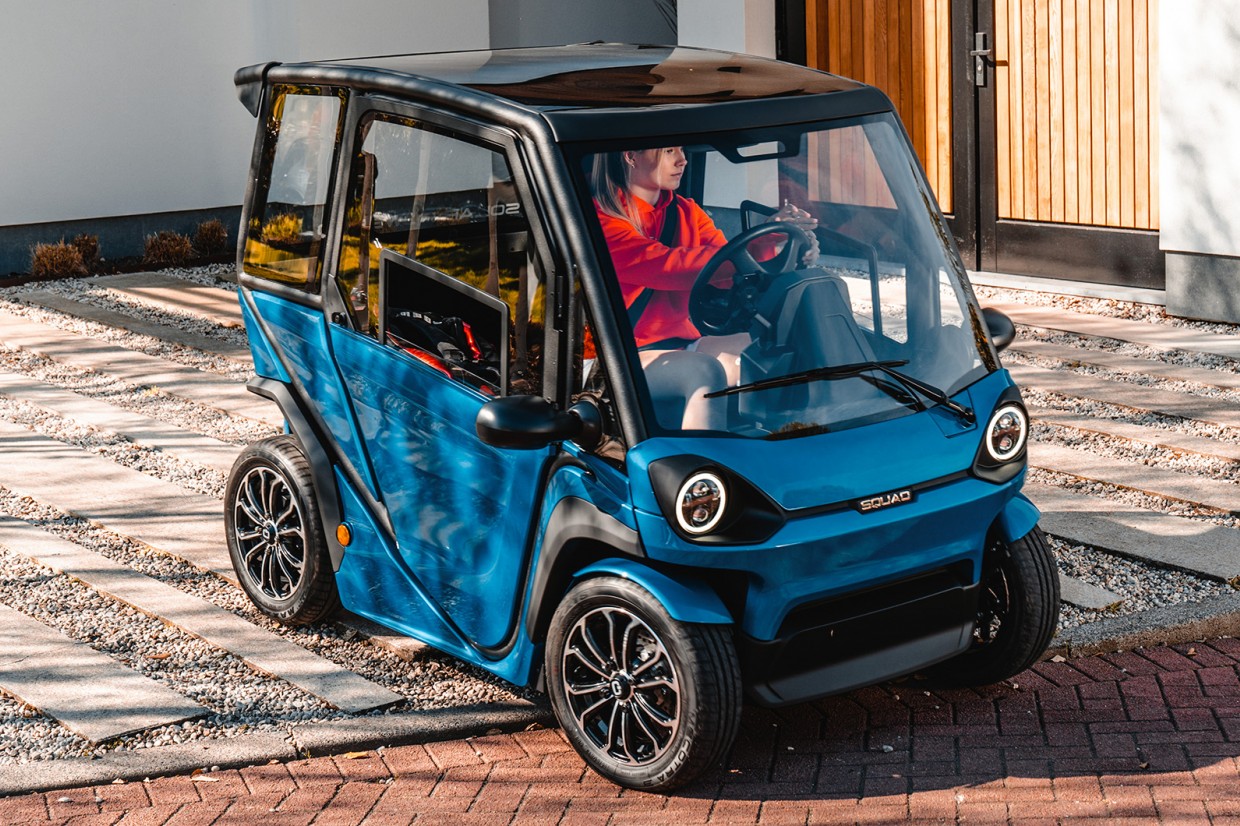 One of the biggest challenges of running a small electric city car is finding somewhere to plug it in to charge. But that’s not a problem with the new Squad Solar City Car – as the name suggests, it can be charged up by the sun.

The quirky quadricycle is now available for preorder after three years of development work by Squad Mobility, a Dutch firm founded in 2019 by Robert Hoevers and Chris Klok. They previously worked for Lightyear, a firm developing a long-range solar car – but the Solar City Car is tasked with tackling short, inner-city journeys. 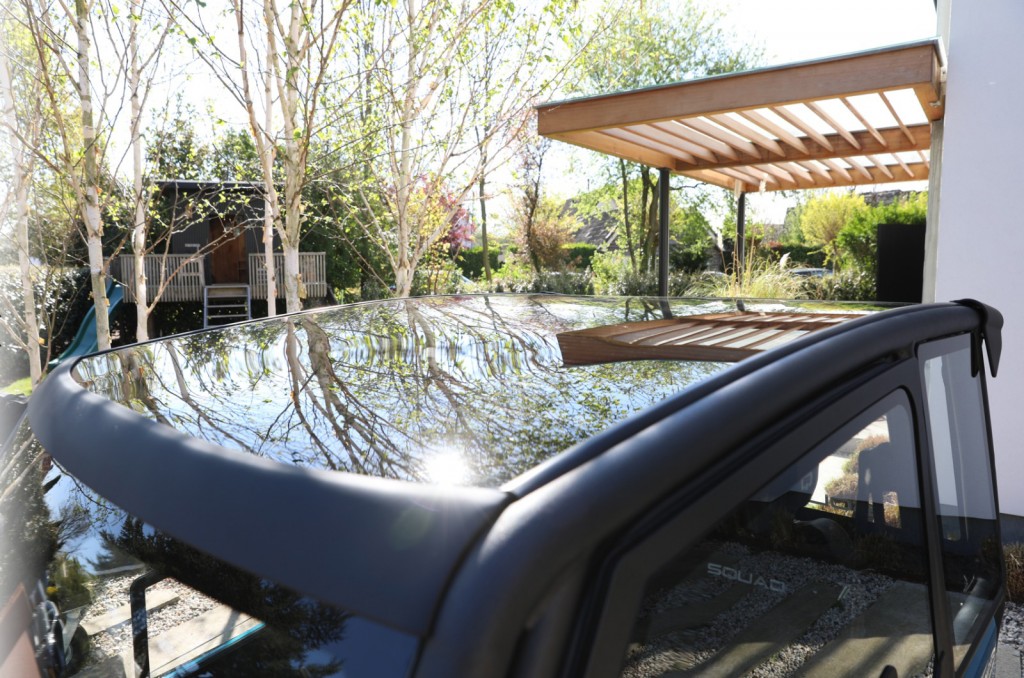 Effectively, the Solar City Car is a Citroën Ami-rivalling quadricycle with solar panels on its roof. It’s due to go on sale next year, priced from €6250 (5290) excluding VAT, and is intended for both private and shared mobility use.

The two-seater is two metres long, one-metre wide and 1.6 metres tall, and is powered by a pair of 2kW electric motors that power the rear wheels and give a top speed of 28mph. So expect to be able to park it in really tight spaces. 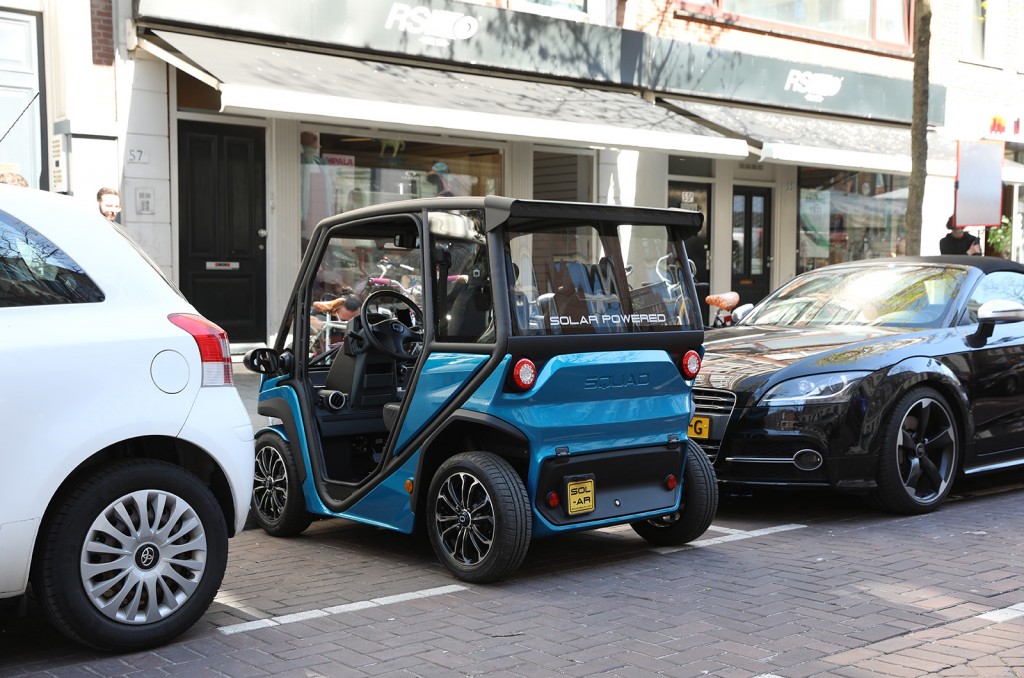 Like the Ami, it is classed in the L6e vehicle category for light four-wheeled vehicles, which means it can be driven by 16-year-olds in certain countries (but not the UK). A more powerful 44mph version, which would sit in the L7 vehicle category, is planned for a later date.

The Solar City Car can house up to four 1.6kWh batteries, giving a maximum capacity of 6.4kWh, enough for a range of 62 miles. Squad claims the on-roof solar batteries can add 12.5 miles of range a day on a sunny day in Europe. While that might not sound a huge amount, the firm notes the average city car of this use type drivers about seven miles a day. 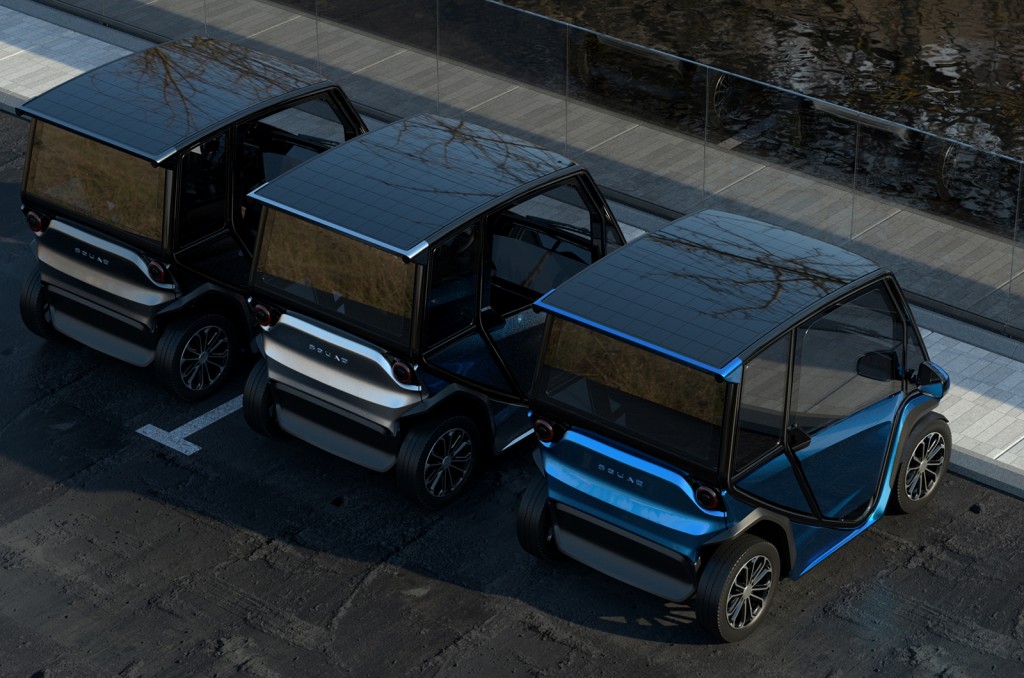 Of course, as anyone who’s experienced a classic British summer will know, you can’t guarantee the sunshine. But the good news is that the Solar City Car isn’t reliant on a clear day. Which is why the car can be plugged into a 220V socket and, even more cleverly, the battery packs are removable. So if it’s a rainy day and you can’t park near a plug, you can take the batteries to one. 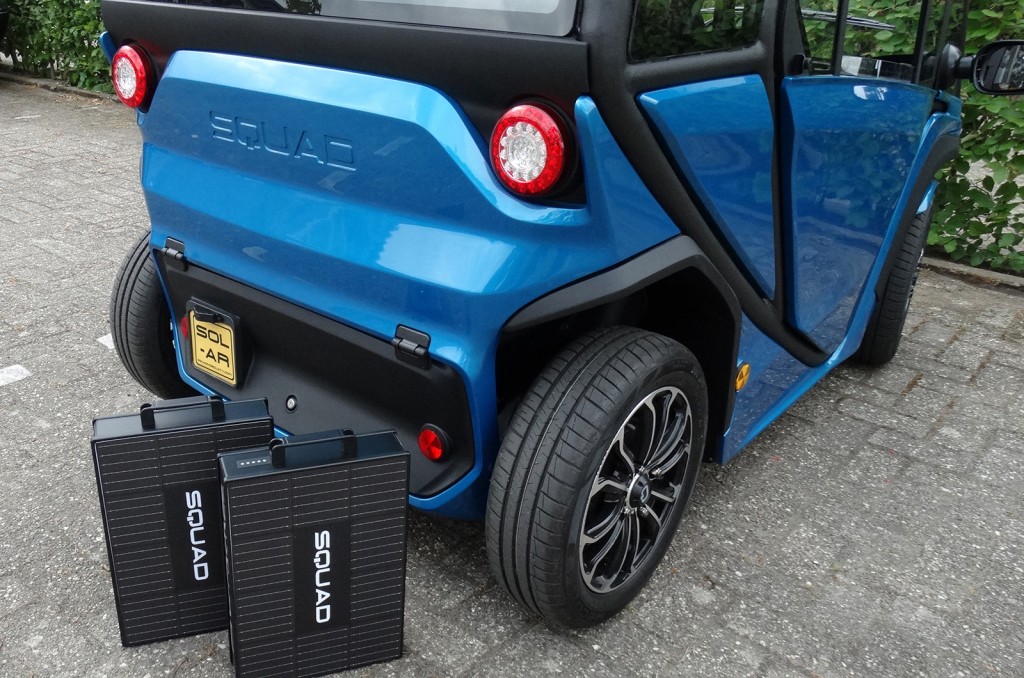 Beyond the solar power and battery tech, the machine features a built-in roll cage, seat belts and a full front and rear crash structure. Oh, and the doors can be removed so when the weather is nice you can drive around enjoying the sun before letting your car enjoy the sun while charging.

As with many quadricycles, the interior is a little basic, but still features a number of cup holders, a phone holder, a USB charger and optional air conditioning. As well as the two seats there’s 168 litres of storage – rising to 243 litres if you fold the passenger seat. 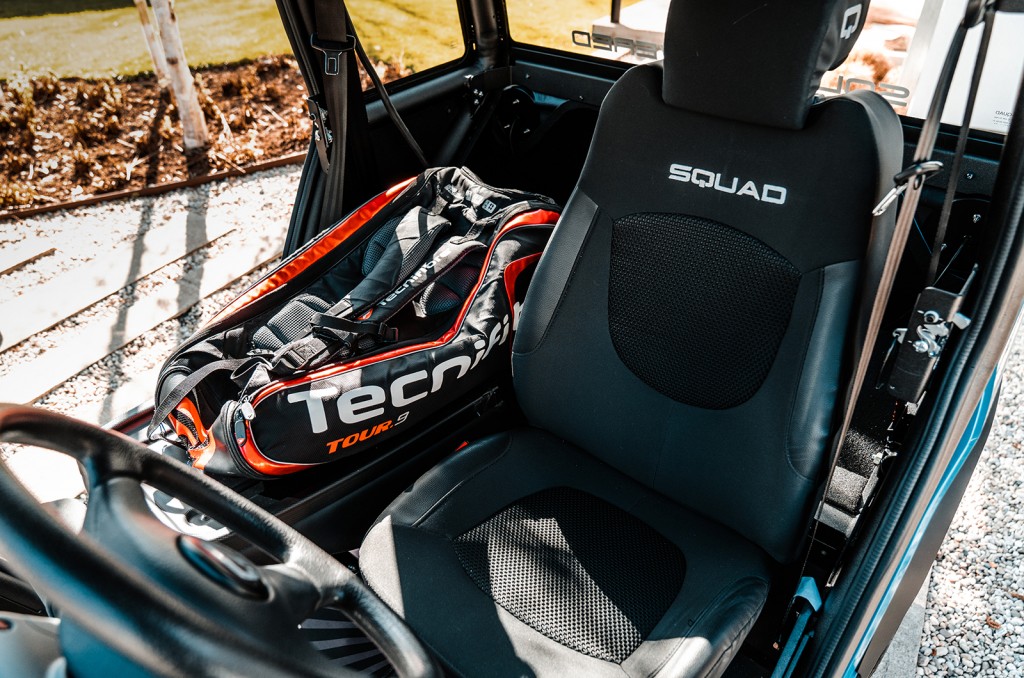 The Solar City Car is designed for both private use and for mobility and car-sharing fleet schemes – with operators of such schemes able to order a ‘power wall’ to charge multiple battery packs at the same time.

As well as being offered for sale outright, the firm is planning subscription and lease schemes, with the latter starting from £84 per month. It is yet to be confirmed if Squad will officially offer the machine in the UK. 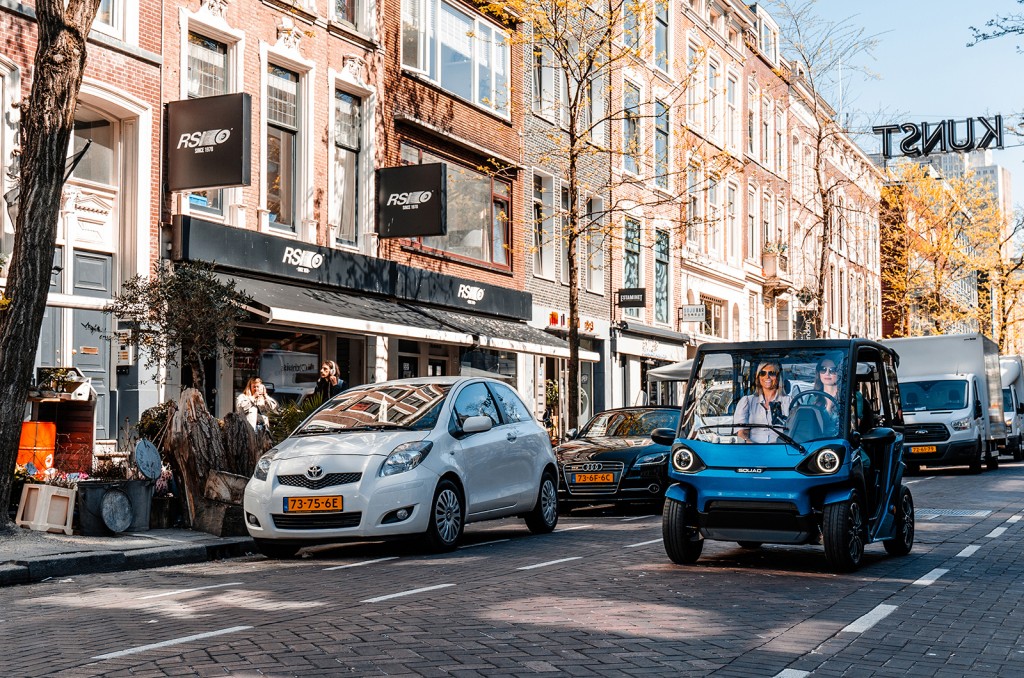 Various car firms have experimented with solar panels on machines over the years, and it was offered as an option on the previous Toyota Prius Plug-in Hybrid. But the size of the panels meant the charge it added was rarely cost-effective for full-size cars – the Prius was estimated to add around 100 miles of range per year.