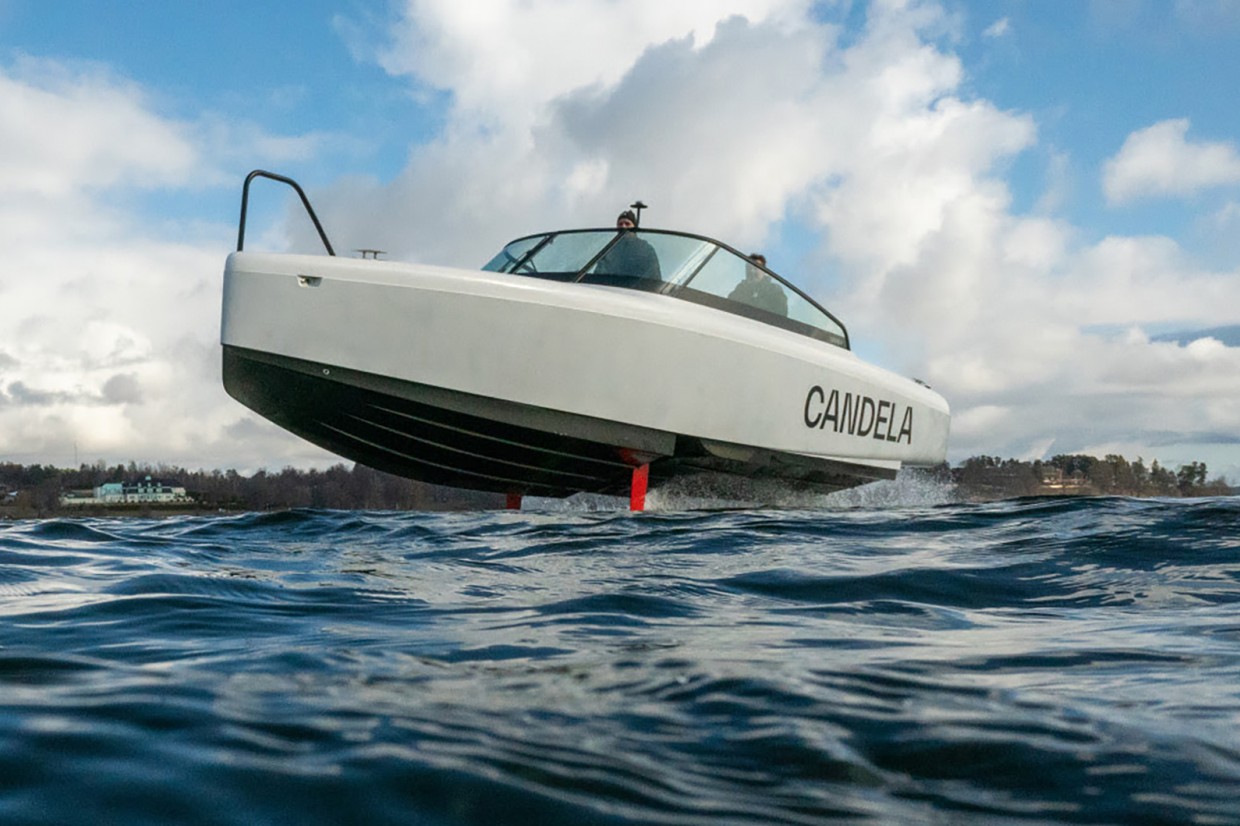 The much-anticipated new Candela C-8 electric boat will make its public debut this week when it flies into the Saloon Nautico boat show in Venice.

The Swedish electric hydrofoil – basically a boat with a hull that’s designed to lift out of the water as it accelerates, reducing drag and allowing for greater speeds – is due to go on sale later this year. Candela has made the big claim that it could make all other boats “obselete”, and have added that it could “save Venice from destruction”.

Candela makes that claim not just because the C-8’s electric powertrain that means less pollution ends up in the water and air, but because of the differences between the new craft and other comparable 28-foot electric speedboats.

The C-8 will be the fourth machine from the Swedish electric boat firm, following the P-12 water taxi, P-30 commuter ferry and C-7 sportsboat – but it’s by far the most ambitious.

The key technology is the hydrofoil hull designed to lift it out of the water at a speed of 16 knots (around 18mph, for any land lubbers). It can then cruise at speeds of up to 30 knots.

By using hydrofoils to lift it out of the water. Candela claims the C-8 is up to 400% more efficiency than a traditional speedboat, giving it a longer range despite a smaller battery. The craft can reach 30 knots, but at a 20 knot cruising speed it only uses 20kW of power. That means it can cruise for 2.5 hours before needing charging.

The hydrofoil design means the craft also ‘flies’ above the water and waves, which means less wake – and that’s good for reducing damage to Venice’s buildings. It is thought that more than half of buildings in the city have been damaged by the wake of craft travelling down its canals.

The C-8 will be one of a number of electric craft at Salone Nautico, which begins on Friday (May 27). It will take part in the event’s second E Regatta, which features a range of contests and events for electric craft.

While it will be the event's public debut, we have seen the machine before: back in February Candela successfully tested that system for the first time with the P-01 prototype, in the waters near its base in Lidingö near Stockholm. 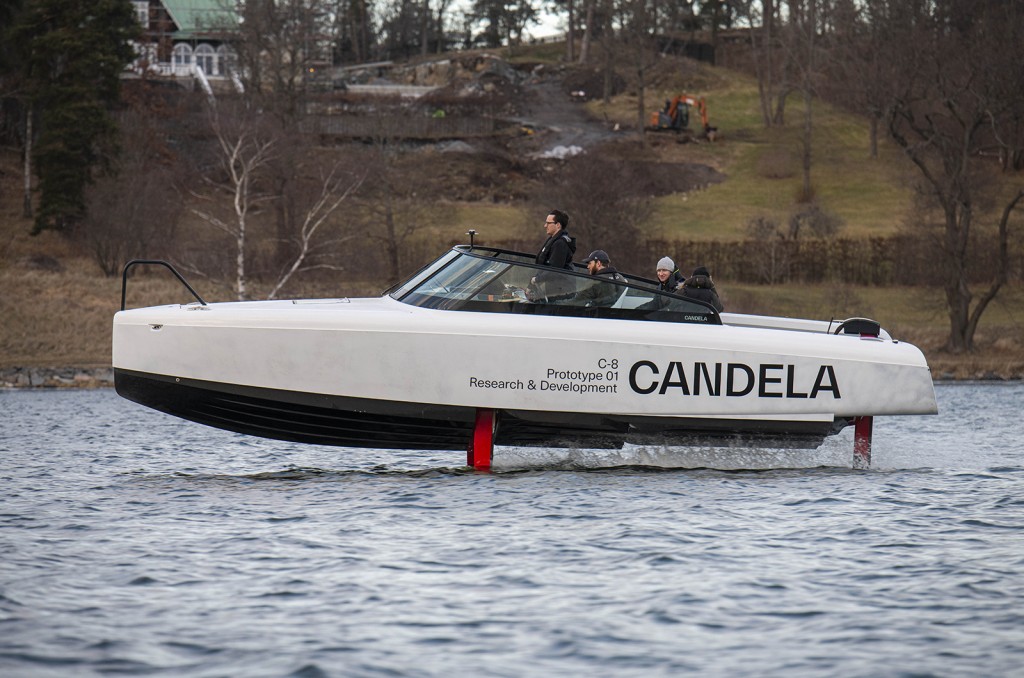 The machine was run at a cruise speed of 20 knots, and was described by company boss Gustav Hasselskog as bring “smooth, and very, very silent”.  Hasselskog added that he hoped “we can drive the transition to emission-free boating at a very fast pace.”

Candela says that it is focused on a hydrofoil design because the amount of energy required to drive a conventional boat through the water would drain the largest feasible lithium-ion batteries in around 30 minutes. One the boat is ‘flying’, the C-8 uses 80% less energy than a conventional boat, vastly improving the range. 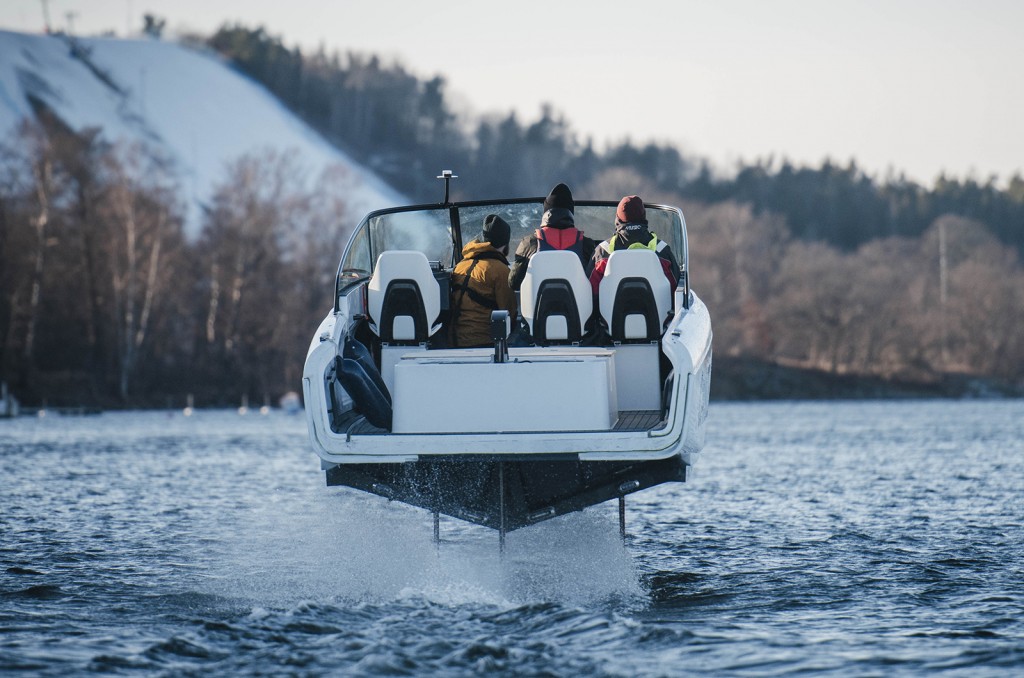 Powered by a 44kWh battery, Candela claims the C-8 can travel at 20 knots for 50 nautical miles, which it says is more than double conventional electric speedboats.

Candela also claims the stabilised hydrofoils leave no wake, while a digital flight control system helps to keep the boat level even in choppy water, further reducing the energy required.

The machine is powered by Candela’s own C-Pod motor, which produces 50kW. The machine also features fly-by-wire steering and an autopilot system, and will accept over-the-air updates so that more features can be added. 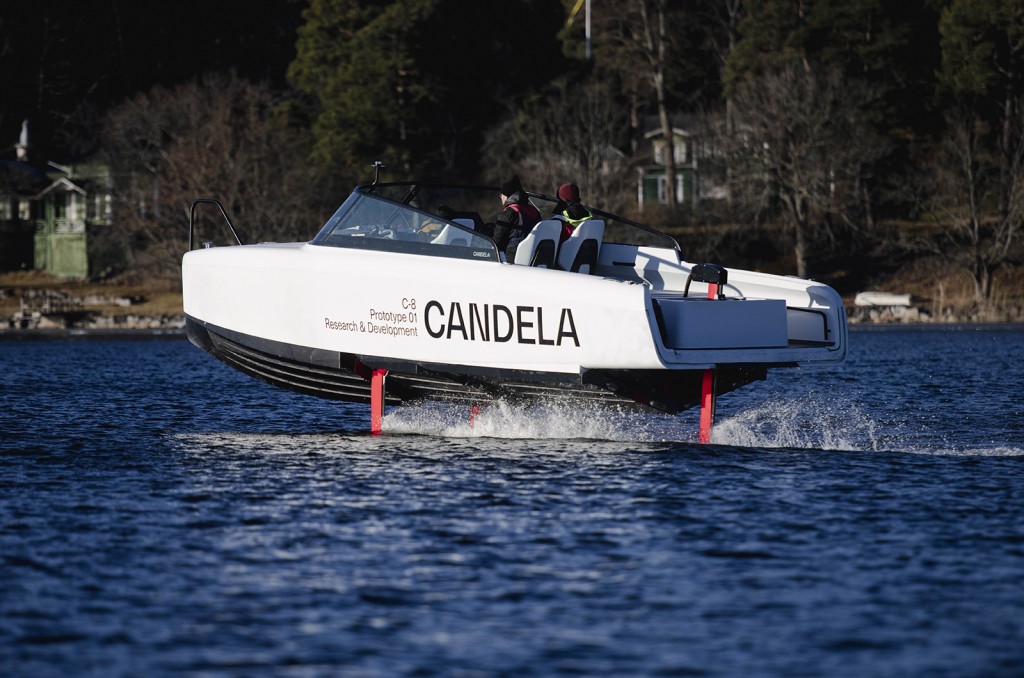 Candela claims that it has received more than 100 orders for the C-8 since it was revealed last year, with the machine priced at around £243,000. First deliveries are due later this year, and the firm is aiming to achieve rapid mass production of around 400 units a year by 2023.