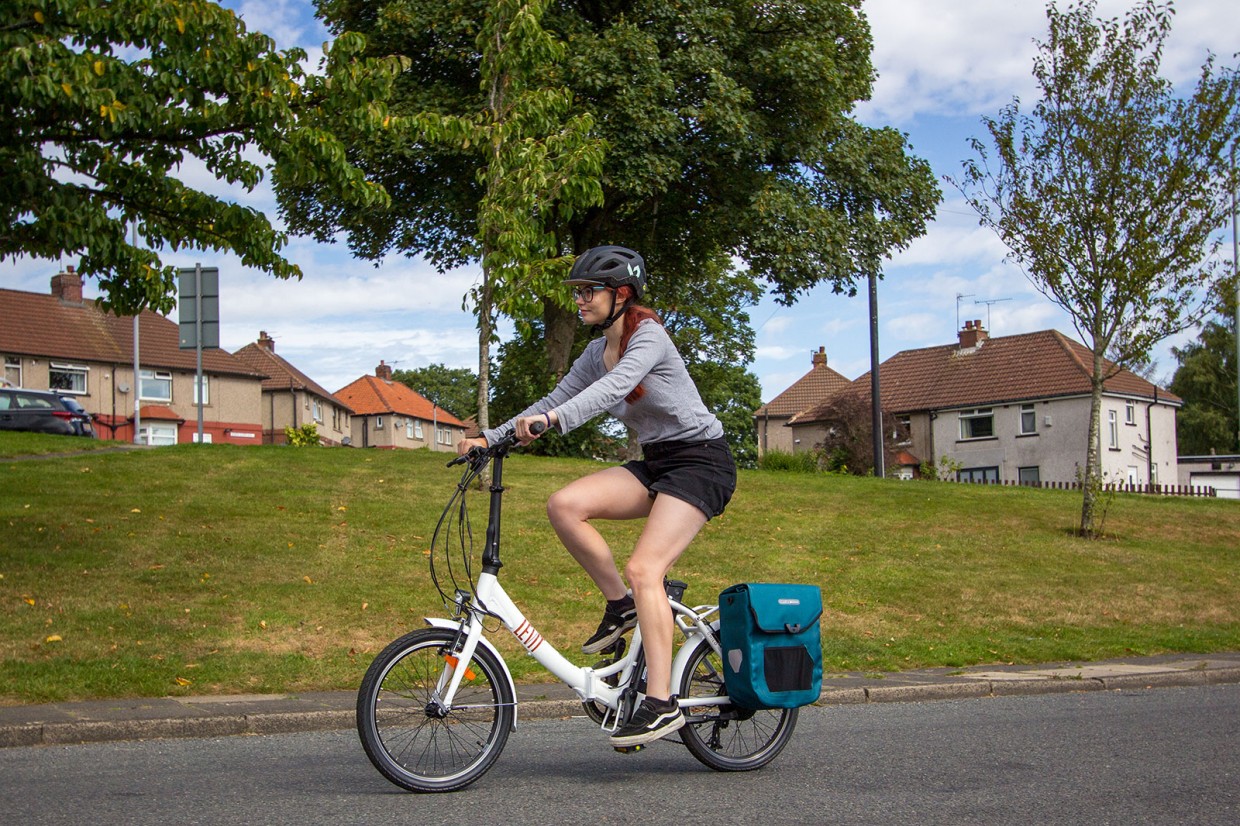 What is it?
The Levit Chilo 3 374 Wh is a budget folding e-bike, the least expensive of the Chilo range. The Chilo 3 comes with rim brakes and a smaller battery capacity compared to the Chilo 1. Both, however, come with Levit’s HD motor which can provide up to 40 N m of torque. 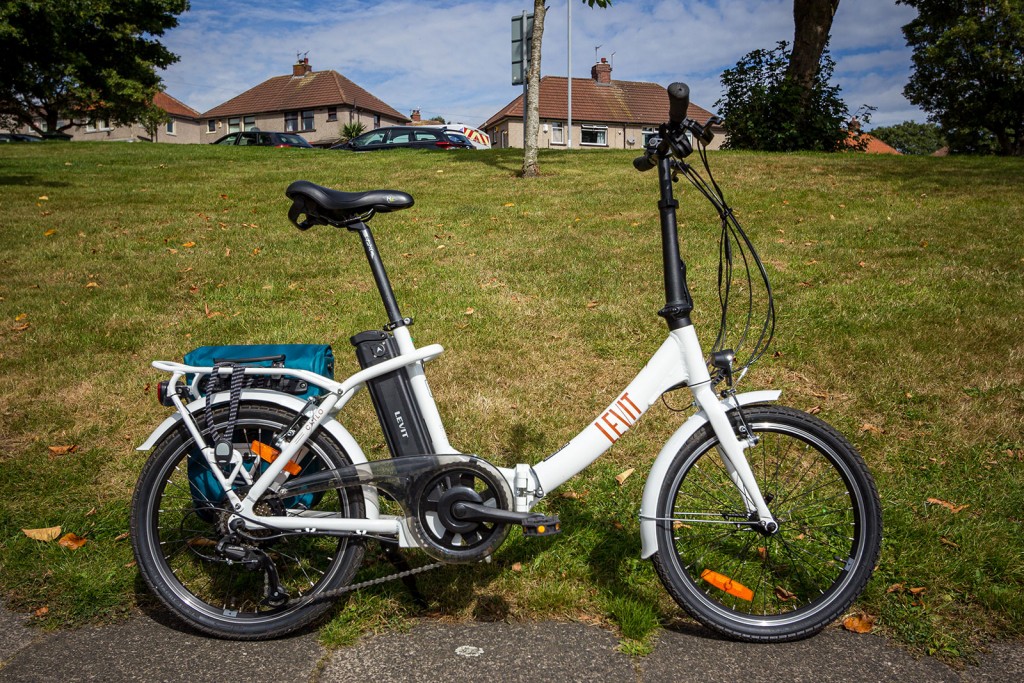 What is it like?
Designed for the urban environment, I worried the hilly terrain in my local area would prove too much for the Chilo – I could not have been more wrong. Bizarrely, it works better on an incline than it does on the flat. Riding along on a flat road the bike struggles to reach 13 or 14 mph. I'm not entirely sure why, as it genuinely feels quite fast uphill, but it's something to bear in mind if speed is a reason you're looking at the bike.

Another reason I struggled with speed on the flat is that I felt the bike was somewhat under geared. The 14-28 cassette paired with the 42T chainring meant I was rarely using anything outside of the lower half of the cogs. 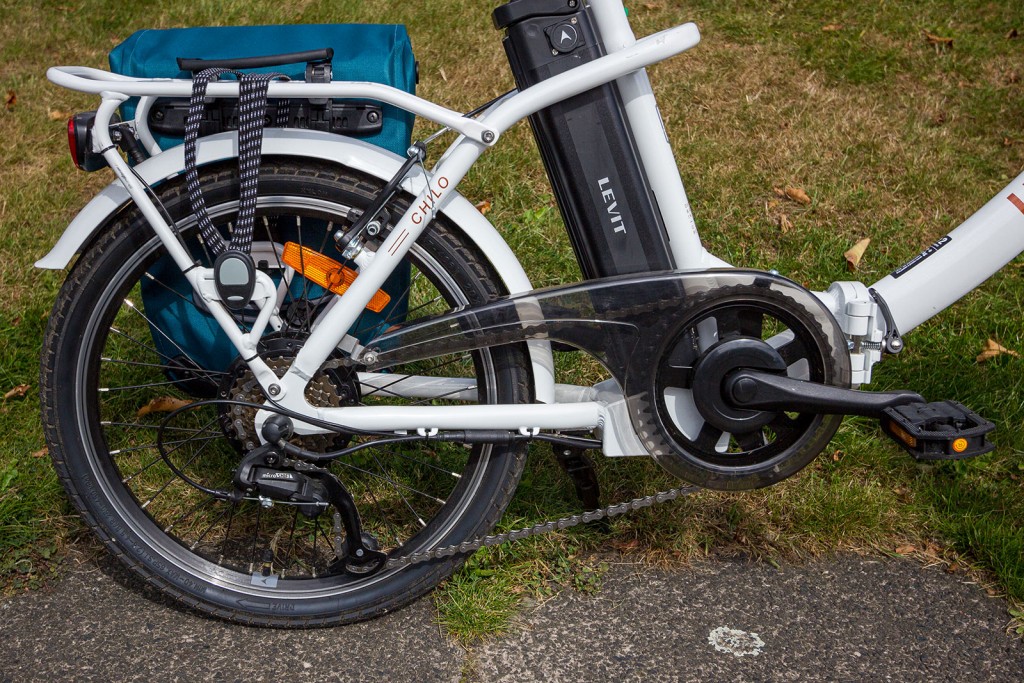 The gears themselves worked reasonably well, but you have to bear in mind the money you’re paying. At this price point, you won’t get the crisp shifting of electric Di2, but if you can make sure everything is well adjusted then you’ll get them to work reliably.

Levit has chosen to use its own brand motor, which sits in the rear hub. It's well suited to the urban environment and provides up to 40 Nm of torque as previously mentioned. It does, however, take almost a full pedal stroke to engage, which if you're trying to set off from traffic lights on a hill can be less than ideal. 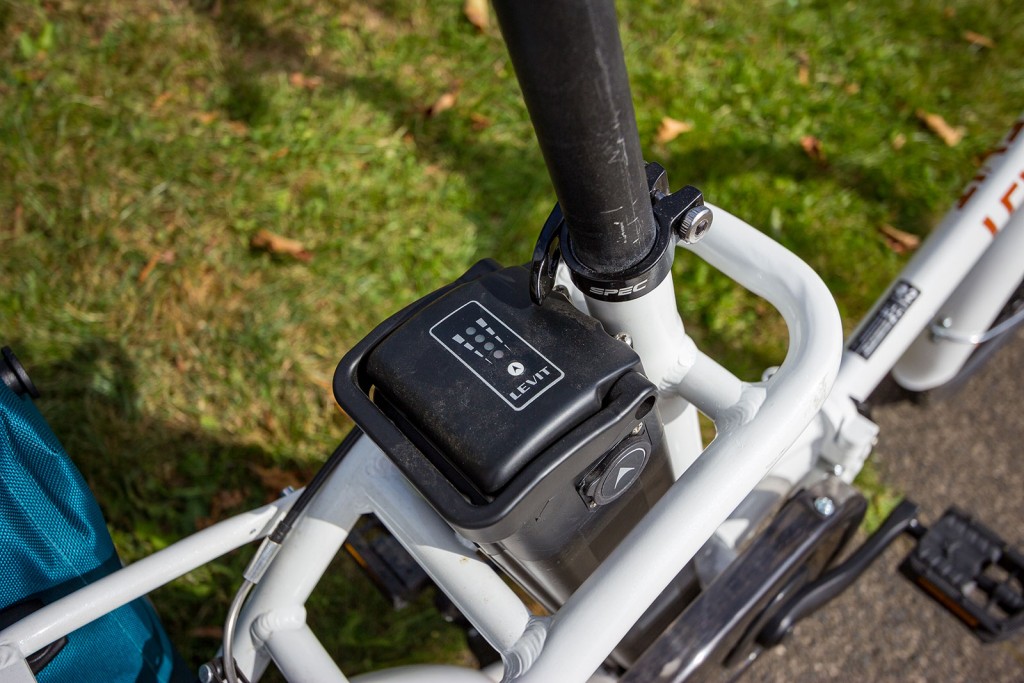 The battery is also a Levit product, with the Levit 3 using a 374Wh variation compared to the 630Wh option in the Levit 1. The company doesn’t advertise the battery range, but I got about 20-25 miles out of one charge, depending on the terrain. You can measure the charge through the display, which also shows and controls the assist levels.

Interestingly, the battery level seems to dip from five bars to four almost instantaneously even after fully charging it. It then takes a little while to dip down to three and two, but once the battery light has gone onto the first bar it starts to reduce the power and makes riding it up any hills quite tricky. 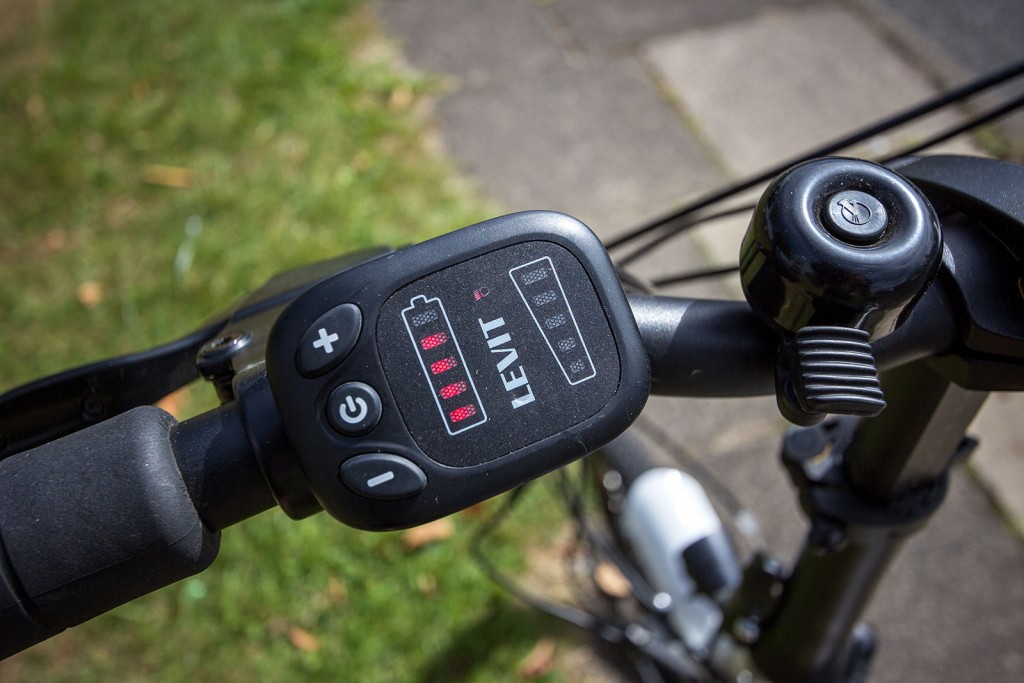 There are five assist levels, and I’ll be honest I barely used one and two. Three upwards was where I generally lived, although being aware of the battery life I would turn the assist off completely on a descent to save some range.

The placement of the battery is external to the frame, which in theory means it’s easy to remove to charge. Instead, the way Levit has attached it means it catches on the seatpost quick release. Therefore, to release it means you need to remove the seatpost. It’s a small quirk but something that can be irritating if you constantly have to adjust your saddle height before riding. 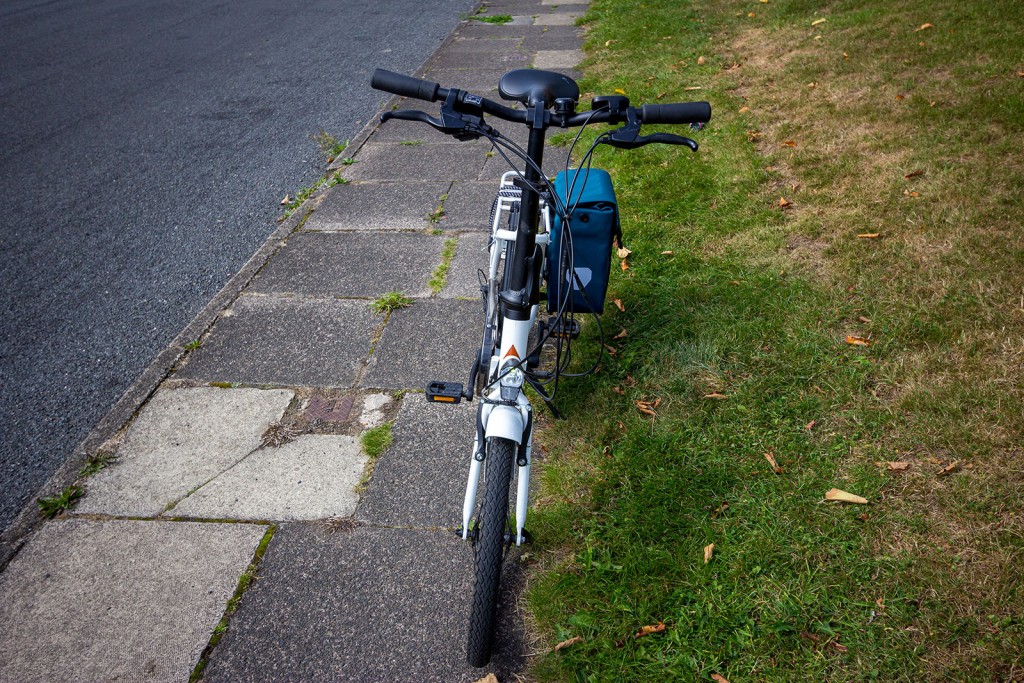 Rim brakes on an e-bike are almost a rarity now, but not necessarily a bad thing to have. Unfortunately, these brakes were quite underpowered, I didn't find myself struggling to stop too much but emergency stops were out of the question. I also couldn't get the front brake to stop squealing.

The overall ride quality of the Chilo 3 is pretty good. The handling is nice and agile without being twitchy, and the 20in wheels with 1.75in tyres absorbed a lot of Yorkshire's inadequate roads. 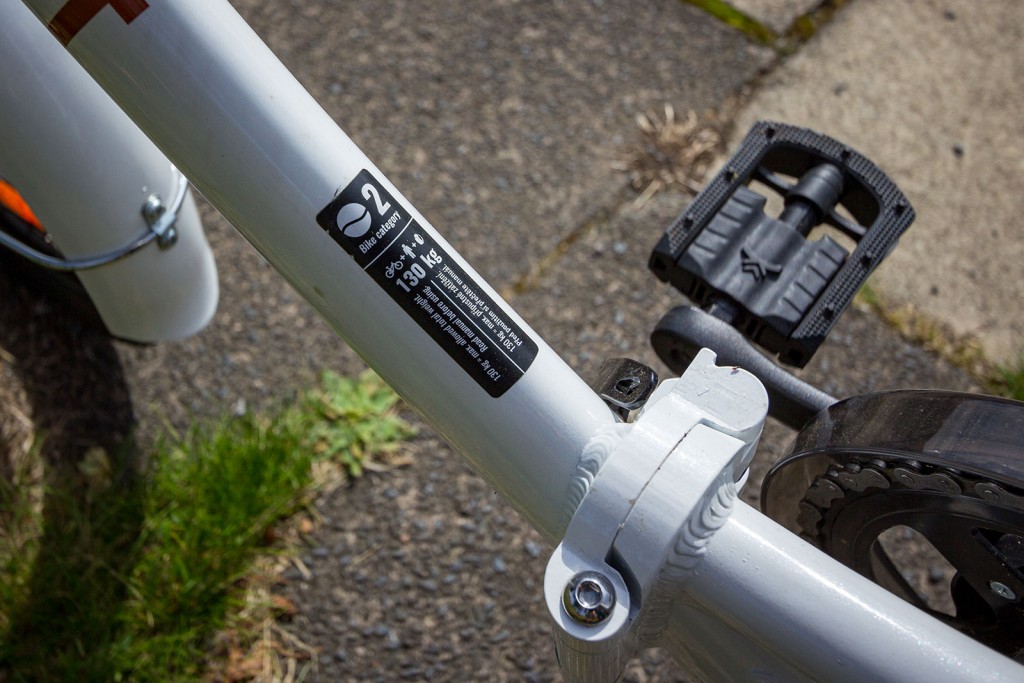 It comes in one size, which for once, actually felt like it could suit a range of people. The frame has height adjustable bars, and the seatpost extends beyond the leg length of a small child. Levit suggests it fits riders between 4'11" and 6'0", but notes that taller riders may require a longer seatpost.

Another selling point of the bike is its foldability. The joints feel pretty stable and to be honest it rides like a non-folding bike. It’s easy to fold down and put away, but it is quite heavy so I’m not entirely sure I’d feel comfortable taking it on the tube without hitting the gym first. 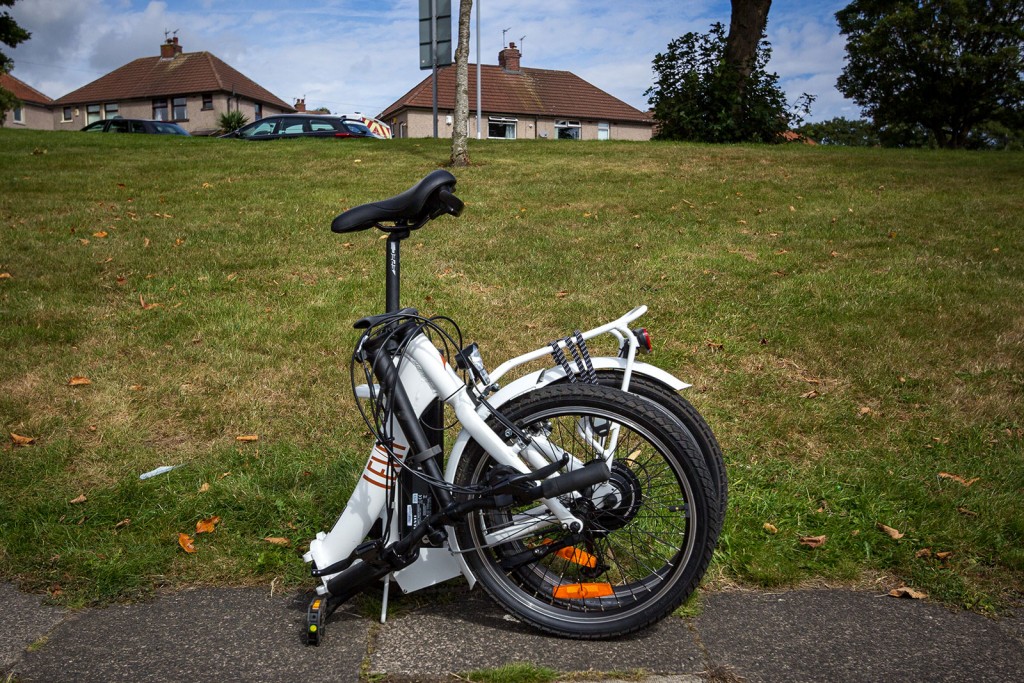 Other commuter/urban-friendly features include the pannier rack, which I took full advantage of to fill a bag at the local bakery. The rack is quite close to the pedals, however, so I did find myself stroking the bag when I set off on the bike. The mudguards, chain guard and integrated lights are also all nice touches – particularly at this price point.

If you can overlook the lack of speed and motor issues, it's a decent offering for those looking to get around town. 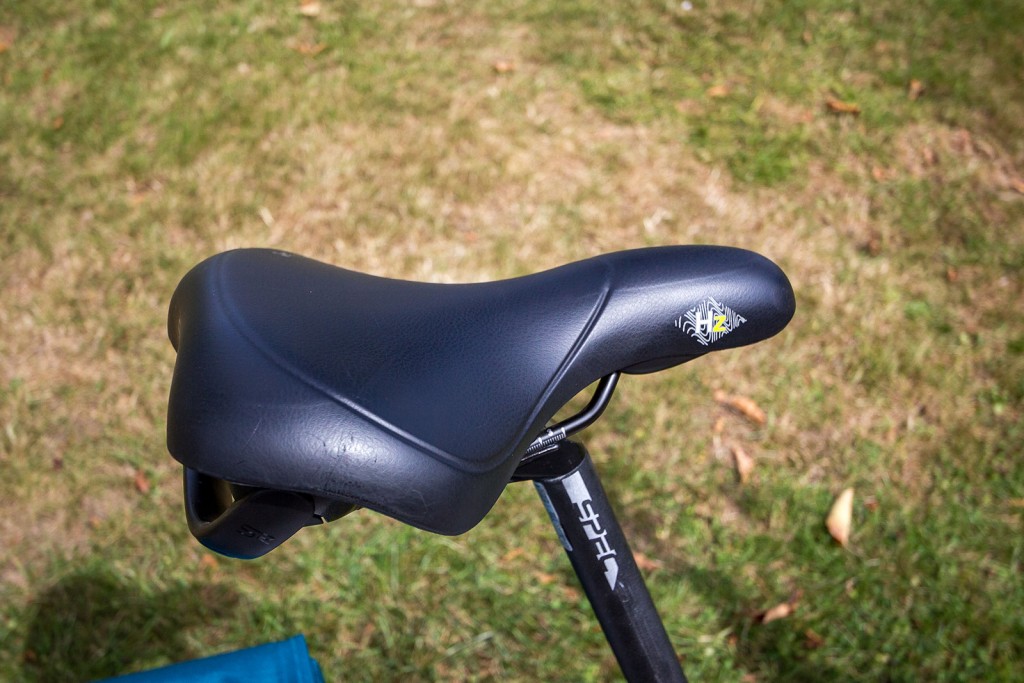 Where can I buy it?
From Rutland Cycles.

How does it arrive?
With minimal assembly required – only handlebar adjustment and pedal attachment are needed.

Verdict
A decent value offering from Levit that performs well on hills, but less so on flatter terrain. However, the rear rack and foldability make it a good option for commuting or errand running – if speed isn't a big factor for you. 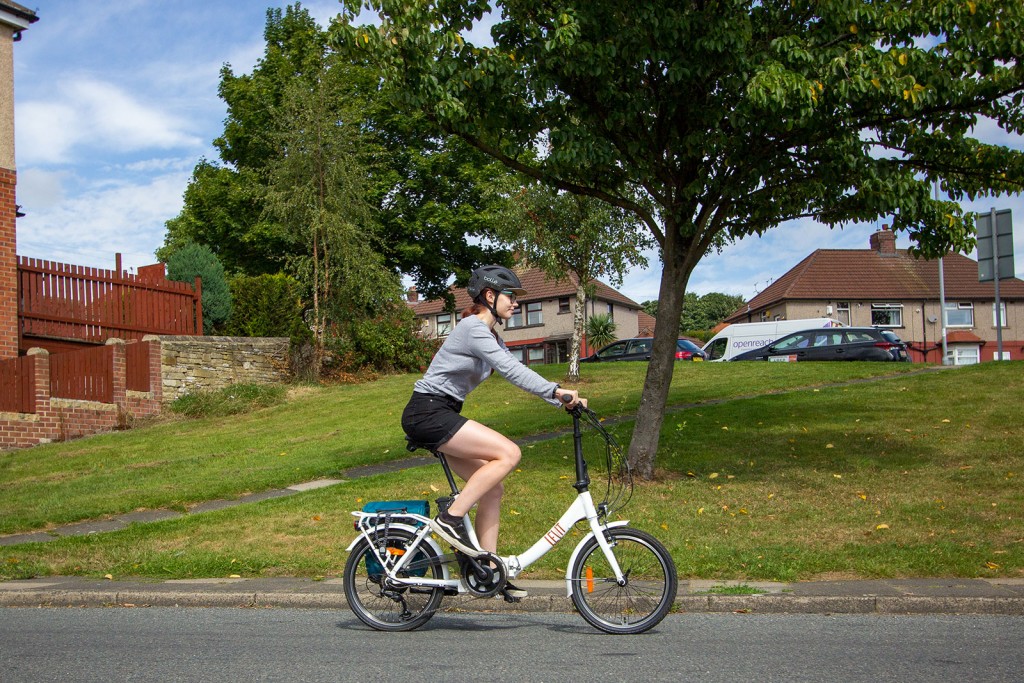