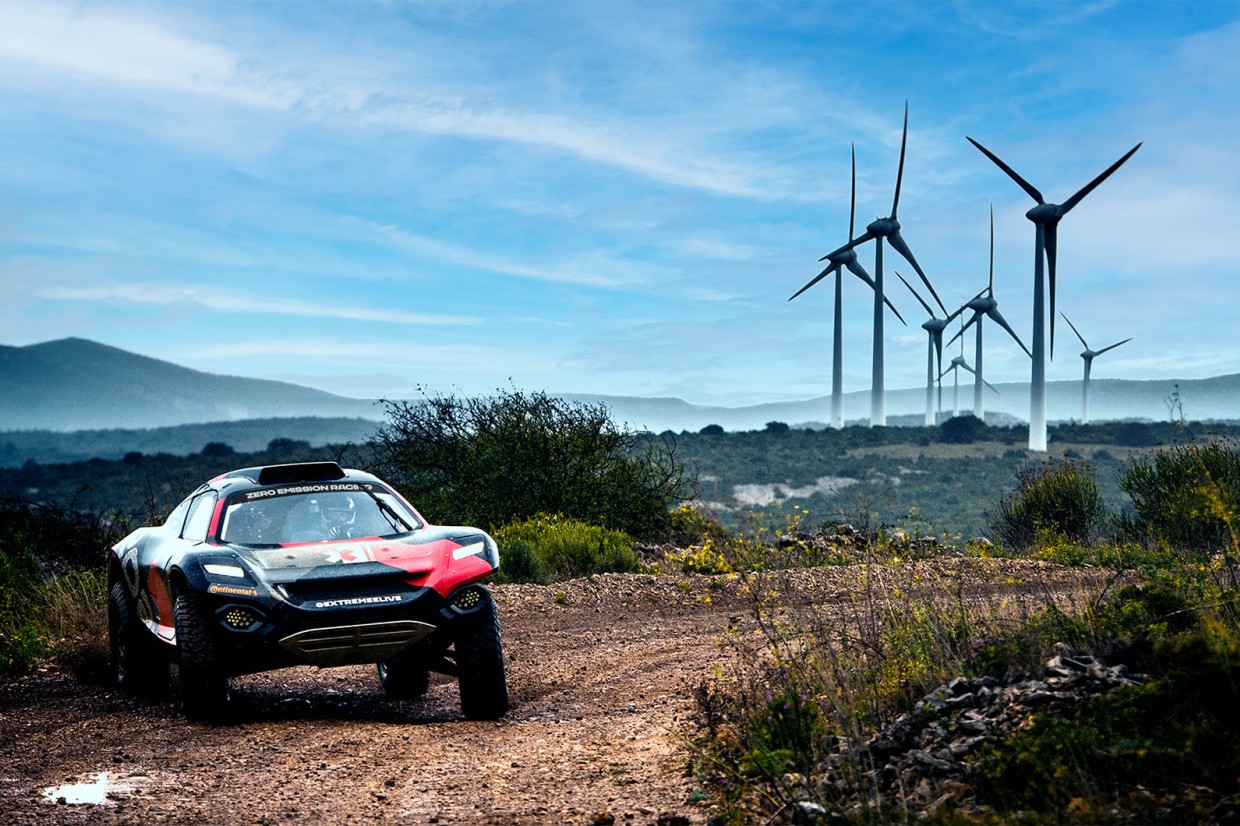 The series features identical 400kW (536bhp) Spark-Odyssey buggies racing in remote locations around the world impacted by climate change. The report, conducted by accountancy firm EY, shows that Extreme E was carbon net zero by the end of its first season last year, although that was partly due to carbon offsetting through investment in a wind farm in Patagonia, Argentina.

By far the biggest proportion of those emissions – 82% – were due to freight involved in transporting the infrastructure for the championship around the world. But series bosses say they have worked to mitigate that: Extreme E has its own cargo ship, a converted Royal Mail carrier called the St Helena. By running it on low sulphur diesel and plotting out the most efficient route between events, Extreme E claims it is the least harmful way to carry its freight – saving 5200 tCO2e compared with using air freight.

Staff travel accounts for 12% of Extreme E’s emissions, with its impact reduced by limiting teams to seven on-site personnel (two drivers, one engineer and four mechanics). Cars are responsible for around 4% of the championship’s emissions.

Extreme E also reduces its environmental impact through running non-spectator events, and has also run legacy programme sustainability initiatives at every event. Those include helping plant a million mangroves to combat sea level rise in Senegal and investing in an education program and solar panels in Greenland.

Extreme E boss Alejandro Agag said: “This is just the start of our journey and we are learning all the time, but this report details our journey to having the lowest carbon footprint in international motorsport.”