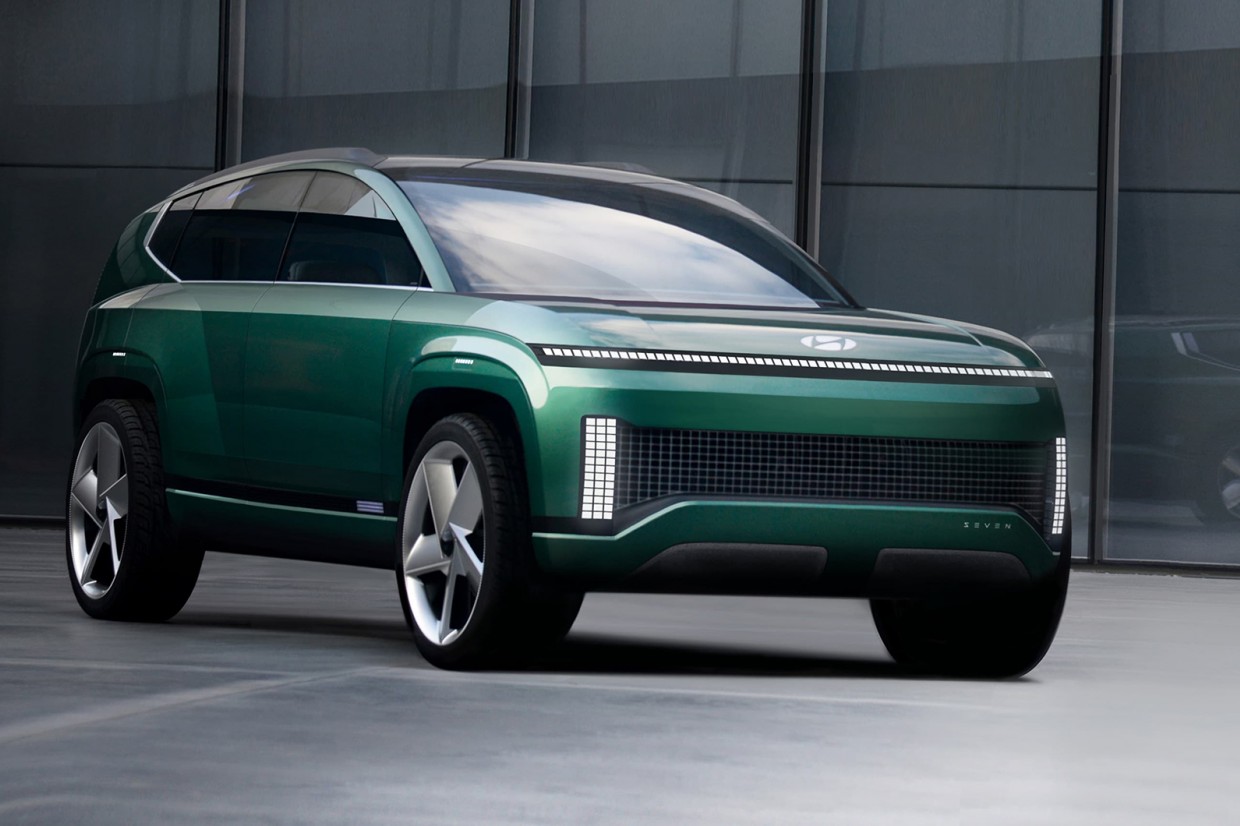 Hyundai has revealed big plans to dramatically scale up its electric vehicle line-up, with plans for 17 new models, an advanced new electric car platform and bold plans to claim a seven per cent share of the EV market by 2030.

The Korean firm is already at the forefront of the current generation of electric cars thanks to the likes of the Ioniq 5, which uses the firm’s advanced E-GMP platform. Hyundai will expand its line-up of bespoke electric Ioniq models in the coming years, starting with the Ioniq 6 saloon this year and the Ioniq 7 large SUV next year.

But that’s just the start. In a new roadmap outlined during a Hyundai investor day the firm committed to a huge expansion of its line-up. The new plan is for the Hyundai Motor Company, which includes Hyundai and its new Genesis premium spin-off brand, but not Kia (which is part of the wider Hyundai Motor Group).

By 2030, Hyundai Motor will launch 17 new electric models: 11 Hyundai machines and six Genesis models. The Hyundai models will include three saloons, six SUVs, one light commercial vehicle and one that is intriguingly described as a “new model type”.

Starting with the Electrified GV70 due this year, Genesis will launch two electric passenger cars and four SUVs. You can learn more about Genesis’s electric ambitions by reading our interview with Luc Donckerwolke here.

Hyundai’s plan is for global annual sales of its electric cars to reach the pleasingly specific 1.87 million units by 2030 – a massive increase on its current goal of 560,000 units annually by 2025. That, Hyundai reckons, would give the firm a seven per cent share of the global EV market.

Hyundai to upgrade tech for manufacturing and future EVs

The E-GMP platform developed by Hyundai is one of the most advanced currently on the market: it uses an 800V architecture, allowing for 350kW fast-charging, for example. But the firm isn’t resting on its laurels: it’s working on a new Integrated Modular Architecture (IMA) platform that will effectively succeed E-GMP.

It will be designed for use for both Hyundai passenger cars and the firm’s Purpose-Built Vehicle (PBV) line-up, which effectively includes autonomous shuttles and other commercial vehicles it is planning for the future.

The IMA will feature a standardised chassis, battery system and motor. While current models use different types of battery packs for each model, the ability to use standardised batteries should make IMA far more flexible, and allow Hyundai to achieve far greater economies of scale.

The firm will also develop five types of electric motor, which can be installed according to performance needs.

On top of that, Hyundai is also planning to offer over-the-air updates to all new models launched from this year onwards, and says it will start to offer models with ‘level three’ autonomous driving technology from later this year.

By standardising much of its EV technology, Hyundai will also be able to streamline its EV manufacturing processes. The firm will expand its BEV production facilities beyond its current plans in Korea and the Czech Republic, starting with a new plant in Indonesia.

Hyundai is also working to secure future battery supply, and claims it will secure 170GWh of annual battery production by 2030.