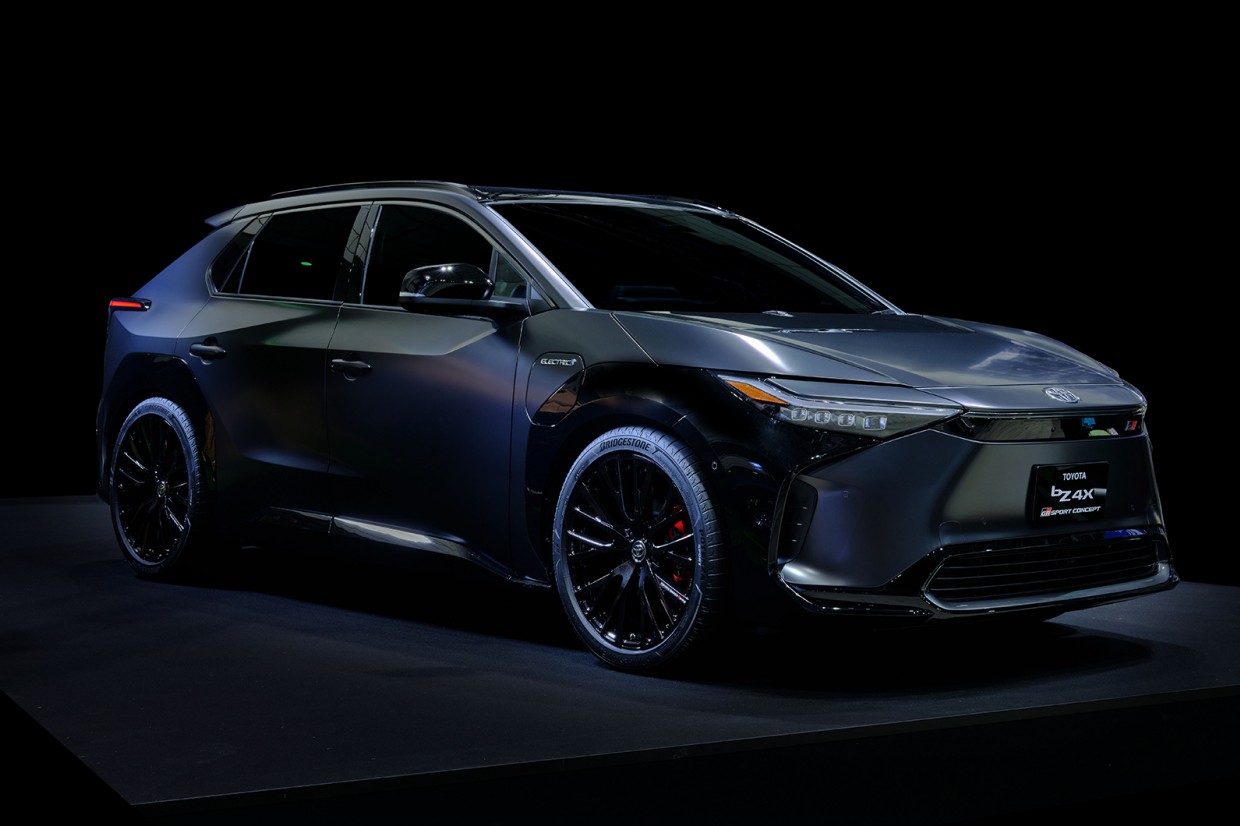 Toyota has pulled the covers of a new bZ4X GR Sport Concept at the Tokyo Auto Salon, which previews what a sporty version of its forthcoming first electric car could look like.

The bZ4X is due to go on sale in the UK in the coming months, and is a family SUV similar in size to the combustion-engined Toyota RAV4. The new concept features a number of styling tweaks, and Toyota claims it is intended to deliver “an elevated level of environmental performance and driving pleasure.”

Toyota hasn’t given any performance or technical details of the concept, or said if it previews a future road-going version. The current top-spec bZ4X model features two electric motors driving all four wheels, and produces 159kW (214 bhp) and 248lb ft of torque. It has a 0-62mph time of 7.7secs, and an official range of more than 280 miles from a 71.4kWh battery.

The machine was revealed in Japan at the same time as Subaru revealed a new Solterra STI concept version of its forthcoming new electric SUV. The bZ4X and Solterra were developed alongside each other as part of a partnership between the two firms, and feature identical specifications. 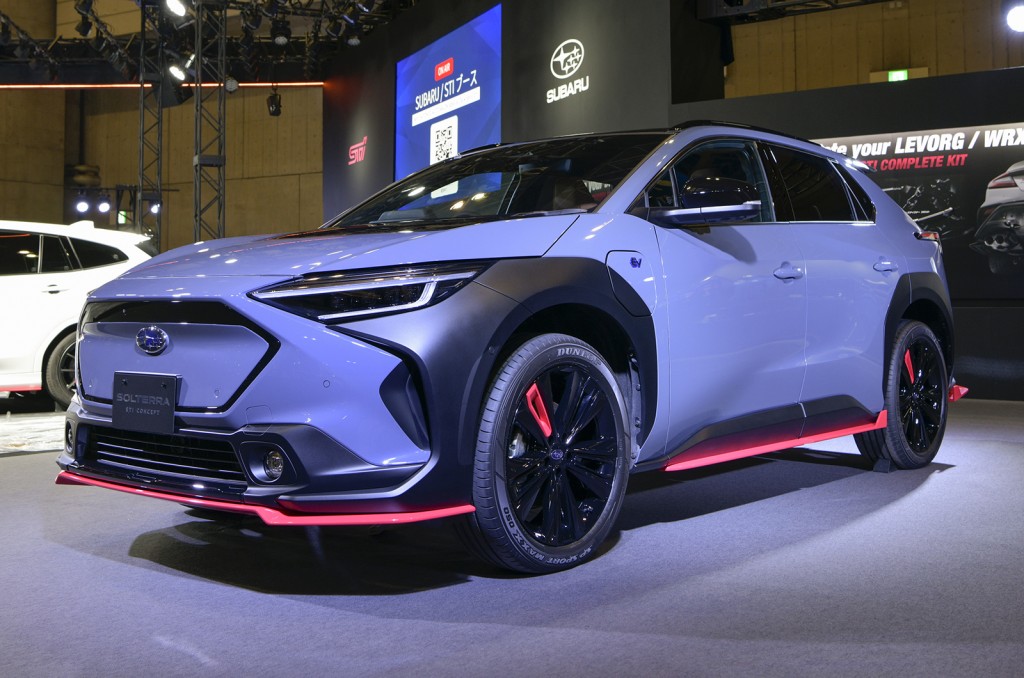 Subaru, which also unveiled a wild STI E-RA motorsport concept, has also given no further information on the Solterra STI concept. That machine features a large roof spoiler and ‘under spoilers’ painted cherry red alongside a number of other exterior styling additions.

STI is Subaru’s performance arm, and has a particular focus on the firm’s heritage with all-wheel-drive machines including its succession of Imprezas that competed in the World Rally Championship. 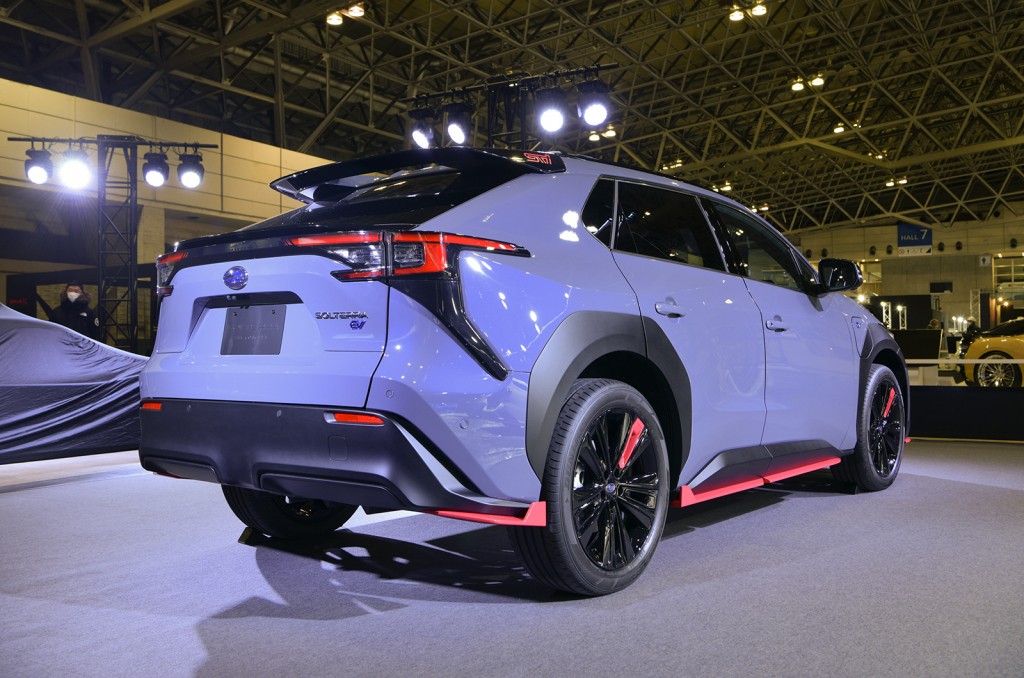