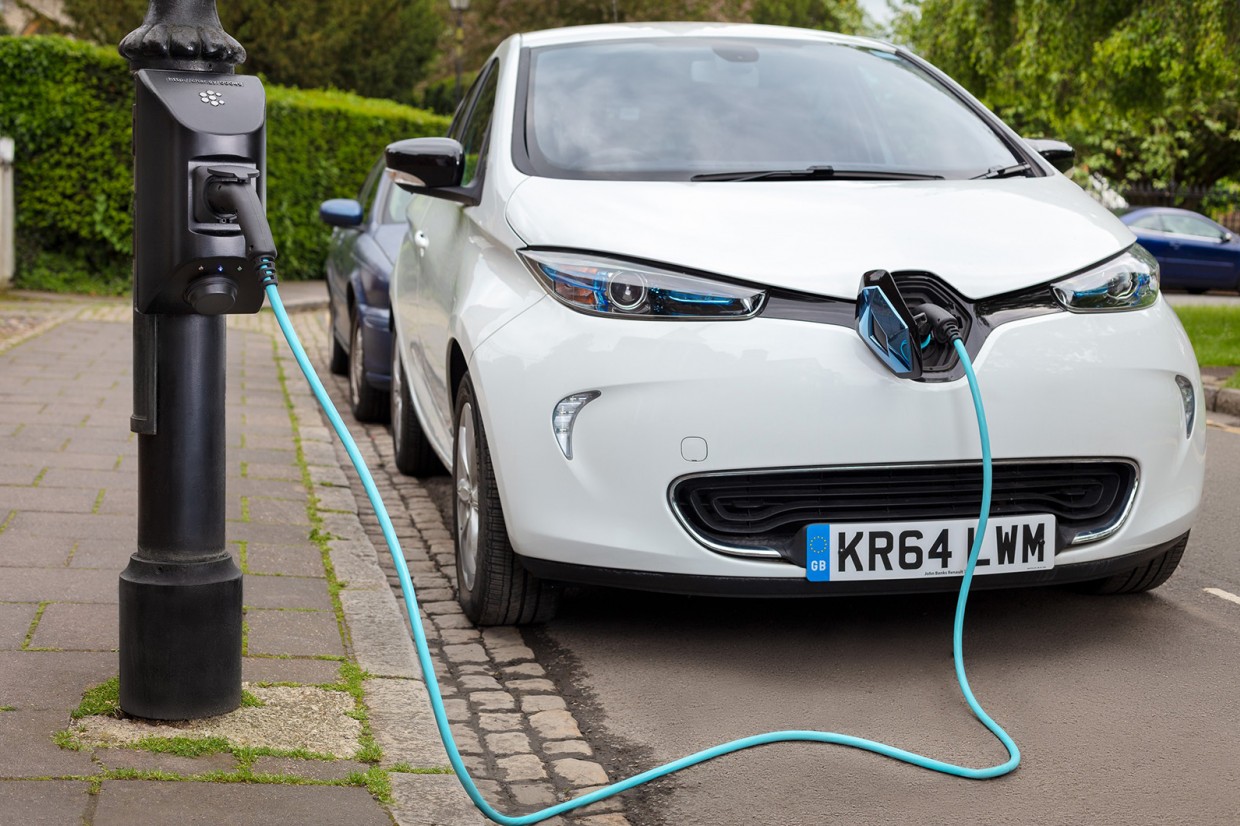 The rapidly rising cost of energy has rarely been out of the news recently, with the recent change in the UK’s energy price cap causing many household bills to jump dramatically.

Rising energy costs are also impacting the cost of charging an electric car away from home. Most charging firms buy their energy at a set price in advance, but as those deals end and they're negotiating new agreements they’re having to increase their pricing.

Char.gy, one of the UK’s leading providers of on-street lamppost and bollard chargers, is the latest firm to do so. The price rises – from 33p/kWh to 42p/kWh for its basic pay-as-you-go service – are the first Char.gy has made since its first charge point opened in 2018.

That firm offers two subscription packages, and is adamant that EV energy costs are still around 33% cheaper than for a comparable petrol car. Char.gy also believes that increased use of renewable energy – which it claims is easier to achieve with slower-speed overnight chargers on its lamppost service than rapid chargers – is key to protecting EV drivers from further market fluctuations driven by the rising cost of gas. 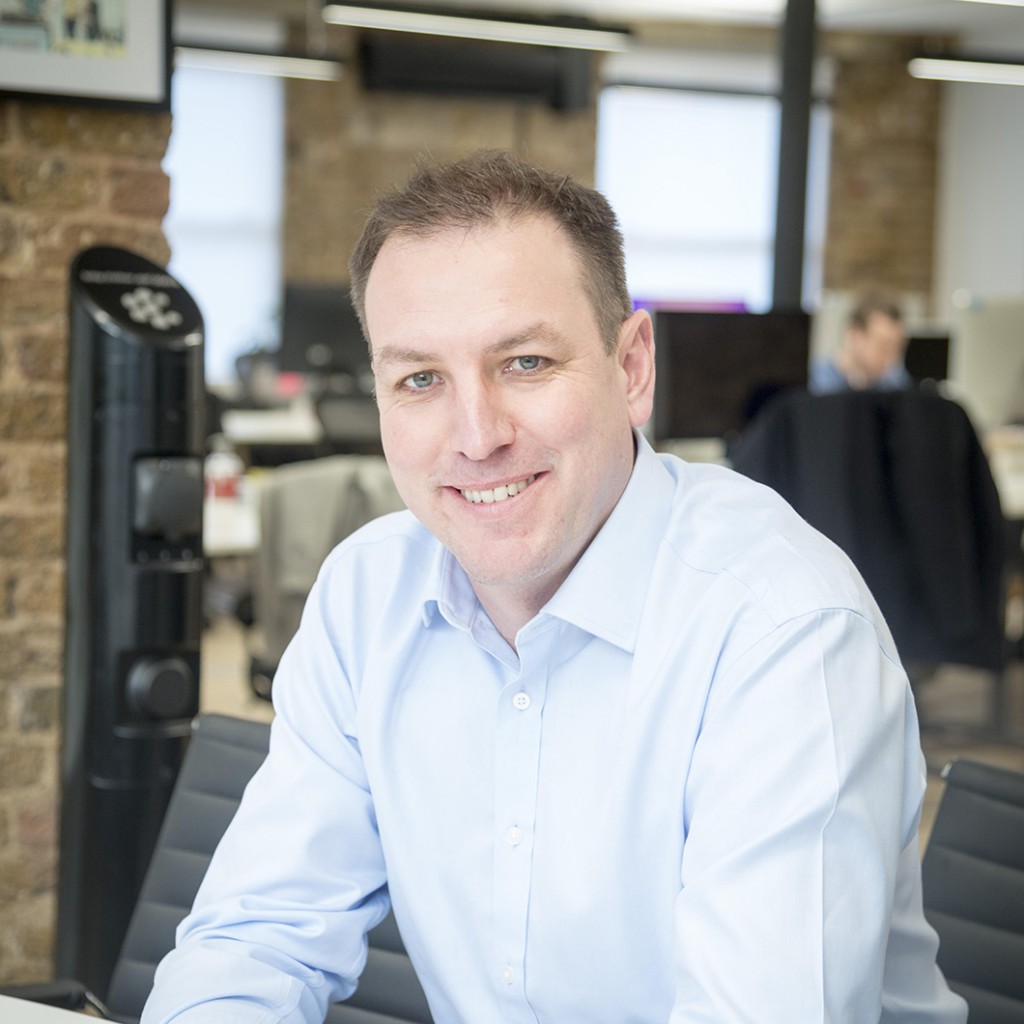 Why are you putting your prices up?

“It’s unfortunate, but it reflects the underlying cost of electricity – which for a company selling electric vehicle charging is really our key cost of sale. Over the last 12 months, the cost of electricity has risen fourfold, and that’s the key factor we’re having to announce for in our new rates

“We have a headline pay-as-you-go rate, which is very simple and just like buying petrol fuel for your car: it's pence per kilowatt hours, with no other associated costs, like connection fees or overstay penalties. We also offer subscription tariffs targeted at different types of drivers, effectively a loyalty discount for taking a minimum number of kilowatt hours per month. Those can lower the cost by around 6p/kWh, which if you put in the context of petrol is still a significant discount to what you pay at the pump.”

How long will these new prices be in place?

“At least the next six months. Exactly where they go to from from there really depends on where energy prices go – and it doesn't look like they're going to fall anytime soon. The factors that have pushed up prices aren't short-term effects. For the next year or two at least, we'll be seeing energy prices at a far higher level than we've been used to over the last few decades.” 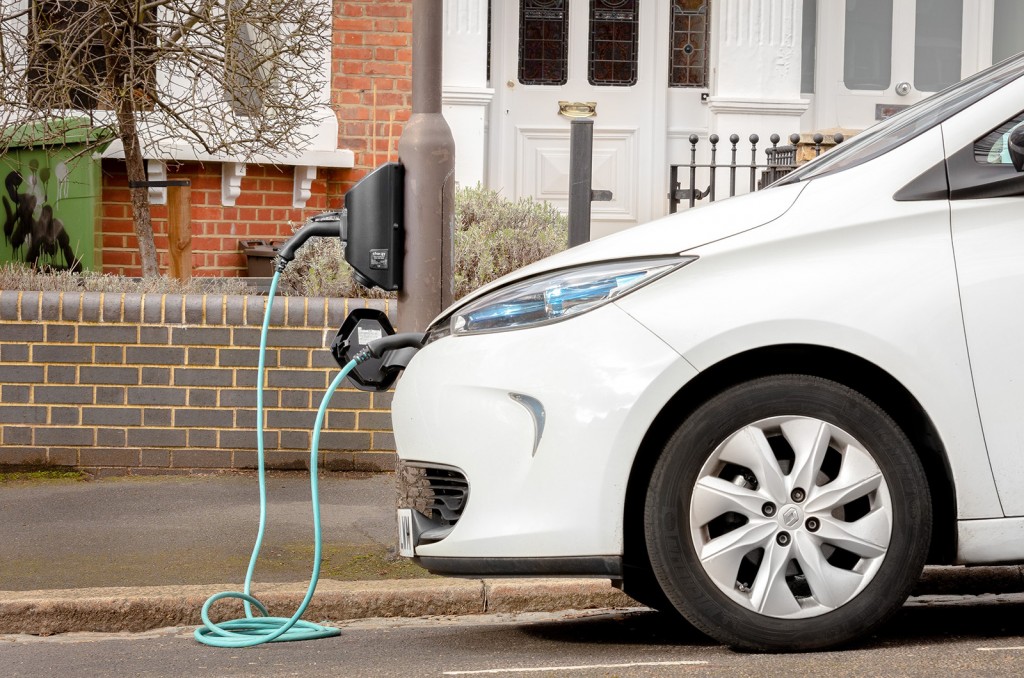 Why isn’t every charging firm changing prices at the same time, like home energy firms do?

“Because everyone changes prices depending on their electricity hedging strategy, it's harder to compare like for like at any point in time like you can with a petrol station. Those stations get filled up every week, so that's kind of the frequency that you see sort of price changes at the forecourt.

“We’ve seen a lot of charge point operators change their prices recently, including several of our main rivals. And some companies have different ways of charging drivers: one of our rivals has a connection charge and a single flat rate, while we have no connection charge and both pay-as-you-go and subscription tariffs.”

“If you're thinking hyperlocal it’s like having a Tesco Local at the end of your road or a private convenience store or a Little Waitrose, and the prices between those different brands will be will be different. It highlights an important point about local monopolies. That was something that came out in the Competition and Markets Authority (CMA) report [into the UK’s EV charging network] last year: councils shouldn't necessarily put all their eggs in one basket with one operator. We're quite supportive of that idea, actually.

“It would encourage competition and keeps prices in check, and highlight other factors, such as service. We see reliability of charge points being a major issue, as well as the driver experience. From our understanding of how people use on street chargers, the more local they are, the easier it is. But then you might have preferences for using the charger that's easiest to use. I think we've got an awesome driver experience for starting a charge."

Many home energy providers offer variable rate tariffs. Is that something you could adopt?

“Unlike petrol, where there's a fixed price per per litre, the cost of electricity through the day changes changes quite significantly. The more we can encourage drivers to do most of their charging at cheaper times, the more we'll be able to pass on those benefits to drivers. There are some sort of innovation projects going on around the country looking at how that we explore that, and I think it’s going to be be a big shift in terms of people's expectations for the cost of driving their car.

“I think we'll get to a point where we could have a tariff of an average price that you pay to charge at any point of the day, or a tariff where you're rewarded for charging at cheaper times. We see that in the home market already, and we could get to that in this part of the market as well.” 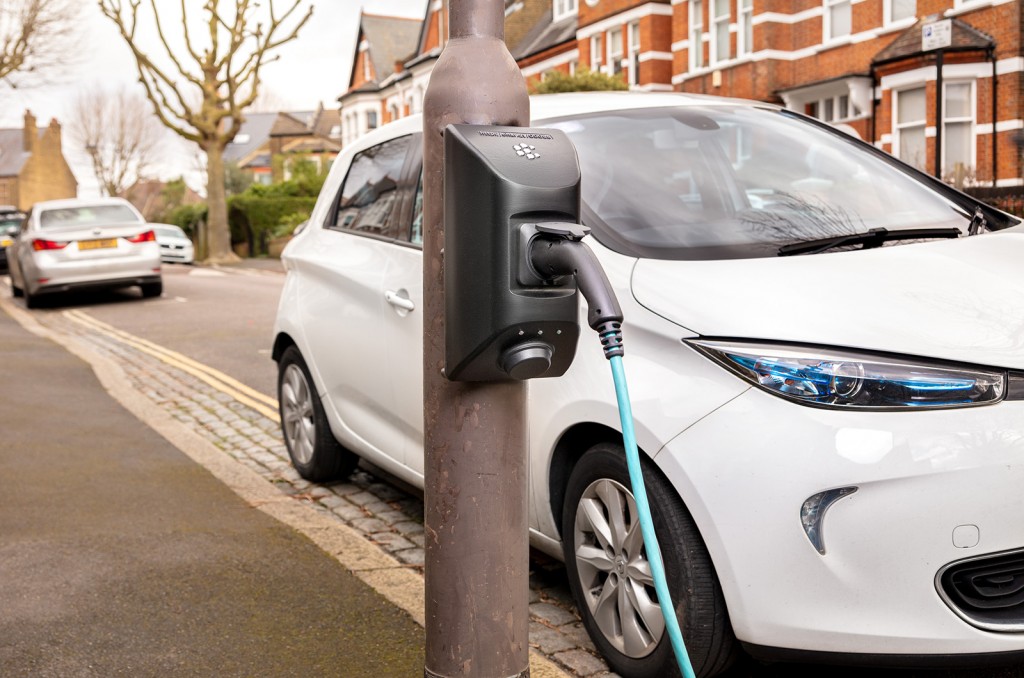 What other benefits do you see from overnight charging?

“It helps lower the carbon intensity of the grid, so it helps to use electric vehicles in a complementary fashion to renewable energy, and that makes us less dependent on the rising cost of gas. The prediction is that energy to recharge all our cars will account for somewhere between 10 and 20% of national demand in the future.

"If that follows traditional refuelling patterns, and we all fill up our cars on the way to or from work that’s going to exacerbate some of the current energy market issues that come from having to rely on gas plants to meet that demand. The most we can shift that into the small hours of the morning, the more we can make EV charging complementary to renewables and decouple our demand on gas.”

What have you learned about customer habits so far?

“The vast majority of our customers use them as use them as a proxy for a home charger. So it's the closest one to their to their home. And as we deploy charge points in greater density, they'll kind of learn where where the nearest two or three are.

“When you're an EV driver, your refuelling habits are very different to to how you drive a petrol or refuel a petrol car. So I used to sort of run our petrol car down to reserve and then go and fill up. With my EV now I tend to get down to about 20-30%, and and then look to top up. I don't have a drive, so I’m entirely reliant on public charging and I live in a bit of a public charging desert.

“Our customer behaviour research shows they'll know their favourite chargers and and stick to those. So if they’re driving home and there’s a sport next to a charger they’ll plug in and top up. Because it takes 30 seconds to plug in they’ll do that, go inside and get on with life. It’s hyperlocal. Street charging isn't something that you going to drive several streets away for if you can help it and there's one if there's one on your doorstep.”

Is that influencing how you’re planning to expand your network in the future? Is it about adding more density in specific areas, or spreading as wide as possible?

“Across our network we have quite dense deployments in Coventry and Southwark, and growing ones in Croydon, Redbridge Harringay and Merton, and we’re looking to expand across London and into other towns and cities. We have to win the trust of councils to become one of their providers.

“We have also have a new model for how we work with councils: we’re trying to move away from a public procurement approach, where they say ‘we want 100 charge points at these locations because we’ve had requests from residents’, and by the time you’ve done the contract and installed the chargepoints it’s a year since a resident requested one. We’re trying to move to a model where we’re much closer to act to a more rapid, hand-in-glove relationship with the council to provide better services and react faster to residents’ requests.” 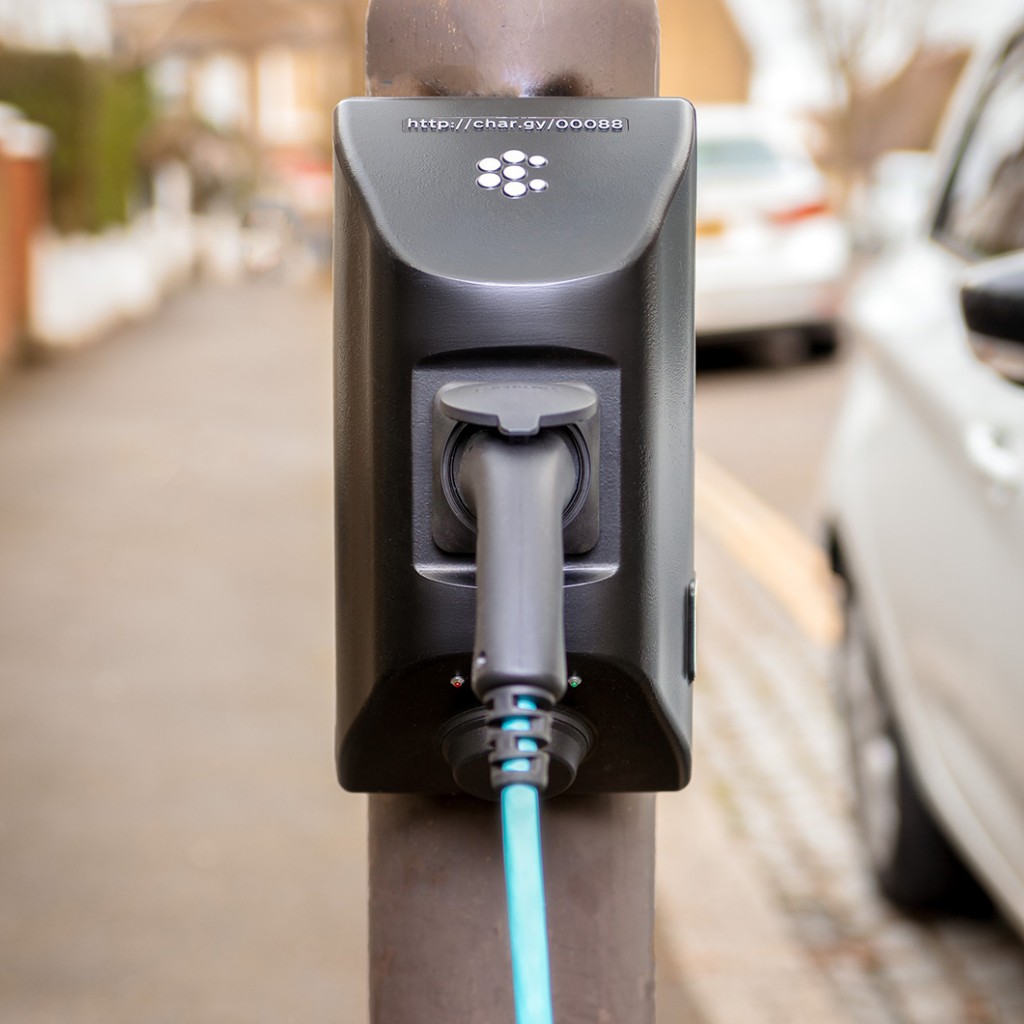