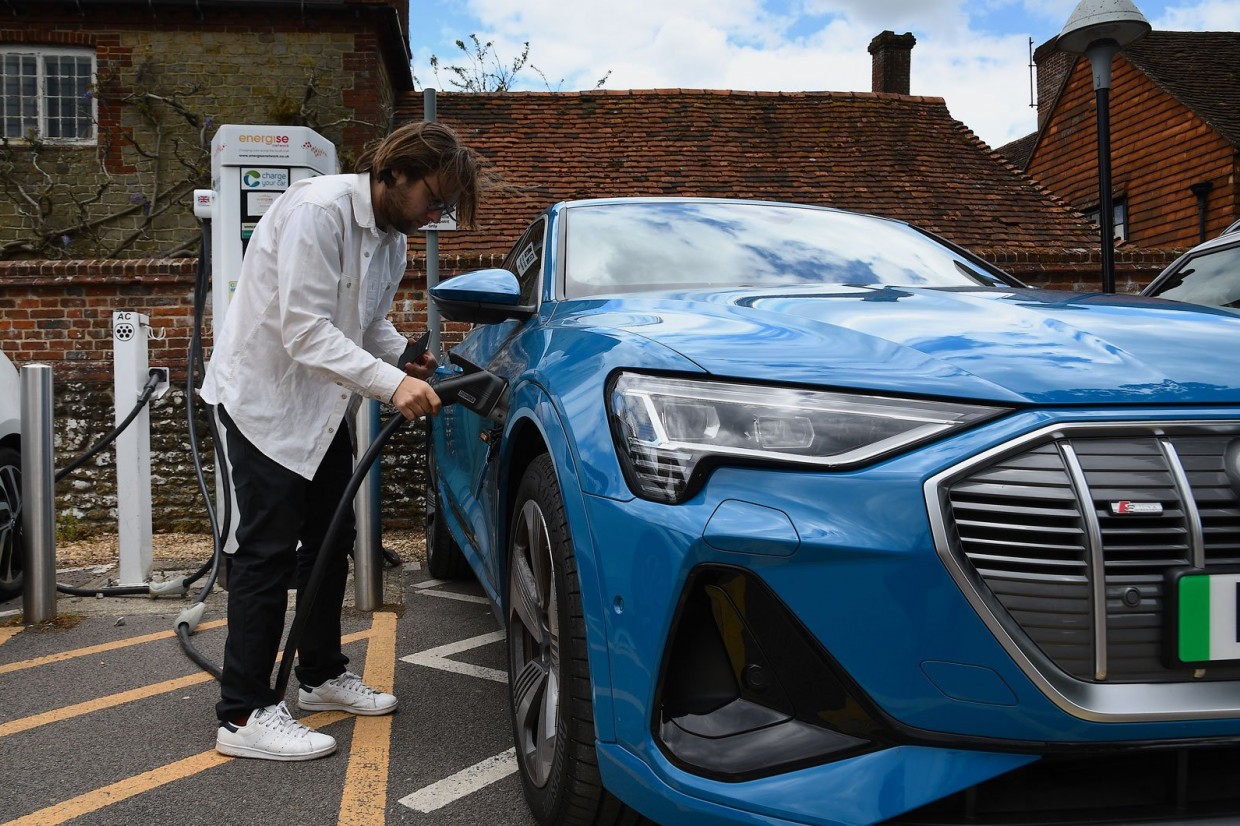 The number of public electric charging points has increased by more than a third in the last year, new Government data shows – but there are huge regional disparities in the United Kingdom’s charging network.

Using data from charging point mapping service Zap-Map, the Department for Transport (DfT) says that there were 28,375 public EV charging points available in the UK as of 1 January 2022, which is 7600 more devices than on 1 January 2021. That represents a 37 per cent year-on-year increase, and is also a rise of 9% from the number of charges available from the last time the DfT released data on 1 October 2021.

Of those 27,375 public EV chargers, 5156 were classed as rapid chargers capable of charging at 25kW or above, which represents a 33% increase in the last year.

The Zap-Map data the DfT has relied on counts the number of devices, so that total does not reflect the fact some units can charge multiple cars simultaneously.

At the start of this year, there were 42 charging points and 7.7 rapid charging points for every 100,000 people in the UK. But the data does highlight that the geographical distribution of those numbers is hugely uneven. 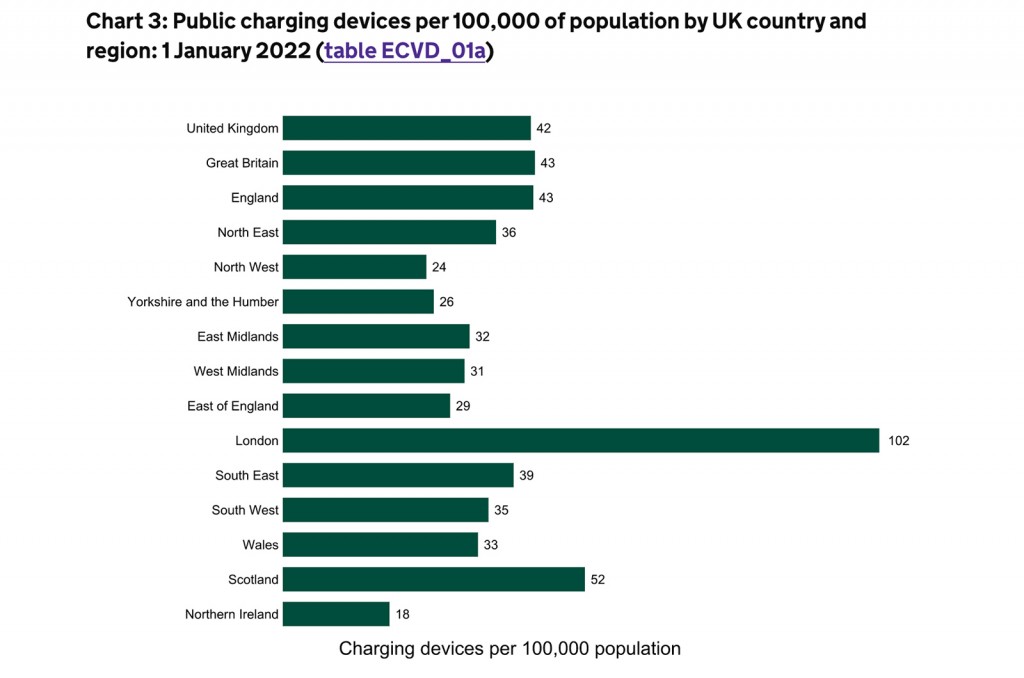 At the other end of the scale, Northern Ireland has the lowest level of EV chargers in the UK, with just 18 chargers per 100,000 people. The lowest areas in England are the North West (24) and the Yorkshire and Humber region (26). 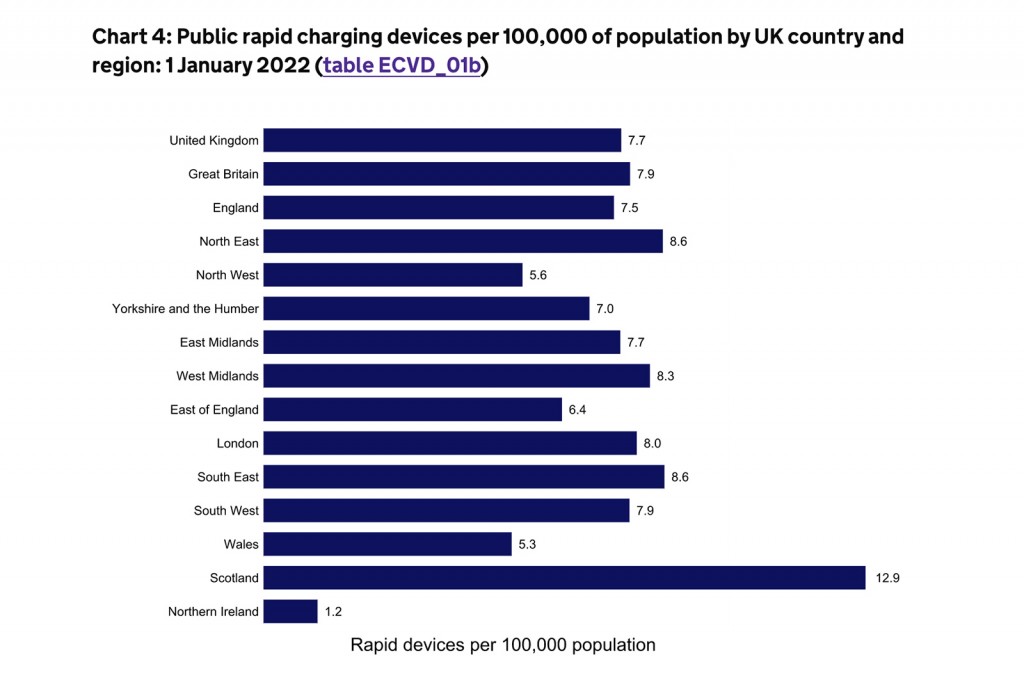 By contrast, Northern Ireland has just 1.2 rapid chargers for every 100,000 people. That is significantly behind than the next lowest region, Wales, which has 5.6.

The Government says that this disparity is likely because the provision of public charging infrastructure has been market-led, which individual charging networks and businesses choosing where to place devices.

When it comes to growth, the number of charging points in London rose a UK-best 16.4% over the last 12 months. In absolute numbers, the 1292 new public charging devices installed in London last year represented more than half of the increase of devices in the UK. Northern Ireland and the North West had the smallest increase, with just a 3.9% rise in the last year.

The future of electric car charging - without using public chargers

The DfT highlights that Zap-Map’s data covers around 95% of public charging devices, which means that the true count if likely to be higher. However, it says there is currently no more accurate way of charting public charging points.