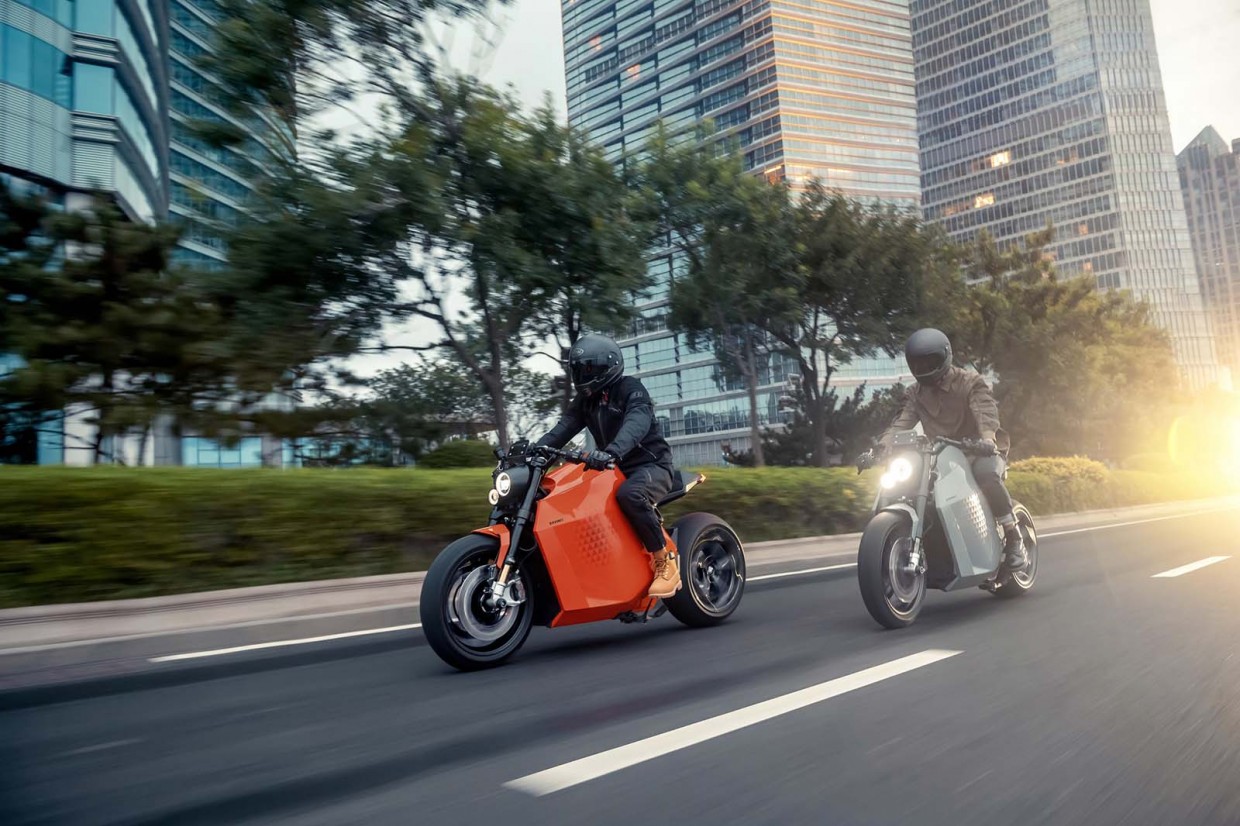 The Davinci DC100 high performance electric motorbike from Chinese outfit Davinci Motor has made its European debut, with the firm now offering its striking new machine in Europe.

Davinci Motor announced its expansion at this year’s EICMA motorcycle show in Italy, debuting the DC100 e-motorbike in Europe for the first time.

"We are extremely excited to be officially launching in the EU market, which is strategically important for Davinci," said Rosanna Libia, Davinci Motor international business manager.

"We are proud to introduce the brand and the DC100, the symbol of our craftmanship and innovation in R&D."

Chinese start-up Davinci offers a small number of electric motorbikes, with the DC100 being the first model that the firm has put through its production line in Zibo, China.

The striking performance orientated bike has a peak power output 100kW and a top speed of 200kmph (124mph). Impressively, the DC100 has a claimed WLTP range of 222 miles.

Davinci Motor has also equipped the e-motorbike with level three fast charging meaning the DC100 can be charged in around 30 minutes.

Packed full of technology, the DC100 was designed as a “robotic concept” and is able to track accurate information such as ambient temperature, battery and motor temperature, lean angle and road conditions.

Alongside its sensing capabilities, Davinci Motor has added a number of assist features to “address the difficulty of riding a heavy-duty motorcycle”.

The DC100 has a number of ride-assist features including hill start assist control, hill descent control and reverse assist. It also has a traction control system.

The firm has also promised more features that will come at a later date, including a self-levelling system.

All motorcycles will be built at Davinci Motor's factory in China. Prospective buyers can now pre-order the DC100, with prices starting from €26,000 (£22,800). Deliveries are expected between the second and third quarter of 2023, with Davinci aiming to build its first showroom in central Europe.

Although not confirmed by Davinci, the firm’s website does allow customers from the UK to reserve a DC100, so we could see them on British roads in the future.