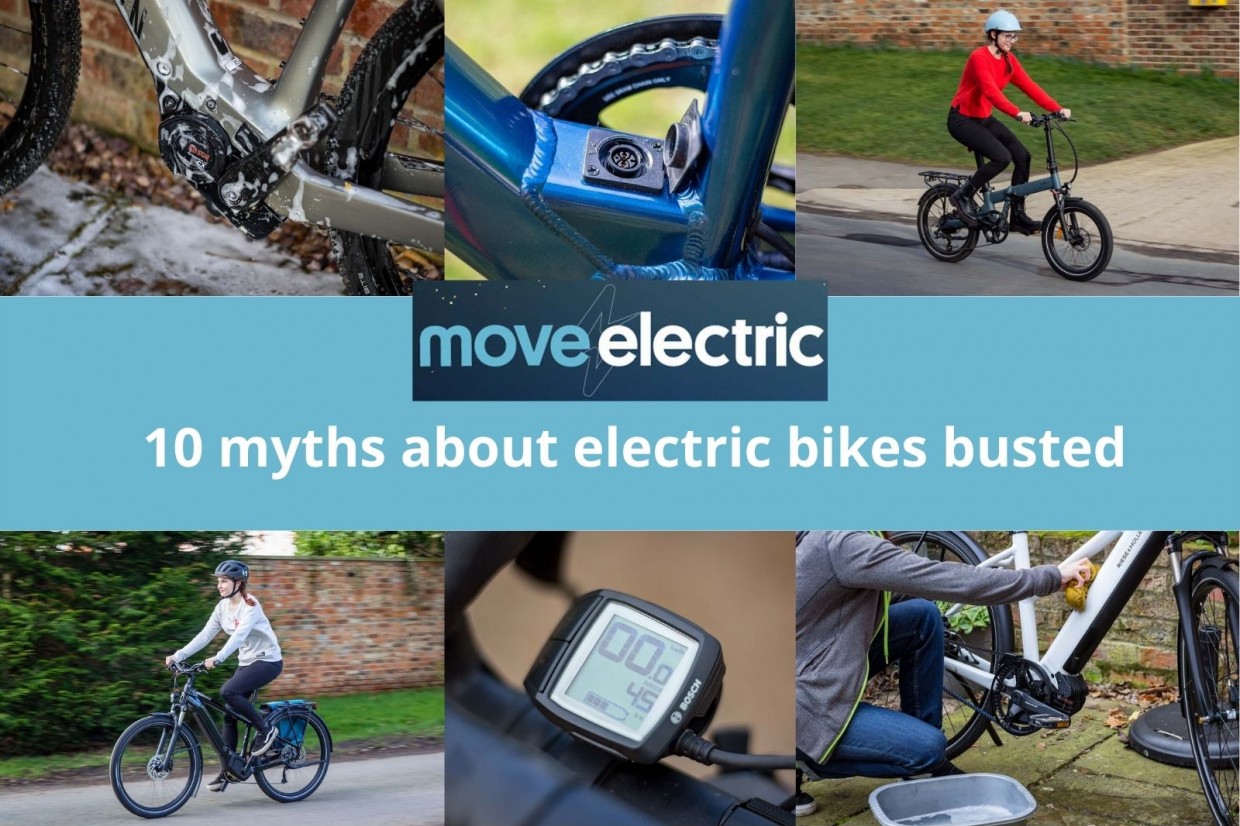 Even as the electric boom continues, be it car, bicycle or scooter, there are still plenty of misconceptions floating around about this type of mobility. From battery safety to the eternal ‘but it’s cheating’, we thought we’d put some of the most common myths about electric bicycles to rest.

They’re only for the older generation

Admittedly, you are statistically more likely to see someone middle-aged on an e-bike, (the average age of an e-bike rider in Europe is 48), but that doesn't mean they're exclusively for older riders. Electric bikes can provide lifelines to those physically unable to ride unassisted bikes and provide freedoms that even a non-electric bike can.

Want to buy an e-bike? Check out our top tips

Plus, they're also fun, really easy to use and ideal for people who want to go cycling without sweating. From professional athletes using them for active recovery, to your teenagers using them to ride to their friends' houses, there are plenty of uses for an electric bike in every age group. 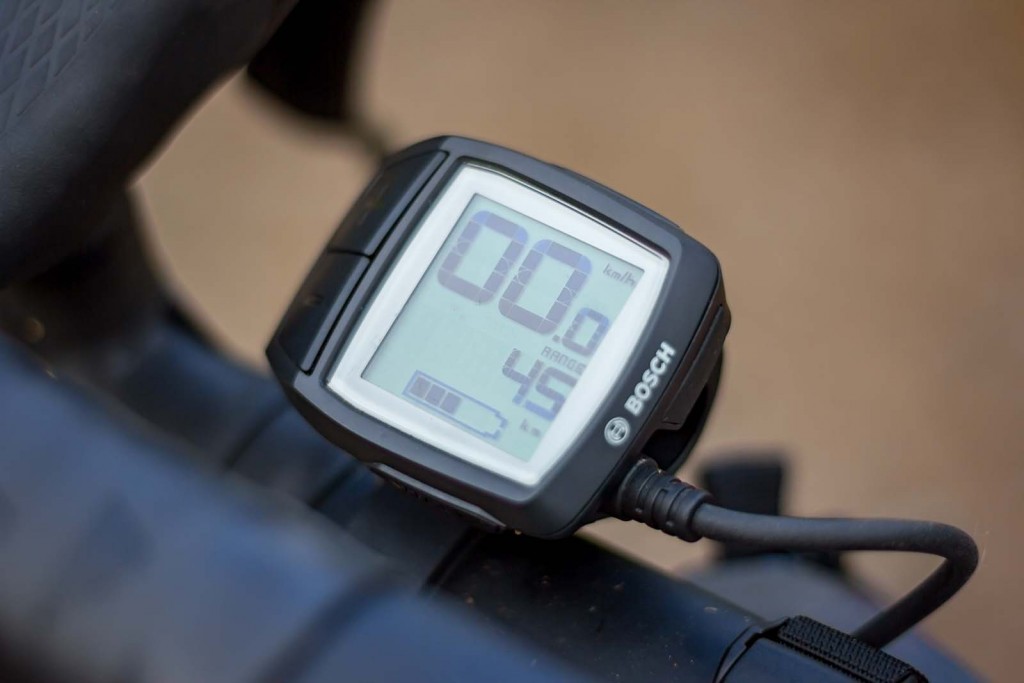 Using an e-bike is cheating

Perhaps the most prevalent myth is that using an electric bicycle is cheating. Cheating people out of Strava QOM/KOMs? There is an option to tell the app it was an 'e-bike ride' if you're that bothered. But perhaps, instead of 'cheating', we should be thinking of this motorised assist as 'enabling'.

Enabling people who might not usually ride a bike to get out on two wheels, thus freeing up space on our overcrowded roads. The fact is that electric bikes enable freedom, they can help people to socialise, and conquer roads or trails that they might otherwise have avoided. Instead of telling people that they're cheating, we should be encouraging them. 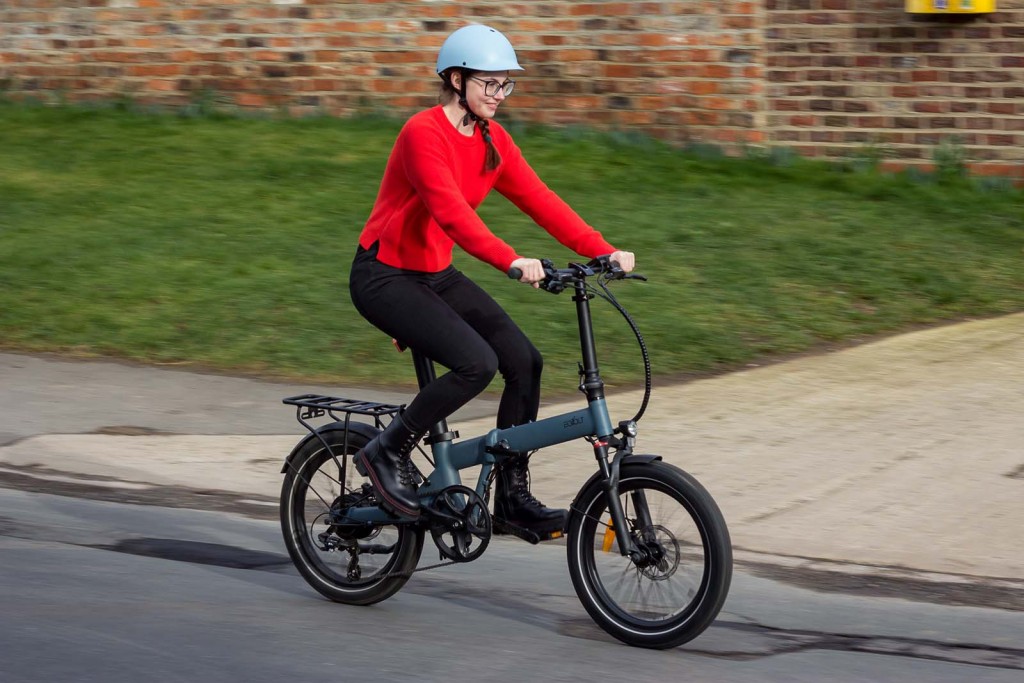 The batteries will explode or catch fire

Although you may have heard stories in the news, e-bike battery fires are rare, especially when they are stored properly and used appropriately. That being said, lithium-ion batteries are no joke. Proper usage and protection from damage are key to maintaining battery health. If you use the correct charger, paired with the manufacturer's specified battery in the correct way, then you are unlikely to have any issues.

You need insurance/tax to ride them

The vast majority of e-bikes sold in the UK are those limited to 15.5mph and require pedalling for the motor's assist to work. These are called 'electrically assisted pedal cycles', or EAPCs, and do not require taxing, insurance or a licence for you to ride them. They are in the eyes of the law, a bicycle, which means you can ride them everywhere an unassisted cycle can ride. 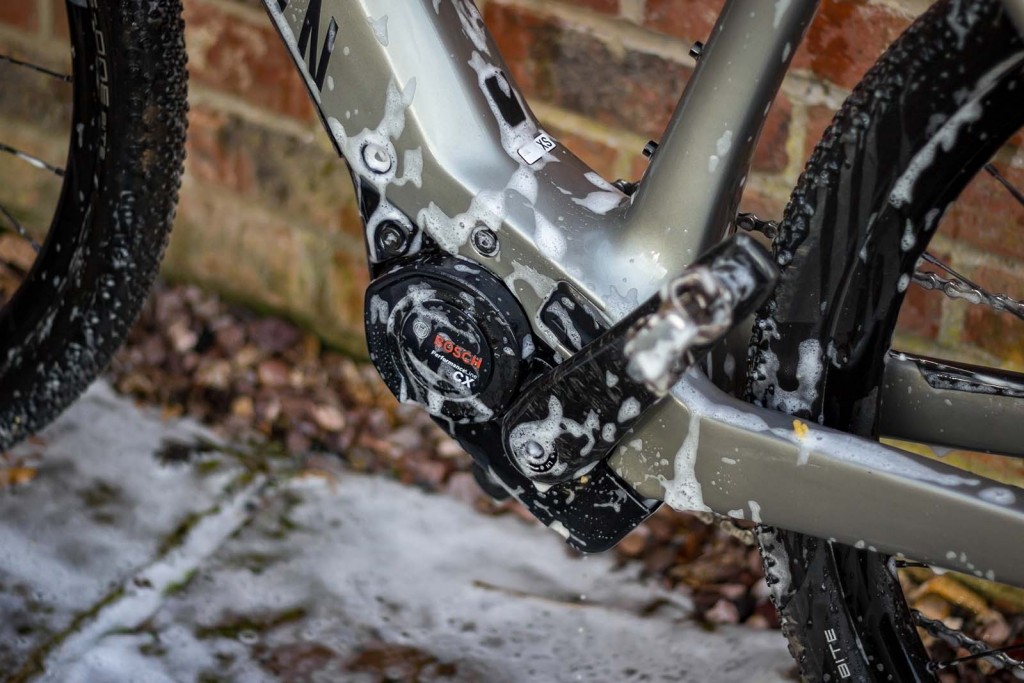 You won’t get fit using one

Although it's easy to believe the person gliding past you on the 25% incline isn't putting any effort in, it's quite the contrary. E-bikes are limited to assisting to 15.5mph or 250W worth of power, but that doesn't mean you can't go faster or ride harder. You can still ride as hard as you want on an electric bike, you will just be able to travel further with less effort. Besides, anyone who says this hasn't had to drag home a 25kg bike after the battery has run out!

The battery range is poor

The number of miles you get out of a single battery charge can vary significantly from bike to bike, and from rider to rider. Typically, you'll find advertised mileage ranges between 20-70 miles, with the larger capacity batteries offering the most. While it's not as much as an electric car, for most people a single charge can last at least a couple of rides. However, if you do find your e-bike range is lacking, then consider doubling up with batteries, or packing a spare for longer journeys. 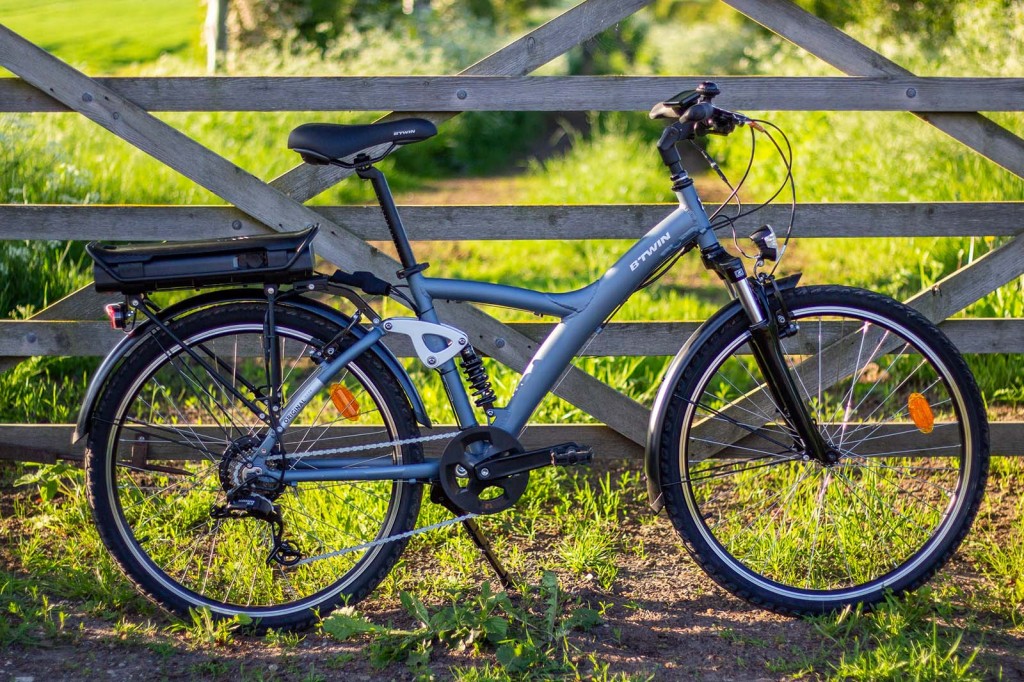 They require a lot more maintenance than an unassisted bike

Besides the obvious addition of the motor and battery systems, there’s not a lot of mechanical difference between an unassisted and an electric bicycle. Of course, if you ride your e-bike far more than you would an unassisted bike then the maintenance requirements will increase, but for the vast majority of riders, keeping on top of your bike’s mechanical health won’t require much more effort.

Motor and battery systems are best checked out by the manufacturer or trained bike shops, but each system will come with its own service interval recommendations.

You can’t use them in the rain

While this differs between manufacturers and models, the vast majority of e-bikes are absolutely fine to be ridden in the rain. The difficulty comes with how much rain. Each bike will come with an ingress protection (IP) rating which can help you to determine whether or not you should be avoiding downpours and puddles (as well as whether it's dust resistant or not).

Most e-bikes are water-resistant, not waterproof, which means you can ride in the rain but probably shouldn't ride through any fords or puddles the height of your bike's battery. 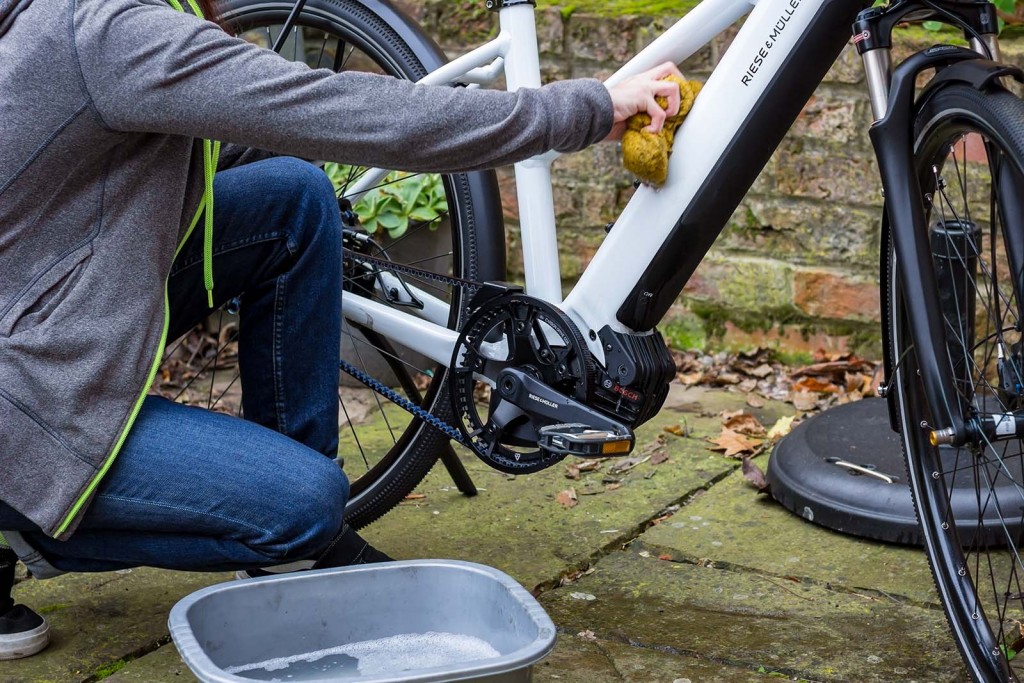 E-bikes are heavy and difficult to ride

The beauty of adding a motor to a bike is that this takes away most of the difficulty you might have riding a heavy bike. Take electric cargo bikes, for example. They often have long wheelbases and are quite heavy, which makes for an awkward combination when you’re trying to set off from a junction.

Add in a motor, and suddenly all that extra effort required on a non-assisted bike is removed, and you can have a much more enjoyable time on the bike. While yes, e-bikes are inherently heavier than non-assisted bikes thanks to their added components, they don’t ride like they have extra weight.

Like with most things in life, you can spend an inordinate amount on an e-bike if you want to. Or, you can spend relatively little compared to what they used to cost. As the technology has improved and more people have adopted it, the prices of e-bikes have come down, and you can now buy them for under £1,000. Yes, that is still a lot of money, but the bridge between the cost of an unassisted bike and an e-bike has slowly shrunk, making them a more palatable price than ever before. 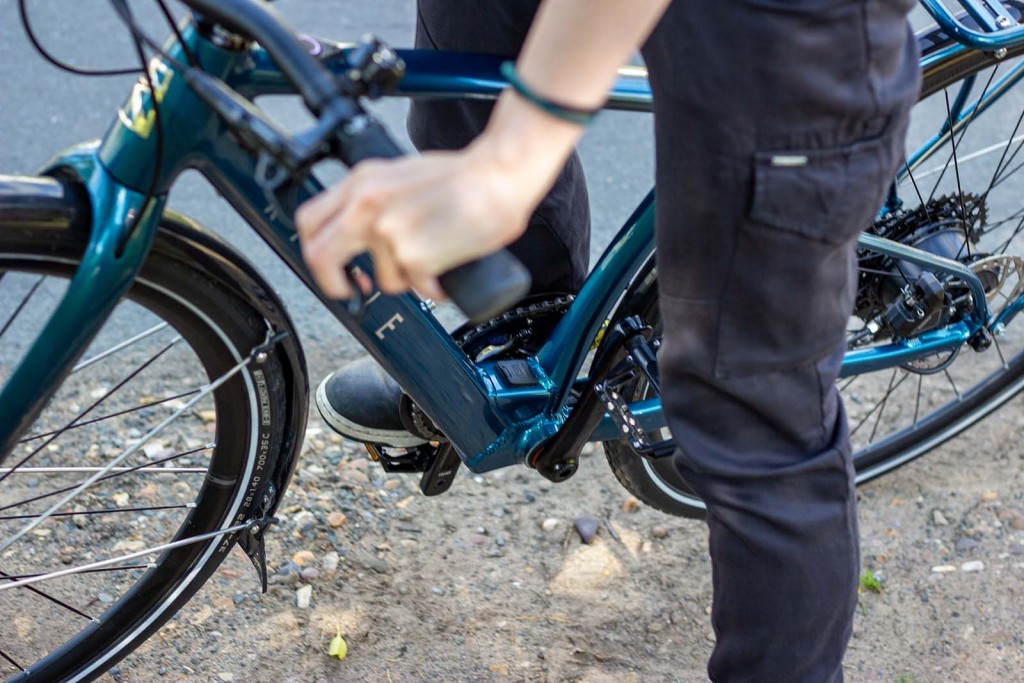