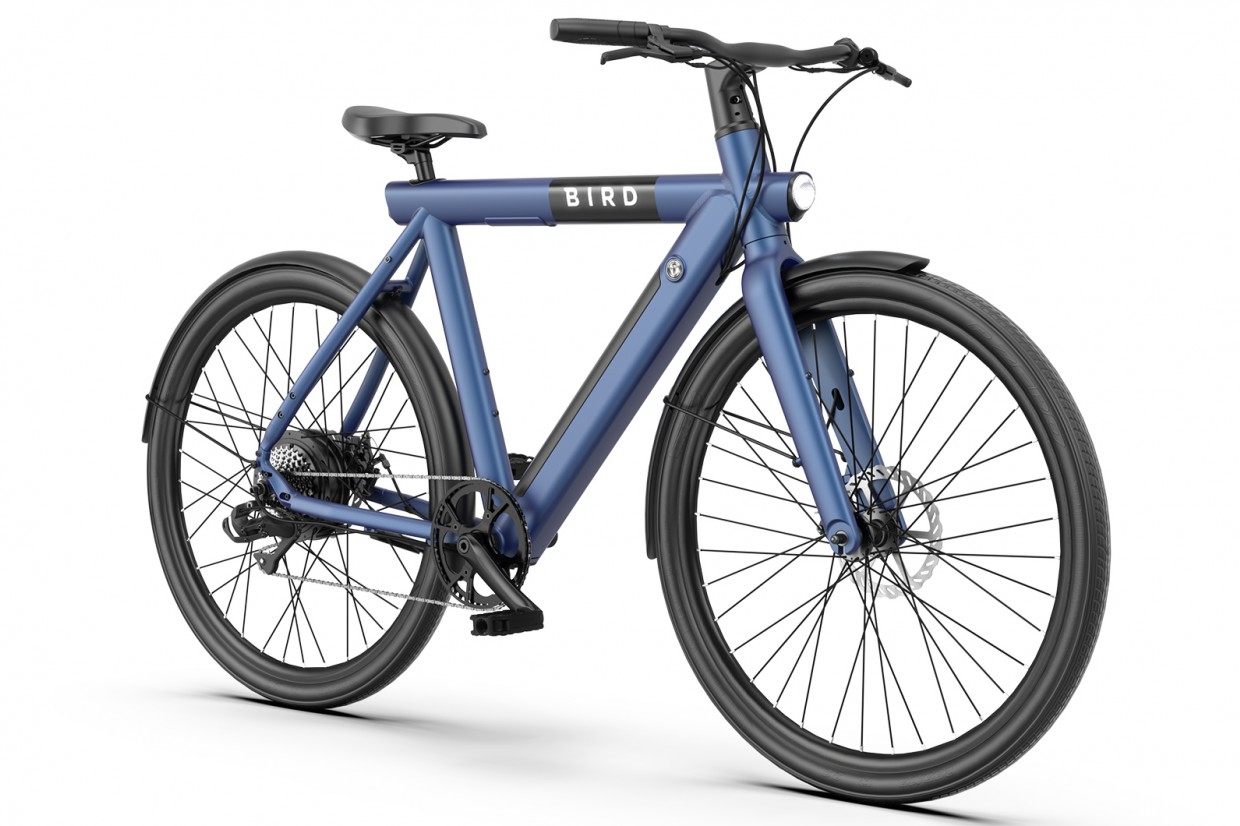 What is it?
Micromobility firm Bird, best known for its e-bike and e-scooter rental fleets, enters the retail cycle market with two models. This ‘A-Frame’ bike is reminiscent of gentleman’s roadsters from the golden age of cycle manufacturing. 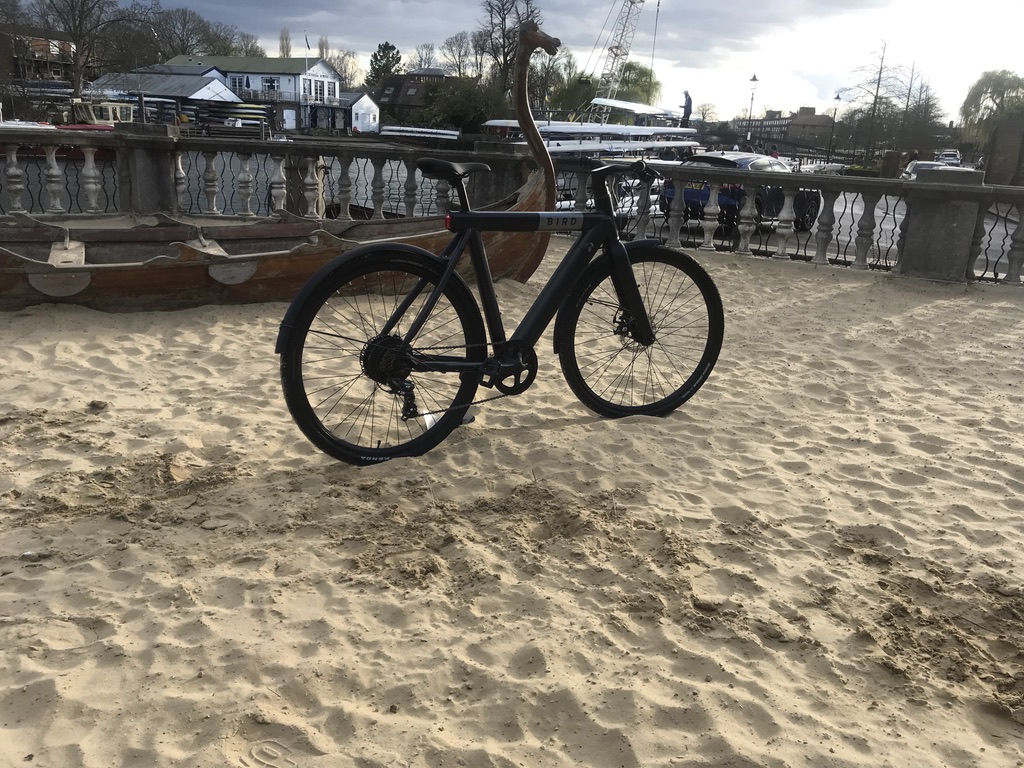 Threading through the bustle of a busy London street in commuting hours demands a bike that you’d want to describe as ‘nimble’ and on that score, the Bird A-Frame loses a point. 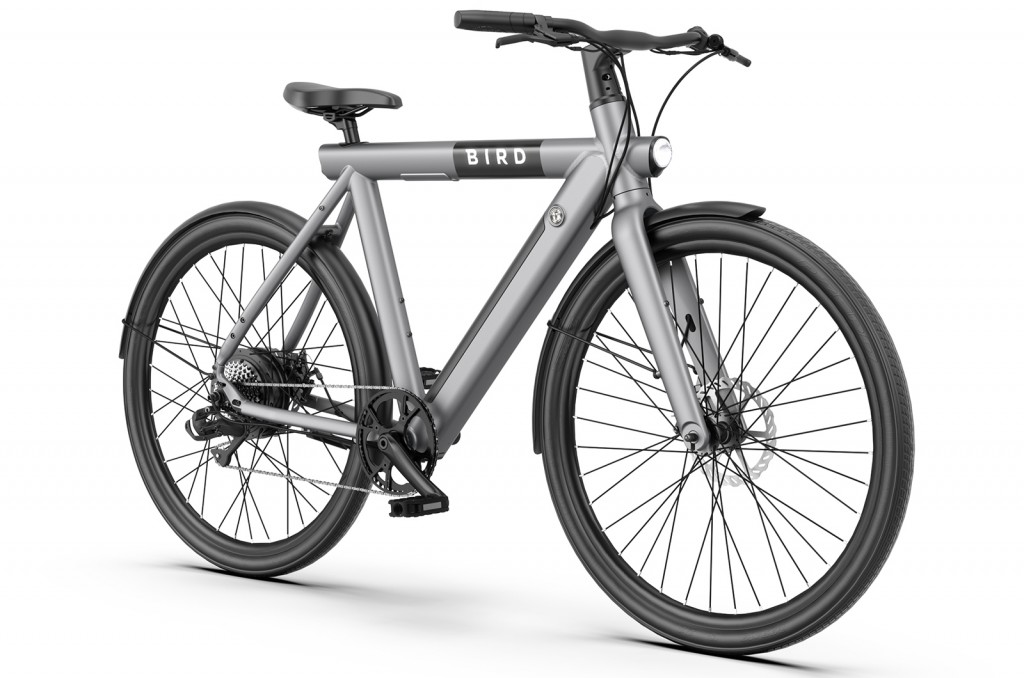 It gains plenty of marks in other respects though. The battery appears to be part of the structure, but is actually removable, giving an advantage over rivals from VanMoof and Volt. A backlit display is built into the handlebar stem, improving ergonomics and reducing handlebar clutter, while the overall build is solid and top quality to the point that it belies the (just) sub £2000 price tag. 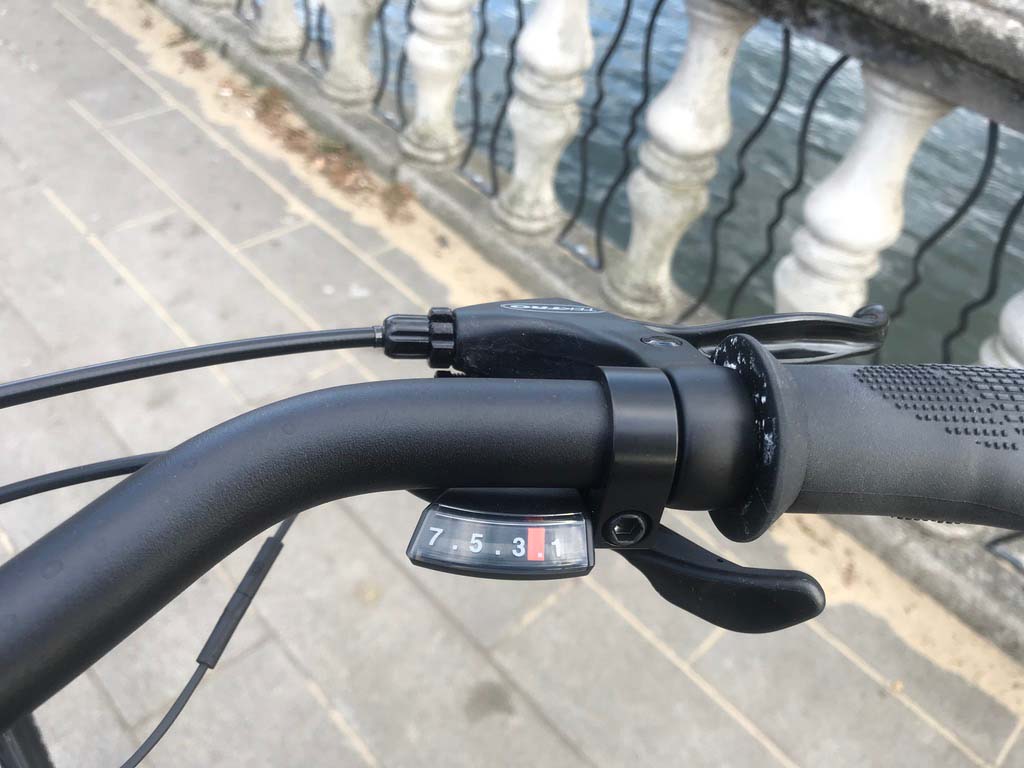 The equipment list is also good. The aforementioned battery is a 36v 12.5ah unit, which the bike maker recons is good for a 60 mile range in eco mode. We think that’s a bit of a stretch, but it certainly has more than enough capacity to handle even long commutes. Bird states simply that the frame is made from ‘commercial grade aluminium’, which tells us absolutely nothing, as surely there is no other kind? Whatever grade of hydroformed tubing has been used, it is not lightweight, tipping the scales at 23.4kg. 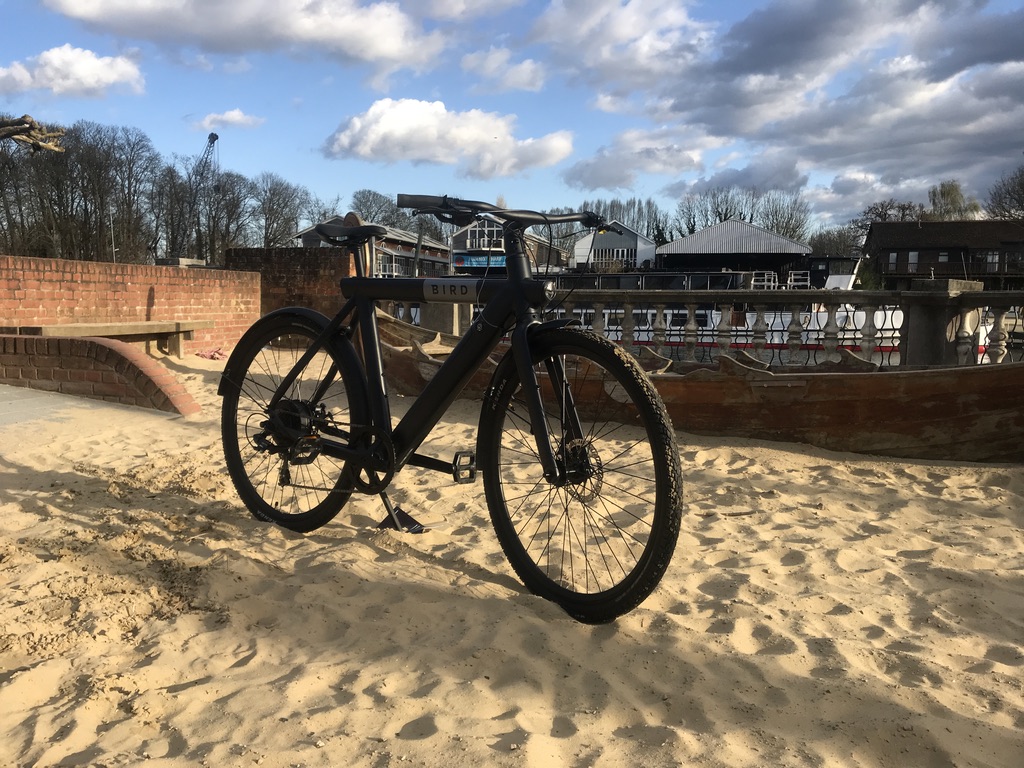 The bike uses a seven-speed Shimano drivetrain and as this machine is no speed demon, we don’t think riders will mind that the derailleur mechanism is an entry-level Tourney unit. Tektro cable-operated disc brakes are also pretty low-spec although they stop the bike smoothly enough and the rear LED doubles as a brake light, which is a nice touch. 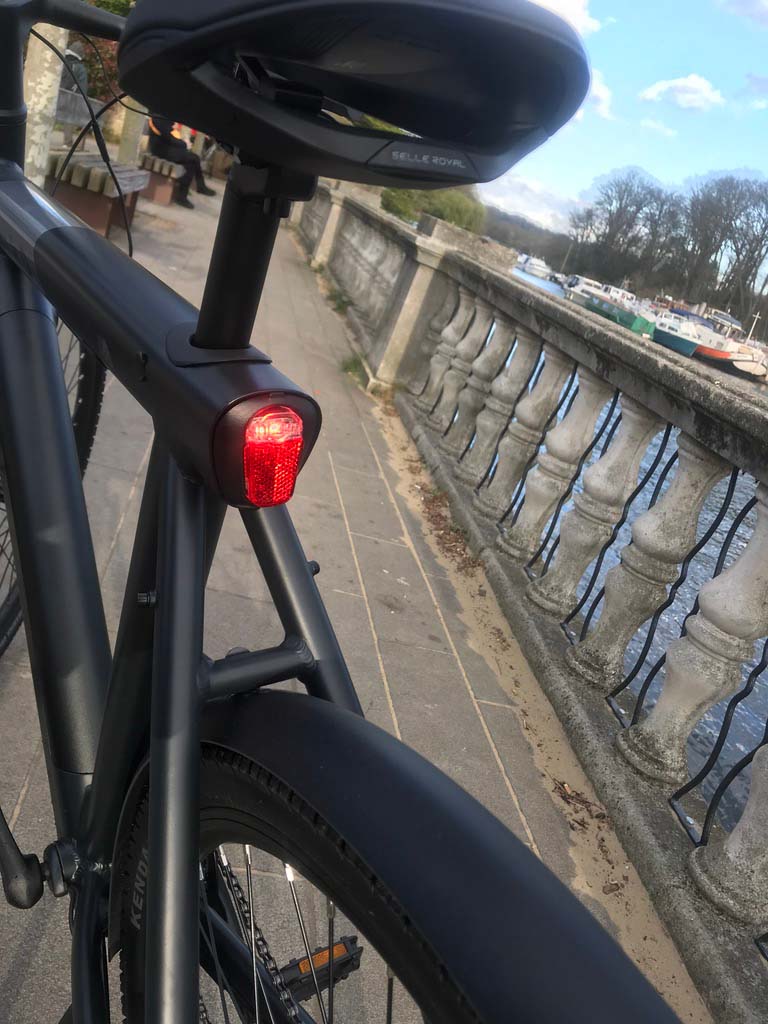 Assistance is provided by a Bafang 250w motor built into the back wheel. This unit is smooth running and quiet enough, though you can hear it hum when it's running on quiet streets. Even in the highest power setting, the assistance never feels like it is shoving you along the road as the electric torque cuts in smoothly and naturally.

To look at and to ride, the A-Frame is a mass of contradictions. Styling, with its full-length mudguards, monochrome paint and  elongated top tube that serves as a cowl for the built-in LED lights, manages to look both futuristic and old-school at the same time. 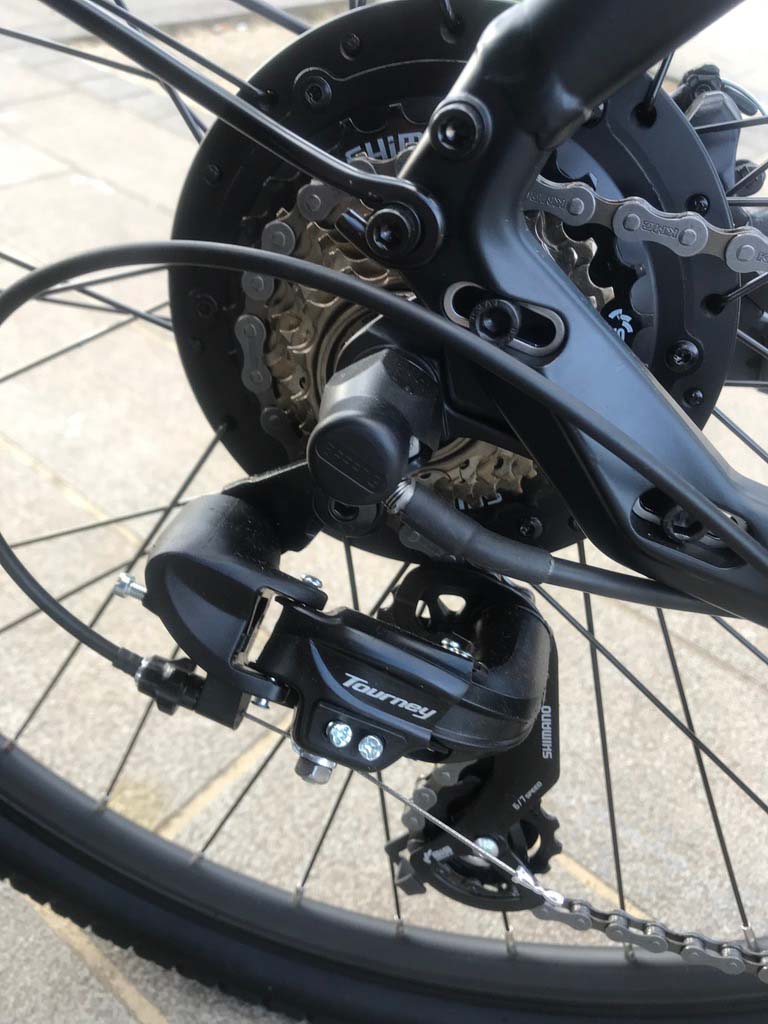 On the road, the old-and-new feeling continues. There’s no suspension, but the wide Kenda Kwick Drumlin tyres give a soft ride.  Possibly because our loan machine has the largest frame size, it does feel taller and wider than other bikes weaving through the traffic and while It isn’t fast or particularly nimble,  it is comfortable in a way that makes you want to ride it further and more often while taking in the sights of your city from the upright riding position. In that respect, it feels like a rod-braked roadster of the 1930s, which in our view is no bad thing at all.

From Bird Bikes directly and from selected Halfords stores.

Verdict
Bird is a company that started as a hirer of e-mobilty in the western United States, and on the A-Frame it shows. The solid quality, stately progress and upright riding position are all hallmarks of modern rental bikes. As this is a utility bike, we’d have liked to have seen accessories such as racks and panniers, but regardless, the product is a durable electric bike that represents fine value for money. 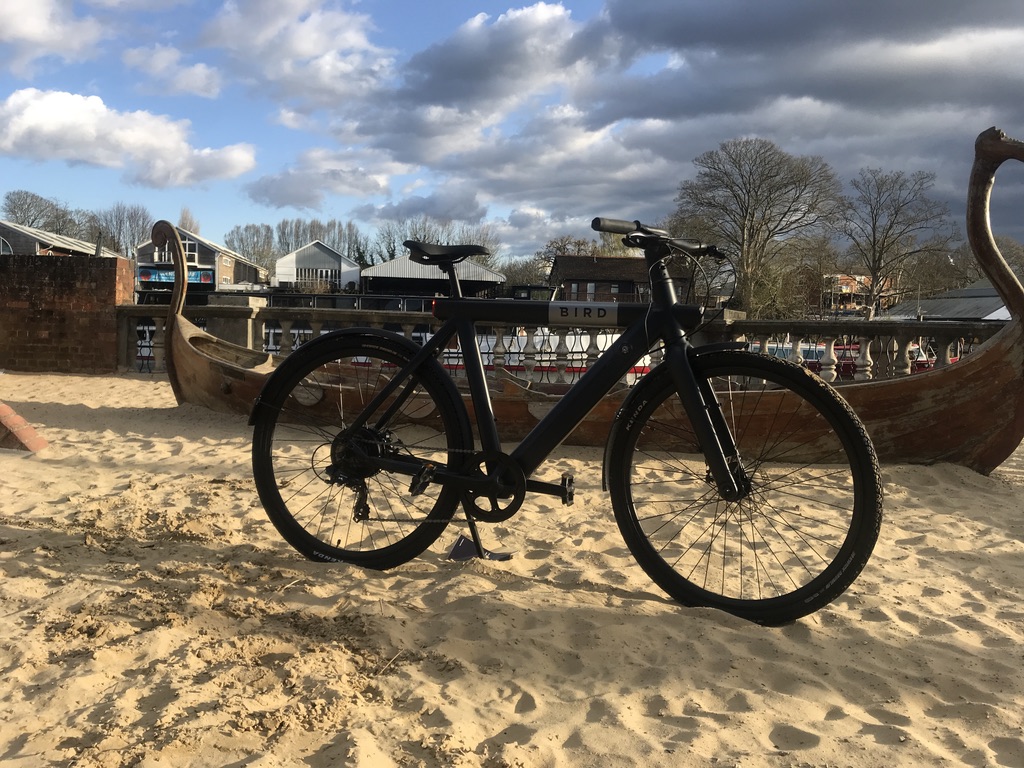