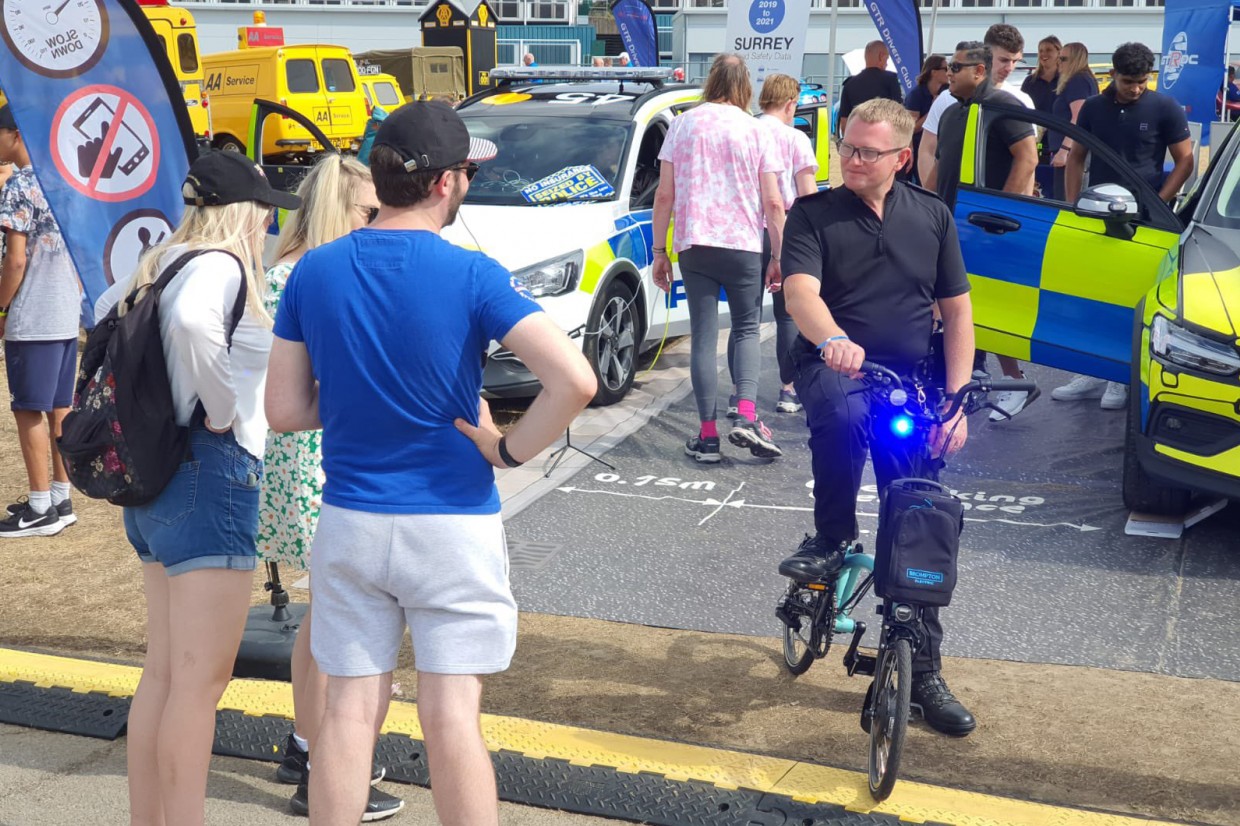 Police forces are increasingly looking to electric power for their emergency vehicles – and we’re not just talking about cars here. Surrey Police’s new Vanguard Road Safety Team has been cutting down on crime using the world’s first ‘blue light’ Brompton. 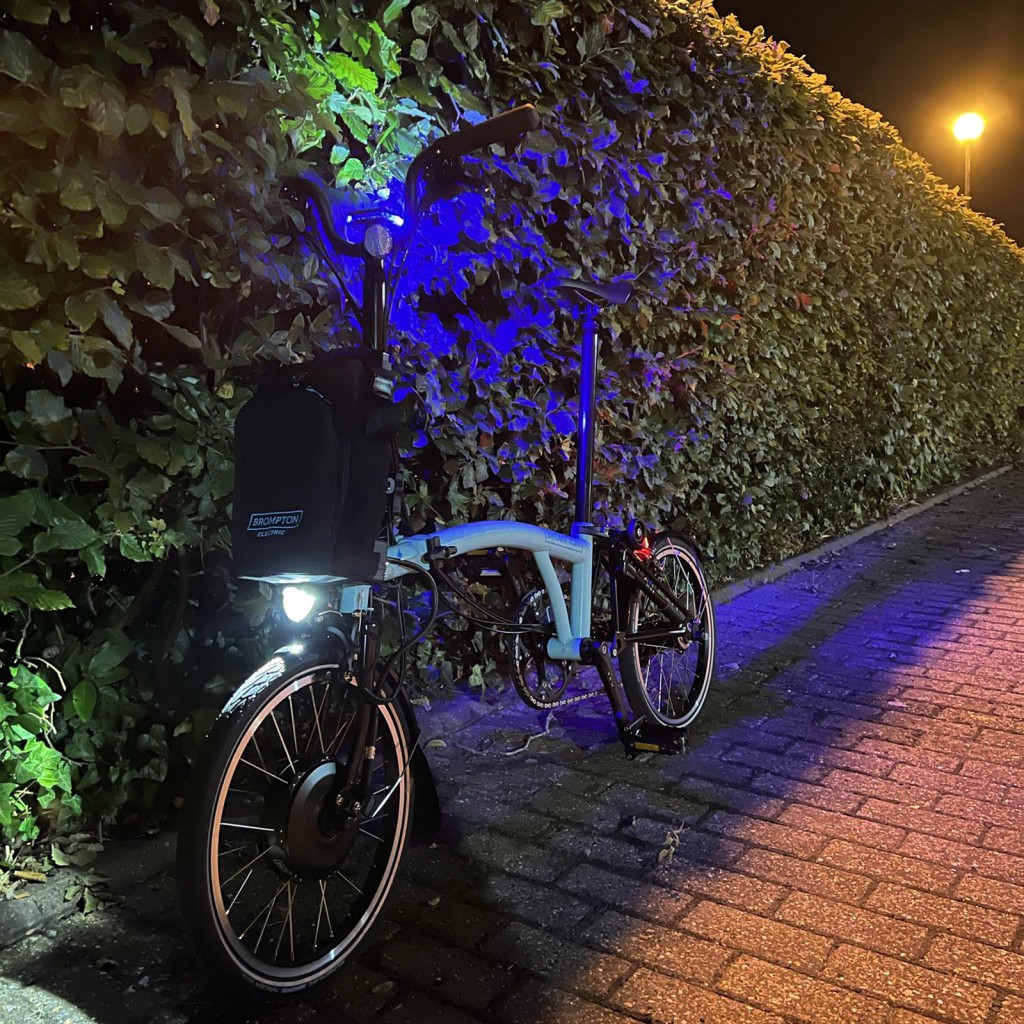 The Vanguard team was created earlier this year with a brief to improve road safety in the county by tackling the ‘fatal five’ contributory factors to collisions: inappropriate speed, not wearing a seatbelt, driving under the influence of drink or drugs, distracted driving and careless driving.

And the 12 officers on the team have access to a unique tool to help that goal: a specially converted Brompton C Line folding electric bike. It was donated by the British bike firm, and is used for both enforcement and to boost engagement with the community at events. And yes, it does have built-in flashing blue lights. 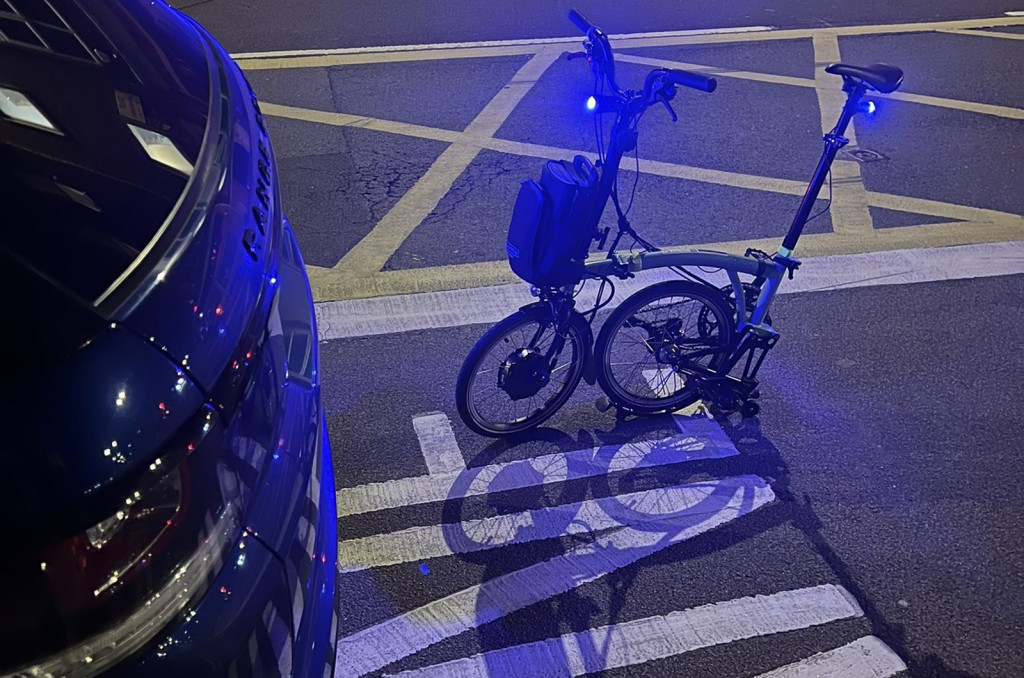 Sergeant Dan Pascoe said: “The fold-up electric bike can be transported in the back of a police car. We can then drive to a location, and deploy from there, while our colleague continues their duties in the car. The bike can also be folded up and transported in a police car when we arrest a suspect.

“Brompton donated the C Line e-bike to us, which we use for enforcement, and also engagement at several events that we attend throughout the year to promote safe passing distances and general good driving etiquette.”

So far, the Brompton has proven hugely effective at catching offenders, and Surrey Police has been keen to document its success on the @SurreyRoadCops Twitter account – another example of how the force is trying to improve driving culture through community engagement.

The team recently tweeted about one six-hour outing with the Brompton in Guildford, in which it was only moving for one hour. That’s because, during that time, the officers using it caught six people using their phones while driving, one driver without a licence and one with no insurance, stopped one vehicle for driving without due car, one for dangerous driving (which apparently involved a pursuit), made one drugs seizure and had one case of obstructing the police. 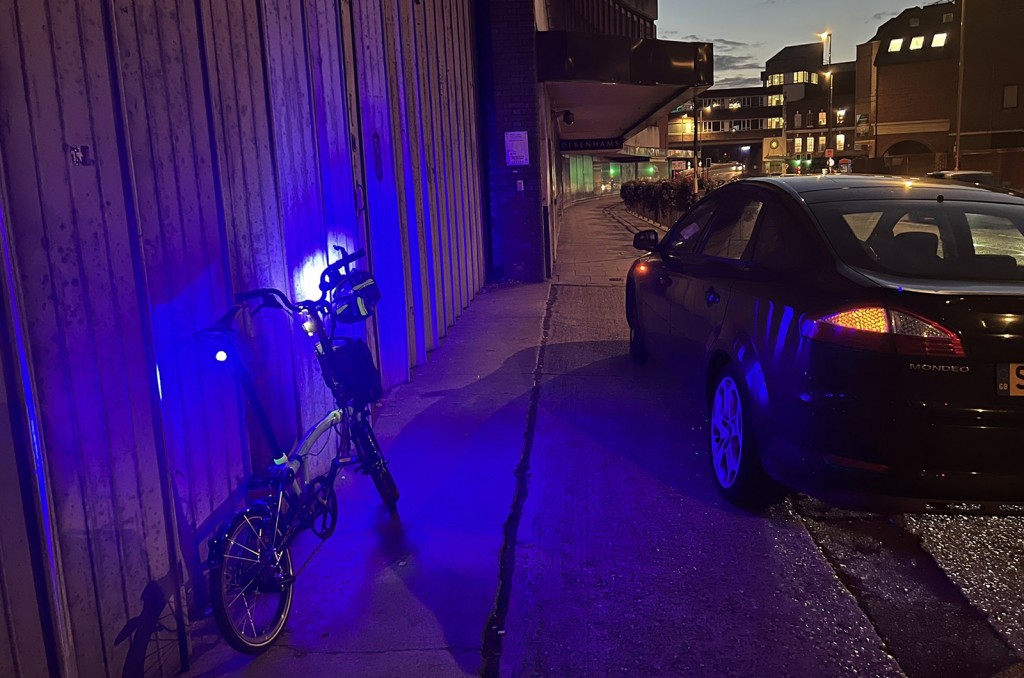 On another occasion, the Brompton was used to stop a Range Rover being driven inappropriately. The driver was arrested after failing a drug test. Usefully, the Brompton could be folded and lifted into the back of the SUV while it was moved.

It’s also been used to stop an Audi that was speeding. When the driver was stopped he was on his phone and drugs were found, resulting in six points and a £200 fine.

But the goal of the blue light Brompton isn’t just to catch offenders: it’s to educate road users about safety as well. That’s why the machine is a regular site at events in Surrey, including the Goodwood Festival of Speed.

Sergeant Pascoe added: “The aim is to firstly reduce the number of serious injury and fatal collisions that occur in Surrey, and secondly to change driving culture, so motorists are more aware of the dangers of their actions, and therefore drive more safely.

“We’re also keen to promote active travel and encourage more people to take up cycling as a form of transport, sport or simply as a hobby. A key part of this is making sure that cyclists feel safe when using the roads." 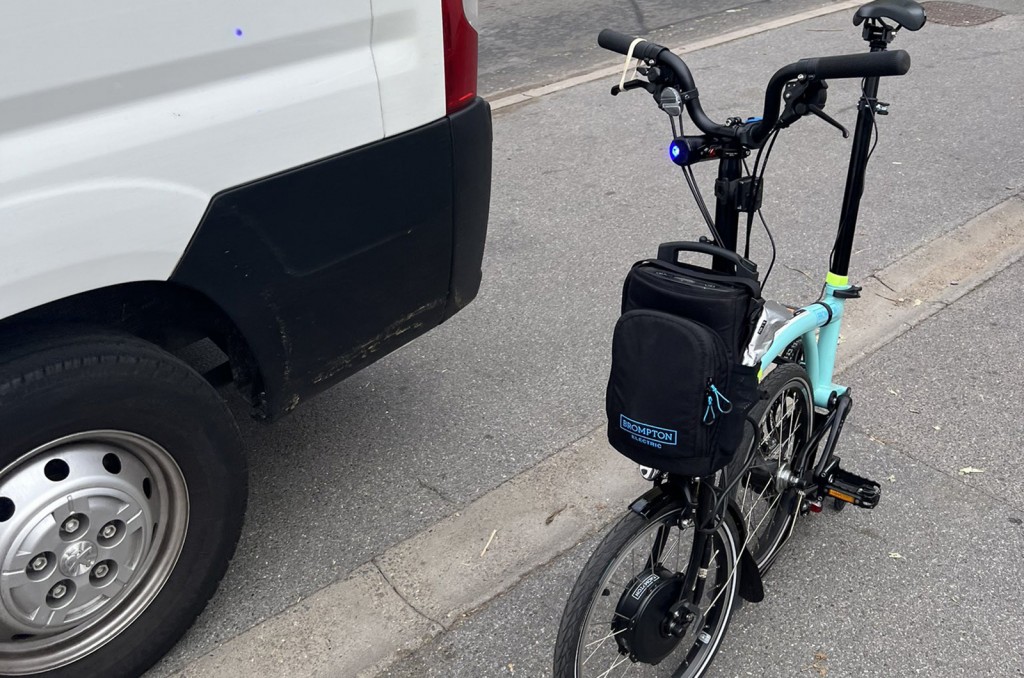 While the Brompton has clearly been a hit so far, Sergeant Pascoe said that the unit isn’t looking to expand its e-bike fleet at present, but said that it “will continue to use this bike to help police Surrey and keep our communities safe.”