Ducati: How the Italian motorbike brand is gearing up for the electric era 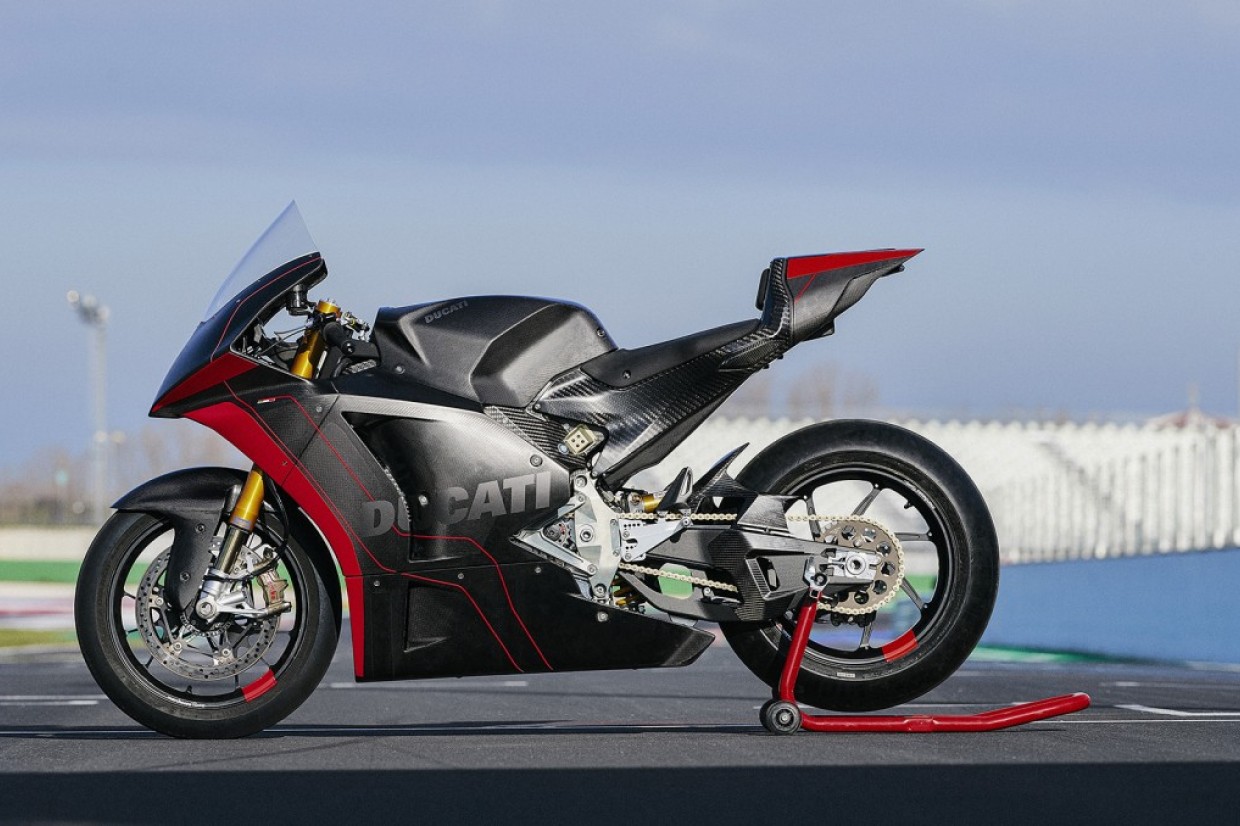 Ducati has etched its name into the motorcycle hall of fame through its storied range of performance-based machines. From MotoGP to the Isle of Man TT, the Italian motorbike manufacturer has become a highly established brand both on track and off it.

Intriguingly, more motorcycle firm’s are now turning their attention to electric machines. Triumph, for example, has been experimenting with the radical TE-1 super bike. Kawasaki meanwhile is set to launch an electric version of its acclaimed Ninja sports bike.

So when will we see an electric motorbike from Ducati and does the Italian brand see a future using electric powertrains?

Move Electric sat down with Ducati UK boss, Fabrizio Cazzoli, to learn more about the firm’s electrification plans, its decision to manufacture the MotoE motorbike, and how parent firm Lamborghini - as well as Volkswagen - is supporting its ambitions. 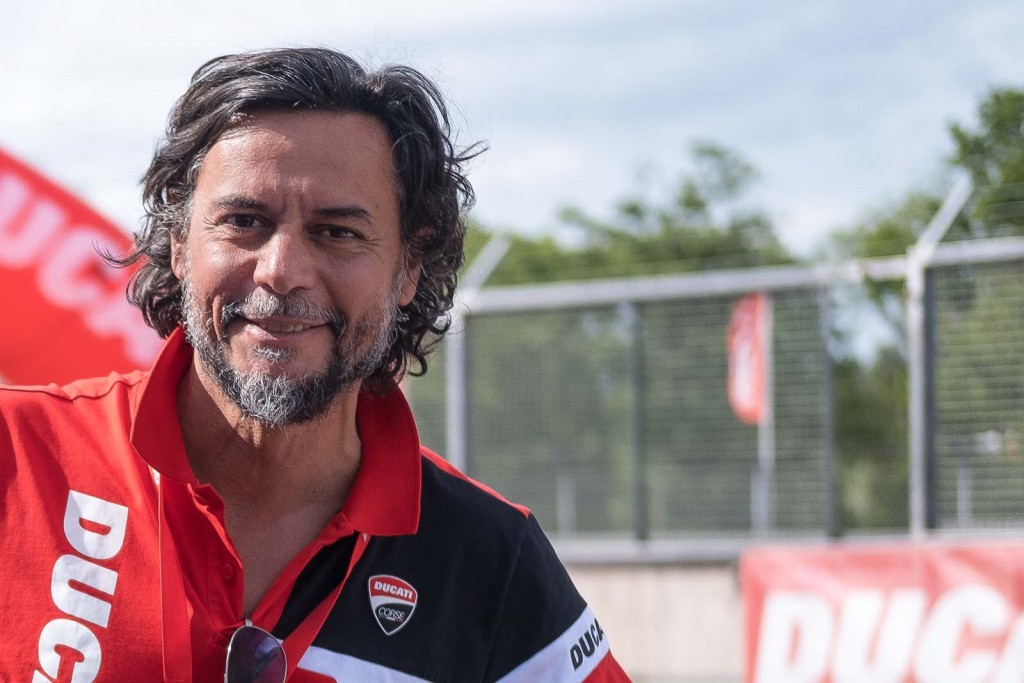 The latest electric news in your inbox: get our FREE newsletter

Reacting to the e-motorbike market
Cazzoli was clear that a series-production electric Ducati was a possibility, but such a machine would not arrive soon.

His assessment of the current market highlighted a need for caution when embracing a new form of technology, citing that the Ducati philosophy could not be sacrificed when creating a new e-motorbike.

“Electrification will be a long way away, not only for Ducati but for the entire motorcycle industry because right now it is not a completely viable solution,” says Cazzoli.

“With an electric power unit, either you have to compromise on range, weight, performance or rideability and right now there isn't a complete product that can cover all the bases - with all due respect to all the other manufacturers.

“The Ducati philosophy cannot be compromised, we would not do that in order to make an electric motorbike. But we are investing in the technology and it is improving on a daily basis and when the time is right we will make one.”

Corsa su strada - powering ahead in the MotoE racing series
The MotoE electric-only racing series launched in 2019, acting as a support race for the MotoGP world championship.

Since its inception, all teams have used an e-motorbike supplied by Energica. This will change for 2023, as Ducati has secured a deal to take over from Energica as the maker of the spec machine that will be used in the championship. 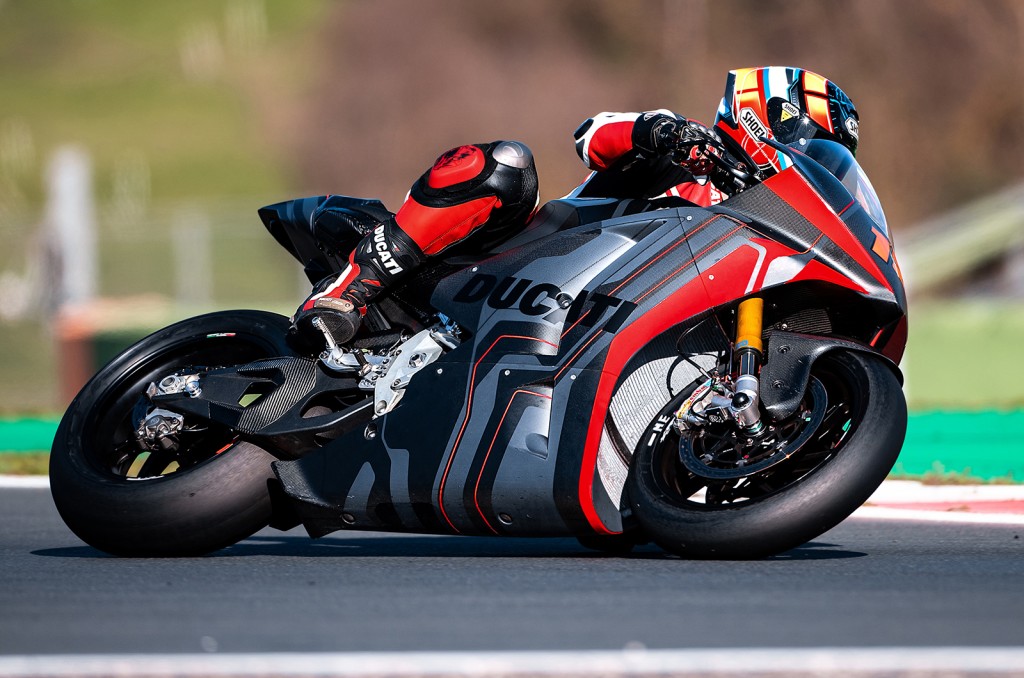 Cazzoli explained that securing the MotoE contract was important to Ducati’s future, adding that the motorbike - codenamed V21L - could influence future products.

“I don't think that many would have expected Ducati, having been so successful with internal combustion engines, to embark on such a big project,” says Cazzoli.

“Why did we do it? Because it's clear that the trend for the future is going to be electric and importantly, we can use the racing to transfer technology into road bikes that are ridden on a daily basis.

“Investing in technology for electric motorcycles will help us to increase our knowledge and know-how and MotoE will support that.” 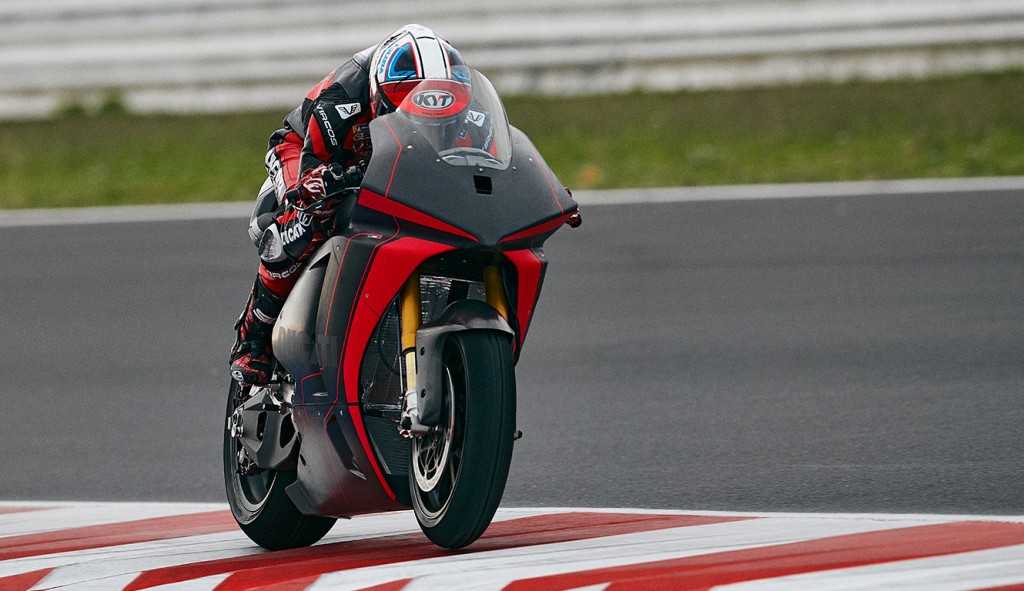 Ducati’s support from Volkswagen Group
Shifting from internal combustion to electric powertrains can be a daunting task at best, but as Cazzoli emphasised, being part of a wider group of brands had offered a greater level of support in its electrification plans so far.

“There is no doubt that being part of such a big automotive group has given us an enormous advantage and a more competitive position,” says Cazzoli.

“You can see with the MotoE project and in our current models that we are using rubber technology in our motorbikes for the first time, becoming one of the first brands to adopt this.”

The potential of hydrogen and biofuels
Although electrification appears to be the solution for future motorcycles, Cazzoli welcomed the idea of hydrogen, adding that other alternatives to petrol such as biofuels could be an option.

“We have to be open minded and look at the future situation because there may be a better solution than just electric power,” says Cazzoli.

“This is a complex issue because we don’t know which powertrain system will be the best in the future. There is significant investment at university and institutional level studying different technologies which cannot be ignored.

“We need to have an understanding of all possibilities because right now an electric powertrain is not the solution for use just yet, but the moment will come in the near future.” 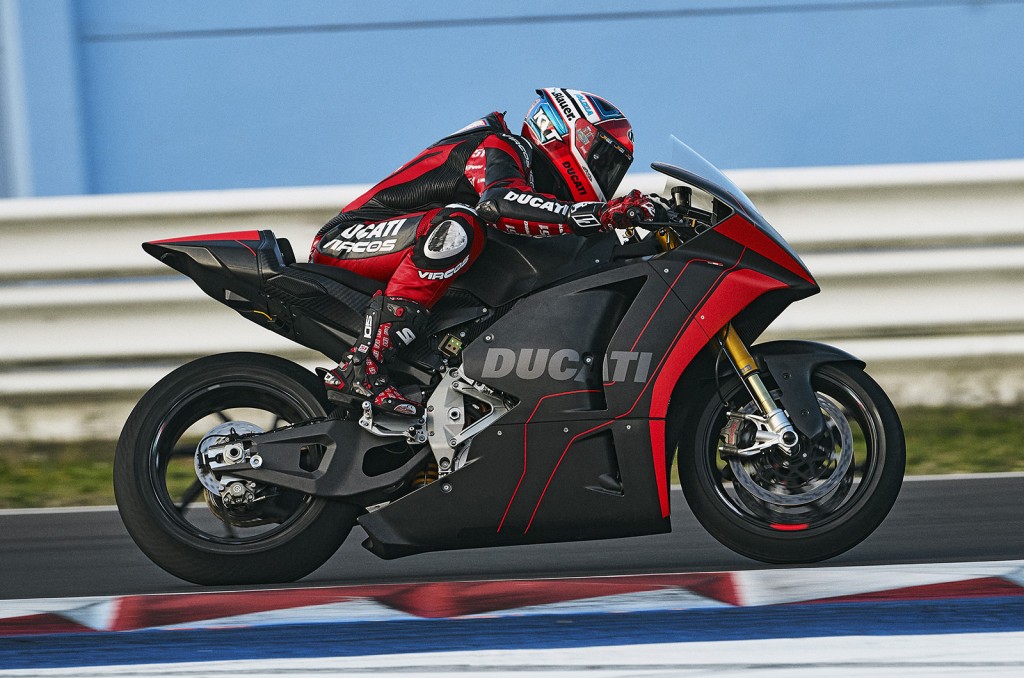 Cazzoli, when pressed on using specific powertrains for different segments, highlighted that this was a further element to consider, adding that an electric powertrain may have a better use-case for smaller machines.

“You don’t want to ride for 100 miles then have to stop and charge for two-three hours; that would not be a clever way of producing an electric motorbike.

“We have to be open, we have to look at the landscape and come up with a viable proposition that is also affordable as well.”

A different approach to mobility
Ducati is clearly not willing to rush into the electric era, remaining cautious in its quest to offer an electric motorbike. And although an electric Ducati motorbike is still some way off, the firm has widened its horizons through e-scooters and e-bikes. 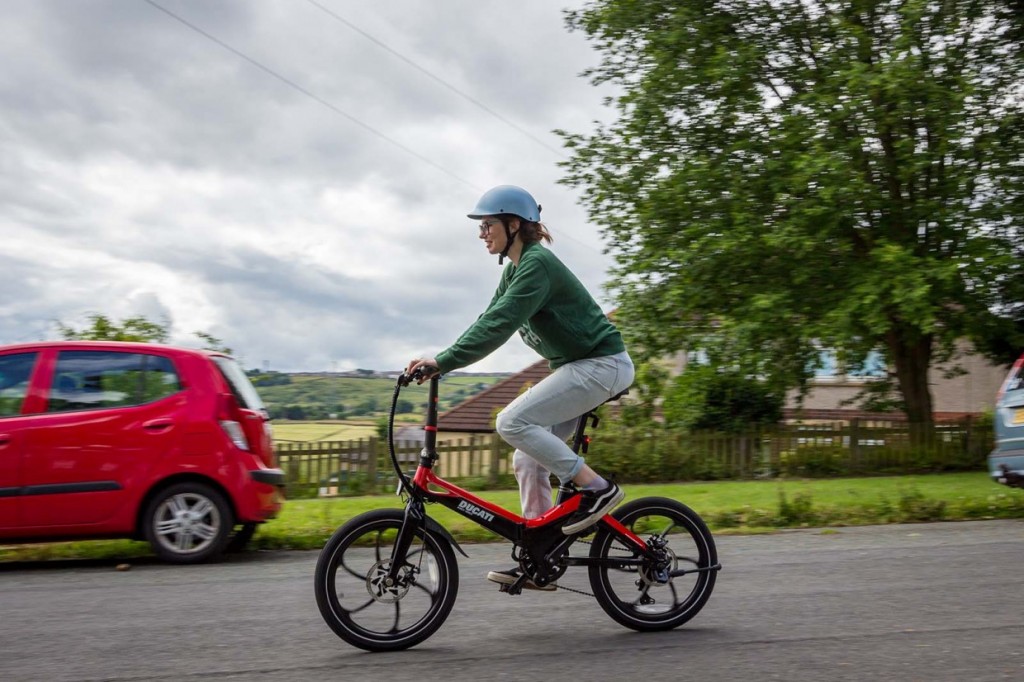 It is worth noting that Ducati’s e-scooters are branded, licensed products manufactured by Super Soco, but as Cazzoli explained, the need for Ducati to adapt to changes in transportation.

“We are living in a world where mobility can be done using a combination of tools, and in relation to e-scooters and e-bikes, Ducati has adapted to the needs of the population,” says the Ducati UK boss.

“The e-bikes are a perfect example of this because they completely fulfil the philosophy and values of Ducati. We also recently extended into road e-bikes with the Futa, which is a fantastic product.”

Looking ahead to the future
Taking into account Ducati’s MotoE project and its experimental V21L electric motorbike, it would be wrong to suggest that the fabled Italian outfit is shying away from electrification; far from it in fact.

Cazzoli, along with the rest of the Ducati team aren’t going to thrust themselves into the e-motorbike segment if it doesn’t suit the brand, or its customer base for that matter.

As Cazzoli reiterates: “There are so many technologies that are now in the initial stage of the development, some of which could be a better option than a battery electric powertrain.

“When we considered battery power for cars, we didn’t just jump from one to the other, we started with hybrids, and now we are seeing more electric cars coming through.

“We cannot run before we can walk. There is a path that we have to go on with electric motorbikes.”