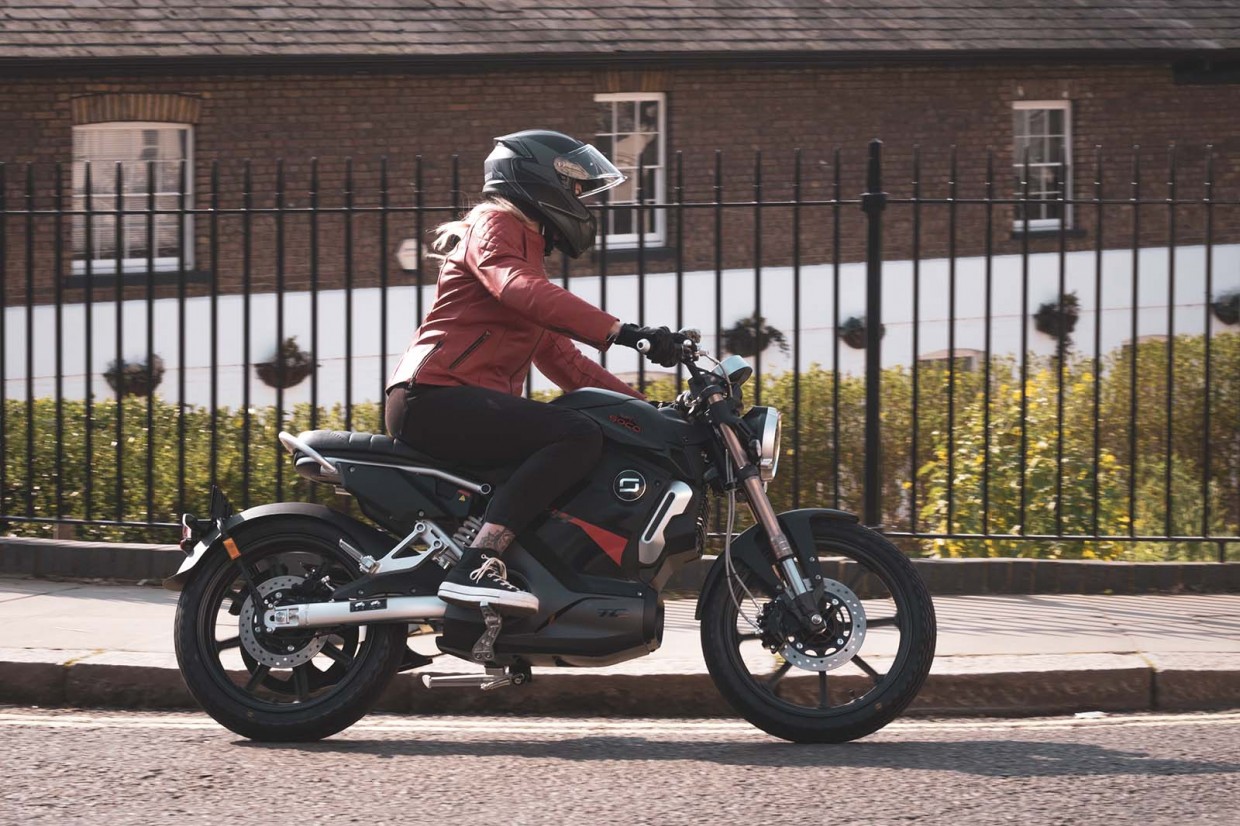 Move Electric's Best Electric Motorbike Award winner for 2022, which means it's one of the best you can buy

Factoring in the £500 OZEV grant, the Super Soco TC Max with alloy wheels costs £4,399 and £4,499 with spoked wheels. For an electric motorcycle, that is seriously good value, especially when you consider that its closest petrol powered rival, the Honda CB125R, costs £4,599.

The latest electric mobility news: get our FREE newsletter

The more I ride electric motorcycles, the more I become convinced that lightweight, short-range commuter bikes are a better use of battery technology than sports bikes or tourers. And that's something Super Soco does very well. 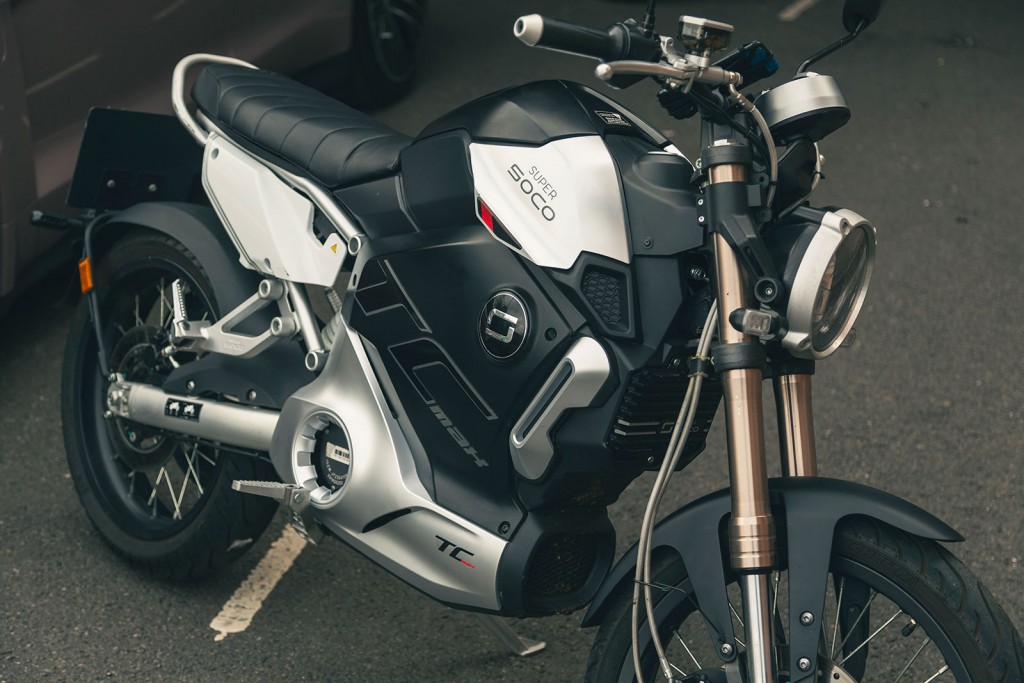 Now don’t get me wrong, bikes like the Harley Davidson Livewire are a hoot to ride (you can read our full review here), but a limited range, heavy kerb weight and eye-watering price tag mean that they have limited usability. Even Triumph has bottled out of releasing its stunning TE-1 – we suspect the business case for a 220kg naked sport bike with a 100-mile range isn’t quite there yet.

Which brings me to the TC Max, which, on paper at least, looks like it really could tempt beginner riders away from petrol power (since its performance is similar to a 125cc bike, it can be ridden with a provisional driving licence by those aged 17 and over, as long as you've got a CBT and show L-plates) because as a commuter there’s a lot to be said for its near-zero running costs. 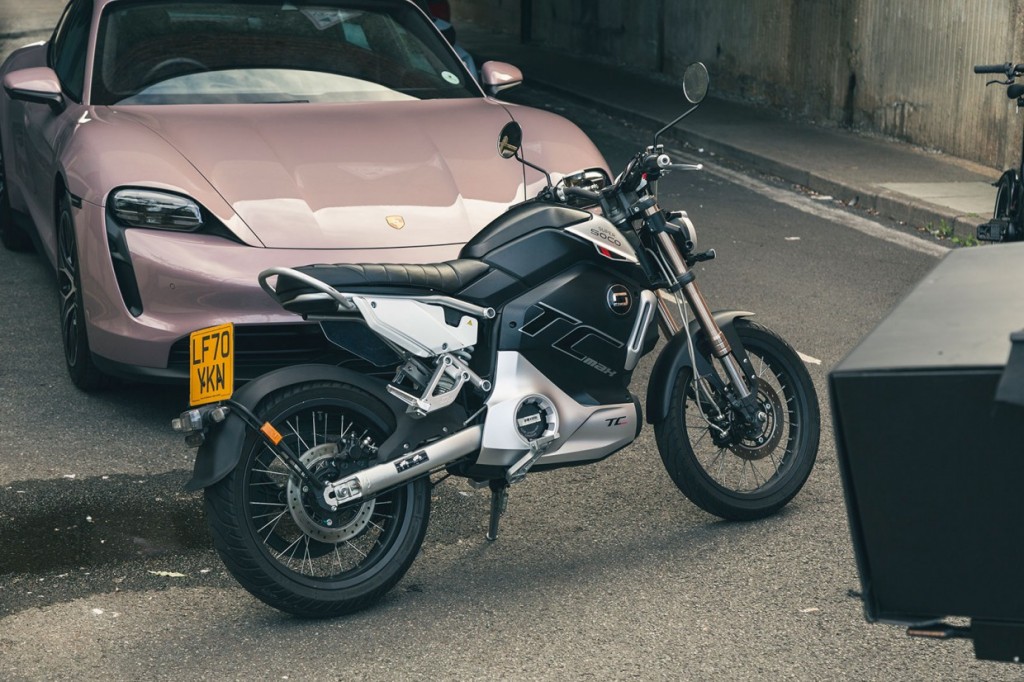 With belt drive no chain maintenance is required and with a relatively small 2.7kWh lithium-ion battery battery located under the TC Max’s ‘petrol’ tank, a full charge costs around 50p, which equates to roughly a penny a mile.

Plus it’s relatively easy to charge. You can either charge the battery in situ or unplug it and carry it into your home or office – all you need is access to a three pin plug socket. That said, the battery weighs almost 22kg so just make sure you’re comfortable lifting it in and out of the bike before you buy. 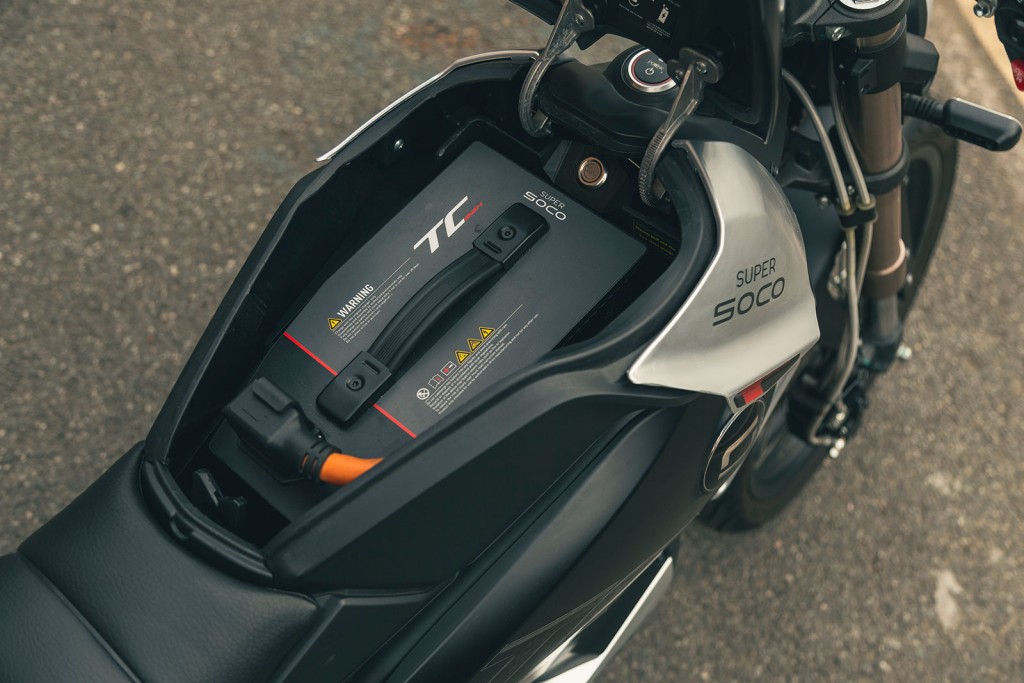 A full charge will take between three and four hours and will get you around sixty miles of urban riding, but you can expect around half that if you’re riding spiritedly.

The first thing you notice when you sling your leg over the TC Max is just how light it is for an electric bike. With a kerb weight of just 100kg (a CB125R weighs 130kg) you immediately have the confidence to filter through slow moving traffic, make tight, feet-up u-turns and carve through mini roundabouts. 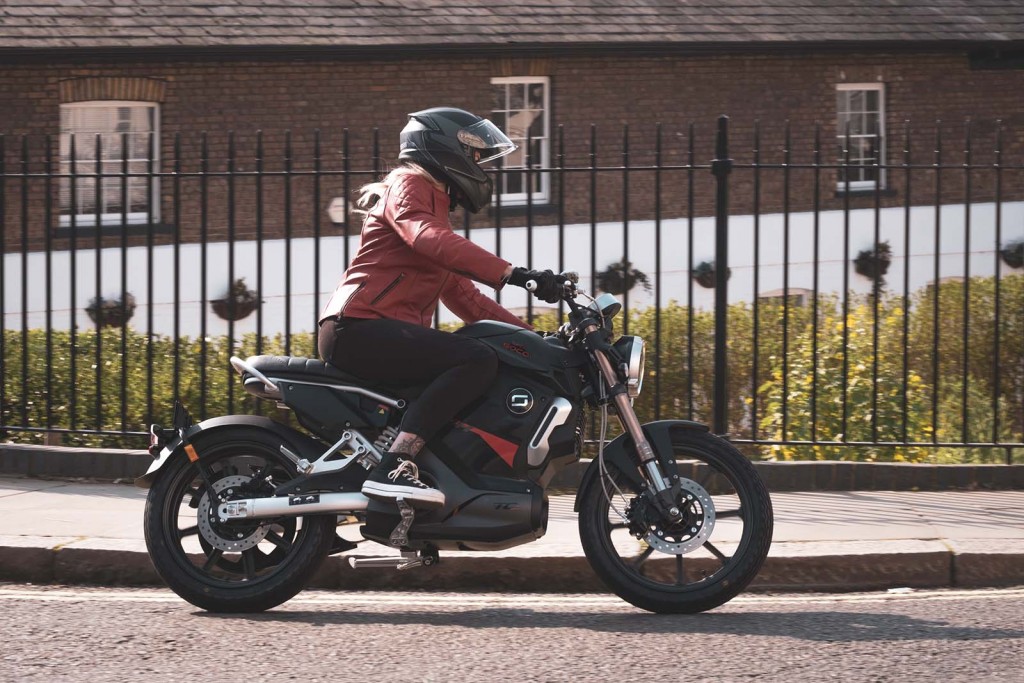 That said, it’s a good thing the TC Max is light, because the single-front disc brake isn’t particularly powerful. The brakes are linked (using the rear activates the third front caliper) giving you a little more confidence when pulling up quickly, but ABS would be a nice addition. After all, these bikes are going to spend a lot of time being ridden in less than ideal commuting conditions. 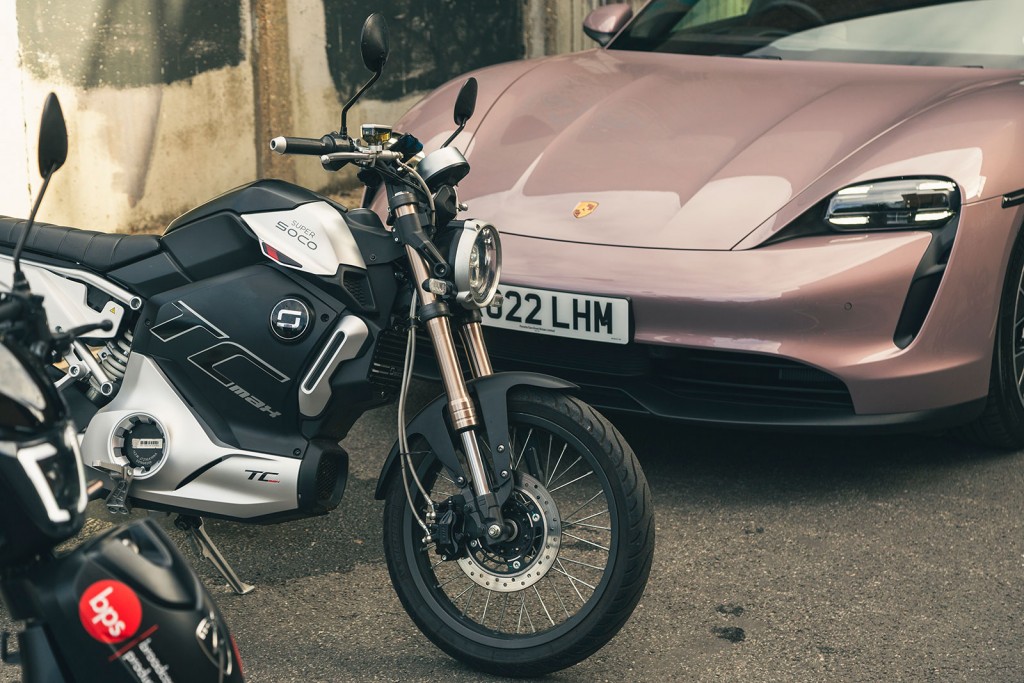 In terms of straight line performance, there are three riding modes to choose from, but don’t go thinking that these are high-tech motor management programmes that change power output and regen settings. Instead the riding modes do little more than cap the top speed: setting 1’ limits it to 30mph, ‘2’ restricts it to 40mph and ‘3’ allows you to reach a claimed 60mph.

In truth, everytime I jumped on the TC Max I selected setting 3 and forgot about it. This gave me the performance keep up with other commuter bikes away from the lights and also gave me the ability to sit at a comfortable speed on inner city ring roads. The only real complaint I had was that the throttle connection is fairly sloppy and you get a small amount of surge on a constant throttle; trying to hold a steady 30mph past speed cameras was a challenge.

We’ll leave it to you to decide if you like the look of the TC Max, but we were certainly taken it with its sleek, almost concept-bike aesthetic. From a distance, it also looks rather premium – while photographing the bike for this feature, every 15 minutes or so a courier or commuter would stop to ask what it was and more importantly how much it cost. When I explained it was £4,399, the response was overwhelmingly positive. 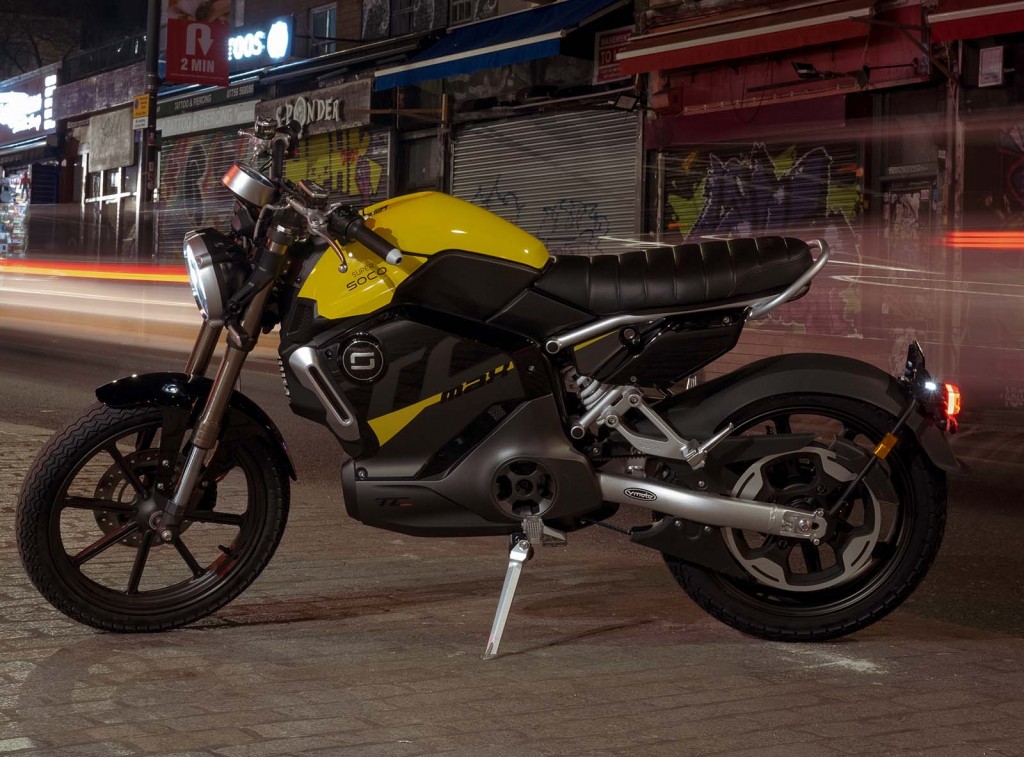 The reason I say it looks premium from a distance, though, is because once you get up and close with the TC Max you start to notice that its build quality is more reflective of its budget price. The plastics, for example, feel flimsy and the single round dial (which contains an analogue speedo and an LCD panel) was too dim to read accurately in wet conditions.

And while the the keyless ignition and built-in immobilizer are nice touches, I found that the alarm system would turn on (and more crucially, go off) at random. I would therefore recommend keeping the key fob in an easily accessible pocket because the chances are you’ll be reaching for it rather frequently. 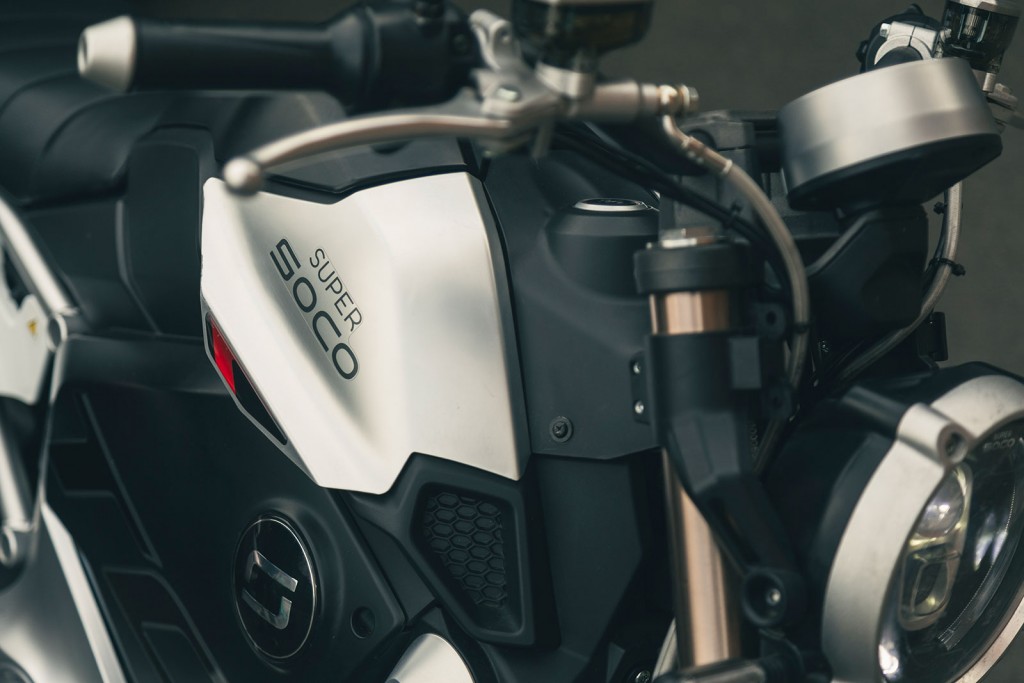 When we considered the TC Max’s price point, style, market position, sales numbers, charging practicality, range and dynamic performance as part of our annual awards, it came out on top and took home our 2022 Best Electric Motorbike Award.

But now that we’ve spent more time with the TC Max, have we changed our opinion? Well, you’ll be relieved to hear that no, we haven’t. Because while the TC Max does have a couple of rough edges, it more than makes up for these by being affordable, easy to ride and cheap to run.

Indeed, we reckon the TC Max represents a turning point for electric motorcycles, because for once, we can say that this electric-powered bike is a credible alternative to a petrol powered machine. 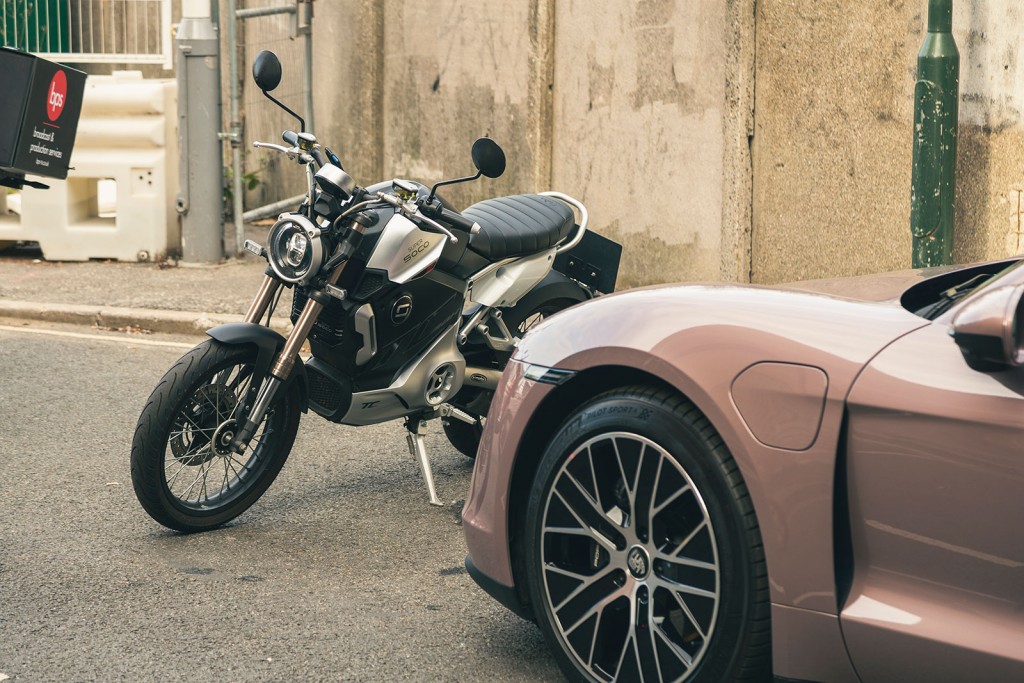