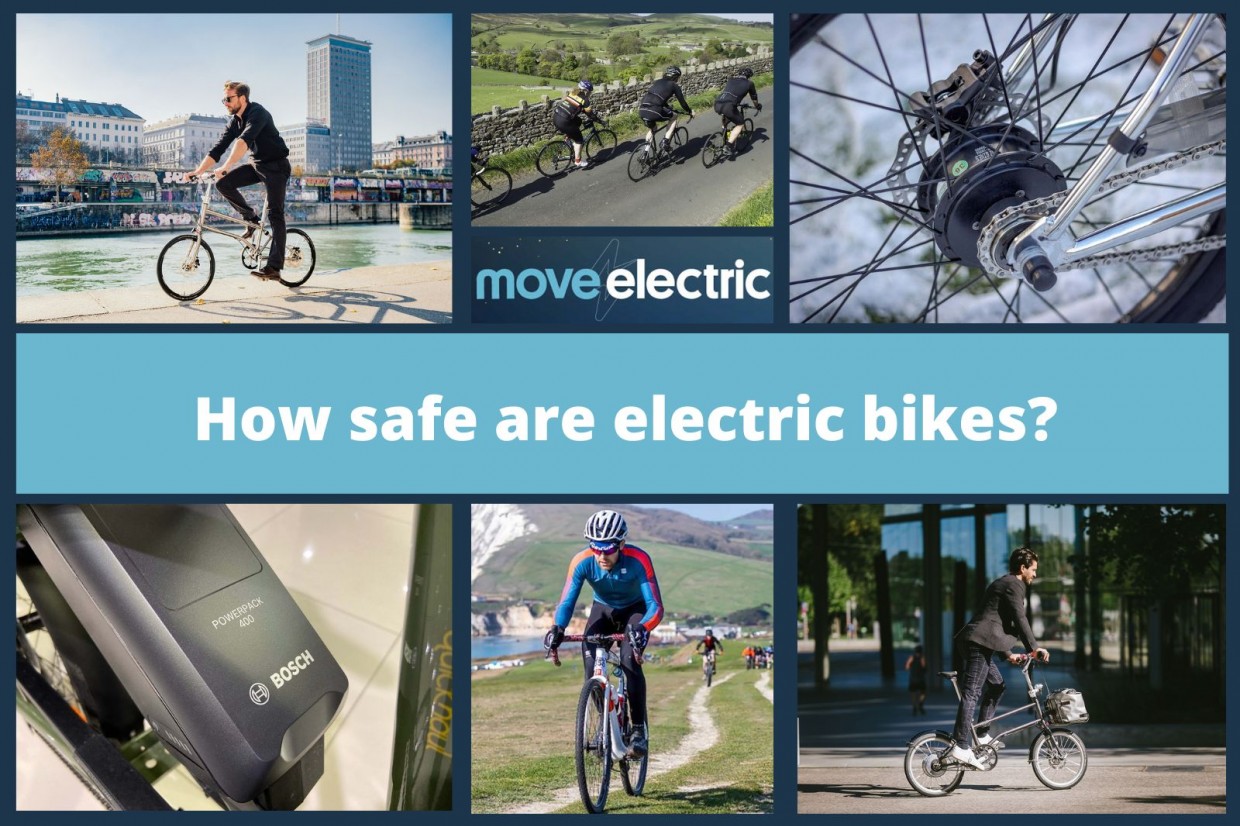 In the history of cycling and bicycle manufacture, in particular, new technology has generally been treated with apprehension. For instance, the popularity of the 'safety bicycle' took far too long to overtake the penny farthing, even though it was quite obviously the much more practical choice.

Fast forward a century (and a bit), and electric bike sales are booming – the latest development in the world of two-wheeled transportation. So why are some of us still filled with 1900s apprehension about the sort of technology that’s in everything from our phones to our cars? 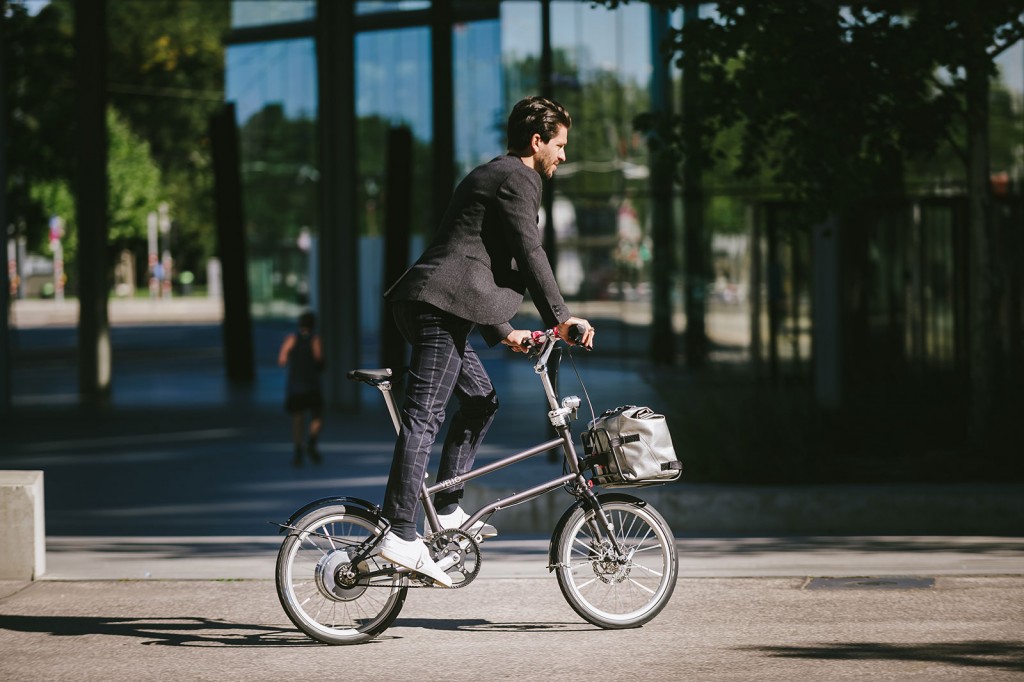 Of course, batteries are not something you should mess about with. And with media outlets covering stories of electric bike battery fires and dodgy chargers being sold over the internet, it's a natural reaction to wonder if that massive lithium-ion battery-powered bike you've got in your kitchen is about to spontaneously combust. So, we thought we'd speak to some industry experts and leading brands on how they keep customers safe from, well, exactly that.

Right from the beginning of the manufacturing process, safety is considered, as Valentin Vodev, co-founder of e-bike brand Vello explains.

“In Europe, it is mandatory for all e-bikes to have an EN-15194 manufacturing test along the standard ISO 4210 test that is used for unassisted bikes. In general, this test is much more sophisticated and necessary than the ISO test and all of our e-bikes have this. What we've seen over the last years in some countries, especially in France, was that retailers and customers always check if the manufacturer has this mandatory manufacturing test and this is very positive, because it increases customer confidence and also safety." 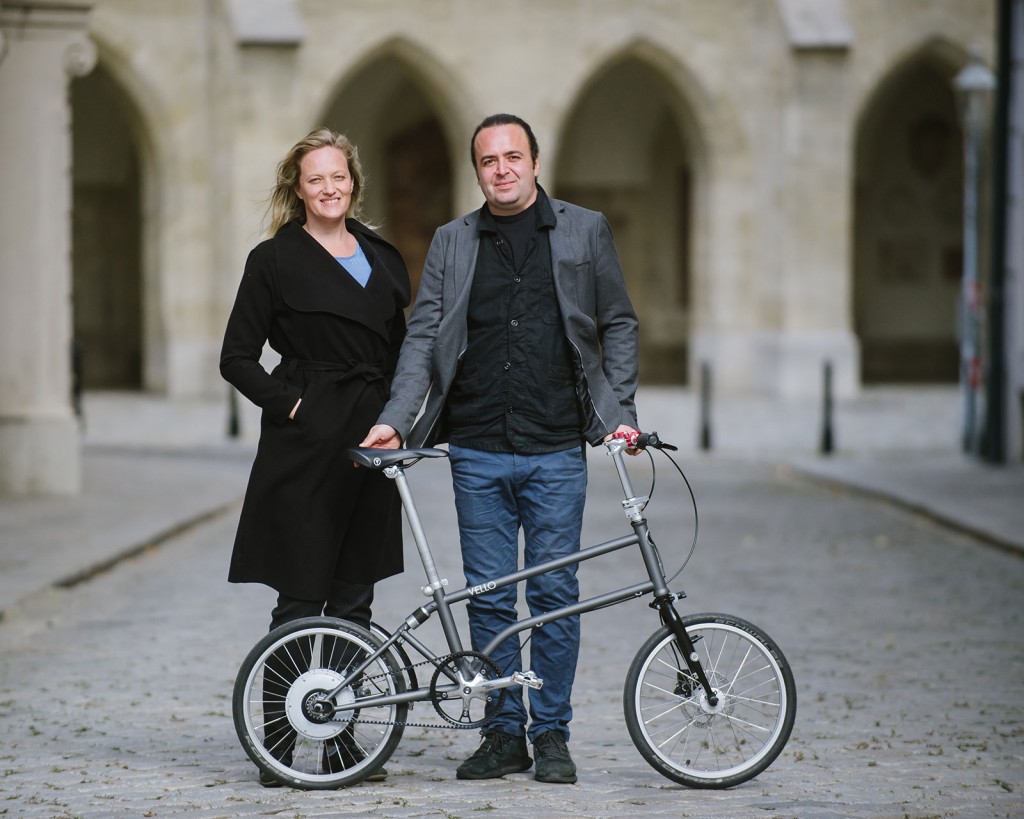 Consumer confidence is key when it comes to ‘new’ technologies, so having these certifications as a bare minimum means if the bike you’re looking at has these, it should be fit for purpose. Bosch is another big player in the e-bike world, producing mid-drive motors and battery systems used in several major bike brands, and thus they take the safety of their products seriously, as Chris Astle, UK Marketing Manager for Bosch eBike Systems explains.

“For us at Bosch eBike Systems, safety and reliability of the products are the focus, this also applies to our e-bike batteries. These Lithium-ion batteries are complex, finely-tuned systems with high energy content. The ingredients can, in principle, be flammable in certain circumstances. 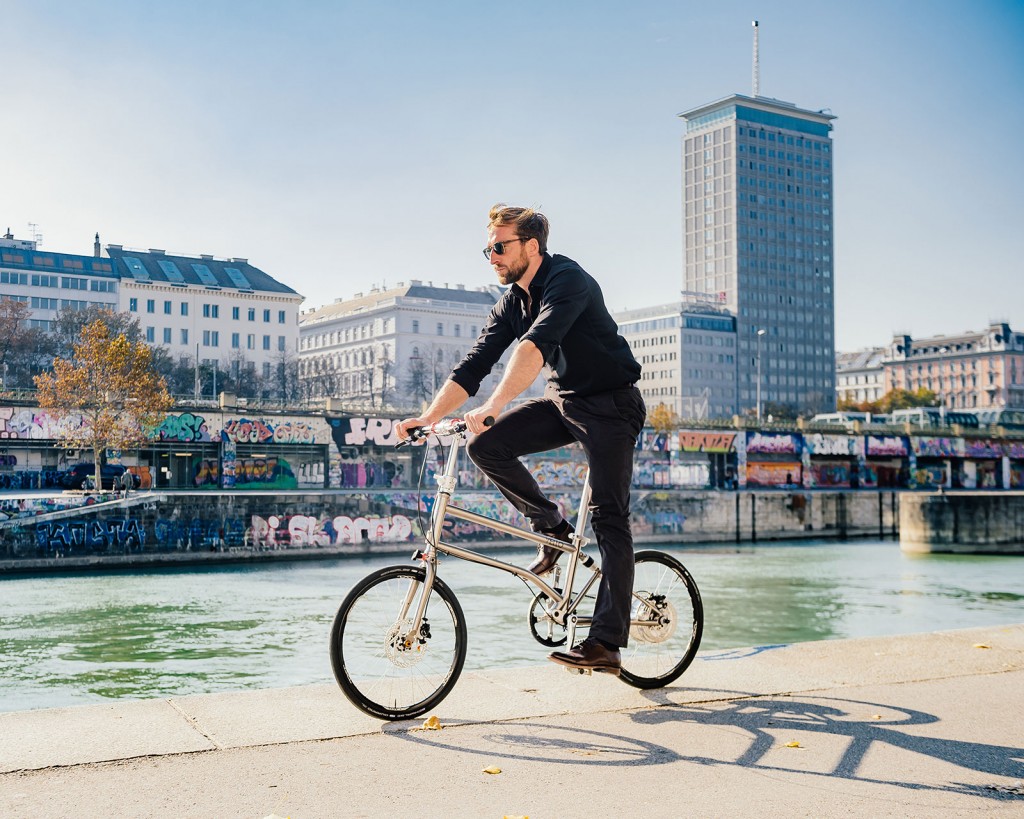 “For this reason, e-bike batteries must undergo extensive legally prescribed tests and may only be brought to market once they have passed these. Bosch eBike Systems goes beyond the already stringent legal requirements, paying special attention to the issue of battery safety at every point along the value chain.

“A Bosch battery consists of numerous high-quality lithium-ion battery cells arranged within a robust housing, sealed to prevent the ingress of water and dust. Bosch batteries are also equipped with a Battery Management System (BMS) which continuously monitors the battery, detects potential fault sources and protects the cells from overloading. If the BMS detects a problem, such as excessive temperature, it automatically shuts down the battery.” 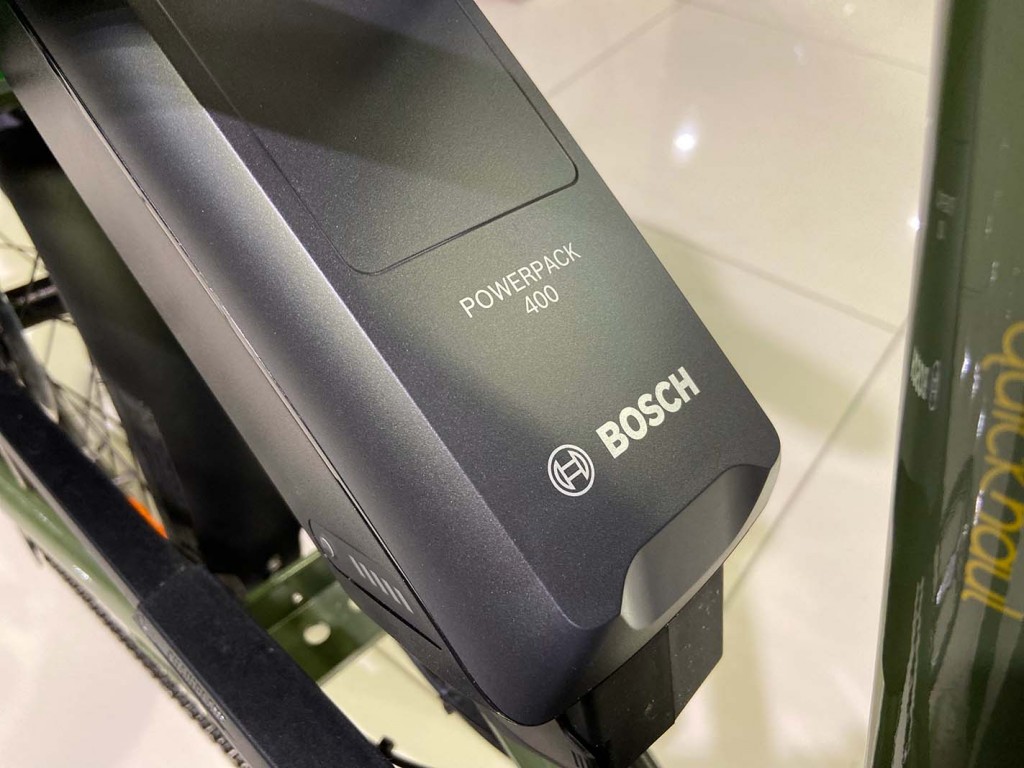 Fail safes like these are key to keeping people safe in the rare situation that something does go wrong with a battery. Of course, e-bike batteries are built to withstand some degree of impact, otherwise, they'd be pretty useless on things like e-MTBs. But, there are some ways you can minimise the damage and keep your e-bike as safe as possible, as Nick Bailey, founder of e-bike conversion kit company LaVita Velo explains.

“Of course, you can make anything go on fire if you try hard enough. There's enough chemical energy in the cells to cause problems, but you have to provoke them really hard to get that. And I think it's just trying to move away from sensationalism.

“Aim to store it somewhere dry. Even if it’s waterproof, don’t leave a battery in damp places because electronics just don’t like high levels of moisture. So the ideal place is probably somewhere like a kitchen, or in the shed. Not somewhere in the centre of the house just in case there are any problems, but the general message is that you are extremely unlikely to have a reputable e-bike that is going to have any problems at all.”

Batteries from reputable brands in their normal states are unlikely to cause any issues. But what about when people have tampered with them? Although illegal, de-restricting e-bikes to remove the assist limiter is, if the internet is to be believed, becoming more problematic. 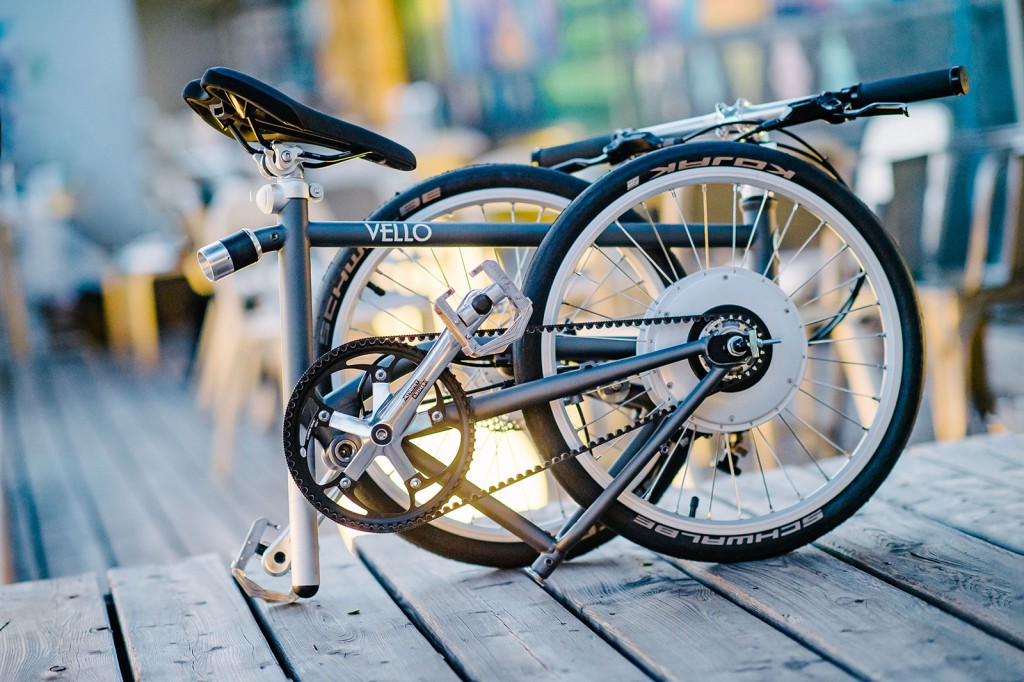 Bailey adds: “I'm interested in the range of what people do with e-bikes. There are people on forums with bikes which are like 3000W, and these are people who have no real electrical experience, they're just working on a vague view of made-up safety and they think they'll be fine. I've seen some terrifying articles on some websites where they tell people how to use bench power supplies to charge batteries.

“A bench power supply is where you just turn a dial and it'll give you any voltage and any current, depending on what you've got. That is unacceptable and hugely unsafe because it gives people a sense that, 'Oh, someone else has done this so it must be alright'. Whereas actually, the people doing this are just crackers. These little cells do have a lot of energy in them and you don't really want to mess them around."

Luckily brands like Bosch are catching on to this, and are introducing methods of dealing with it, as Astle explains. 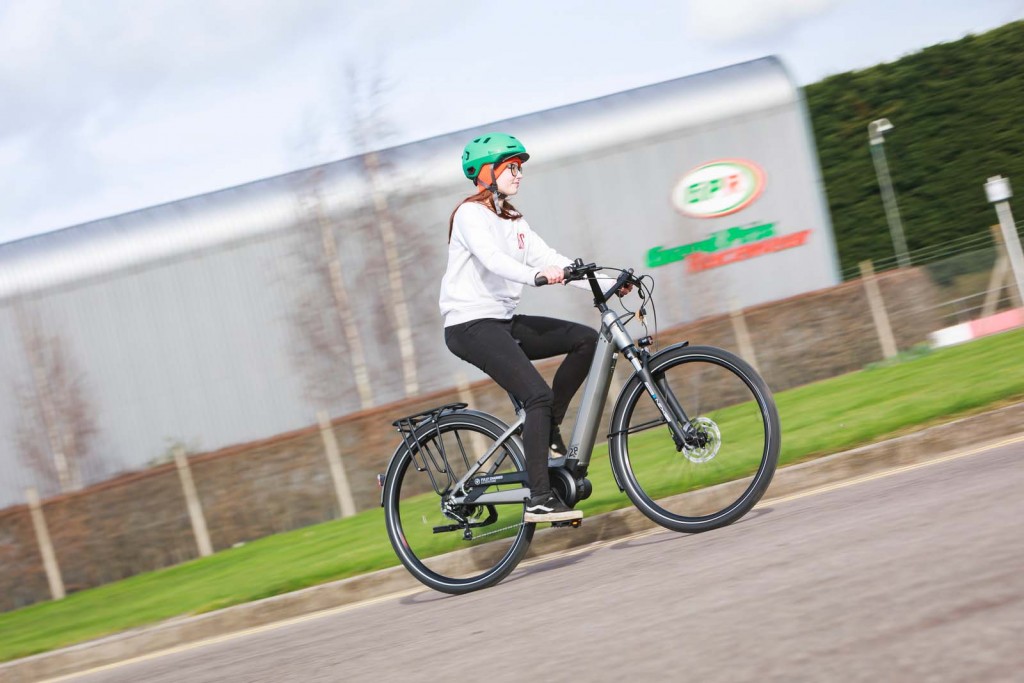 “We are also committed to combating tuning. Anyone who manipulates their e-bike through tuning endangers themselves and other road users – and they also provoke stricter regulations for the e-bike. Since the 2018 model year, we have been implementing suitable measures on the software side.

While some consider hacking into their e-bikes, others have concerns about things outside of the electronics. For example, the heavier a bike, the more powerful the brakes need to be. This is why Bosch has been championing its version of an anti-lock braking system (ABS). 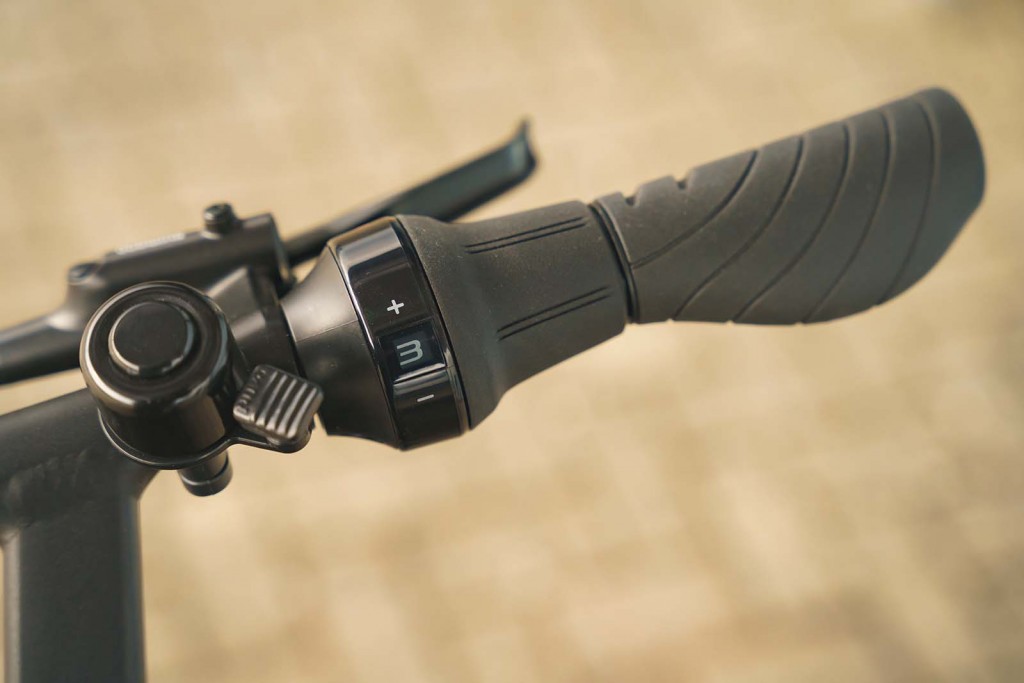 “The front wheel brake on a bicycle is crucial for a short braking distance, but many people avoid using the front brake because they are afraid of being thrown off the handlebars," continues Chris, "ABS works by using sensors to measure wheel speed, and if locking of the front wheel is anticipated the ABS takes control of braking pressure.

“This improves stability and steerability of the eBike, something which is particularly evident on slippery surfaces. Meanwhile, in the event of extreme over braking of the front wheel the intelligent Bosch eBike ABS rear wheel lift control reduces the possibility of the rear wheel lifting. This reduces the likelihood of the rider going over the handlebars and gives them the confidence to use the front brake more actively and efficiently." 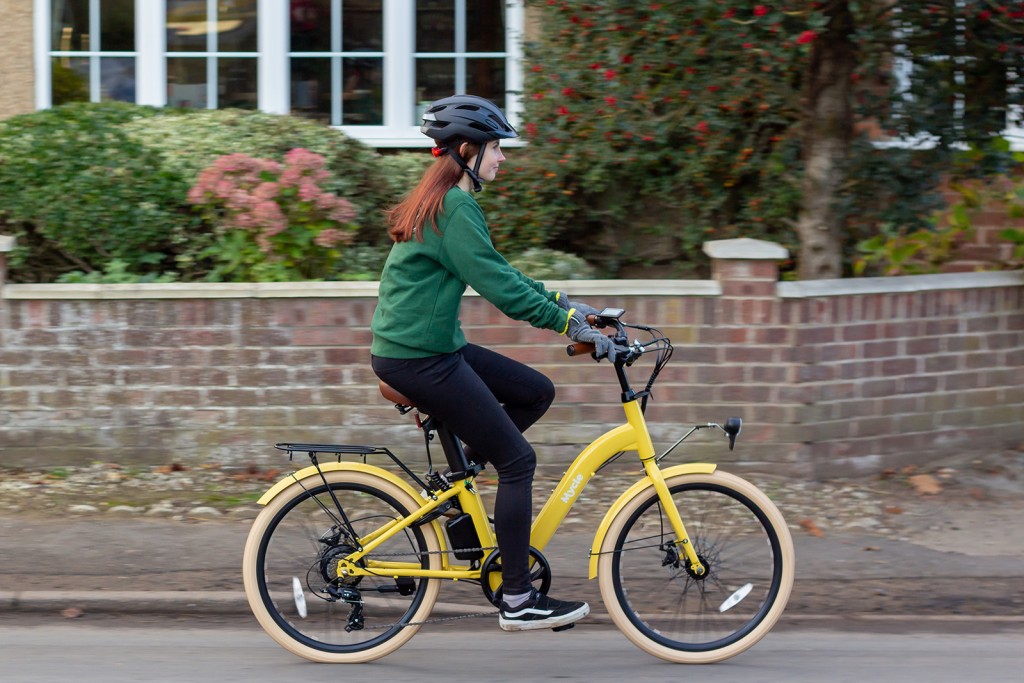 It’s evident that ‘safety’ is a multi-faceted descriptor and can mean completely different things to different people. For consumers, it may be how likely their house is going to burn down while charging their e-bike, and for others, it may be to do with incidents on the road.

Nevertheless, it's quite clear to see that although e-bikes have plenty more tech on them than the average unassisted bike, the standards of manufacturing and testing processes official products need to go through to be marketed are rigorous. Buying unofficial chargers and batteries, tampering with the motors to de-restrict them and generally not looking after the bikes is unlikely to end well. So like with anything else that you have in your house with a lithium-ion battery, look after it.