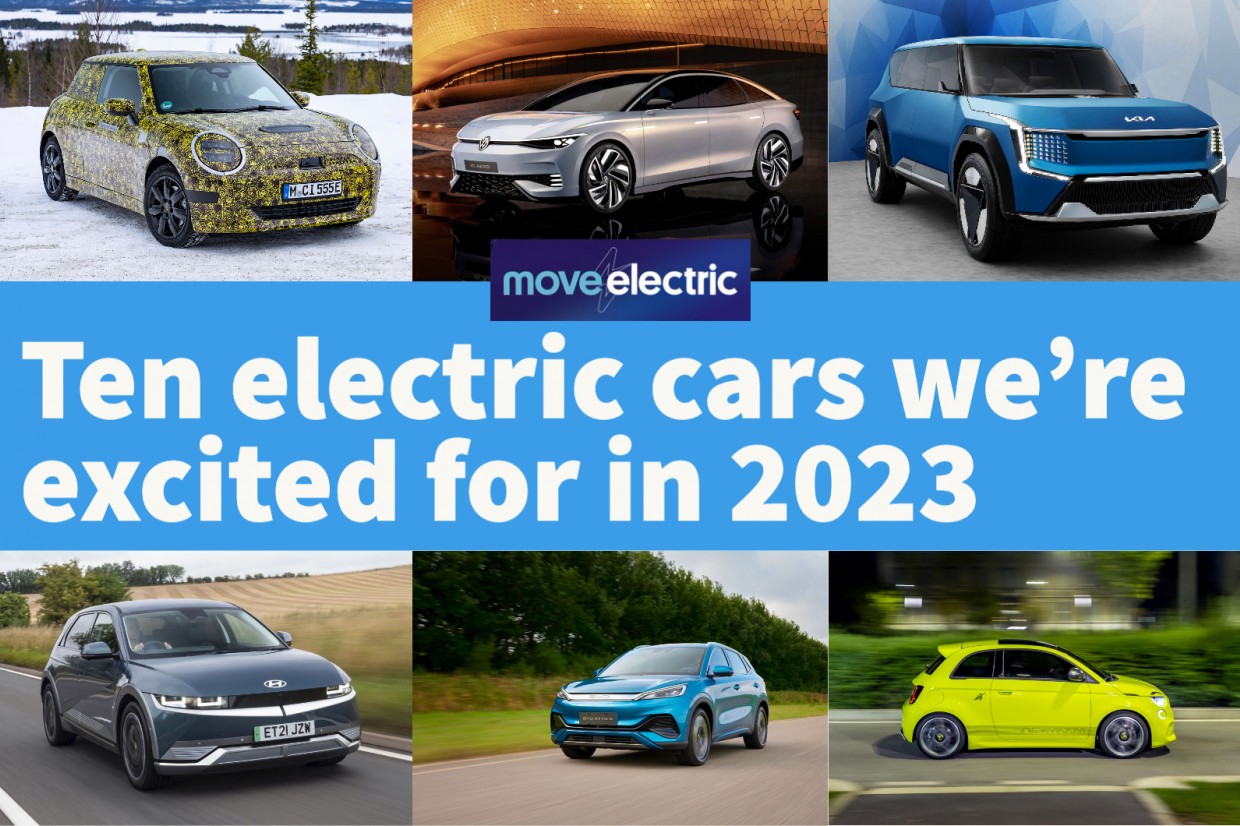 A dizzying amount of new electric cars were launched during the course of 2022 – and that won’t be slowing down any time soon. Electric cars are here, and they’re not going away.

Scanning through the likely EV arrivals in 2023, the really exciting thing is the diversity of them, from pocket rocket hot hatches to massive SUVs, and reinvented icons to performance flagships.

We’ve picked out ten new electric cars that we’re particularly excited to check out in 2023.

We’ve been particularly intrigued to try the Abarth 500e since we attended its reveal and heard its engine note echoing off the walls of the car ramp that leads to the roof of Fiat’s old Lingotto factory (you know, the one from The Italian Job…). Yes, engine note. The new hot hatch reworking of the hugely popular Fiat 500e features a sound generator, and while that sounds a bit cheesy, it produced a surprisingly glorious noise.

The hope is that the rest of the upgrades made to the standard 500e will be just as effective. Tweaks to the powertrain and battery system means the Abarth will offer 113kW and 117lb ft, which should combine with some suspension tweaks to make this a proper pocket rocket. 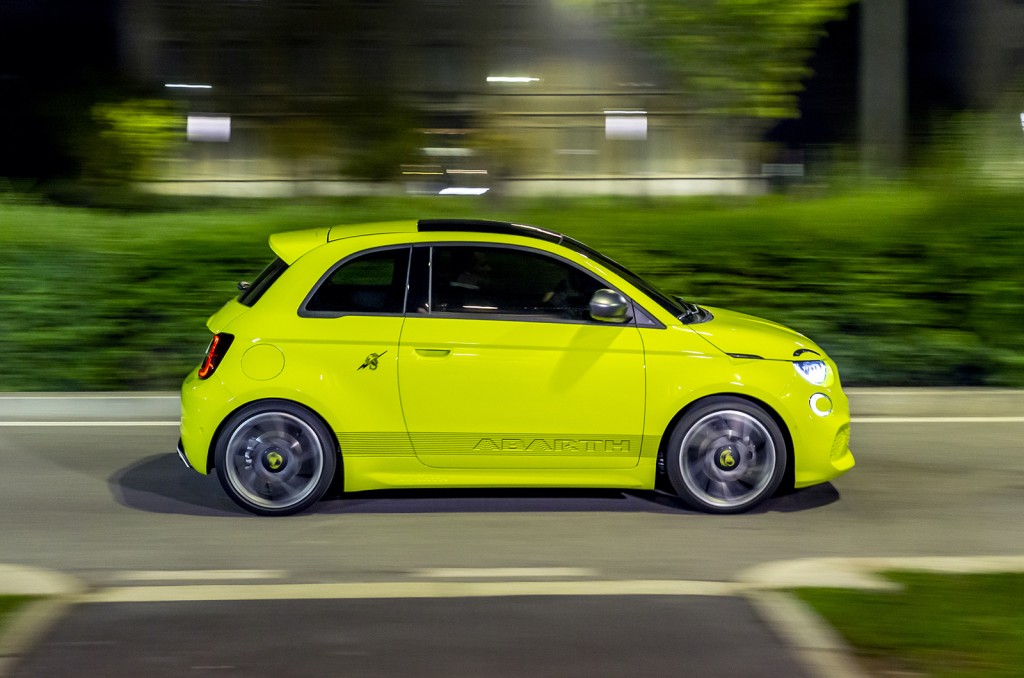 BMW might put a huge emphasis on SUVs now, but the 5 Series executive saloon remains at the heart of the brand. It’s the model that really exemplifies the blend of driving dynamics and premium feel that underpins the line-up – and this year it’s going electric.

The BMW i5 will arrive alongside the next-gen 5 Series, similar to how the BMW i4 sits alongside the ICE 4 Series. And like the i4, it is set to be offered with a mix of rear- and four-wheel-drive powertrains and a range of around 350 miles. While it won’t be offered initially, a hot i5 M could eventually be 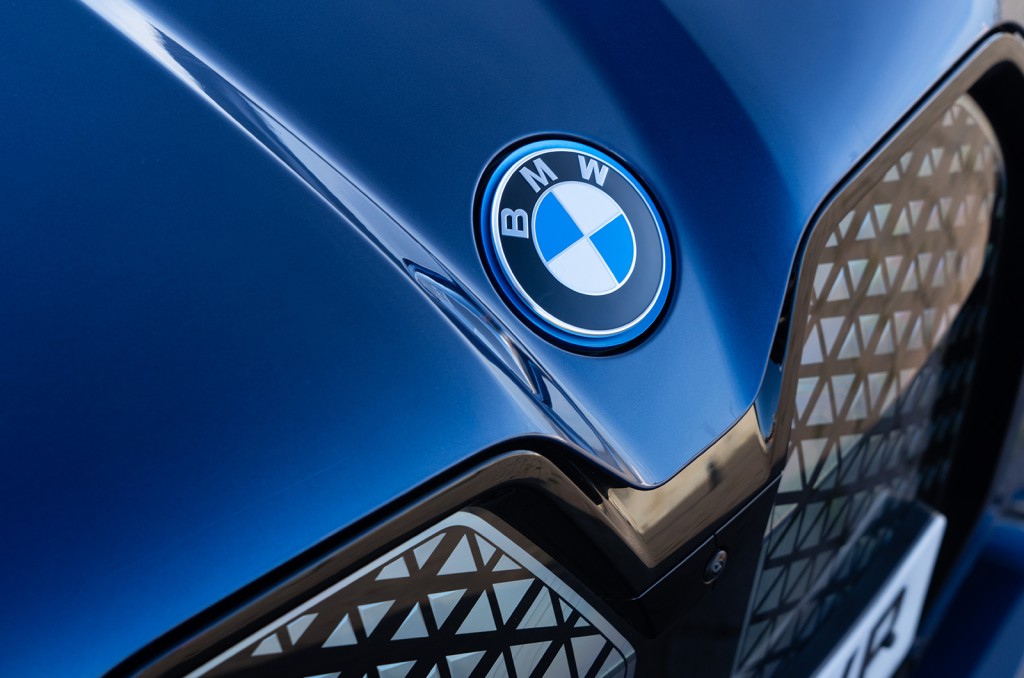 BYD – or Build Your Dreams, if you like to know what acronyms mean – is currently best known in the UK for electric buses, but it’s one of the most ambitious of the big Chinese firms currently setting its sights on Europe. And the Atto 3 is the car that will lead its charge into the UK this year.

An electric SUV to rival the likes of the Volkswagen ID 3 and Kia Niro EV, the Atto 3 has all the ingredients to be a credible contender. We had a short outing in the Atto 3 on a test track and were impressed by the solid ride and handling, as well as by tech including a rotating touchscreen.

The big test will be how well it holds up on UK roads, and whether British buyers will be prepared to make the switch to a new brand previously associated with far bigger EVs. 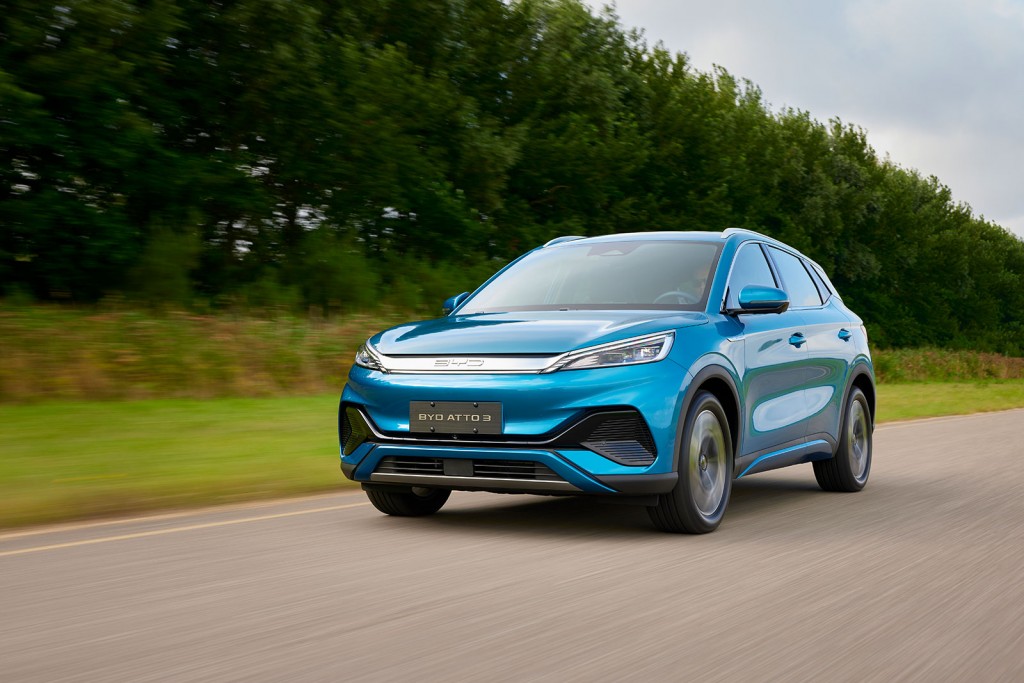 We love the Hyundai Ioniq 5. Like, we really love it – enough to name it our Best Electric Car in the 2022 Move Electric Awards. So we’re very intrigued to see what happens when Hyundai’s N division gives the SUV a performance makeover.

The omens are pretty good: we know that the Ioniq 5 N will be based on the same powertrain and battery technology as the closely related Kia EV6 GT. That means you can expect around 430kW and a 0-62mph time in the 3.5 second range.Yeah, that’ll do.

But Hyundai insists that the Ioniq 5 N is being developed for a very different brief, and will offer a very different take on performance from the EV6 GT. Given Hyundai N has a repotting for making some properly hardcore hot hatches, that sounds very intriguing indeed. 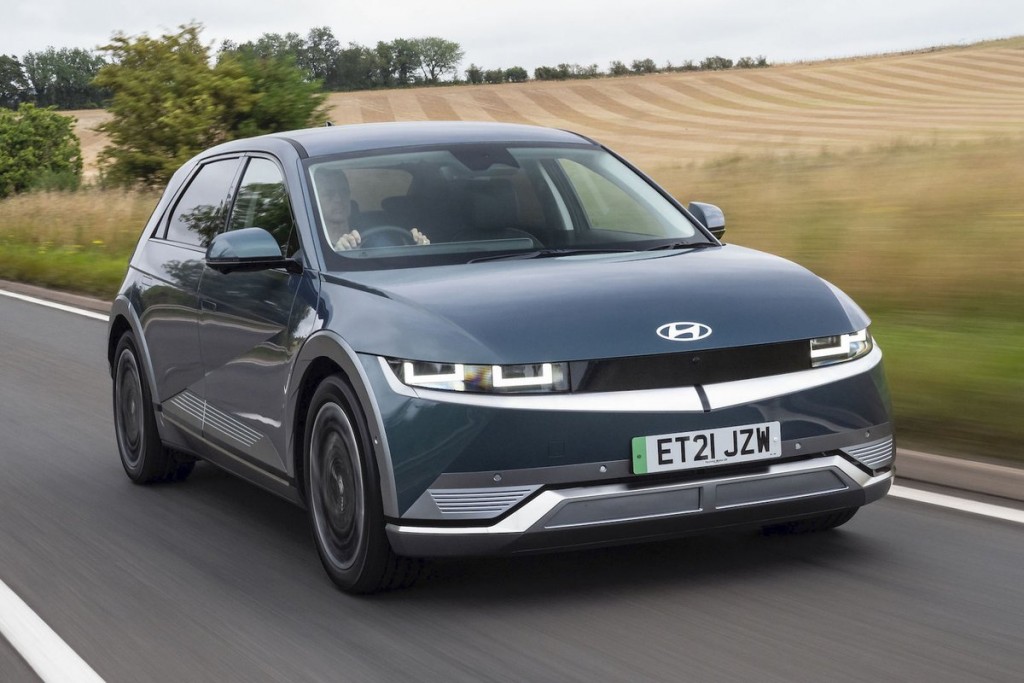 The first bespoke electric Lexus, the RZ 450e is a premium electric SUV that’s closely related to the Toyota bZ4X – but will launch with a more potent powertrain. It will also be available with a steer-by-wire system that features a steering yoke in place of a wheel.

We had an exclusive close-up look at the RZ 450e earlier this year, and also had the chance to briefly try out that steer-by-wire system. It certainly had potential, but we’ll be intrigued to find out how well it translates to the real world.

The Kia EV9 is a big deal. Physically big, that is. In fact, it’s so big it was a bit of a surprise when the firm confirmed it would be offered in Europe. This is the sort of big SUV that’s designed for the American market (it’s a similar size to the combustion-engined Kia Telluride), but the insatiable demand among UK buyers for premium SUVs has convinced the firm there is plenty of demand in the UK.

The new machine certainly showcases a bold styling direction for Kia, based on what we’ve seen from the concept version and test models. It’s got excellent underpinnings, too: the Hyundai Motor Group’s E-GMP platform that underpins the Kia EV6, Hyundai Ioniq 5 and Genesis GV60.

The EV9 will be a seven-seater, too, putting it into competition with the likes of the Mercedes-Benz EQB and Volkswagen ID Buzz. 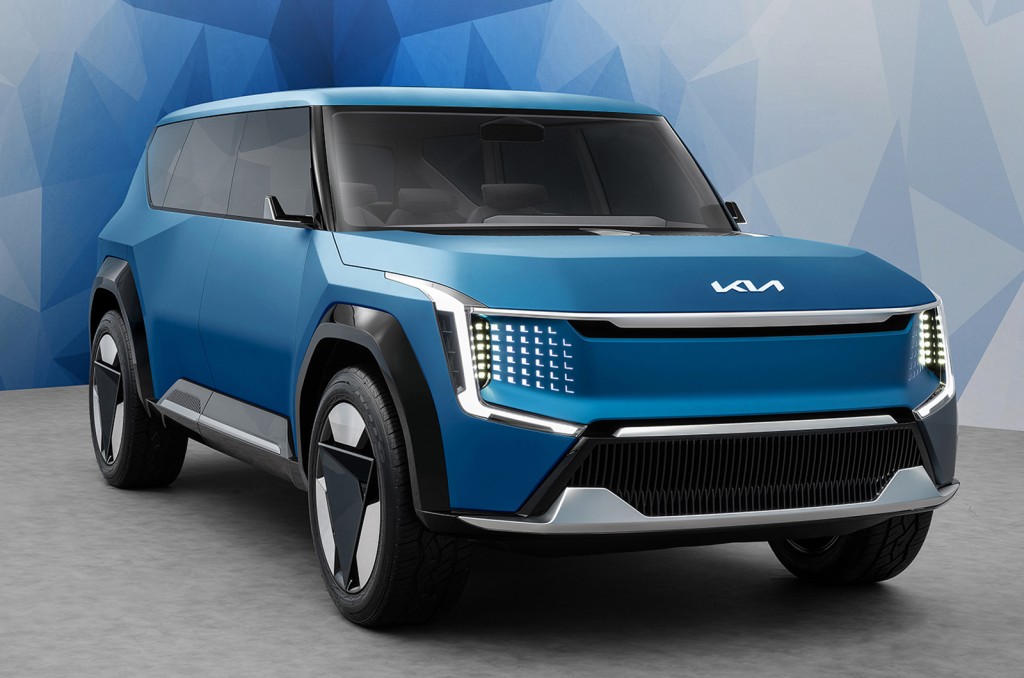 The current Mini Electric has plenty going for it, including that retro design and strong handling – but it’s held back by a limited range and a higher price than some rivals. But those shortcomings could be addressed with arrival of a whole new generation model in 2023.

While the Mini hatch will still be offered with a choice of ICE and EV powertrains, the two versions will use different platforms: so the electric model won’t have to compromise. And Mini is determined for it to be convincing, given that this will mark the start of a major expansion of the BMW-owned British brand’s electric line-up.

Early suggestions are positive: it’s still got the classic Mini design, with a real focus on keeping it the size down while the interior has been reworked with some smart new tech. It might be a small car, but the Mini Electric will be a big deal in 2023. 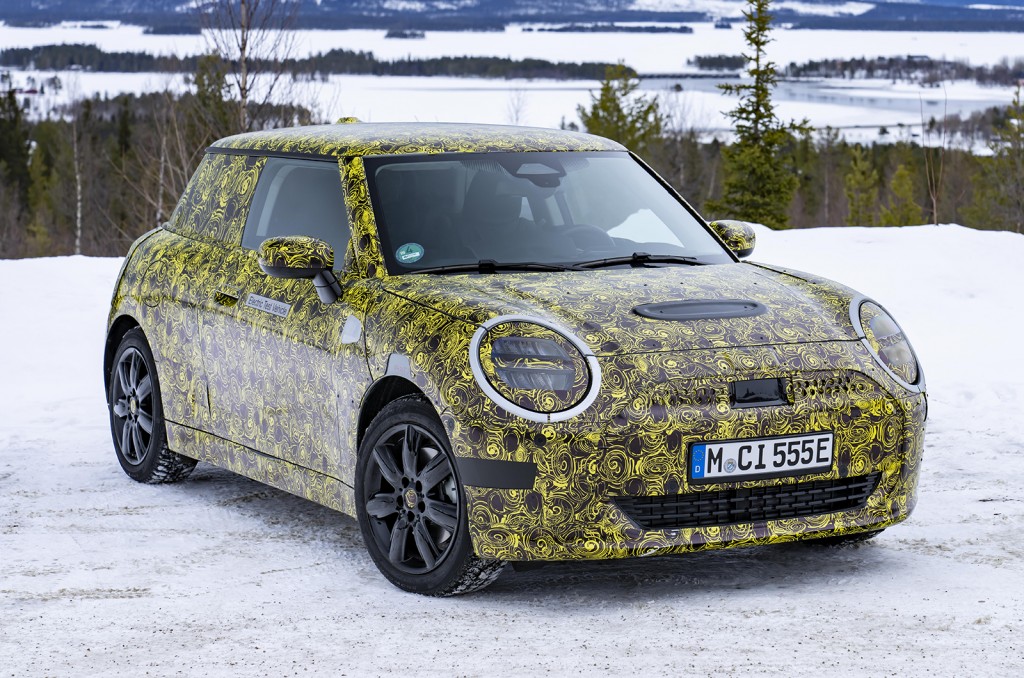 The Vauxhall Astra has been one of the UK’s most popular cars since it was launched back in 1980, so the arrival of an electric version for the first time is a big deal. Using the same platform as the ICE versions of the new version that have already launched, the Vauxhall Astra Electric will be offered in both hatch and estate guises, and with Vauxhall’s latest sharp design.

Both body styles will feature a powertrain that offers 114kW and 199lb ft, along with a 54kWh battery that will give a range of up to 258 miles. The machine is based on parent firm Stellantis’s EMP2 platform, which also underpins the closely related Peugeot e-308 that will also arrive this year.

The Volkswagen ID Aero is effectively the German firm’s answer to the Tesla Model 3. So no pressure then. Volkswagen’s first electric saloon for the European market takes the form of a low-slung model that, as the name of the concept suggests, has been designed with a focus on aerodynamic efficiency.

That means that it will offer a range of close to 400 miles if you opt for the bigger 77kWh battery. Expect a range of single- and twin-motor powertrain options too, as you’ll find with other models using the VW Group’s MEB platform.

Oh, and while ID Aero was the development name for the model, expect it to be given a number to bring it in line with the bulk of the ID range (such as the ID 3, which will receive a major facelift this year). The ID 6 or ID 7 sounds about right. 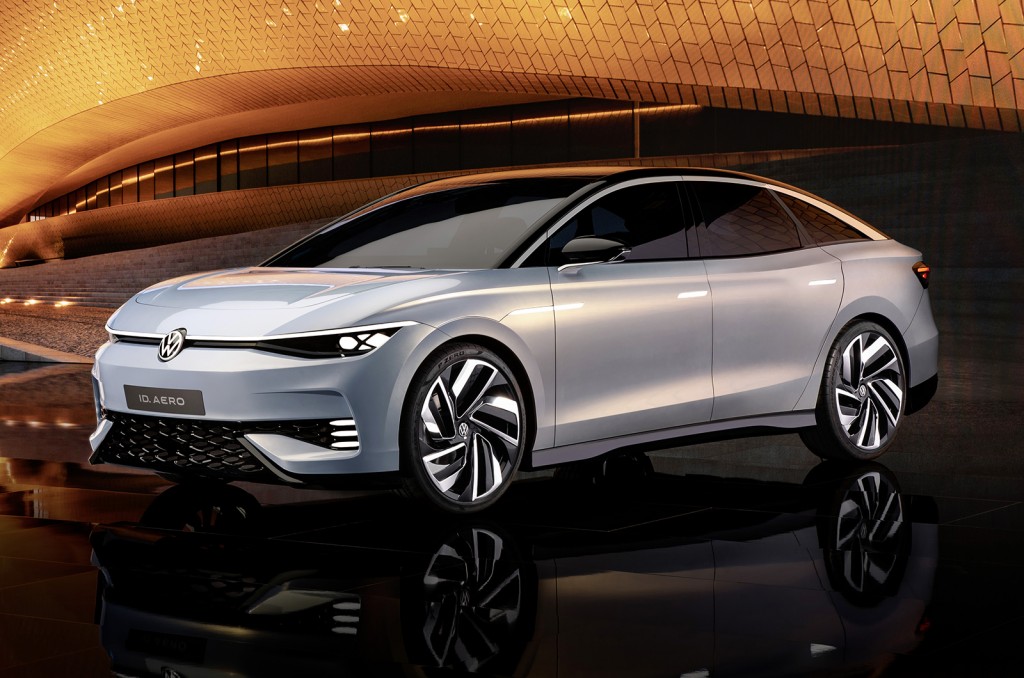 Volvo revealed the advanced EX90 near the end of 2022, but that large SUV is set to be beaten to dealerships by a smaller crossover that hasn’t even been revealed yet. In fact, Volvo has so far shown a single teaser of the model, and hasn’t even confirmed the name: we’re guessing EX30 because it’s expected to be slightly smaller than the XC40 Recharge.

Whatever it’s called, the compact crossover will use an adapted version of Volvo parent Geely’s advanced SEA architecture, which will allow for single and twin-motor versions. Volvo has also said it will be designed with a focus on urban usage and a younger audience. 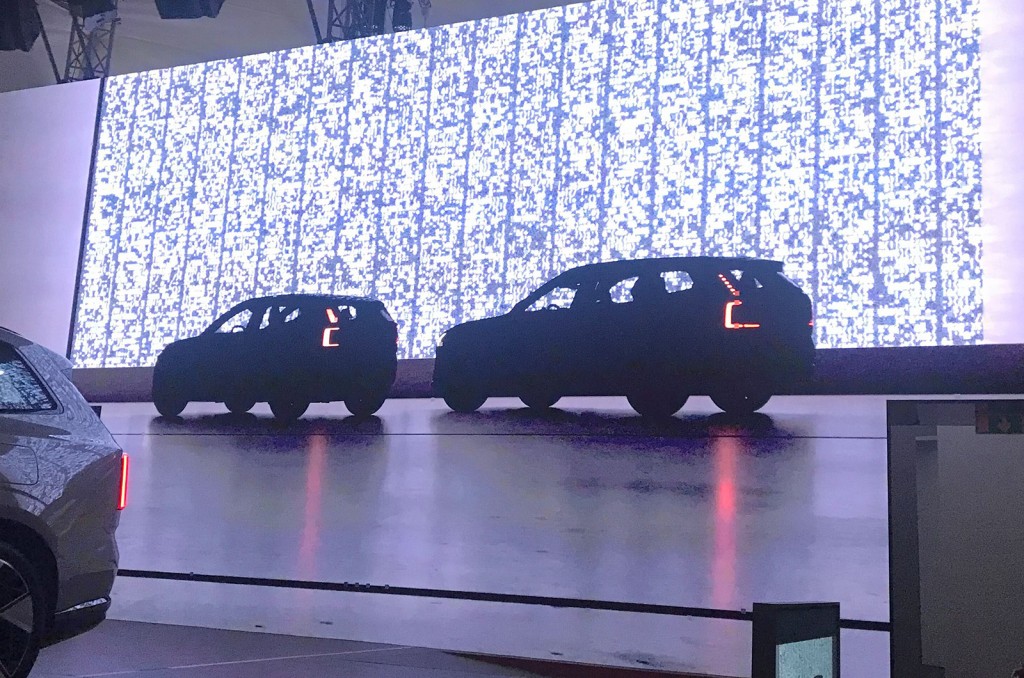