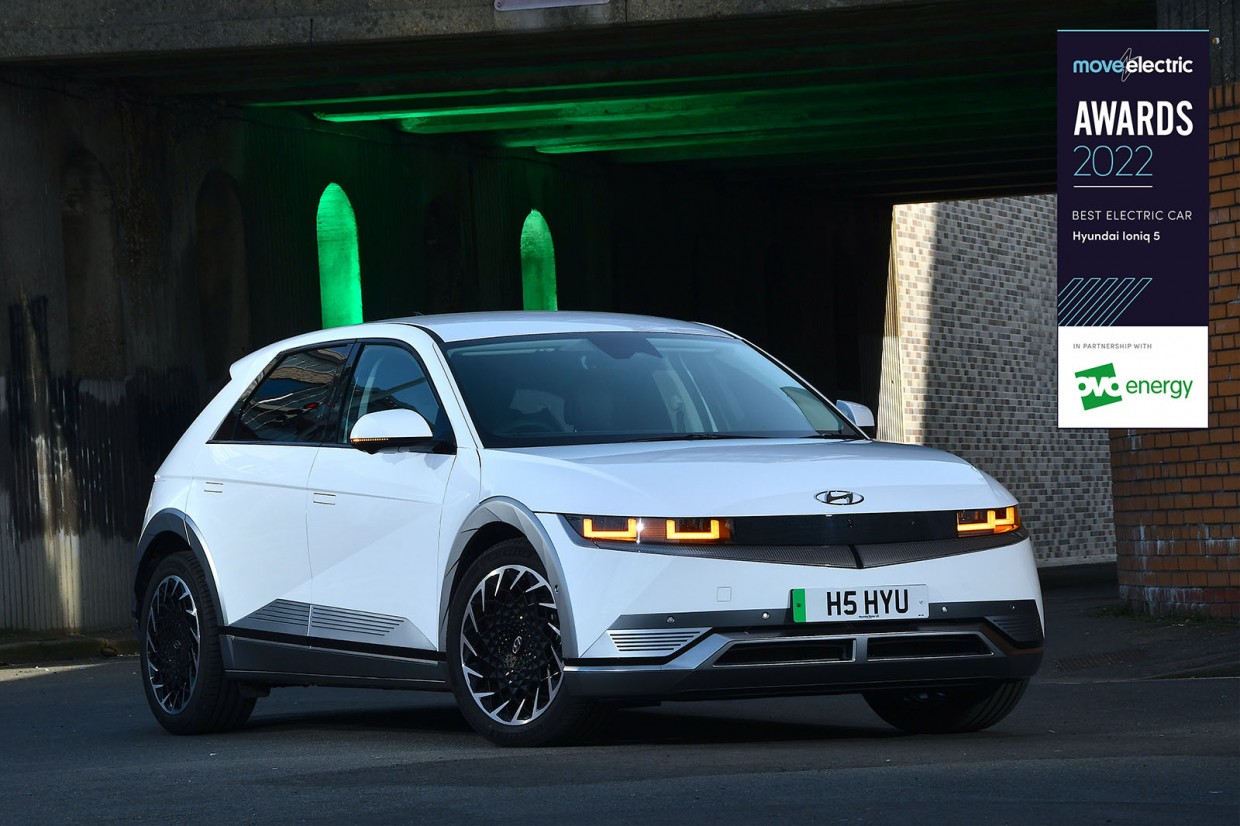 In automotive history there are a small number of cars that have completely reinvented the way the brand that produced them is perceived. We’re talking machines like the first-gen Volkswagen Golf and the Fiat 500 revival; cars that single-handedly shift a firm’s fortunes.

The Hyundai Ioniq 5 could go down in history as another. Hyundai has produced some great cars in recent years, including some excellent electric machines, but in design, performance, technology and ambition the Ioniq 5 feels like a ground-up reinvention of what a Hyundai can be.

Just as importantly, it’s also an incredibly good electric car, one that is among the most advanced currently on the market. It’s for both those reasons that the Hyundai Ioniq 5 is a very deserving winner of the Best Electric Car Awards in the Move Electric Awards 2022 in partnership with OVO Energy.

You only have to glance at the Ioniq 5 to see the radical design reinvention. Hyundai’s design has come on a long way from when it first really gained prominence in the UK with the success of the i10 city car as a ‘scrappage special’ favourite in the early 2010s, but the Ioniq 5 basically rips everything up and starts again.

It’s entirely fresh, yet also retro. It’s a clean, modern design that feels very futuristic, yet is still recognisably a two-box hatchback in shape. Design elements such as the wheel arches, cubic eight-bit LED headlights and ‘Z’ flash on the car’s side are the sort of things that you see on concept cars, but are usually quietly ditched before the production version. Not here. 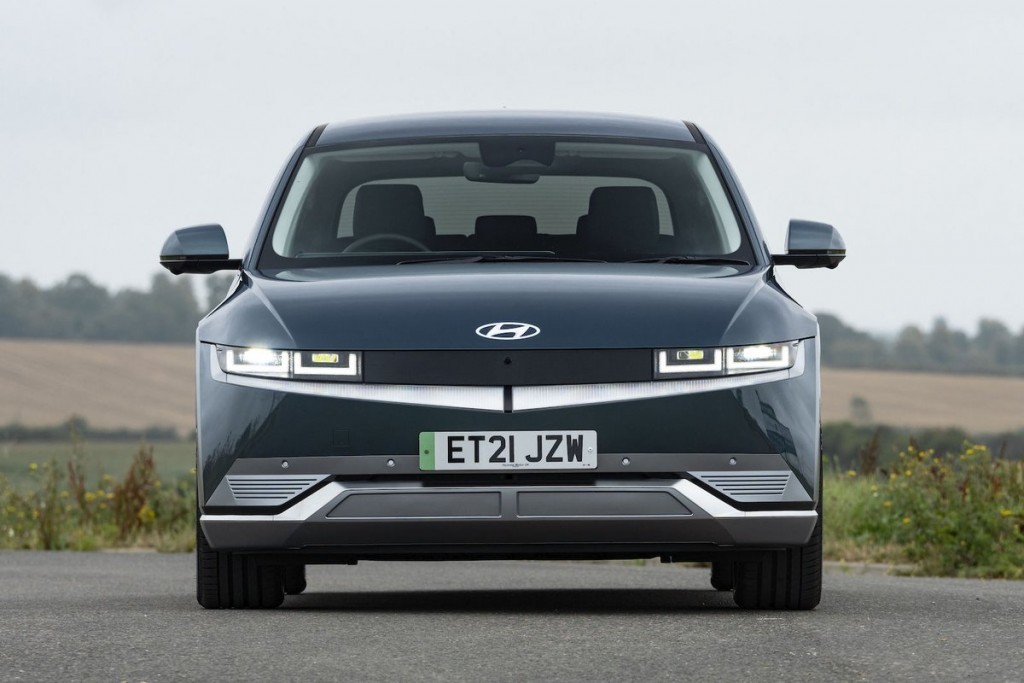 And the truth is that you won’t be able to simply glance at the Ioniq 5, but this is the sort of car that stops you in your tracks and requires a long look. That’s for two reasons: first to check that, yes, this really is a Hyundai. And then to try and square that hatchback design – the obvious Lancia Delta comparison still holds – with the fact that the Ioniq 5 is really a large, high-riding SUV.

At 4635mm long, the Ioniq 5 is only marginally shorter than the Santa Fe, the biggest SUV Hyundai sells in the UK. And with plenty of interior space, that makes it perfectly sized for family transport.

But the real key to the Ioniq 5 isn’t in its styling, but the technology that underpins it. It was the first model built on the Hyundai Motor Group’s advanced E-GMP bespoke electric architecture. How good is that platform? Well, the Kia EV6 from Hyundai’s sister firm is the other car currently on sale that uses it, and was the Ioniq 5’s closest rival for our award.

There was the proverbial gnat’s crotchet separating them, and a decision between the two largely depends on what you’re looking for in a vehicle: the EV6 is the slightly sharper steer, the Ioniq 5 a slightly softer ride.

So what does the Ioniq 5 offer? It’s offered with a choice of 58kWh and 73kWh batteries, and with single-motor rear-drive or twin-motor all-wheel-drive powertrains. Prices start from £37,600 for the smaller battery, and £42,451 for the larger unit.

The Ioniq 5 has an official range between 240 and 300 miles, and from our experience is capable of getting close to those figures. Power outputs range from 125kW to 224kW, and that power is easily accessible. Progress is swift, and even though some EVs might be better to drive or ride slightly better, the all-round strength of the Ioniq 5’s package makes it a compelling choice. 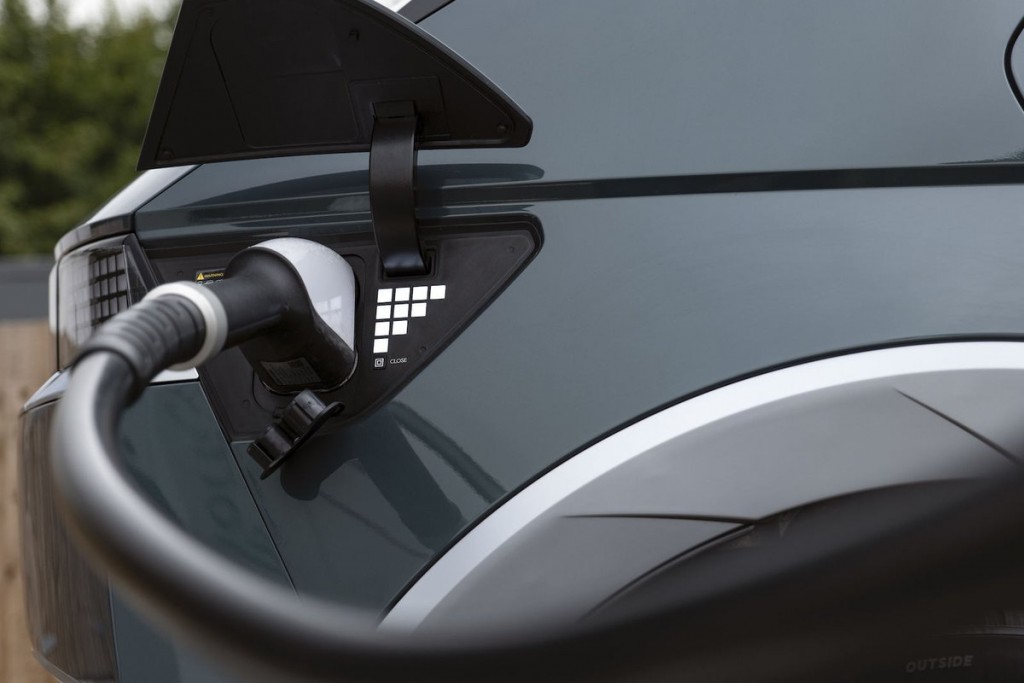 When you sit inside the Ioniq 5, the benefit of the flat E-GMP platform is clear. We’re used to electric ‘skateboard’ chassis offering greater interior space, but Hyundai has done a superb job at making the machine feel particularly open and expansive. But there’s style and practicality too: the dashboard mixes digital screens with a pleasing amount of physical controls. Much like the exterior, you occasionally have to pinch yourself that this is a Hyundai.

The other major strength of E-GMP is that the platform allows for charging at speeds of up to 220kW, good for a 10-80% charge in 17 minutes. Of course, the only problem is that you’ll be hard-pressed to find many chargers in the UK that allow for charging at those speeds right now. But that brings us back to the Ioniq 5’s major strength: it feels like it’s a car that’s ready for the future – but it’s here, now and an excellent option in 2022.

And it also feels like an exciting sign of things to come from Hyundai, especially with more Ioniq-branded EVs on the E-GMP platform coming soon. They have a hard act to follow – but the Ioniq 5 is evidence of just what Hyundai is now capable of.