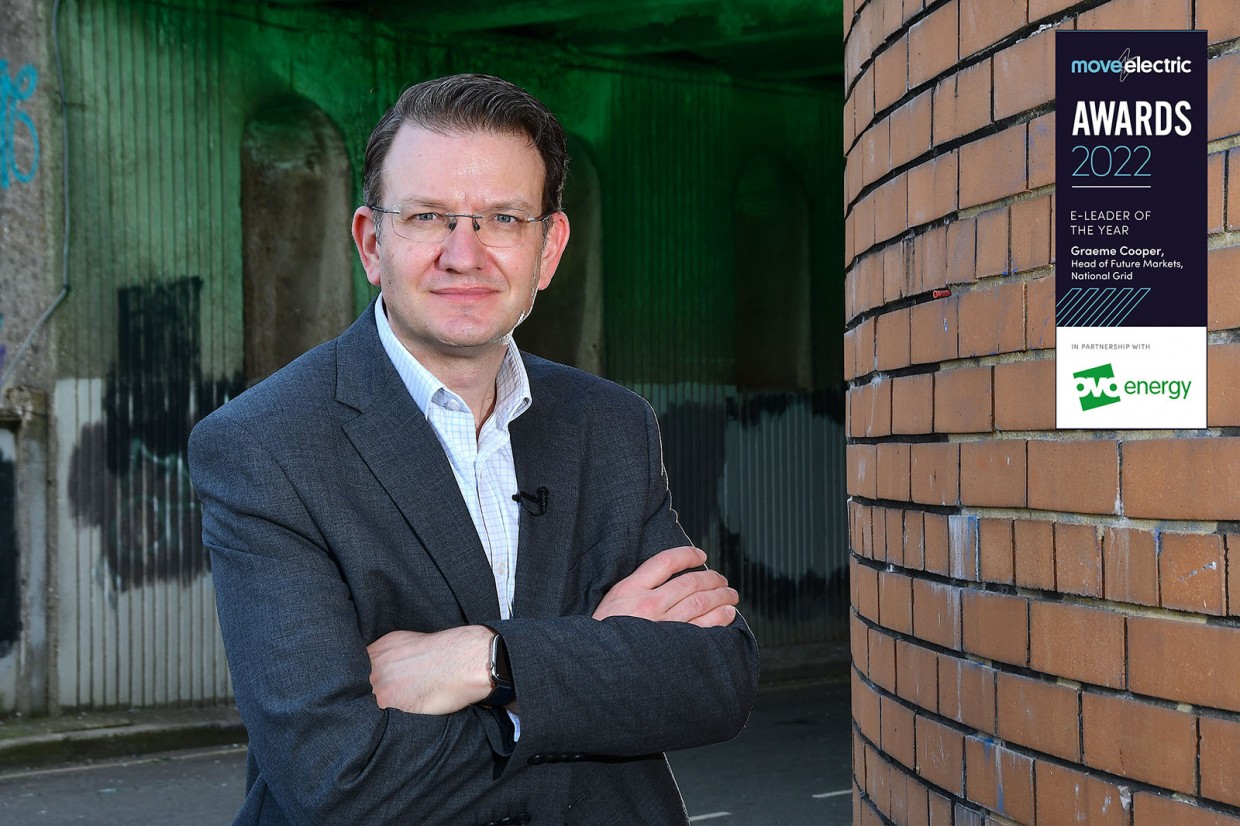 Graeme Cooper, the head of future markets at the National Grid, was somewhat surprised to be told that he’d been named our E-Leader of the Year in the Move Electric Awards 2022 in partnership with OVO Energy. And that’s perhaps because, if Cooper is doing his job properly, you shouldn’t really notice what he’s doing at all.

That’s because of what the National Grid does – or to be specific – doesn’t do. “We don’t make power, we don’t buy power and we don’t sell power,” says Cooper. “What we do is move power from where it’s made to where it’s consumed. We’re the roads of the energy system.” 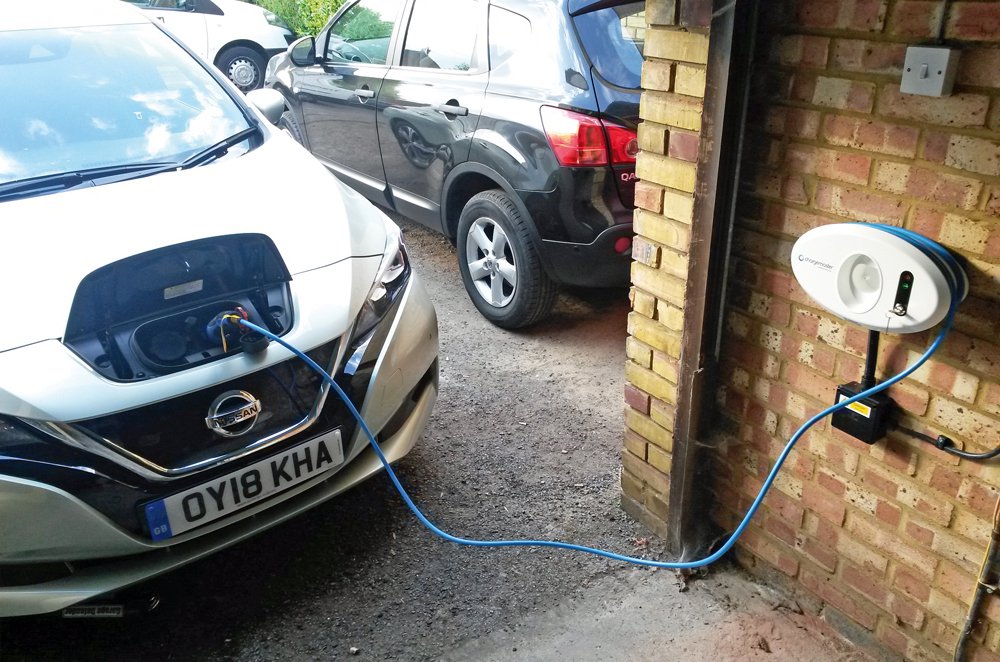 National Grid plc is responsible for the power networks in England and Wales, and the transmission system operator in Scotland. And, as the firm’s head of future markets, it’s Cooper’s role to prepare the system for the future. Which means changes to what happens at both ends of the wires that Cooper and his team are responsible for.

“At one end the energy system is getting cleaner and greener – more wind, more nuclear, interconnections with other countries – which means the primary power can be clean, so with smart charging the cleanest electrons go into electric cars at the other end.” 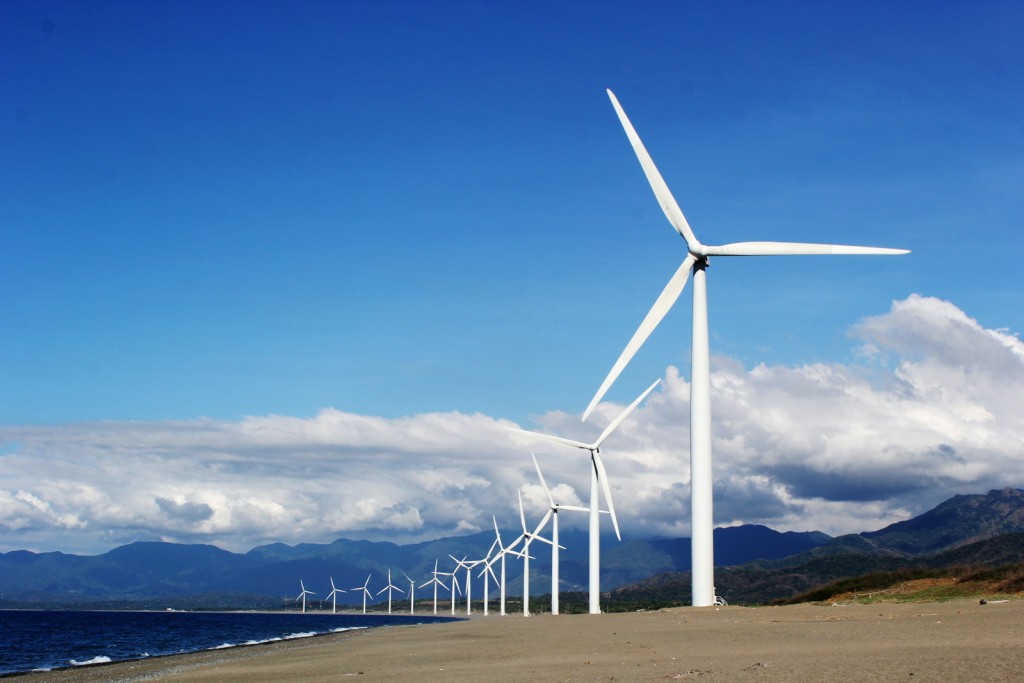 Cooper’s role isn’t strictly focused on electric cars. As he puts it, the National Grid is technology agnostic: whether you want electricity to put into a car battery or to use in the generation of hydrogen to power a fuel cell, it’s Cooper’s job to make sure it’s there when you need it.

Undoubtedly, though, with the UK government set to ban the sale of virtually all non-zero emission vehicles by 2030, EVs are going to be an increasingly large consumer of electric power.

And there’s plenty of hyperbole about them: you don’t have to go far on social media to find someone who’ll tell you the grid simply couldn’t cope if everyone switched to EVs. Not so, according to Cooper: “If everyone made the switch to an EV, the National Grid would still cope,” he says. “There will definitely be enough energy.”

While an engineer by background Cooper is also an incredibly eloquent spokesperson, who spends much of his time busting myths about the grid’s preparedness for both the switch to greener energy with a higher mix of renewables and electric cars. 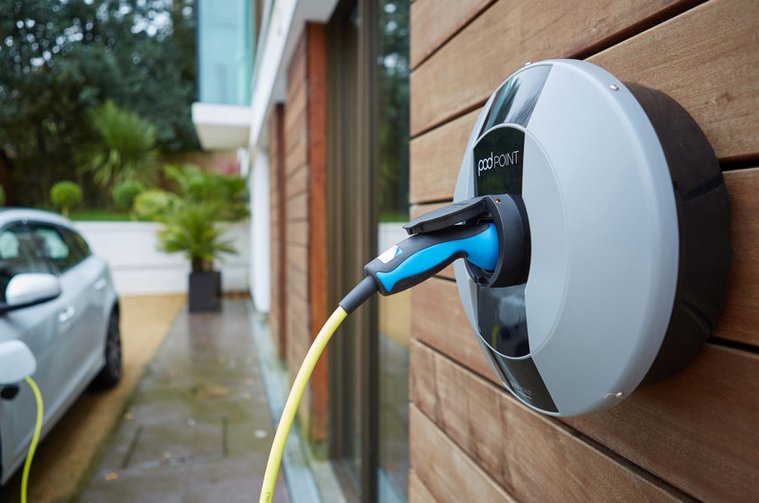 For example: will mass EV uptake lead to more frequent blackouts? “Because we are a monopoly we work to a standard that’s administered by [regulator] Ofgem, the regulator, and we live up to a 99.99987% reliability; that’s seven seconds a year. When we look forward to what’s coming – more EVs, more electrification of heat – yes, the grid and the energy market will change. But this is a managed transition that doesn’t happen overnight. So we plan for it, we watch for it. The uptake we’re seeing in electric cars now isn’t a surprise.”

Cooper also knows first-hand that switching to an EV leads to a complete change in mindset: while he’s an avowed car fan, having owned various Lotus and Land Rovers, he currently drivers an electric Mercedes-Benz EQC, so he really understands the transition that he’s helping to enable.

Besides, electric cars are just one of the many changes that Cooper is overseeing to the National Grid. “Everything is moving,” he says. “It’s not just cars: it’s the way we heat our homes, the way we make steel, concrete and glass, all these thing are changing.

“Everything in my world is changing, not just cars. What’s nice about the journey for cars are the products here. What we learn with cars will make it easier to clean other areas and industries.”

Move Electric will have a more in-depth interview with Graeme Cooper on the transition to electric vehicles soon.