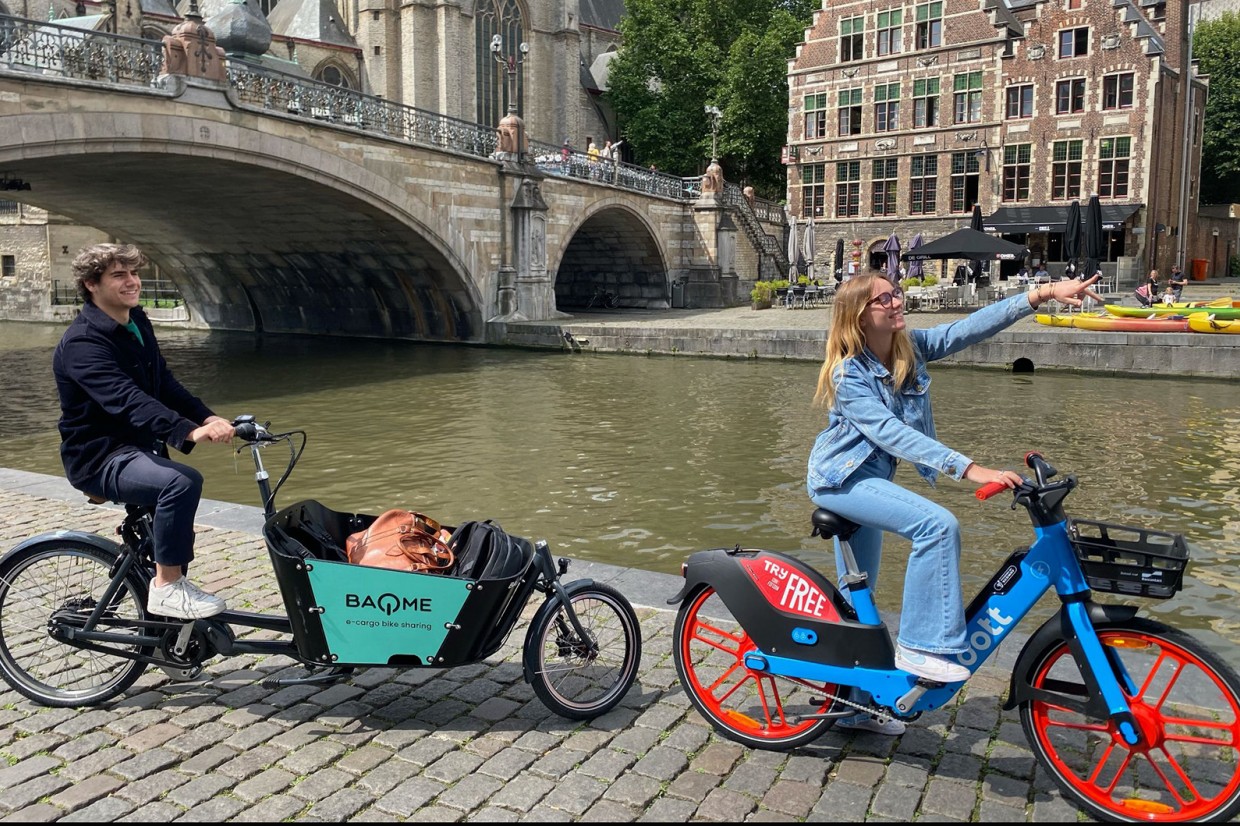 Leading micromobility firm Dott, which runs rental e-scooters and e-bikes in London, has teamed up with Dutch firm Baqme to help expand provision of rental e-cargo bikes in the Belgian city of Ghent.

Dott is one of three firms that secured a tender to operate rental e-bike schemes in Ghent, and will shortly began to deploy the first 200 machines in the city centre. But Dott has also agreed a deal to effectively give part of its bike allocation to rental e-cargo specialist Baqme.

While Dott will expand to offer 600 rental e-bikes within the first month, Baqme will introduce a fleet of 100 cargo e-bikes this summer. The two firms says the partnership will help to lower barriers to usage, and allow more diverse riders to use the rental e-bikes.

Joram Van Bouwel, Dott’s area manager for the Flanders Region, said that Ghent was “leading the way in making sustainable transportation accessible for all”.

Baqme currently operated fleets in Rotterdam and The Hague, but this will be its first outside The Netherlands. Company co-funder Berenice van Gessel added: “With a shared vision of a world where cities are designed for people, not cars, Baqme found a natural partner in Dott for the launch of our first service outside of the Netherlands.

The partnership is initially only for operations in Ghent, although it is possible that the firms could expand a similar programme elsewhere.

A spokesperson for Dott’s UK operation told Move Electric that the firm was focused on making its existing e-bike and e-scooter rental schemes in London a success at the moment, but added that “we are always open to new opportunities and will continue to monitor the market to ensure that the service we offer reflects the demand.”