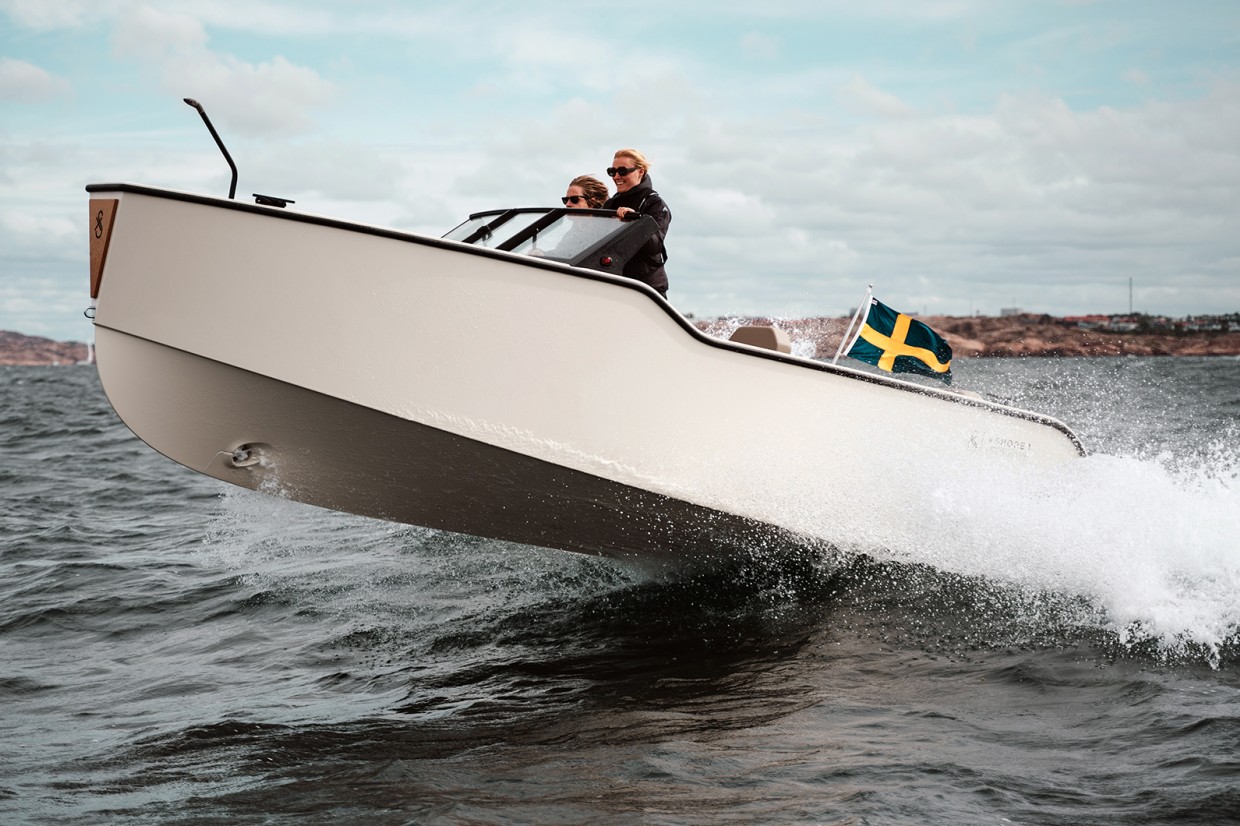 Swedish all-electric boat firm X Shore has revealed a smaller, more ‘affordable’ machine – with a plan to rapidly ramp up production ahead of its launch in 2023.

Despite the comparatively low price, X Shore claims the new machine doesn’t compromise “on performance or operational capabilities”. It will be built at the firm’s base in Nyköping, Sweden, and X Shore has plans to “massively” ramp up production capacity, so that it can eventually produce two craft a day. 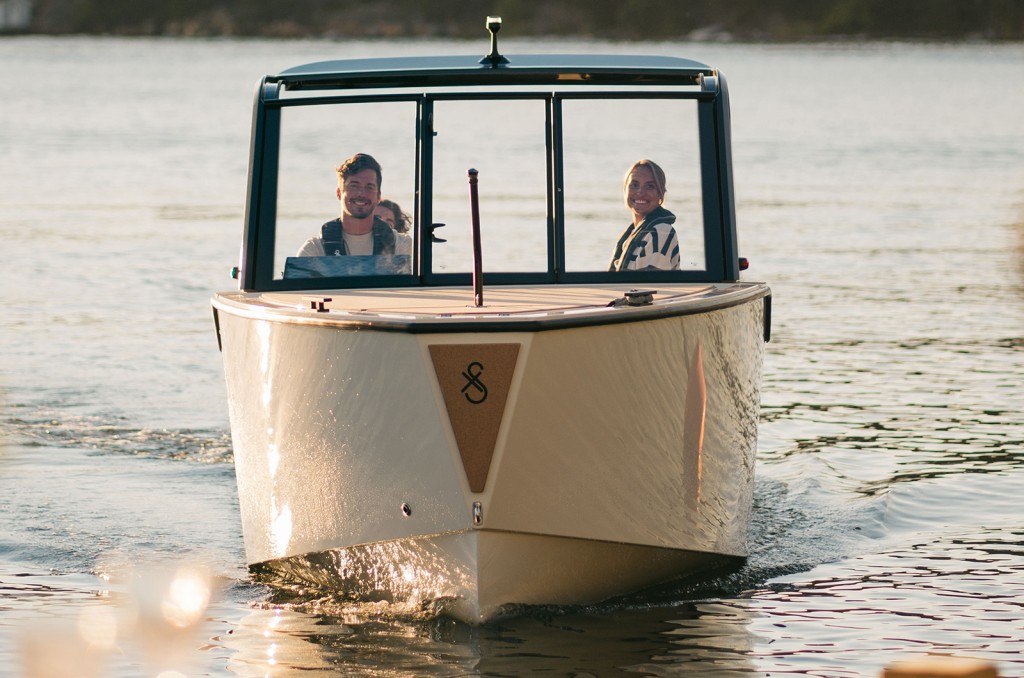 X Shore claims that the goal of the new boat is to help accelerate the transformation of the boat industry to electric power. The firm claims that in 50 hours on the water a common six to 10-metre high-performance combustion engine boat will produce emissions that compare to around seven round air trips between the USA and Europe.

Company boss Jenny Keisu said: “The X Shore 1 enters the market at a remarkably low price point, as we must make electric boating competitive with fossil-fuel boats to speed up the transition. Just as importantly, by launching the X Shore 1, X Shore is hoping to encourage a new generation of boat owners, and show them that electric boating is not just the future, but the present.” 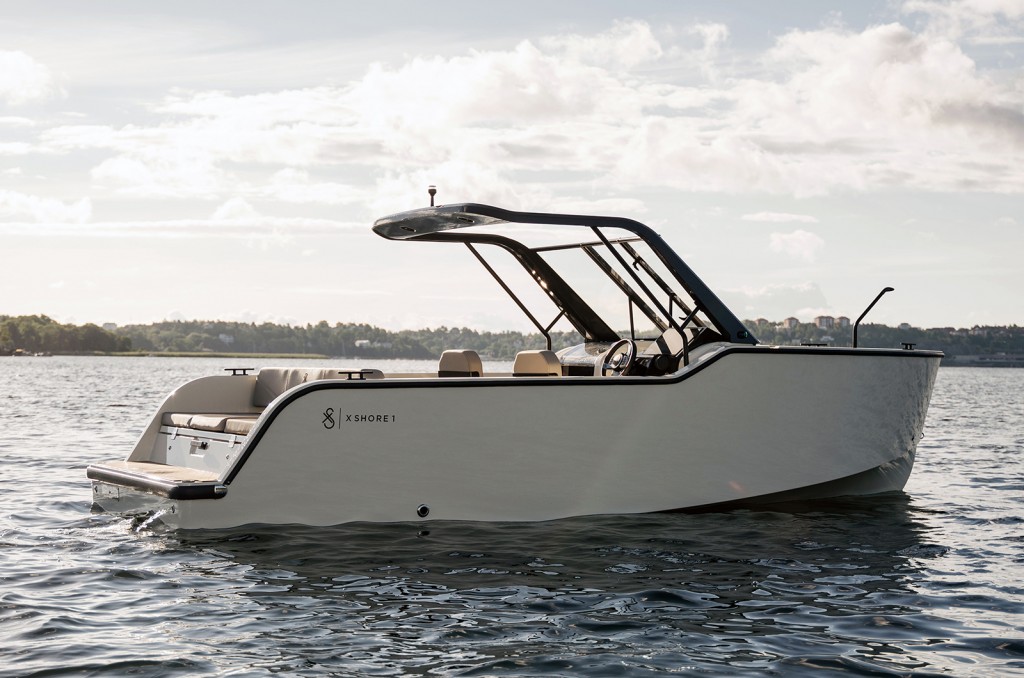 The X Shore 1 will be offered in Open and roofed Top configurations, and with three trim levels. It’s powered by a 125kW motor, with a cruising speed of 20 knots and a top speed of 30 knots (around 34 mph). Power comes from a 63kWh Kreisel-built battery pack, which gives a maximum range of around 50 nautical miles. It can be charged at speeds of up to 45kW, which allows for a 20-80 per cent charge in 50 minutes.

X Shore says that the new machine has been designed to offer similar performance to the larger Eelex 8000, which uses a 170kW motor. That boat feature a 126kWh battery, giving a range of around 100 nautical miles.

The X Shore 1 is 6.5metres long, with a beam of 2.23m and a depth of 0.65m. It weight 1.7 tonnes in Open form, and 1.77 in roofed Top version. X Shore says that the forward cabin offers room for four to sleep, with dedicated space for a cooler and a portably toilet. There’s also a large touchscreen to access the key boat controls. 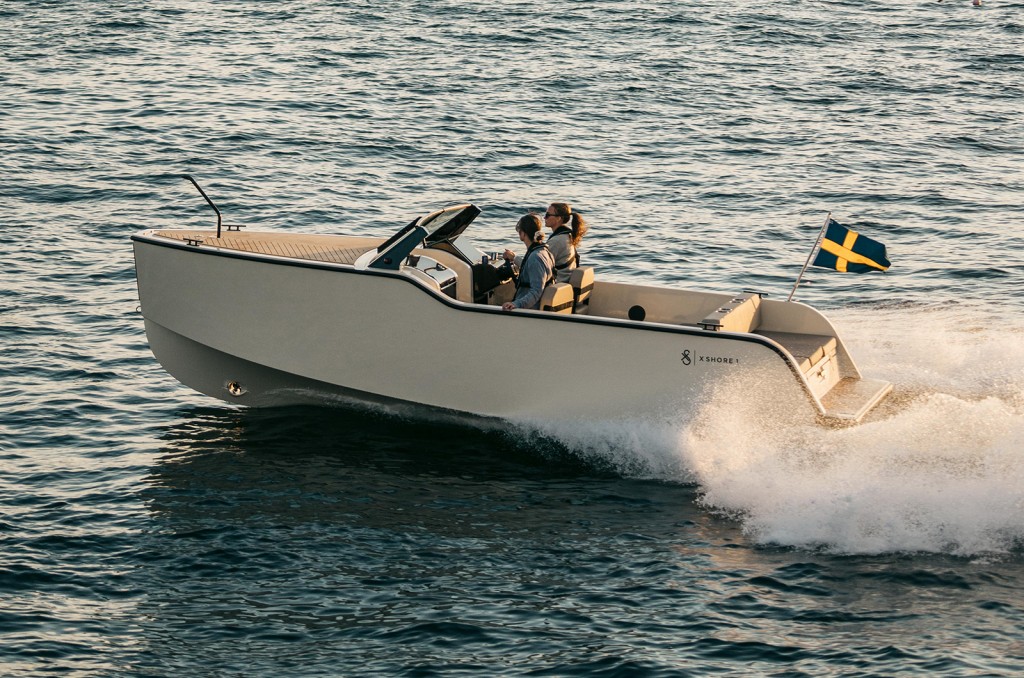 The boat has a range of features to help meet its brief as a day cruiser, including an open transom that comes with a built-in swimming platform, a large cork-covered front deck and navigation lights integrated into the bow rail. A mesh rail furniture is optional, and retractable sun awnings are also offered.

The X Shore 1’s shape has been honed to reduce resistance in the water and maximise efficiency. The firm also uses materials including glass fibre and carbon fibre which it says balance weight, performance and environmental impact.