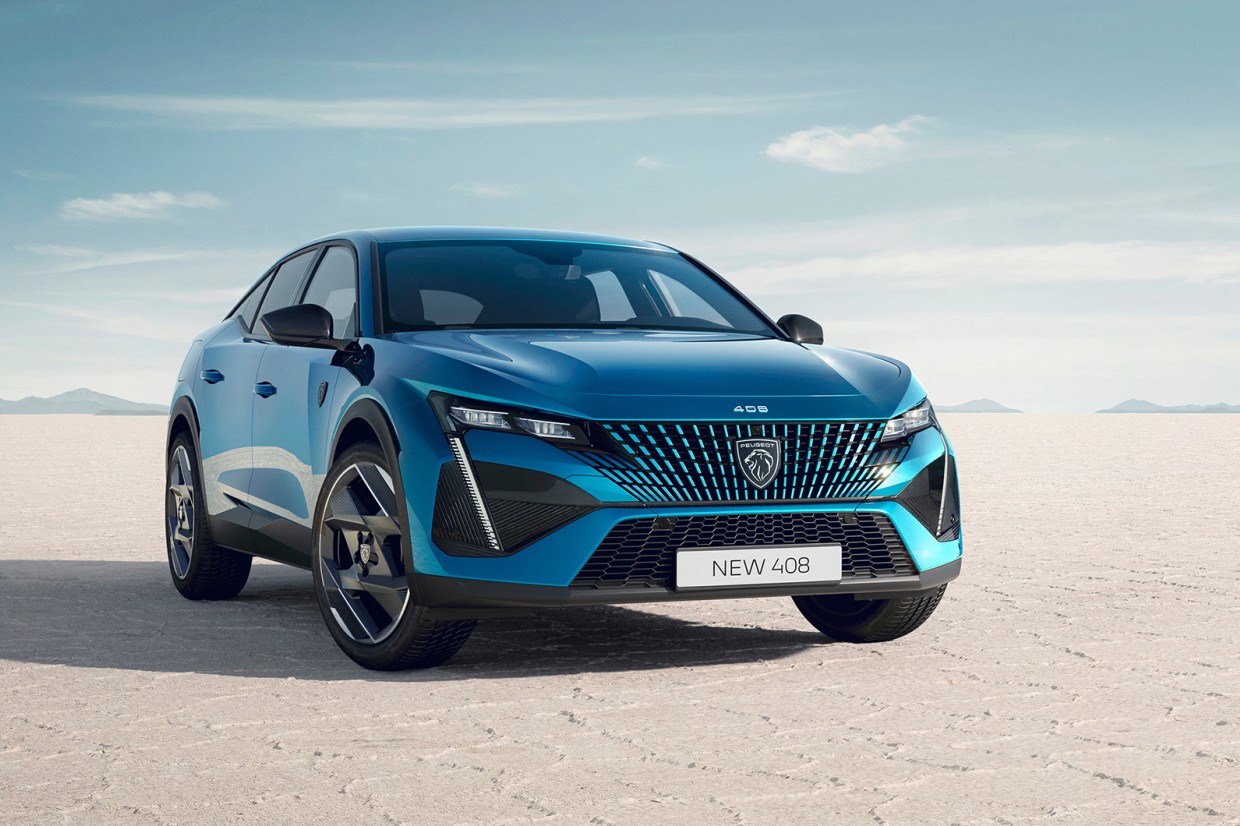 Say bonjour the the new Peugeot 408, the French firm’s latest model which is designed to blend the practicality of an SUV with the style of a fastback saloon – and which will be offered in full electric form. Eventually.

Let’s start with the bad news: while the 408 will go on sale at the start of next year in the UK with a fully electrified line-up, that will initially comprise a pair of plug-in hybrid powertrains. Peugeot has confirmed that an e-408 will follow, although it has yet to give technical specifications or a launch date. We’d expect it to arrive late next year or early in 2024. 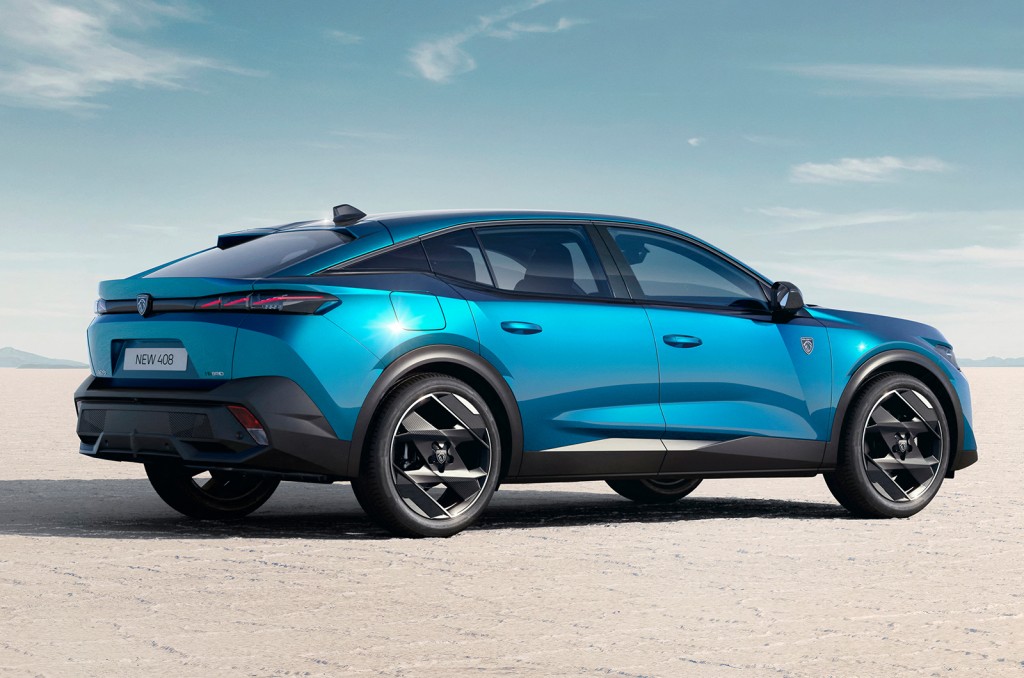 Still, even if you’ll have to imagine how the 408 will look in electric form, we figured it was worth highlighting because it’s an interesting new thing. While the number might suggest it’s a successor to the old 407 D-segment saloon (which went out of production in 2010), it’s actually aimed at the top of the C segment, where you’ll find machines such as the Volkswagen ID 4.

The new machine is built on the EMP2 V3 platform developed by Peugeot’s parent firm Stellantis – which also owns Citroen, DS, Fiat and others.

The 408 features Peugeot’s latest design language, with a revamped version of the firm’s front grille and dramatic tiger-claw LED lights. But the most notable thing is the car’s overall shape: while it sits high like an SUV, it features a dramatic fastback silhouette, with the roof sloping down behind the B-pillars. 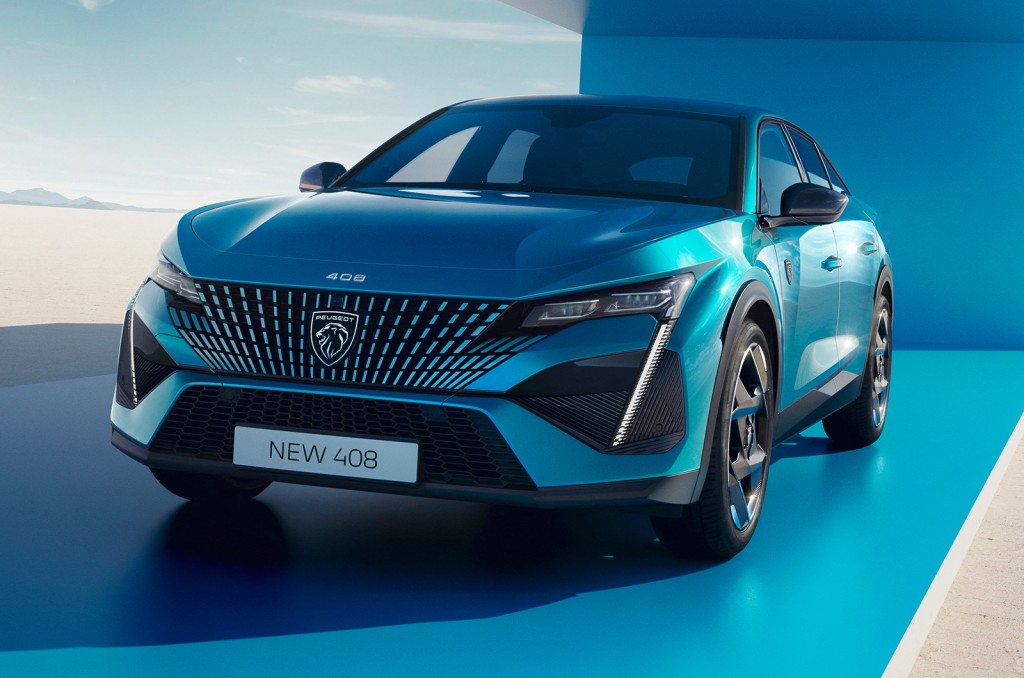 Basically, the 408 is designed to fill the gap in the family car market between the 308 and larger Peugeot 508. If you were wondering, Peugeot claims the machine “contributes to the energy transition, without sacrificing fun”.

The silhouette isn’t just intended for its style: Peugeot claims it has been done to improve the aerodynamics. Combined with the comparatively low weight (starting at 1396kg, although expect the BEV to be heavier), Peugeot claims this will help it to achieve ‘remarkably low average energy consumptions’. That’s been aided by two ‘car ears’ on the rear edge of the roof, which are intended to guide the airflow. 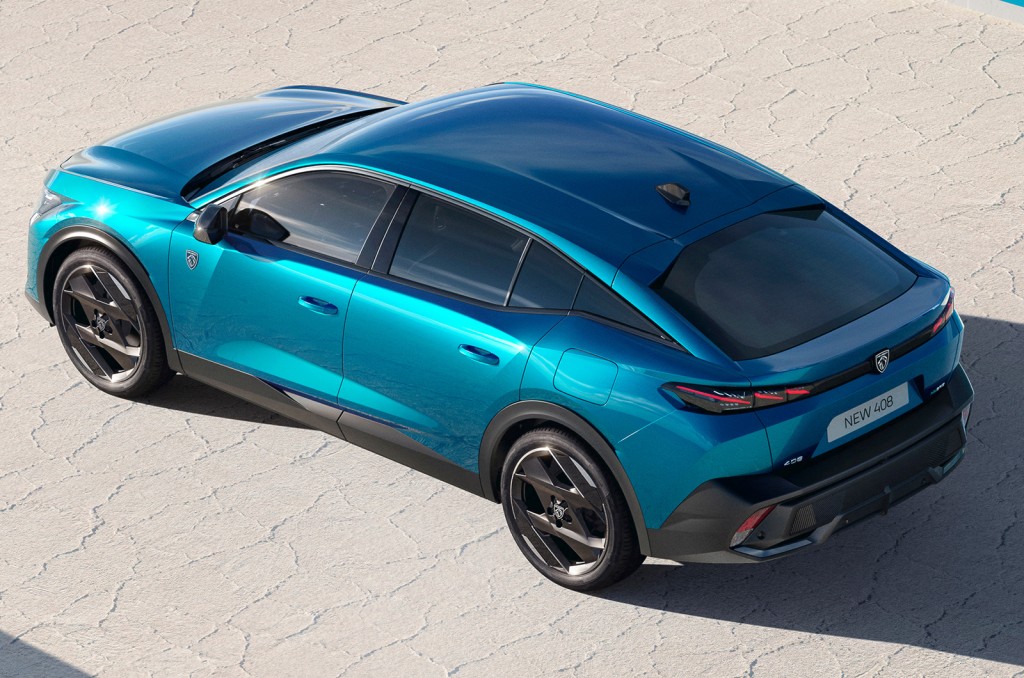 It sits on wheels ranging from 17in to 20in in size.

The interior of the 408 features the latest version of Peugeot’s i-Cockpit design, which uses a compact steering wheel and the main 10in digital driver display just below the windscreen. Higher-level trims will get a 3D-effect display. There’s also a central 10in touchscreen. 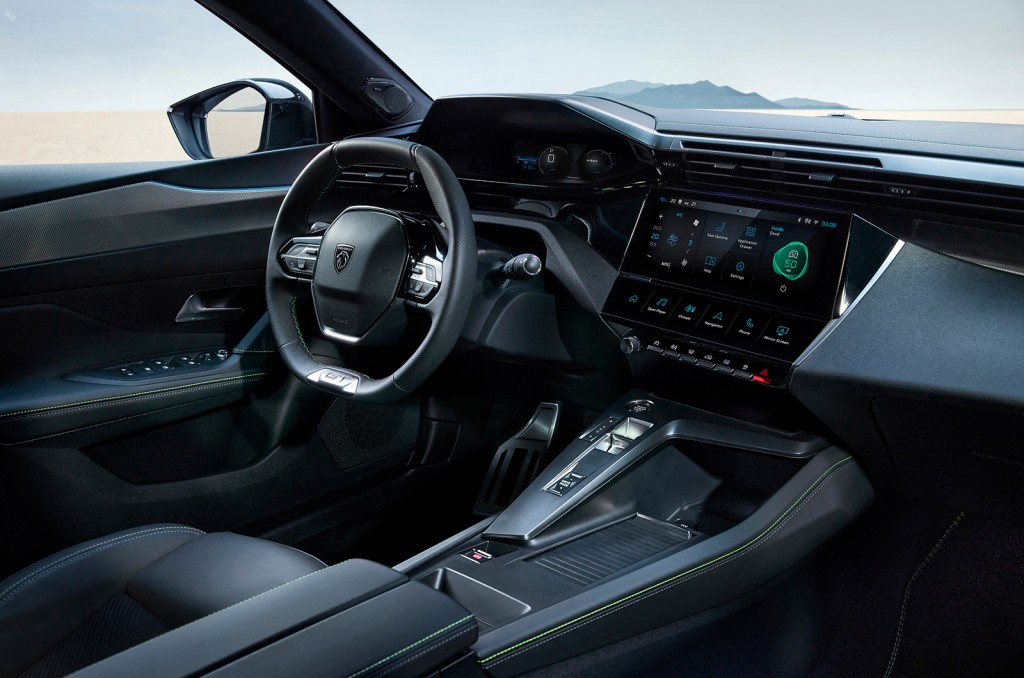