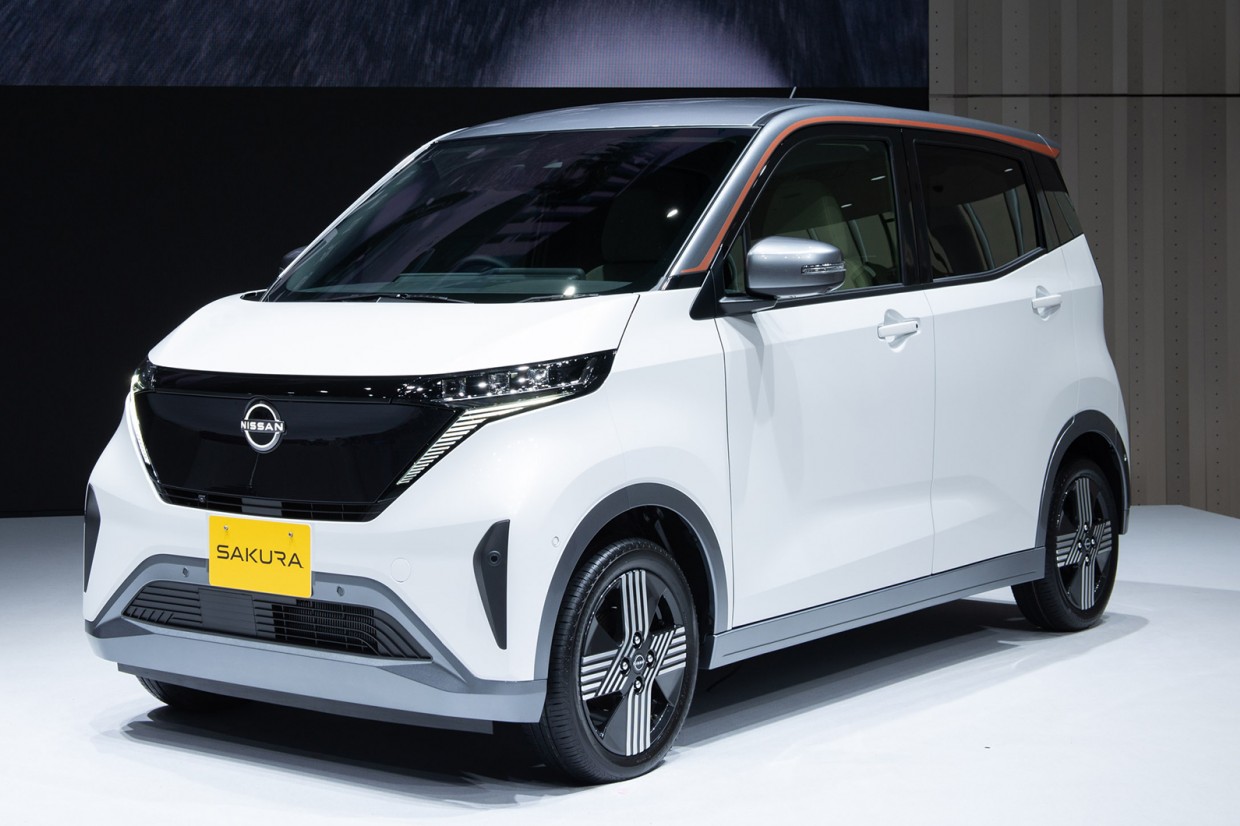 Nissan has unveiled its third bespoke electric vehicle: an ultra-cute city car named the Sakura, which will be produced alongside a Mitsubishi sibling model called the eK X EV.

Before you get too excited, both cars are built to Japan’s ‘kei car’ regulations for micro-sized machines and will only be offered for sale in that country. Which is a shame, because they offer an interesting prospect of urban electric mobility.

The Nissan Sakura is named after the Japanese cherry blossom, and follows the venerable Leaf and forthcoming Ariya SUV in the firm’s EV line-up. Meanwhile, the slightly less romantic eK X EV (pictured below) name given to Mitsubishi’s sister model is due to it being part of that firm’s eK line-up of EVs. And you’re supposed to pronounce it ‘cross EV’, apparently. 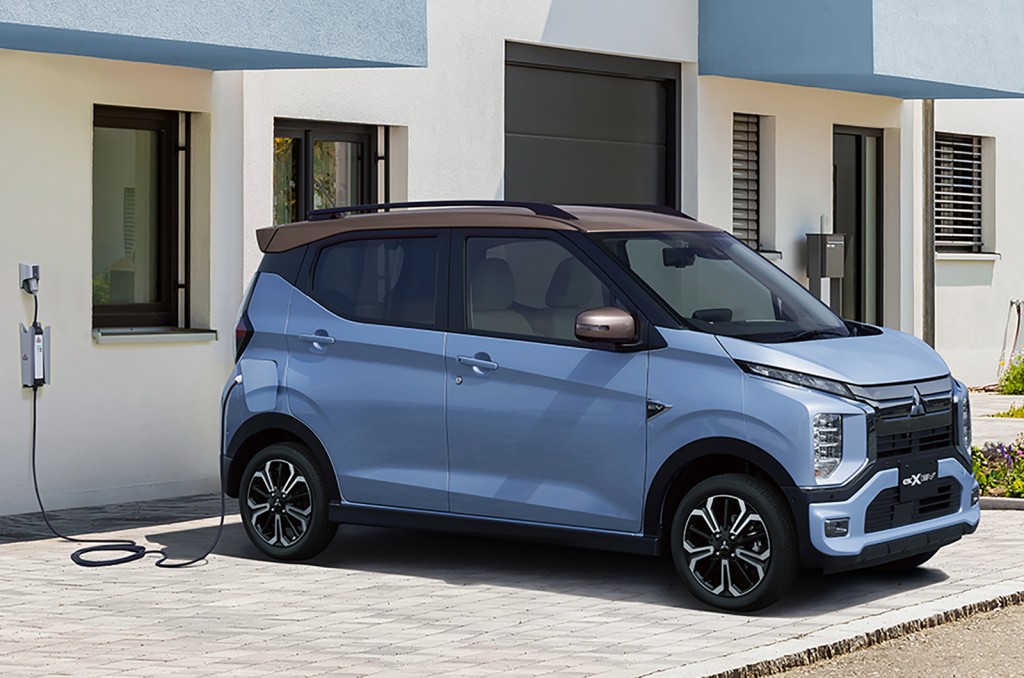 The two machines are part of the long-running partnership between the two Japanese companies within the Nissan-Renault-Mitsubishi Alliance.

Both machines feature a 47kW motor that offers 143lb ft of torque for a top speed of 80mph, with a 20kW battery giving an official range of 111 miles. Nissan says the lithium-ion battery is based on the one featured in the Leaf, but has been arranged with a new ’stacking’ design to maximise interior space. 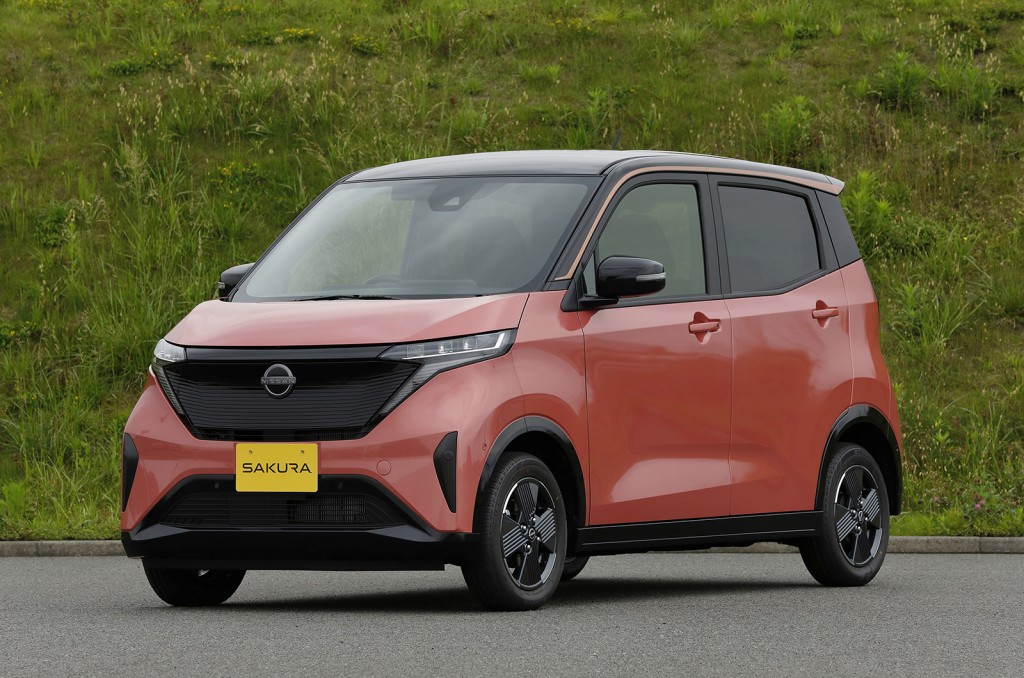 As with the Nissan Leaf, the Sakura and eK X EV drivetrain will offer an ePedal regenerative braking system, with three drive modes – Eco, Standard and Sport – available.

To fit the kei car class requirements, the machines have a really compact footprint: 3395mm long, 1475mm wide and 1655mm high, which basically puts it halfway between the Citroën Ami quadricycle and the Leaf hatch. 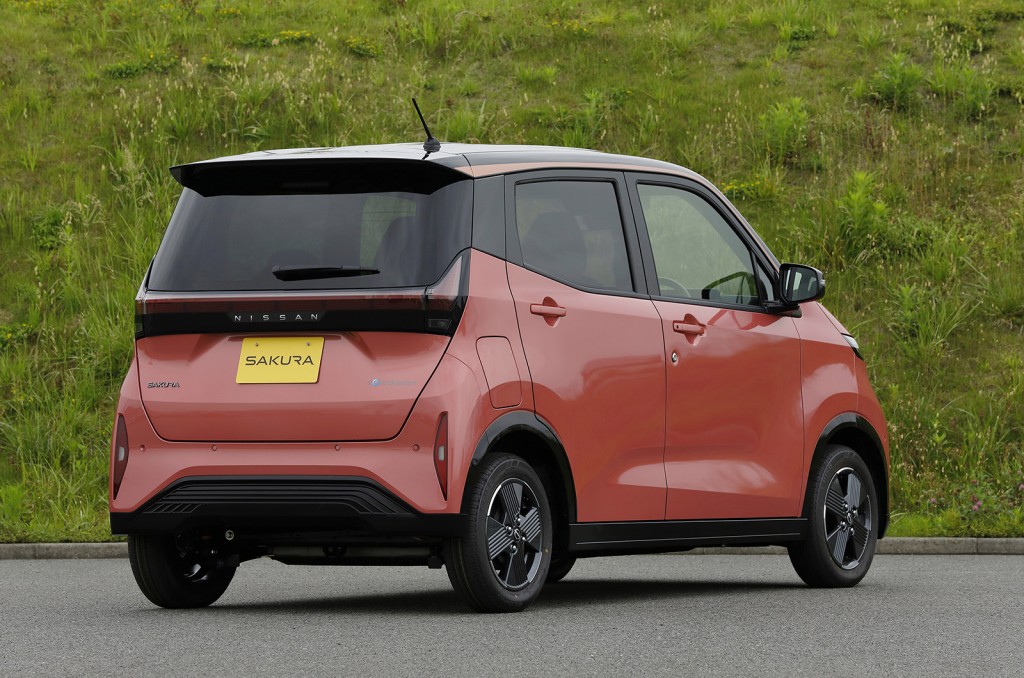 To meet its city brief, the machines are also designed to be nimble: Nissan claims a 4.8-metre turning radius, and there’s also the firm’s ProPilot driver assistance and parking assist systems.

The charging port is located at the rear of the car, and Nissan claims it can be charged from nearly empty to 80% in 40 minutes on a fast-charger.

Inside, there’s a seven-inch driver display and a nine-inch infotainment screen. Both machines can seat four and offer 107 litres of luggage capacity. 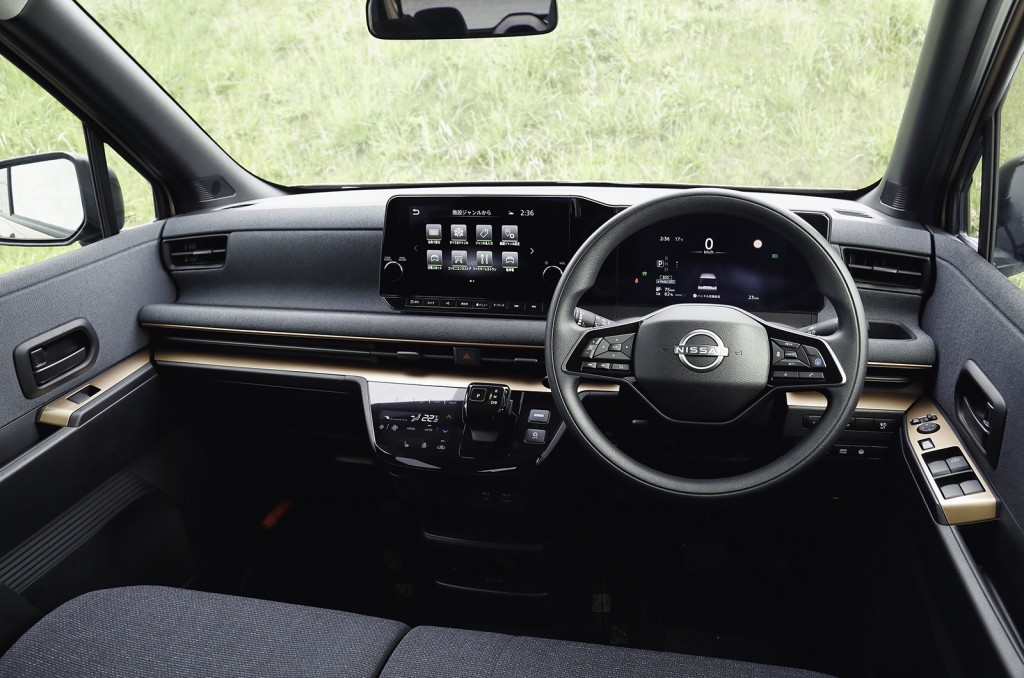 The Sakura and eK X EV will both go on sale in Japan this summer, with prices for the Nissan version starting from around 1.78 million yen (about £11,100).