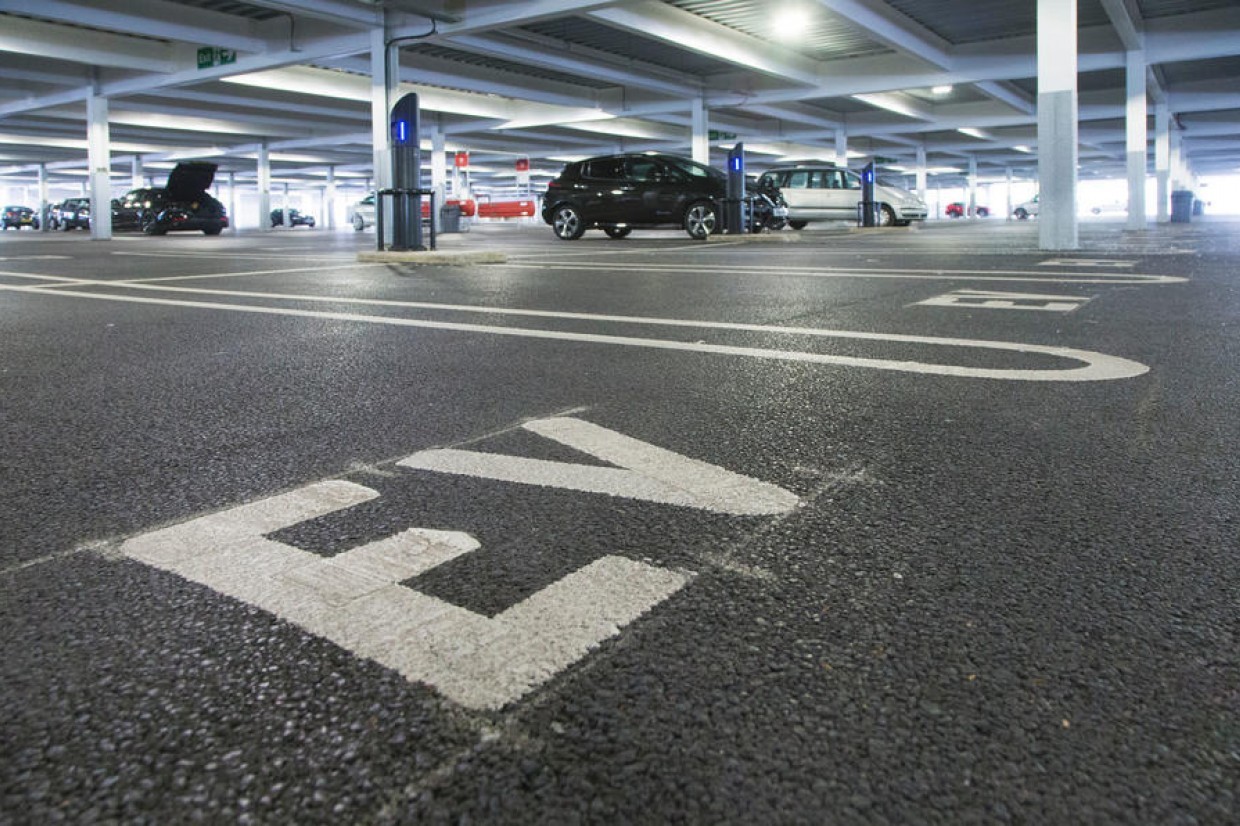 Electric vehicle drivers in the UK will have to start paying Vehicle Excise Duty from 2025 onwards, the Chancellor has announced in the Autumn Statement, removing one of the key financial benefits of driving a zero-emission car.

At present, zero-emission vehicles are exempt from having to pay VED, a move intended to help encourage people to switch away from polluting combustion-engine vehicles.

But as part of his Autumn Statement, Chancellor Jeremy Hunt has said that benefit will end in 2025, when EV drivers will have to start paying the duty. New rules will affect buyers of electric cars, vans and motorbikes.

Hunt said that because "the OBR [Office for Budget Responsibility] forecasts half of all new vehicles will be electric by 2025, to make our motoring tax system fairer I have decided that from April 2025 electric vehicles will no longer be exempt from Vehicle Excise Duty.

"Company car tax rates will remain lower for electric vehicles and I have listened to industry bodies and will limit rate increases to one percentage point a year for three years from 2025."

The government has put a major emphasis on encouraging update of zero-emission electric cars as part of its plans to slash carbon emissions. It has pledged to ban the sale of all new non-zero emission cars from 2030 onwards, although a limited number of as-yet-unspecified hybrids capable of limited zero-emission running will be allowed until 2035.

It is also aiming to introduce a Zero Emission Vehicle mandate, which will require manufacturers to make an increasing percentage of their total sales zero-emission in the years to come.

The challenge is that, largely due to the cost of batteries, electric vehicles remain more expensive to buy than combustion-engined equivalents. They generally remain cheaper to run, although the gap has been reduced by rising electricity prices, and the government has also axed the grants it previously offered to reduce the sale price of EVs for consumers.

Every electric vehicle you can still get a government grant for

How the new VED rules will work

The legislation for the new VED rules will be contained in a new Autumn Finance Bill, which must pass through both Houses of Parliament.

From April 1 2025 onwards, anyone who buys a new zero-emission car will pay the lowest first year rate of VED, which is currently £10. That is the figure currently paid by any vehicle that emits between 1 and 50g/km of CO2.

From the second year of registration onwards, zero-emission cars will move to the standard rate, which is currently £165 per year. That rate will also apply to zero-emission cars that were first registered from April 1 2017 until March 31 2025.

The government will also scrap the exemption for electric cars from the Expensive Car Supplement. That means zero-emission cars that have a list price exceeding £40,000 will have to pay at extra supplement, currently £310 per year, for the first five years.

All zero- and low-emission cars that were registered from March 1 2001 until March 30 2017 that are currently in the VED Band A will move to Band B, which is currently £20 per year.

Zero-emission vans will now move to the same rate as petrol and diesel light goods vehicles, which is currently £290 per year.

Zero-emission motorcycles and tricycles will move to the rate for the smallest engine size, which is currently £22 per year.

How the new Company Car Tax rates will work

The government will use the Autumn Finance Bill to set the rates for Company Car Tax until April 2028 "to provide long-term certainty for taxpayers and industry", and says that the rates will continue to incentivise the take-up of electric vehicles.

The government will also extend the 100 per cent first year allowance for electric vehicle charge points until March 31 2025 for corporation tax and April 5 2025 for income tax, to ensure the tax system "continues to incentivise business investment in charging infrastructure".

Reaction to the announcement

Mike Hawes, the chief executive of the Society of Motor Manufacturers and Traders, said: "We recognise that all vehicle owners should pay their fair share of tax, however, the measures announced today mean electric car and van buyers – and current owners – will face a significant uplift in VED.

"The sting in the tail is the VED supplement which will unduly penalise these new, more expensive vehicle technologies. The introduction of taxes should support road transport decarbonisation, and the delivery of net zero, rather than threaten both the new and second-hand EV markets.

"With a ZEV mandate on the way for car and van manufacturers, we need a framework that encourages consumers and businesses to buy electric vehicles. We look forward to working with government on how to transition the market and ensure the tax framework on road users supports this objective."

Nicholas Lyes, the head of roads policy at the RAC, said: "After many years of paying no car tax at all, it’s probably fair the Government gets owners of electric vehicles to start contributing to the upkeep of major roads from 2025.

"While vehicle excise duty rates are unlikely to be a defining reason for vehicle choice, we believe a first year zero-VED rate benefit should have been retained as a partial incentive. But we don’t expect this tax change to have much of an effect on dampening the demand for electric vehicles given the many other cost benefits of running one.

"The fact that company car tax increases on EVs will be kept low should also keep giving fleets the confidence to go electric which is vital for increasing the overall number of EVs on our roads.”