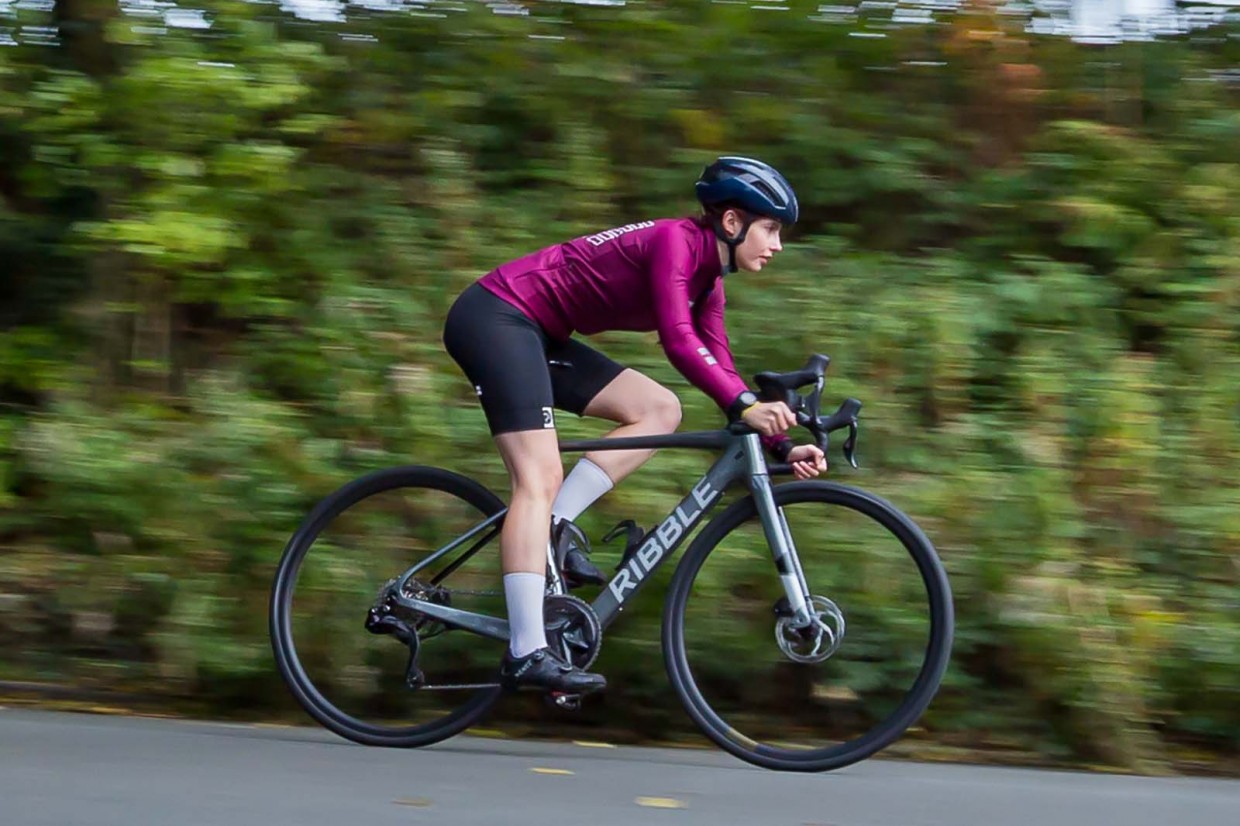 What is it?
The Ribble Endurance SL e takes the popular Endurance SL road bike frame and slaps a motor and battery in it to make it even more appealing. Paired with the Mahle Smartbike Systems X35+ rear hub motor, it's a familiar sleek sight, with it hidden so well you'll be hard-pressed to find people that realise it's an electric bike upon first glance. 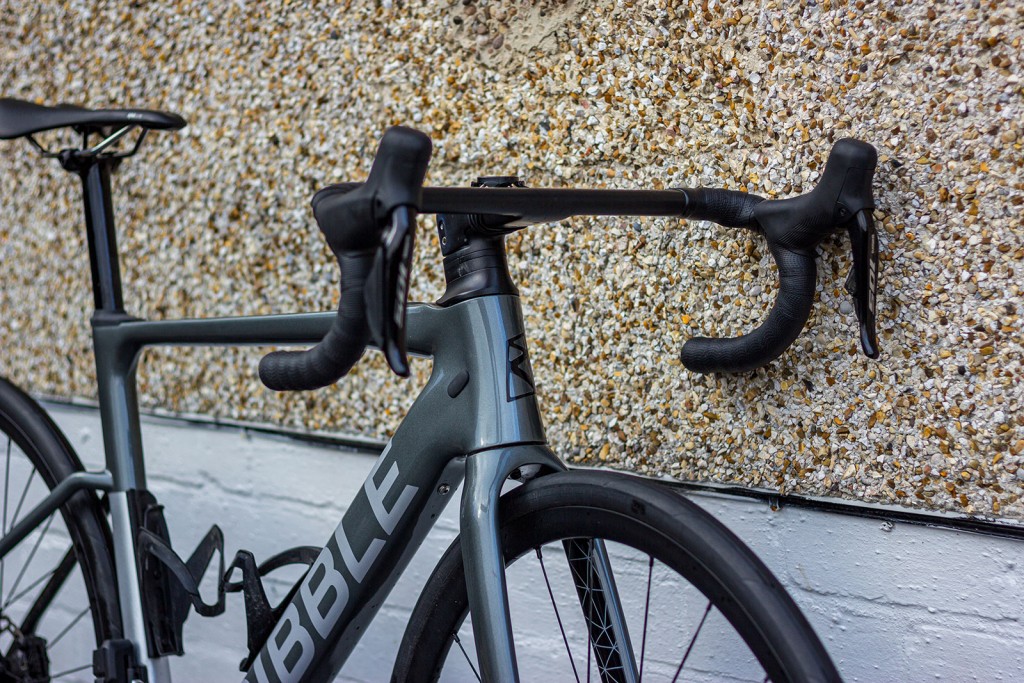 What is it like?
I've provided plenty of words on the Mahle Smartbike Systems X35+ power system, but never in an electric road bike. For general road bike riding, it's smooth, and it's easy to see why so many brands choose it. It's lightweight (3.5kg) and can be easily integrated into a frame, and it really does take the sting out of hills.

For most people, if you don't live in the Alps, the battery range should suffice nicely. I managed about 50 miles per charge, but that's based on quite hilly terrain and some less-than-favourable weather conditions.

I did find that the motor began to struggle a bit on steeper inclines, but if you're planning on riding up 30% inclines, for example, then a mid-drive unit would likely suit your riding far better. The other point with electric road bikes is that they, like all electric bikes in the UK are required to use motors that are limited to assisting to 15.5mph, which, for many is more than attainable on the flat. 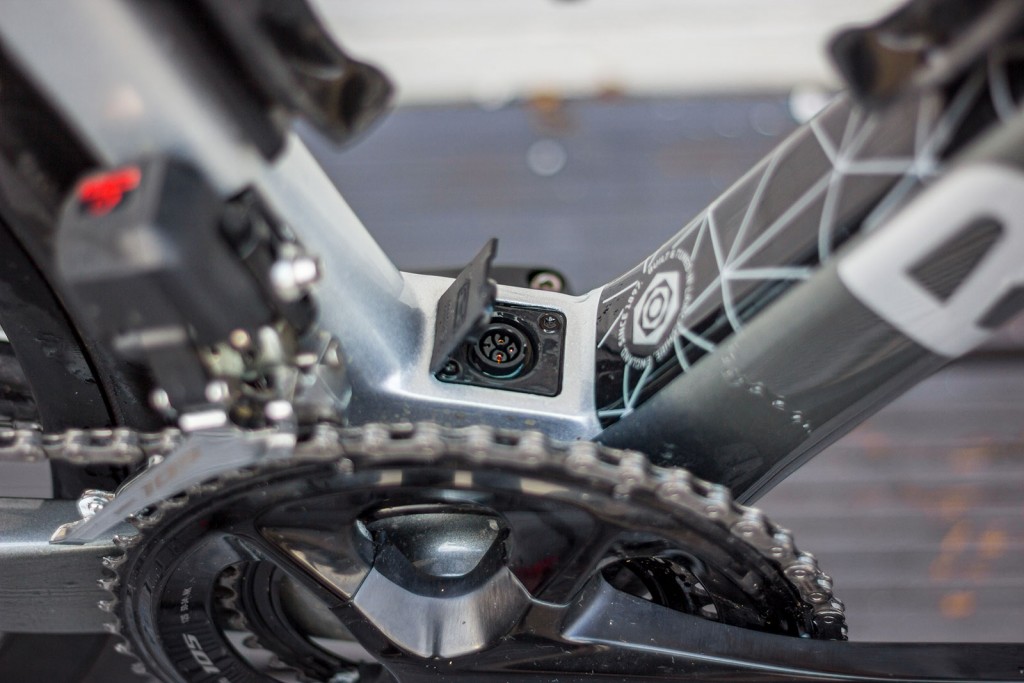 When I rode over to the flatter side of Yorkshire, for example, I spent the entire ride above the threshold for assistance. Luckily, the drag from the motor when it's not in use isn't that noticeable, but compared to a non-electric road bike it just feels ever so slightly more sluggish. This isn't a critique of Ribble or Mahle, but more the fact that with current legislation electric road bike popularity is likely to be less so than if e-bike motors were allowed to assist just a little bit faster.

I digress. The frame is a racing frame, and comes with the Configure Level 5 Carbon Integrated Road Bar and Stem – aka, it’s fancy and it’s aerodynamic. The bars on my bike were a little wider than I’m used to, but I appreciated the ergonomics of the drop with it being quite shallow so I could sit comfortably on the drops. 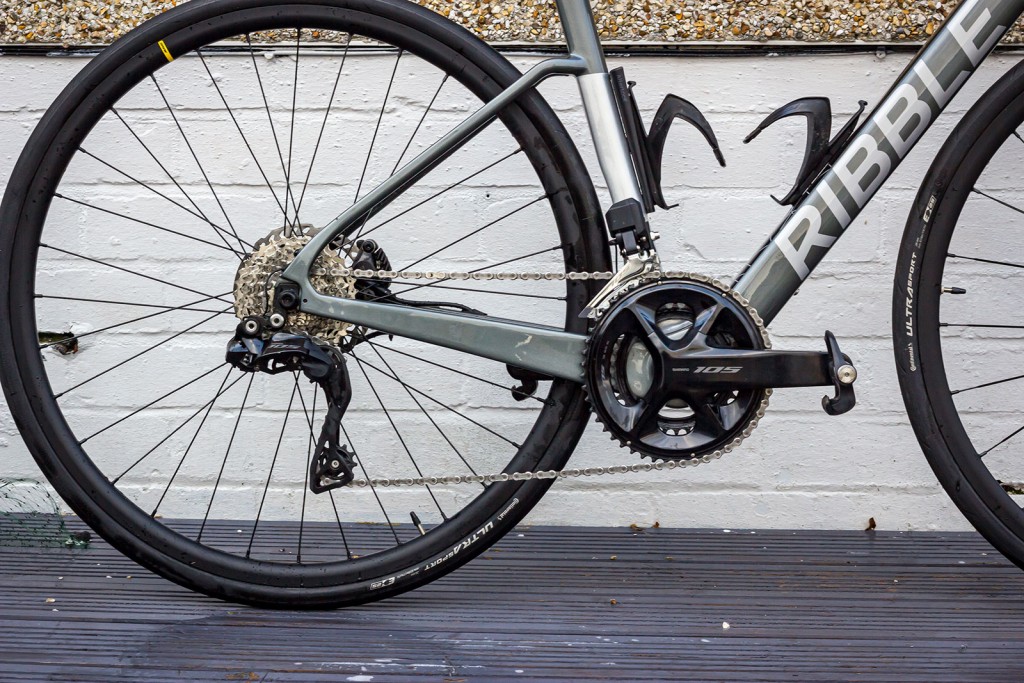 I've not ridden a non-electric Ribble, let alone this frame, but even with a motor weighing down the back end, it was a pretty confidence-inspiring ride. It's not the most agile bike you'll ever ride, but with a shorter stem/smaller bars combo (which you can choose if you purchase on the website) I think it would feel more than race-ready (if you could race an e-bike).

That being said, it's just a fantastic training ride partner. It's quite nice to climb on, your hands sit nicely on the bars whether you're out of the saddle or in it, and it seriously took out a lot of the lack of motivation I usually find when the weather gets really windy or wet. I'm currently riding it in an attempt to increase my fitness, and you'll be able to read about that soon and determine whether an electric road bike can help you get fit. (Spoiler alert: it can, and in fact, it might be a better option than an unassisted one if you live near a lot of hills). 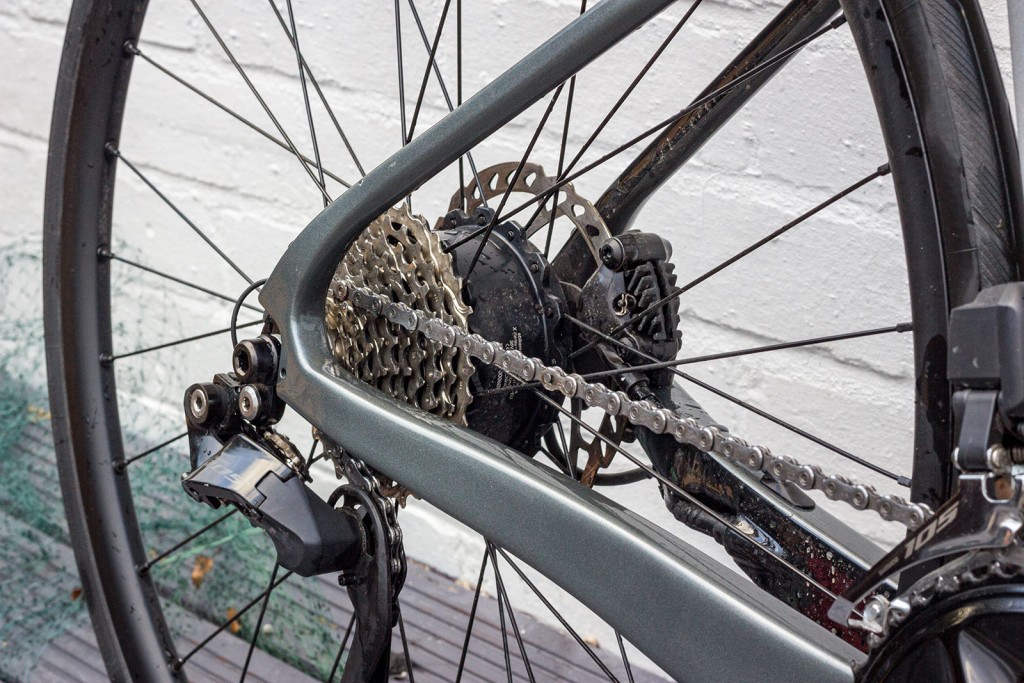 I rode it through downpours and on warmer sunny days, and it was reliable and comfortable throughout. It's a bike you can put the miles in on, particularly with the new Shimano 105 Di2 groupset. I won't go into too much detail on this here, but essentially it's an electronic groupset rather than mechanical. If you remember to charge it and keep it clean it works like a charm, otherwise, you might find yourself at the bottom of Haworth wondering why the front derailleur won't shift…

The only design consideration I wasn't entirely convinced with was the position of the charge port. Naturally, this is down to Mahle, but given that the UK is pretty wet for a fair few months of the year, having an upward-facing charge port isn't ideal. After particularly wet rides I was a bit paranoid about charging it until I'd allowed it to dry out completely with a towel and an air compressor to help speed the process along. 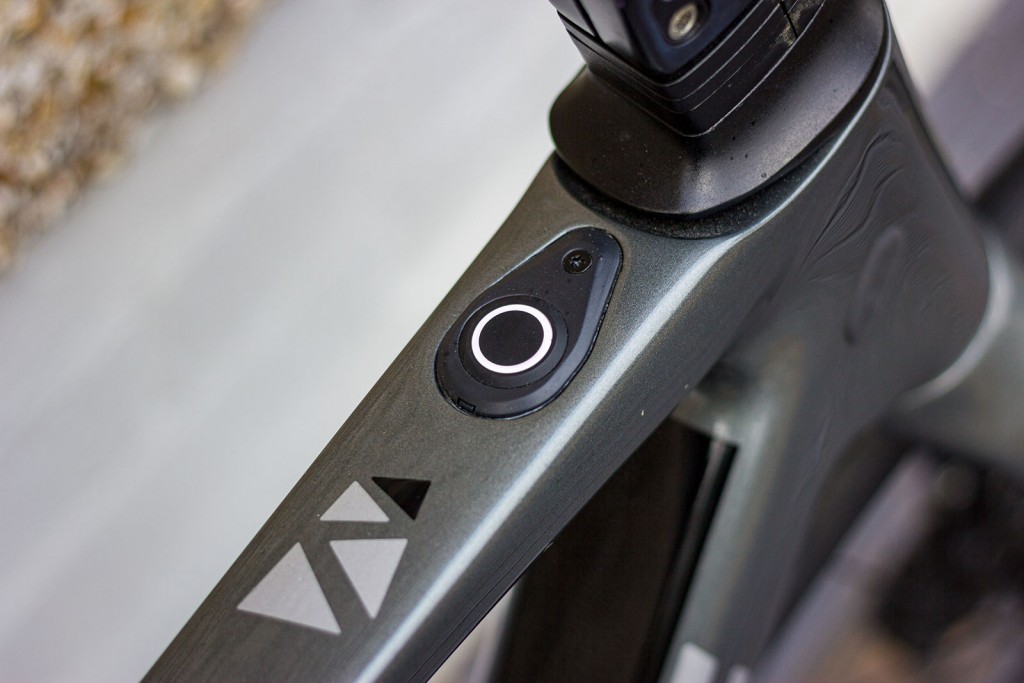 Otherwise, it's a genuinely enjoyable bike and doesn't feel dissimilar to an unassisted road bike. The ride quality is excellent, and the longer I rode it, the more confident I became in tight corners and descents. Equally, it also inspires confidence in your riding ability. If you've not done any consistent training for a while (hello), rather than fearing the mileage or elevation profile of your rides, it provides that little bit of backup in case you need it, and I think that's what makes this bike special.

It takes the benefit of a decent hub motor and amplifies it through a lightweight, comfortable frame. It also represents pretty good value. £4,000 for a non-electric road bike with Di2 is competitive, so to have this and the electric assist to boot makes it even more appealing. 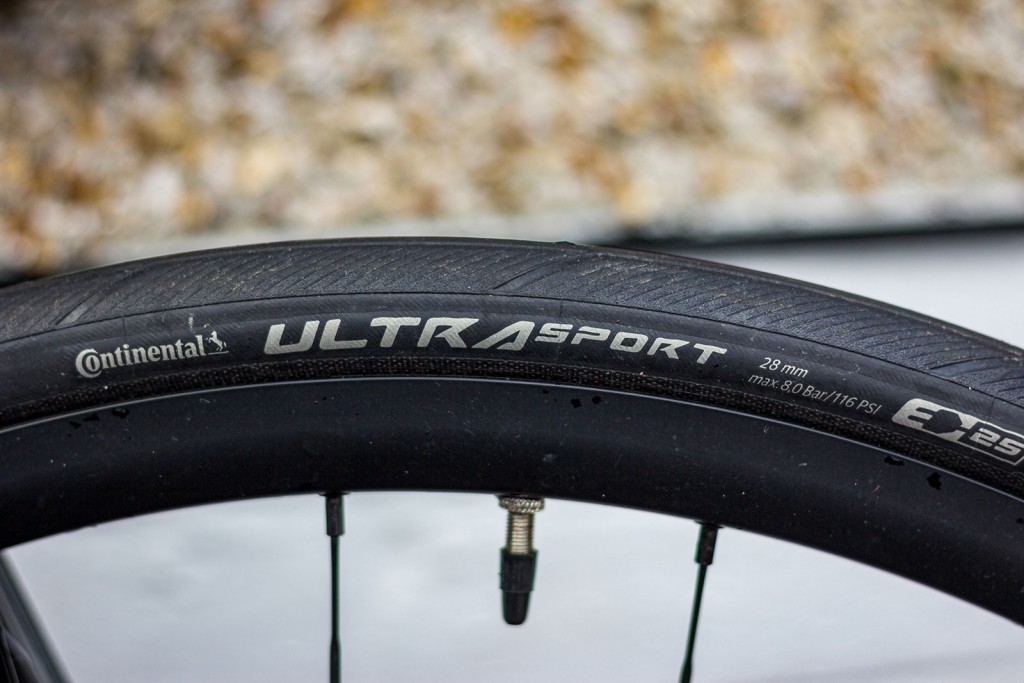 Where can I buy it?
From Ribble directly online or at one of their stores around the country.

How does it arrive?
Wrapped up nicely – simply attach the handlebars, seatpost and pedals to get going.

Verdict
If you're in the market for an electric road bike, the Ribble Endurance SL e is a great choice. It's fun, comfortable, and most importantly, it doesn't feel like you're slogging through treacle without the assist on. It's also great value, particularly with this model (105 Di2), though there are other options depending on the groupset you'd like to have on your bike.

Assistance levels: 3 modes, up to 15mph