The cleanest dirt bike ever? Cake vows to produce 'truly fossil-free' bike by 2025 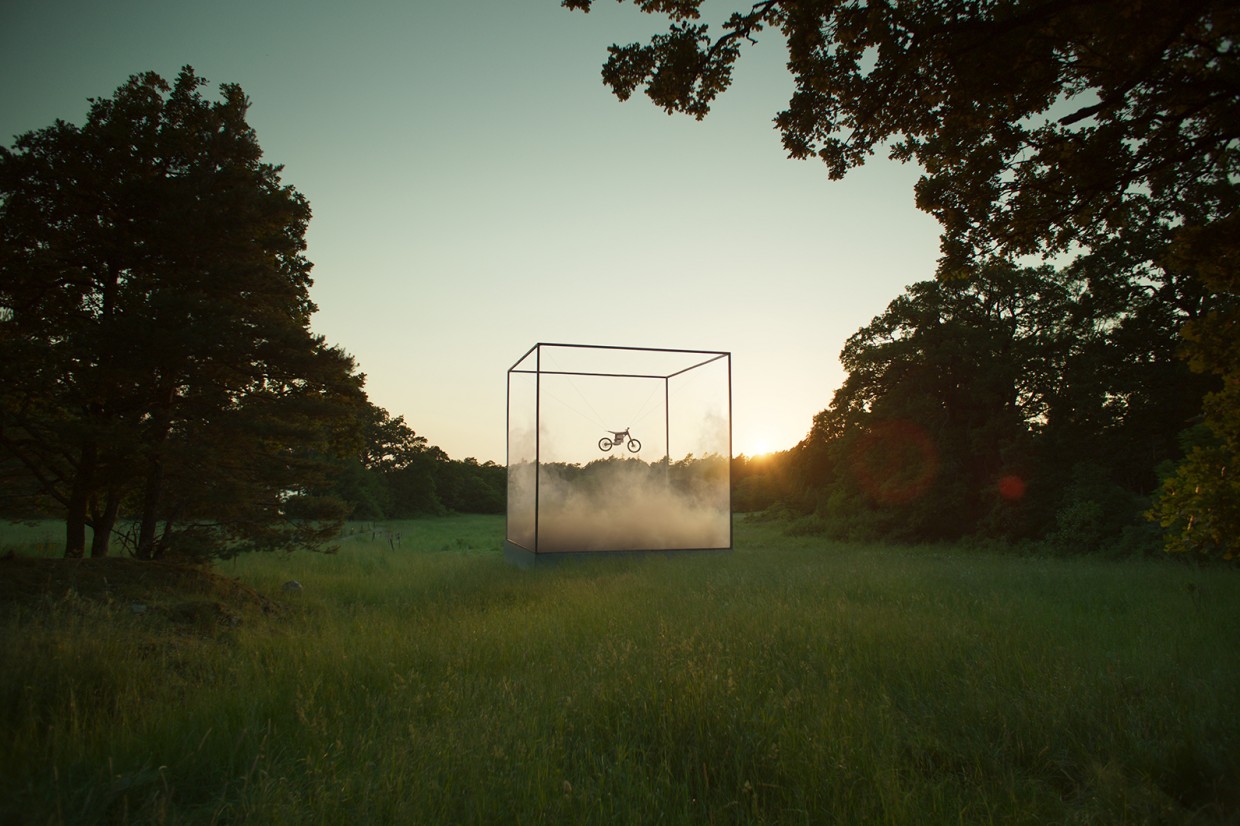 Swedish electric motorbike firm Cake has pledged to produce the first "truly fossil-free" electric dirt bike by 2025 – and has produced a new installation to highlight the potential carbon dioxide savings.

The Stockholm manufacturer is working with Swedish energy company Vattenfall on the 'Cleanest Dirt Bike Ever' project, which has been tasked with looking at ways to minimise the carbon emissions from every step of the production and manufacture of a Cake Kalk OR electric off-roader.

The latest e-mobility news in your inbox: subscribe to our FREE newsletter

The two firms have calculated that the 1186kg of carbon dioxide equivalent (CO2e) – or 637 cubic metres worth, if you prefer – are currently created during the production of one of Cake's electric bikes. The two firms have illustrated this by placing a Kalk OR inside a cube that totals the same dimensions. 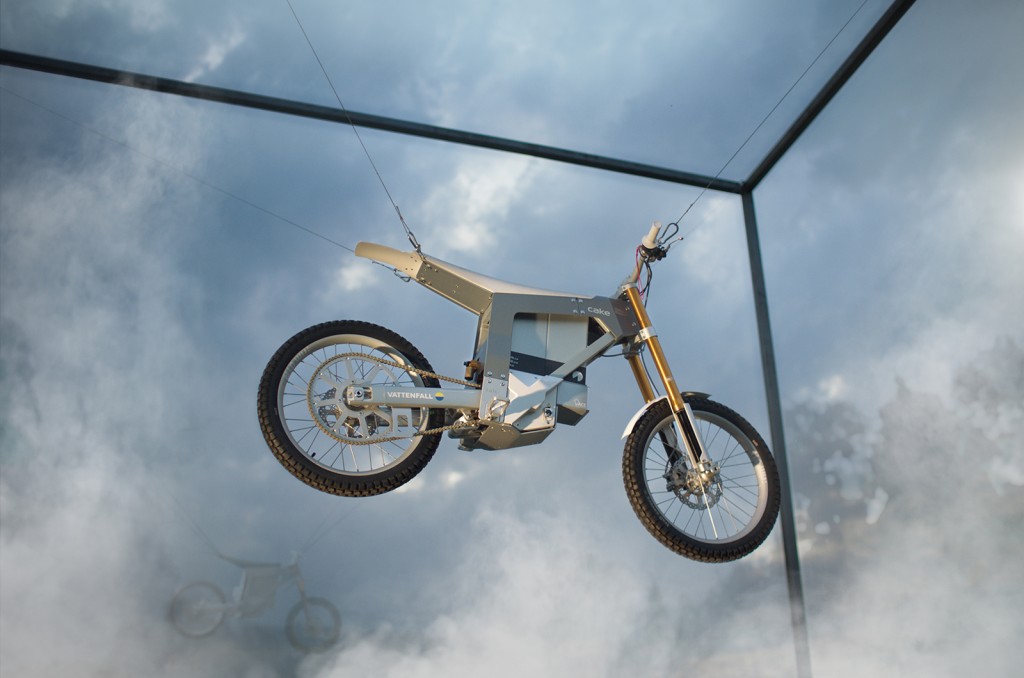 Cake boss Steve Ytterborn said: "The popular term fossil free vehicles means greenwash until the entire production has been decarbonized, regardless of the fuel they are running on."

He added: "To understand and tackle our own impact, we have measured the emissions from our entire production chain for one Cake Kalk OR, and started to decarbonize every step to a minimum by 2025. By doing so, our second most important contribution to the planet is to inspire other manufacturers to step up and do the same." 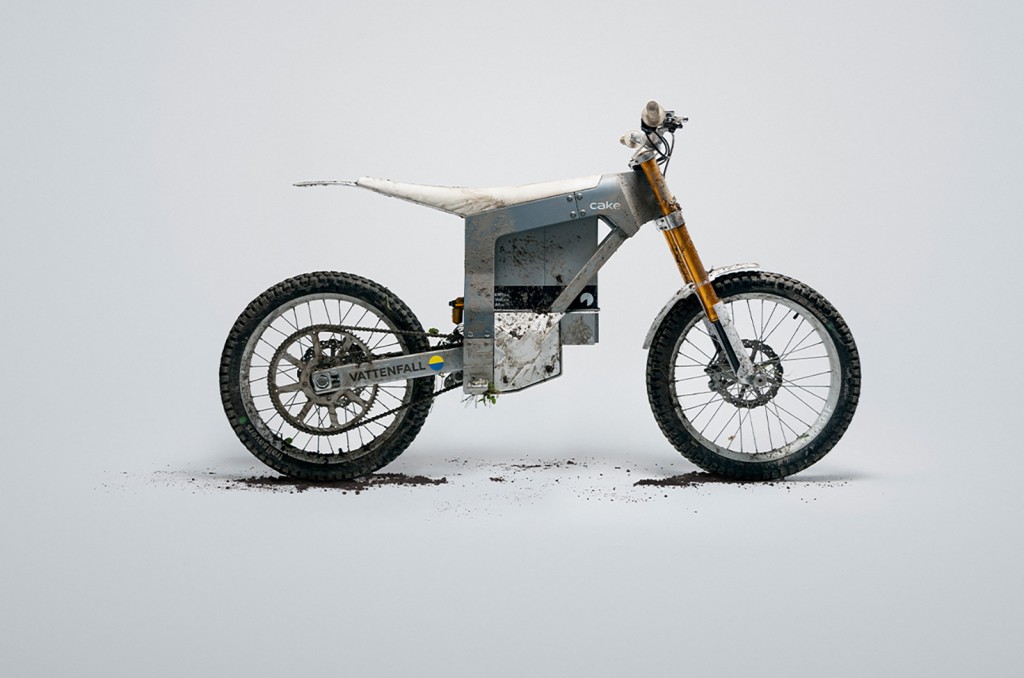 Vattenfall and Cake have been working on the project since last year, which has involved taking the bike apart and trying to assess the CO2e impact of each individual component. That has involved working with Cake's suppliers. The focus for CO2e reduction is currently centred on materials including aluminium, steel, plastic and rubber, along with the production of the controller, motor, battery, suspension and electronics of the bike.

The firm previously announced it was working with Papershell to develop a paper-based natural fibre composite that could replace plastic.

Cake and Vattenfall and working with existing suppliers and taking to at "innovative makers of alternative components and materials".

For further comparison, Cake says that the production of a pair of jeans created 33kg CO2e and preparing 1kg of beef produces around 60kg CO2. Using a 60-litre tank of petrol in a combustion-engined car creates around 182kg CO2e.