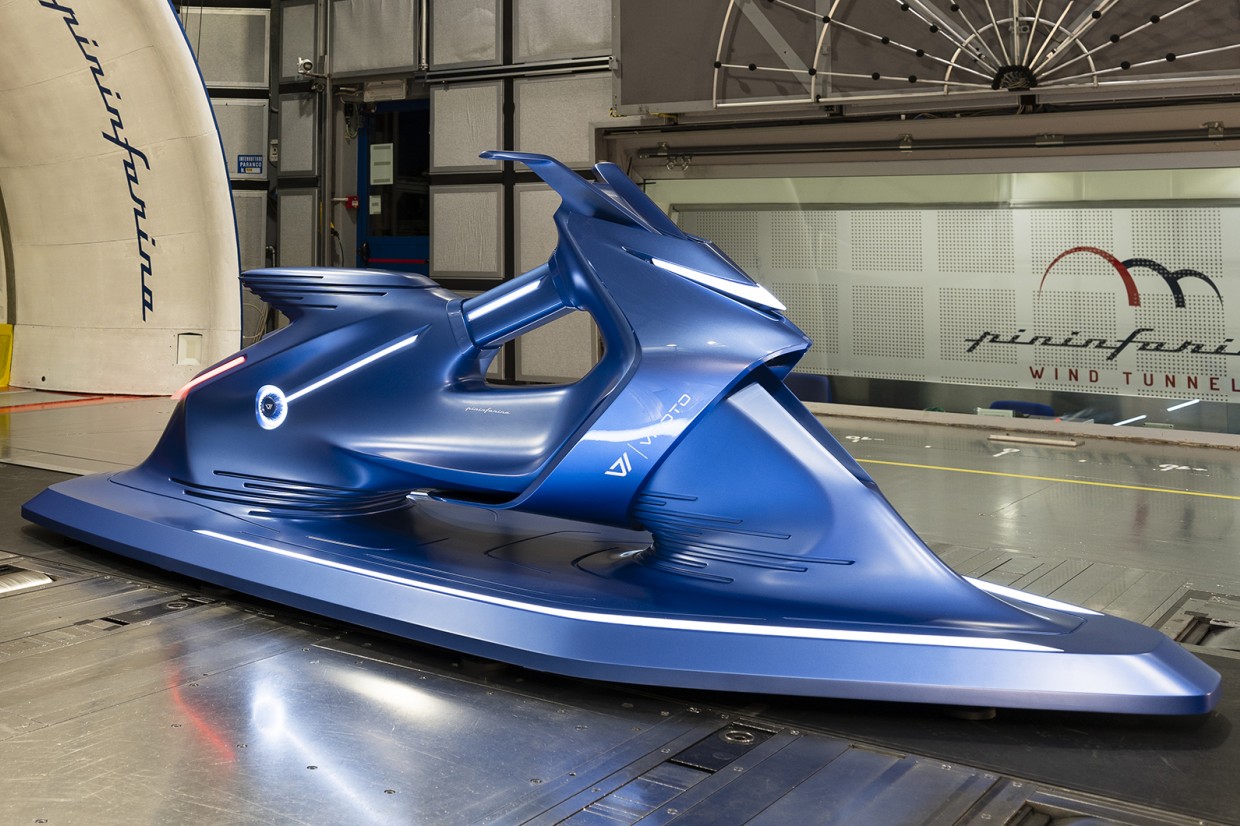 Leading electric motorbike firm Vmoto Soco and fabled Italian design house Pininfarina have given a first glimpse at an outlandish concept for a “new generation” of two-wheeled electric vehicle designed for maximum efficiency.

The concept, which looks like something out of a sci-fi movie, is the result of a collaboration between the two firms to explore new ways of improving the efficiency of electric two-wheelers, with a focus on both aerodynamics and weight reduction. It is designed to eventually lead to a Vmoto Maxiscooter production model, and a concept showcasing the work so far has been revealed at the EICMA bike show in Milan, Italy.

Pininfarina, which has a long history of styling cars for the likes of Ferrari and Maserati, has taken the lead on the styling of the new Maxiscooter, which was honed in the firm’s wind tunnel. That explains the extreme stying, which has echoes of a Star Wars speeder bike mixed with the base unit of a Dalek. 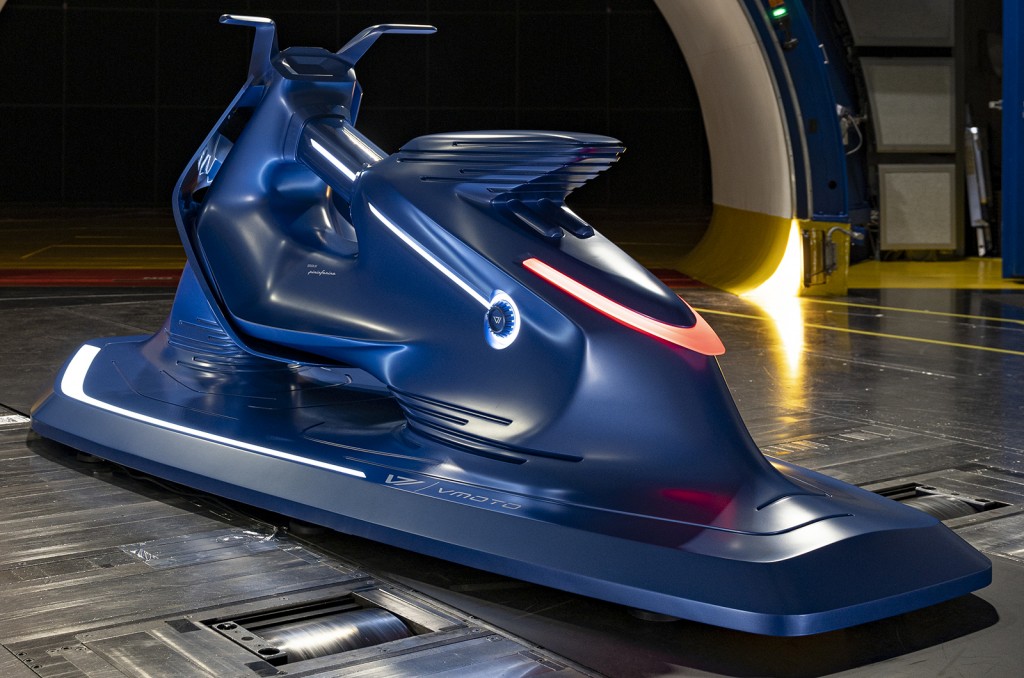 The concept is low-slung and resemblances a bike shape, with the most unusual feature the wide base that encloses the wheels. It's unclear is that's likely to make any eventual production model, but if so ic could help to add some underbody 'ground effect' aerodynamics to suck the machine to the road.

Pininfarina claims that the concept is the “first step towards the realisation of an idea never before explored by any manufacturer in the field of urban mobility”. That’s a bold claim – but then the concept is a pretty bold design. 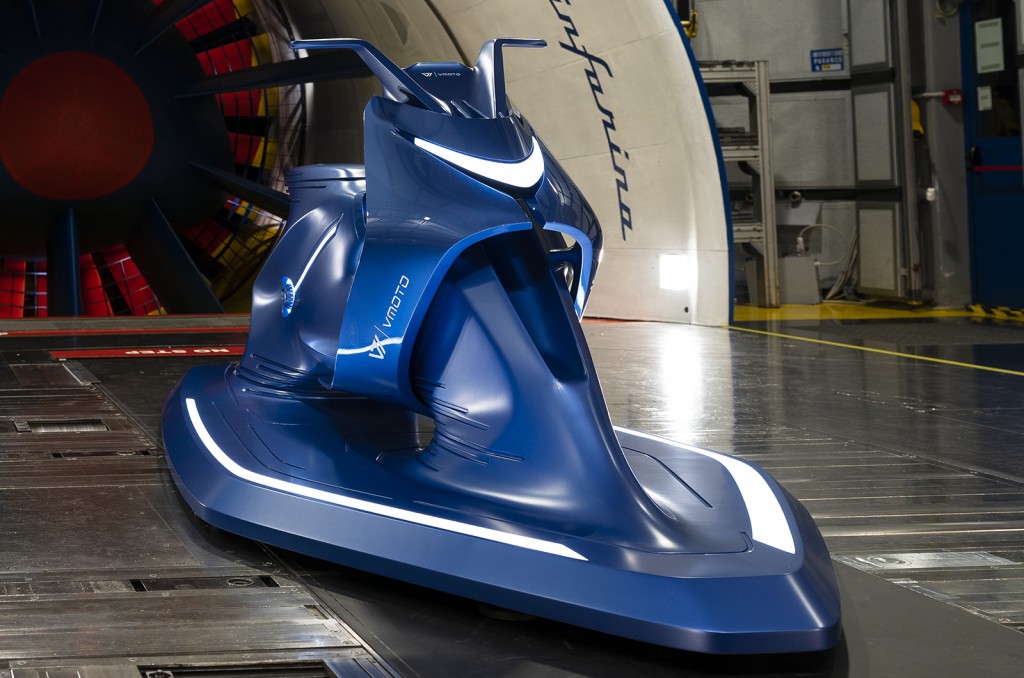 The styling house describes the concept as being “wind-sculpted”, to reduce the aerodynamic resistance as much as possible, in turn increasing range. The design of the bike is also intended to use the wind to control the machine’s temperature, which keeps the battery cooler and extends its life as well.

The styling also includes a V-shape front light, which will become a ’signature’ for the Vmoto brand. There is also an extra internal battery integrated into the shape of the machine, which is designed to both extend the range and give the concept “a more motorcycling look”.

Vmoto boss Graziano Milone said the collaboration had developed because of “the need to introduce new aerodynamic concepts to the service and support of technologies already in use is necessary to achieve maximum performance.”

Vmoto Soco isn’t finished for EICMA, either: the firm is also set to reveal a production version of its Stash off-roader. 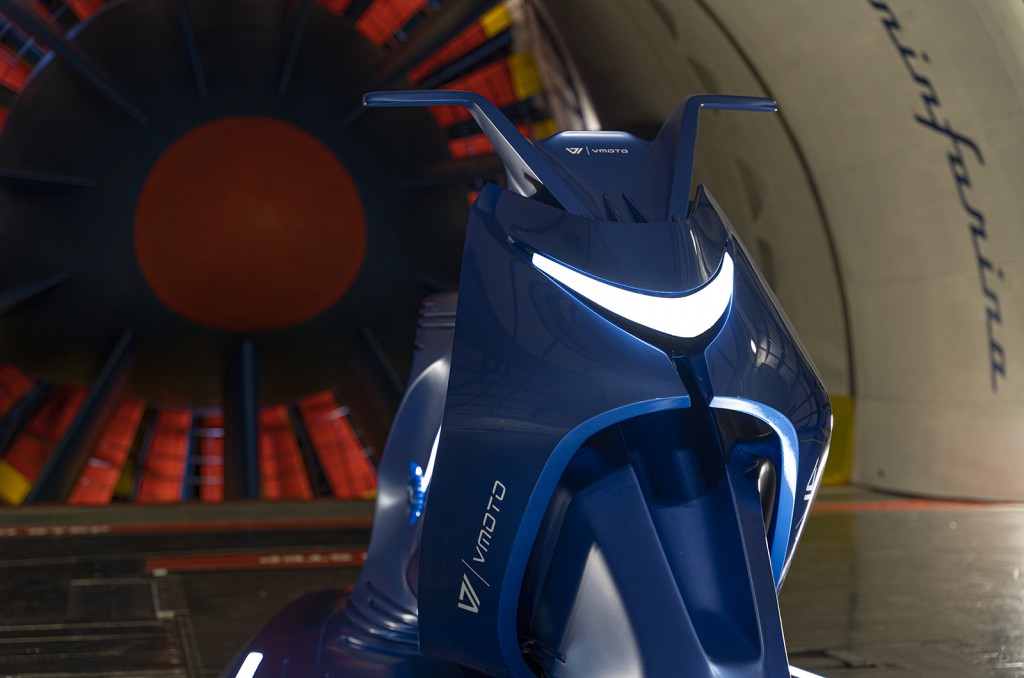