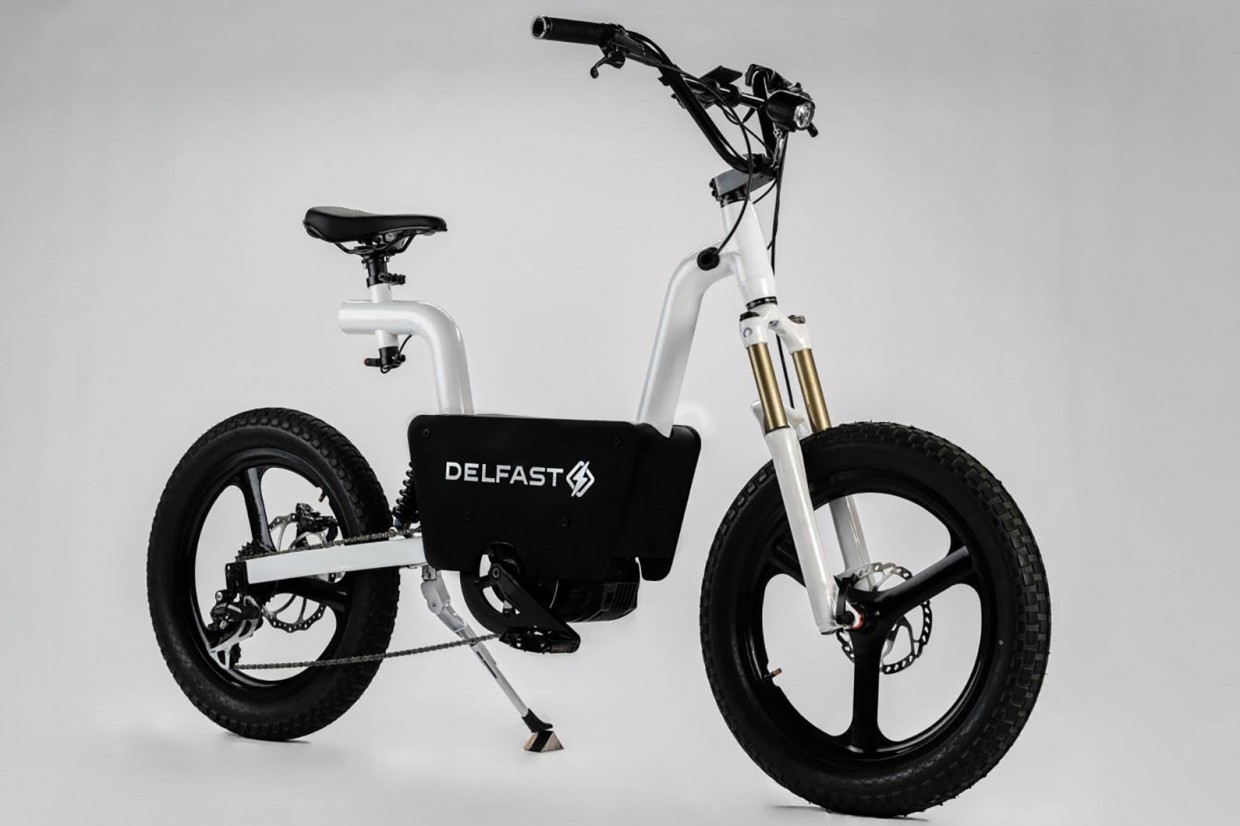 Ukranian-American e-bike manufacturer Delfast has unveiled the bold new U-frame California Electric Bike, which features a novel U-frame design and a range of around 125 miles.

Intended as a ‘laid-back’ commuter bike, the new machine is now available to pre-order on Indigogo and was developed in just eight months – despite much of the firm’s team working in the war-torn Ukranian capital of Kyiv following Russia’s invasion. Delfast says that the e-bike “is a symbol of resistance in Ukraine with the help of the United States”.

The troubled backdrop to the bike’s development is reflected in the California name. One of Delfast’s designers was visiting the firm’s new Los Angeles base when Russia invaded Ukraine. Unable to get home, he turned his focus into designing a new bike inspired by the local mobility scene that would also serve as a symbol for Ukraine. 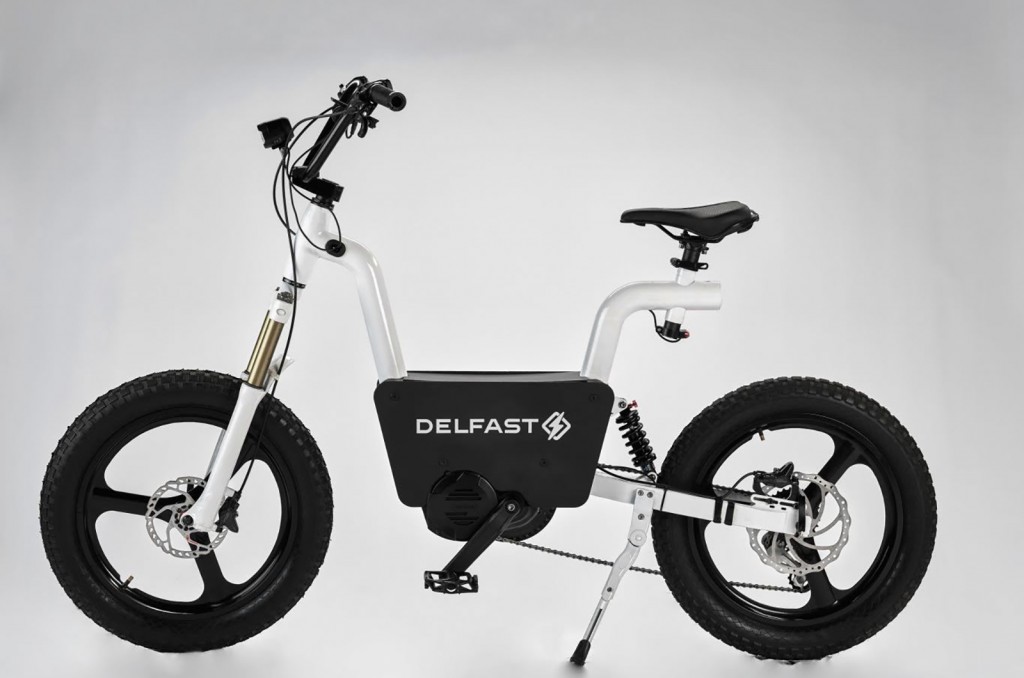 Delfast has based in Whittier, California and Kyiv, and the machine was developed by teams in both sites. Delfast boss Daniel Tonkopi goss “Our international team has been hard at work on this bike even in the midst of the ongoing war, which speaks directly to the dedication and unstoppable spirit that is the foundation of our company.”

The firm will also donate a percentage of the revenue from each bike to Ukrainian relief efforts. Pricing on the Indiegogo pre-order starts from £1776, while the Delfast will have a regular starting price of £3550. Deliveries are due to begin in June next year.

The California will be offered with two different powertrains, one for the US and the other for more regulated European e-bike markets. Both feature a mid-drive transmission, that drives the pedals through a single-speed Bafang chain drive.

US-spec models will feature a Bafang M620 motor that offers 750W of power (with 1000W in peak output) and 160Nm (116lb ft) of torque, and the ability to from stationary to the maximum speed of 28mph in five seconds. 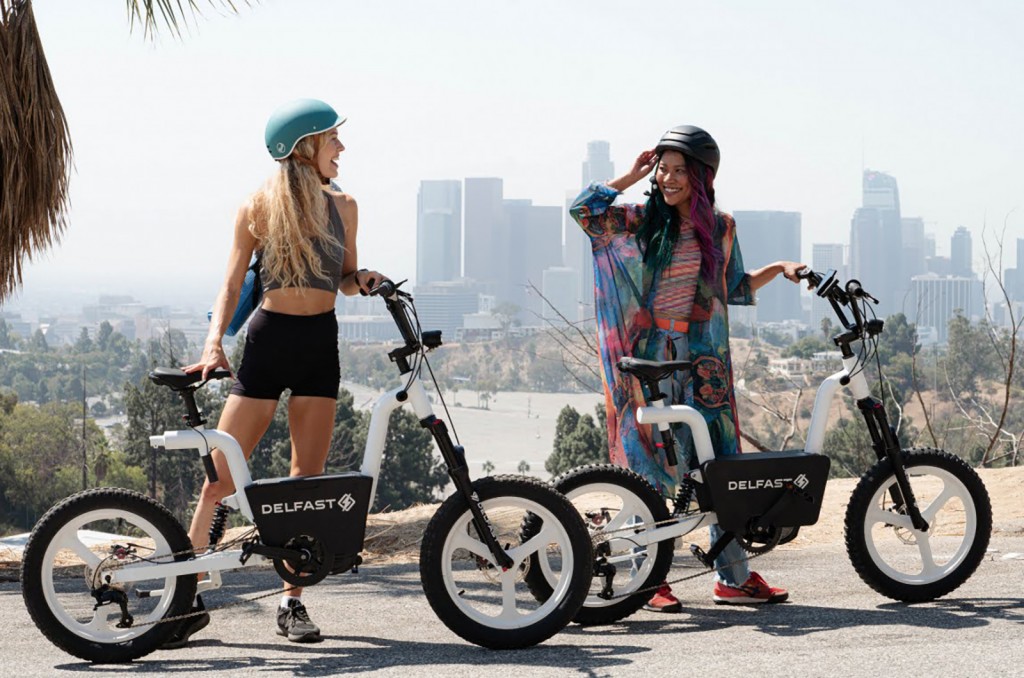 Models shipped to Europe will feature a less powerful Bafang M410 motor that offers 250W of power and 80Nm (59lb ft) of torque. The electric assist will be limited to 15mph.

Both versions use a 48V 20Ah lithium-ion battery, with offers a range of 100 miles in US-spec and 125 miles for the European version. Delfast says that a full charge takes four hours.

What to look for when buying an e-bike

The unusual steel U-frame, which Delfast says is an industry-first, is designed to offer an easy step-through design while being lighter than many similarly chunky e-bikes. The frame weighs 30kg, and can accommodate rides from five foot up to 6ft 3in.

The motor and battery are located at the base of the frame to lower the centre of gravity, while there is DNM full suspension to ease the ride. It is fitted with Avid BB5 MTB mechanical disc brakes and 20in all-terrain tyres.

Delfast says that the on-board computer is a ‘hyper-intelligent’ CPU, which offers built-in navigation through a 4G system, a wireless phone charger, an immobiliser, Bluetooh-enabled locking and a customisable alarm.

Delfast was founded in Kyiv in 2014 as a courier firm, but soon began developing its own bikes - and has focused purely on e-bike development since 2017. It has set a Guinness World Record for the longest distance travelled by an e-bike on a single charge – a mighty 228 miles – and currently offers the Top 3.0 crossover e-bike.