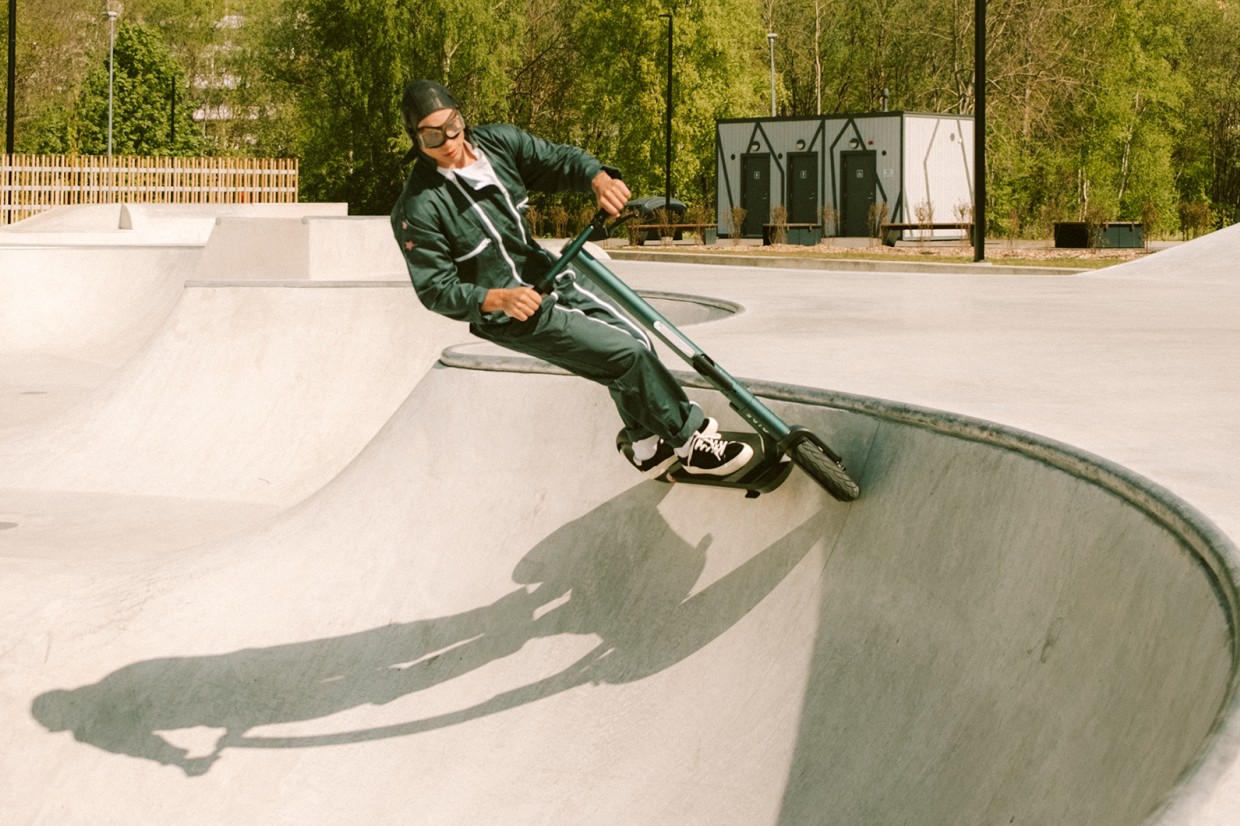 Estonian start-up Äike has revealed its new electric scooter, which will be manufactured in Europe with a commitment to be the among the most sustainably produced machines on the market – and a novel 'world-first' smartphone-enabled automatic locking system.

The Äike T is now available to pre-order, with deliveries due to start across Europe shortly. The firm is a spin-off from Estonian tech internet technology company Comodule, which was founded by Kristjan Maruste.

Initially revealed in July, Äike has now confirmed that the machine will feature an innovative new smart-lock system, which it says will making starting and ending journeys quicker, while making the machine much harder to steal.

Essential electric updates in your inbox: subscribe to the FREE Move Electric newsletter

Oh, and Äike – which means thunder in Estonian – has supplied us with some of the most brilliantly unusual press pics we've seen for a long time. We're not quite sure exactly what's going on in some of them, either, so just enjoy then. 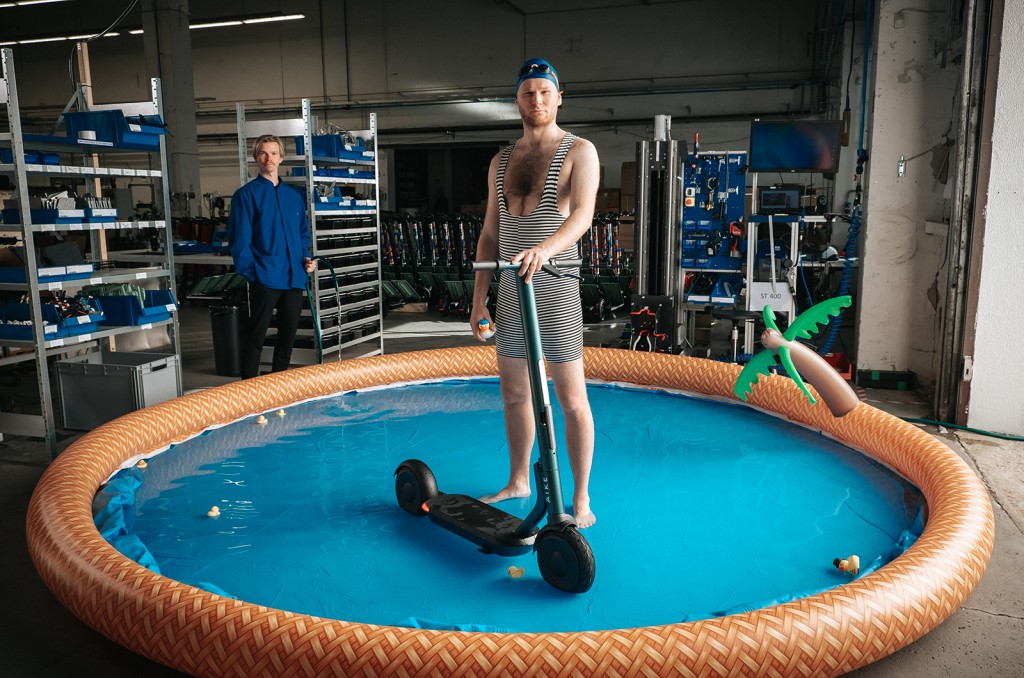 What do I need to know about the Äike T?

Äike will produce its machines in Europe – and claims they will be the first to be produced solely using renewable energy. The firm has also said it will try to maximise the sustainability of the machine by sourcing recycled materials from local suppliers, using a supply and distribution chain as close to its manufacturing facility as possible and ensuring 92% of the materials used for the Äike T are recyclable.

Notably, the removable batteries of the Äike T can be charged using a USB-C cable, which the firm said will improve the user experience and allow buyers to save money on unnecessary chargers. The European Union recently agreed for USB-C to become a standard charging cable by the autumn of 2024. 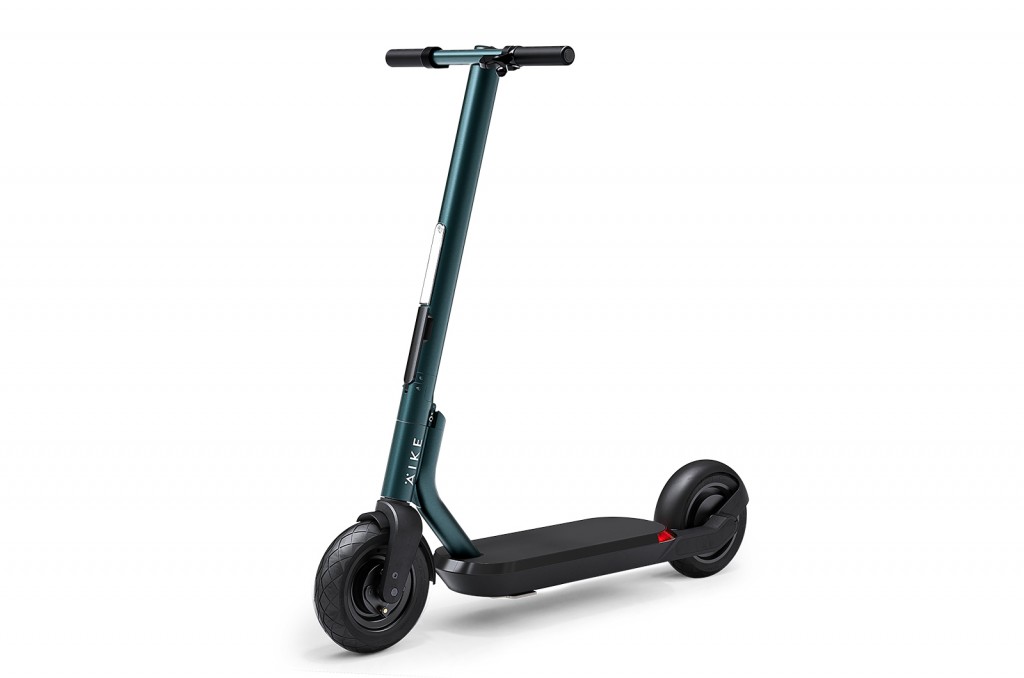 The Äike T has a range of 25 miles on a charge from a 583.2Wh battery. It is powered by a 350W motor, with a top speed of 15.5mph, and weighs 19kg. The machine rides on 10in tubeless pneumatic tyres, and features both a drum brake and a regenerative electric brake. 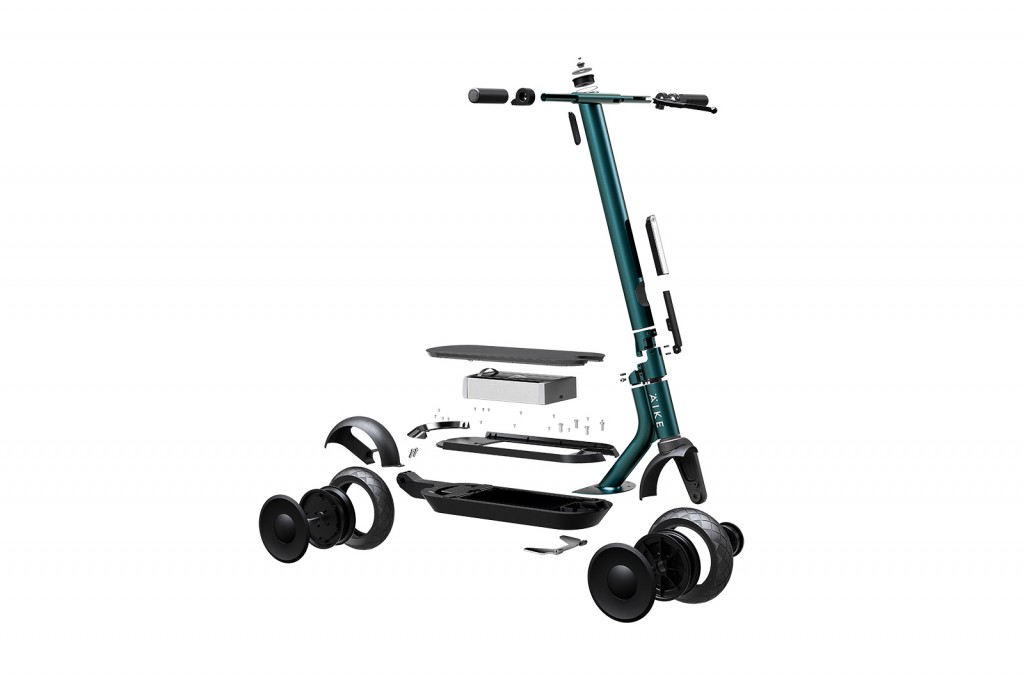 The machine is also designed to be weatherproof, and is offered with 'Internet of Things' technology provided by Comodule, which is run through an Äike app. That includes a digital 'passport' for each machine to allow for remove customer support and over-the-air updates. 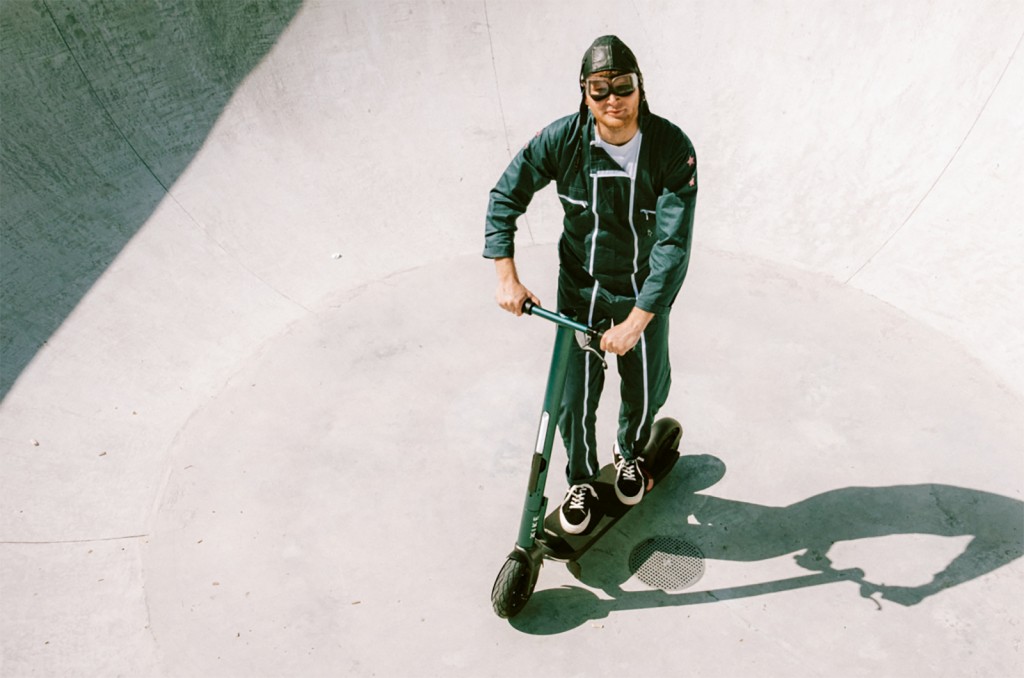 So how does this smart-lock work?

The smart-lock means that the machine can automatically lock itself when the owner walks away from it.

It will be integrated with the Äike mobile app, and uses a Bluetooth connection. The user’s phone will connect with the e-scooter when in range, allowing it to be automatically unlocked so it can be ridden when first hop on. And it will then automatically lock itself when the owner hops off. 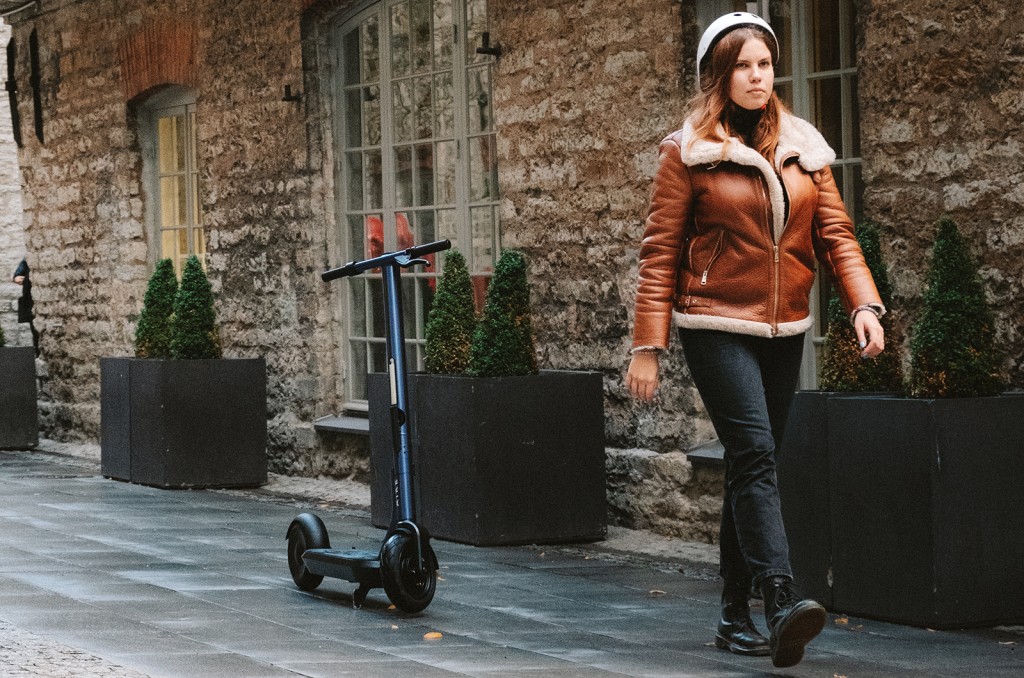 The smart-lock feature will use public key authentication, which Äike says means it can only be triggered when the owner is using it, and will be encrypted using the machine’s IoT module so it will only take commands from smartphones that the owner has given permission. The scooter can also be lock or unlocked by pressing a button within the app.

Äike says the smart-lock is one of a range of anti-theft software features on the T. It claims that using IoT technology, company engineers can ‘kill’ the connectivity and disable the systems of an e-scooter at any point, “rendering theft a useless endeavour”.

Now, as noted Äike is rather good at providing brilliant press imagery – but with the smart-lock system it's surpassed itself, sending us the below image. 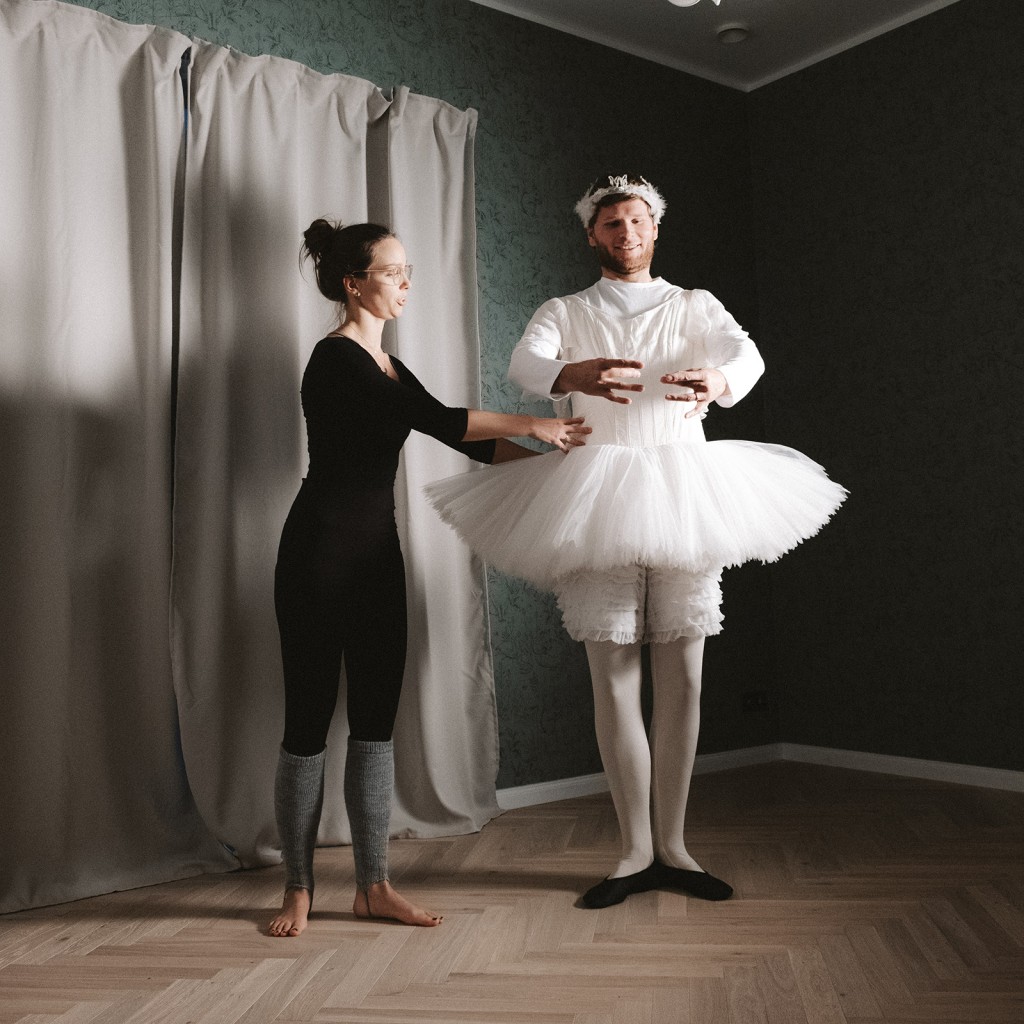 Yes, that is Äike's boss doing ballet. What does that have to do with smart-locking e-scooters? We're not entirely clear, but it features in the firm's YouTube video promoting the technology. We wouldn't normally suggest you go and watch adverts, but since it's given us an excuse to run the weirdest press pic we've been sent in ages, here's a link.

Why did a tech firm branch out into e-scooters?

Founder Maruste said: "After seven years in the industry, I find it crazy how the e-bike boom in Europe has brought us to around five million e-bikes sold per year with more than 50% made in Europe, whereas with over a million e-scooters being bought annually, virtually no one manufactures in Europe.

"This has left e-scooters in the background as the vast majority of them are not sustainable, comfortable or safe at all. Äike is here to change that."

Maruste added that, while the firm was still in its launch phase, "we are very well positioned to grow fast as we control the full process in-house from design to production to delivery."

He added that most of the firm's supply chain is located within two hours of its factory, and that "we even make our own electronics and assemble our own batteries.”

When can I buy an Äike T?

And, as a quick reminder, while it is currently legal to buy an electric scooter in the UK, it is illegal to use a private machine on public roads. The government has announced plans to legalise private e-scooter usage in a new Transport Bill. 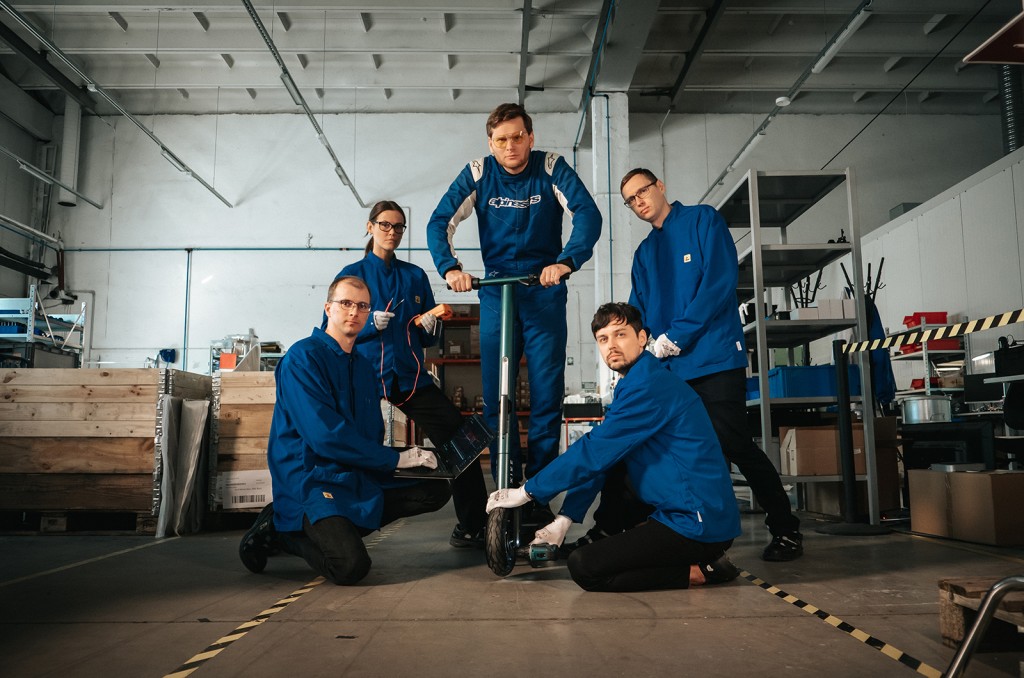