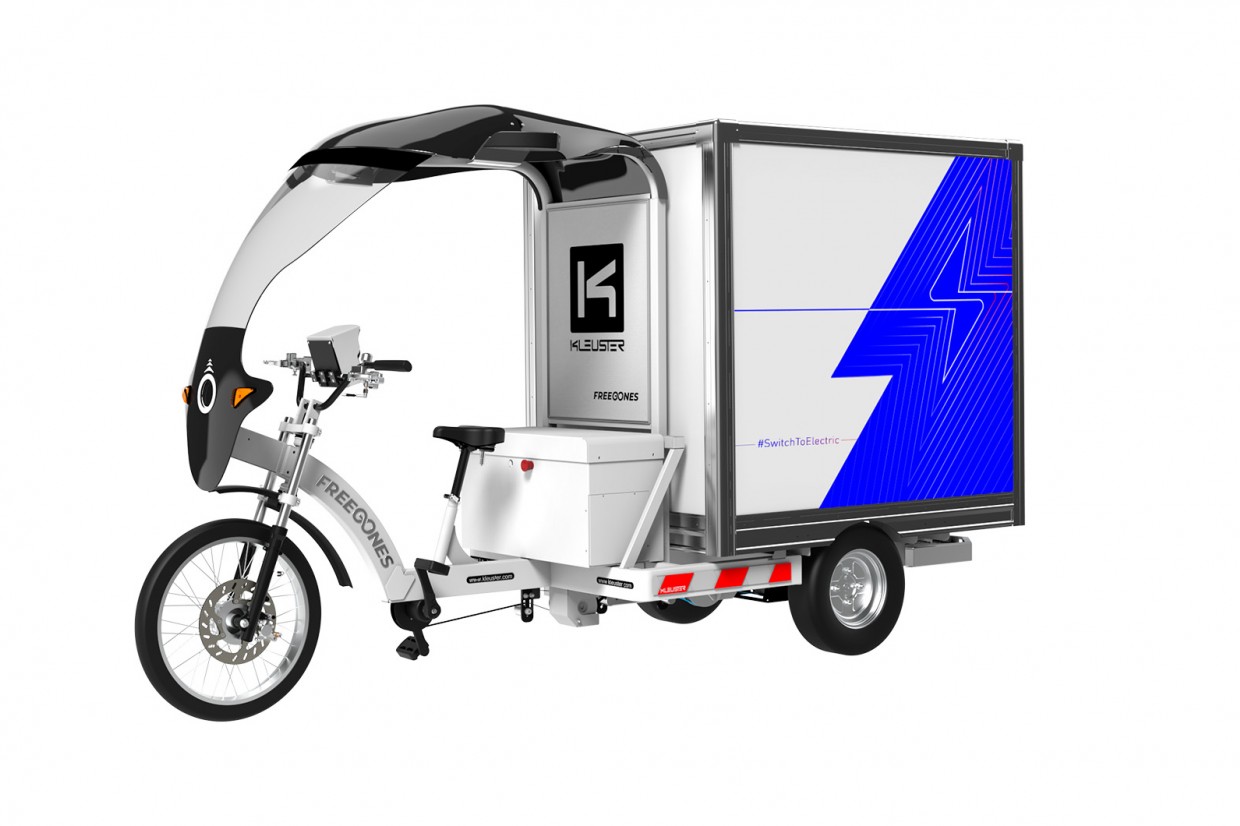 Renault Trucks will start manufacturing electric cargo bikes alongside its growing zero-emission truck line-up next year, as part of a tie-up with French e-bike firm Kleuster.

The commercial vehicle firm will start to produce Kleuster’s Freegônes e-cargo bikes at its Vénissieux production facility near Lyon in France next year, in a deal that will help substantially ramp up the production of the machine.

The latest e-mobility news packed into your inbox: get our FREE newsletter

The partnership will give Renault Trucks a last-mile delivery solution for urban deliveries to accompany its range of full-size electric trucks. Kleuster launched the Freegônes eight years ago, and the production will now shift to a 2100m2 building at the Vénissieux plant.

A team of around 12 people will assemble the cargo e-bikes, which will allow prodoction to increase five-fold compared to this year. Kleuster says that close to 200 Freegônes are currently in use across France, with the oldest now running for more than seven years.

Built on a single body chassis, the Freegônes has an electric assist range of around 50 miles. It is offered with a choice of five modules (dry box, refrigerated box, food carrier, flat bin and skip) and offers up to 350kg of payload.

The cargo e-bikes are now being sold through Renault Trucks’s network in France, with sales expanding across Europe next year. Renault Trucks president Bruno Blin said: “E-cargo bikes can be a great option for customers in urban environments that need to access zero emissions zones.” He added that with the partnership the firm is “taking the lead in offering even better solutions to our current and future clients.”

Renault Trucks, which is part of the Volvo Group and no longer related to the Renault car brand, has also unveiled two new electric heavy duty trucks: the E-Tech T and E-Tech C.

Both models will be produced at the firm’s Bourg-en-Bresse facility, and feature the firm’s new logo and a bold new front-end design that the firm claims is “inspired by electronic music”. We’re not sure what that means either.

The two new heavy-duty trucks are designed for use in regional distribution and construction. 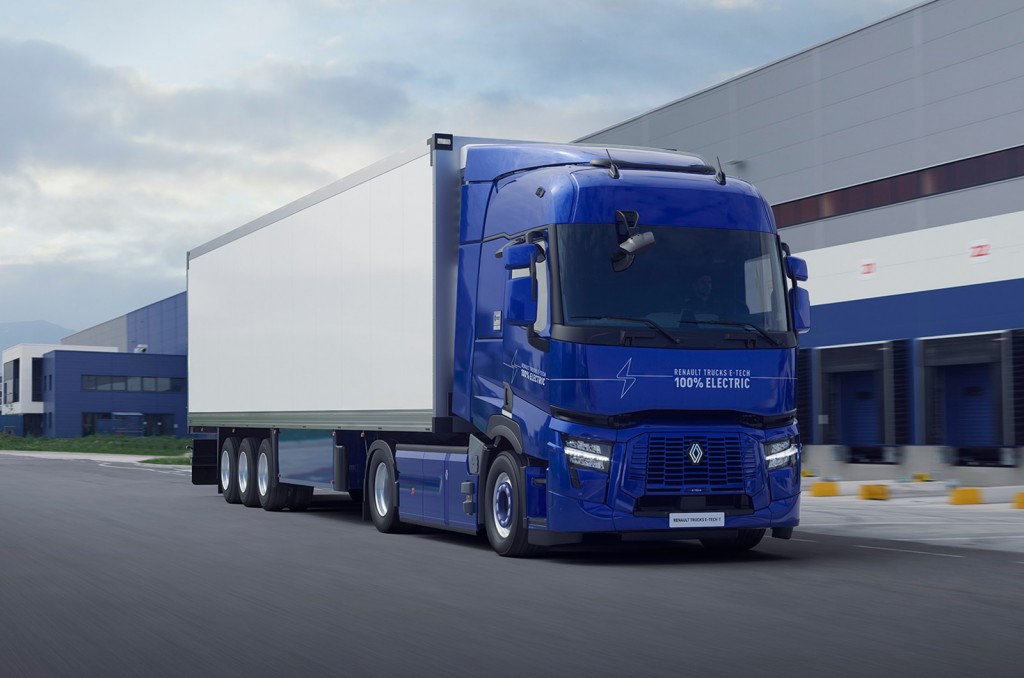