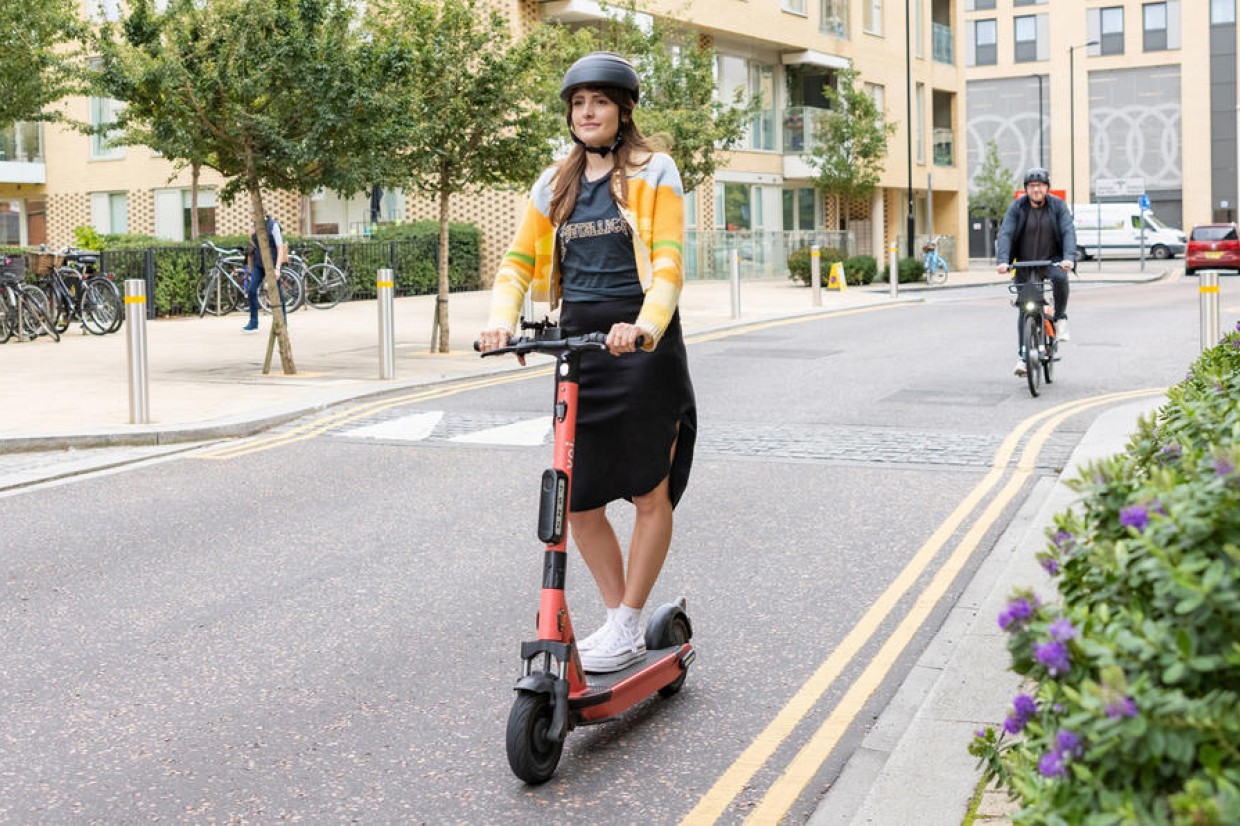 Almost half as many e-scooters were used as bikes in Bristol, according to new research – highlighting the popularity of the machines in the city as the local council begins a search for a new ‘long-term’ operator.

The data has been released by the University of Bristol and VivaCity. The London-based tech firm has developed Artificial Intelligence-powered road sensors that it claims can automatically detect e-scooters and other types of vehicle, and identify where in the road they are placed.

Keep up with the latest e-mobility news: get our FREE newsletter

The sensors are being trialled in Bristol, where Voi has run a fleet of rental e-scooters since October 2020 as part of the government-approved trials. It is Voi’s most popular city in the UK, and among its ten European cities with the highest e-scooter usage.

But West of England Combined Authority (WECA) recently announced that it would launch a new tender process to take the scheme to “the next level” – potentially also offering e-bike and cargo e-bikes.

According to the University of Bristol, analysis of real-time data anonymously collected by VivaCity sensors recorded an average of 523 e-scooter trips per day, compared to 1054 cyclists on the same route.

E-scooter usage peaked on Friday October 14, with nearly 700 rides, coinciding with the start of the new university term. Notably, weekend e-scooter usage in October nearly matched the number of cyclists on the same roads.

VivaCity says that the data can also identify where e-scooters are used on a road, and claims that more than 96 per cent of e-scooters were recorded riding on the carriageway. Just 3.6 per cent – 19 users each day – were detected riding an e-scooter on the pavement, which is illegal. That compares to 5.5 per cent of cyclists using the pavement.

Is riding an e-scooter on the pavement legal? Our full guide to all the rules

Dr Nikolai Bode, a lead researcher at the University of Bristol, said that goal of the study was to “understand general trends in uptake of e-scooters in terms of volumes, peak times and where in the road space e-scooters are used.”

He added: “We are interested in exploring interactions between e-scooters and other road users, in particular pedestrians.”

VivaCity hopes that its sensors could help to fill in gaps on the data available to local councils that is collected by e-scooter providers, and could help to inform future usage patterns.

WECA recently issued a ‘Prior Information Notice to the market’ to begin the search for a new e-scooter operator, with the new tender expected to take effect sometime in 2023.

The authority is responsible for the e-scooter trials in Bristol and Bath, both of which are run by Voi. The Swedish firm recently released data showing the economic impact of the e-scooter trial in Bristol, and has indicated it will bid for the new tender. It will continue to run its fleet in the West of England until the new contract is awarded to ensure no gap in provision.

WECA said that e-scooters could continue to be run by a single operator, but indicated it would be open to a group of operators offering e-scooters, e-bikes and cargo e-bikes. A Big Issue-branded dockless e-bike service in Bristol was suspended earlier this year due to vandalism issues.

Dan Norris, the West of England metro mayor, said: “The trial has had some notable successes with over a quarter of a million local people using them - which is record breaking nationwide. But there have also been challenges including on safety.

“I back schemes that encourage people to leave the car behind and help us to meet our ambitious net zero targets. I would very much like to encourage providers to now come forward and explain how they would provide a reliable, safe and affordable service for West of England residents.”