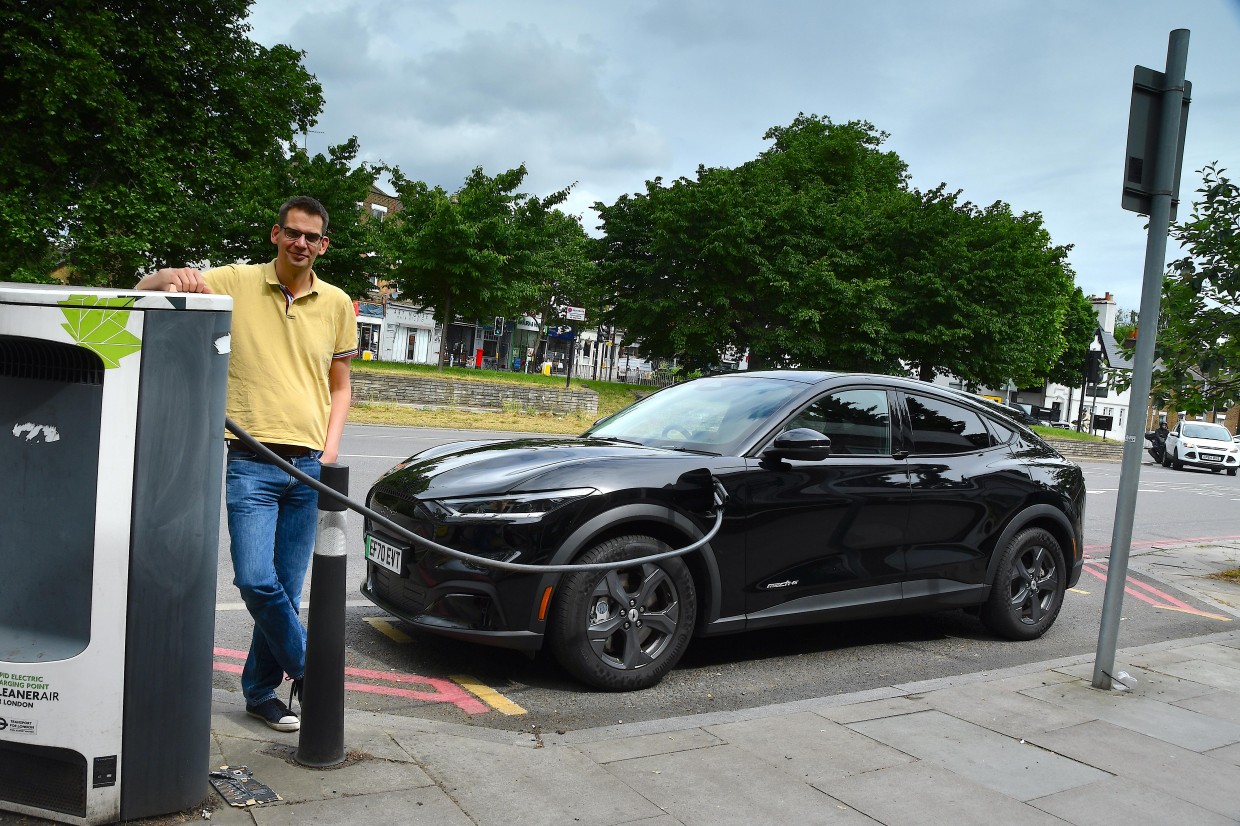 Talk about jeopardy. It’s one thing to head off on a long journey in an electric car in the name of journalistic endeavour, but quite another to load said car with your wife, kids, luggage, and dreams of a relaxing holiday. Oh and, yes, many crossed fingers.

But that’s what we did, heading from south-west London to north Norfolk in a Ford Mustang Mach-E, wanting to hop between beaches, towns and other tourist attractions every day but slightly concerned that we might arrive with next to no charge and few means to top up.

Fortunately, the family has learned to trust (or maybe live with) my madder ideas, having undertaken a similar adventure in a Kia e-Niro to west Wales back in 2019. Despite the odd anxious moment, that went rather well – so as well as a chance to explore a different part of the country, this was also a chance to judge how booming electric car sales and investment in the charging infrastructure had come on.

Here’s what we learned. 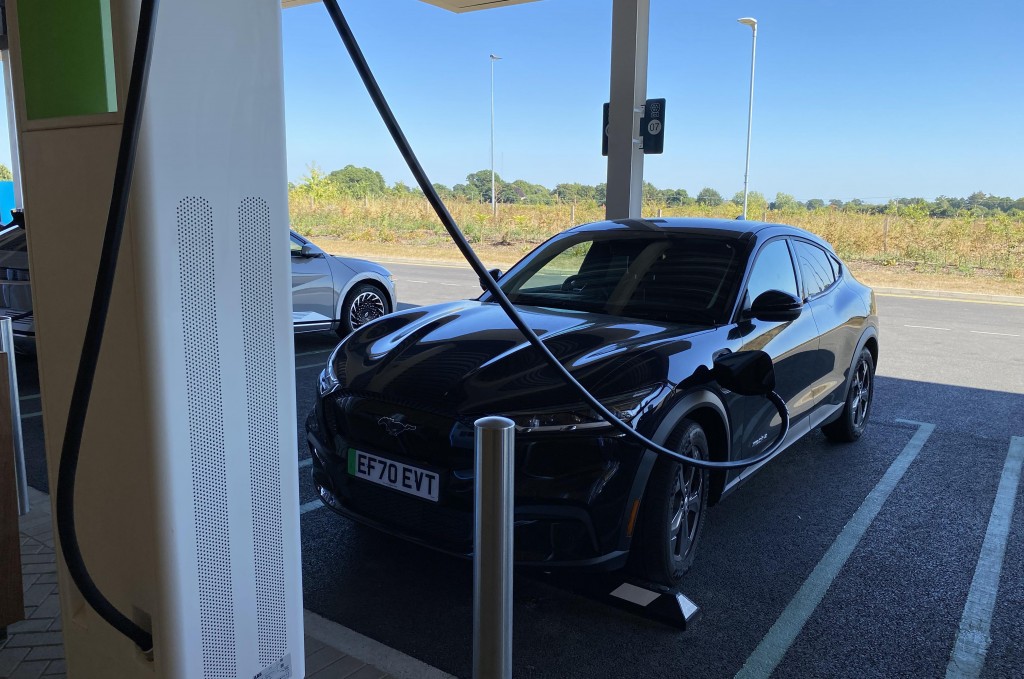 1. Spoiler alert: there were no disasters

I’ll never make it as a Hollywood script writer but, to cut to the chase, as the headline implies we really did cover 981 miles in ten days. We set off and we came home and the fact the car was powered by electricity was largely - only largely - neither here nor there.

As you’ll read, that may not have been the case even a year ago, but the fact is that you have to work pretty hard to take a Doomsday view of the electric charging network even in remote corners of the country these days.

I’ve no doubt there is much more work to do, but with the reassurance of a fast charging station in the near-ish vicinity I set off having done very little planning and everything was fine. 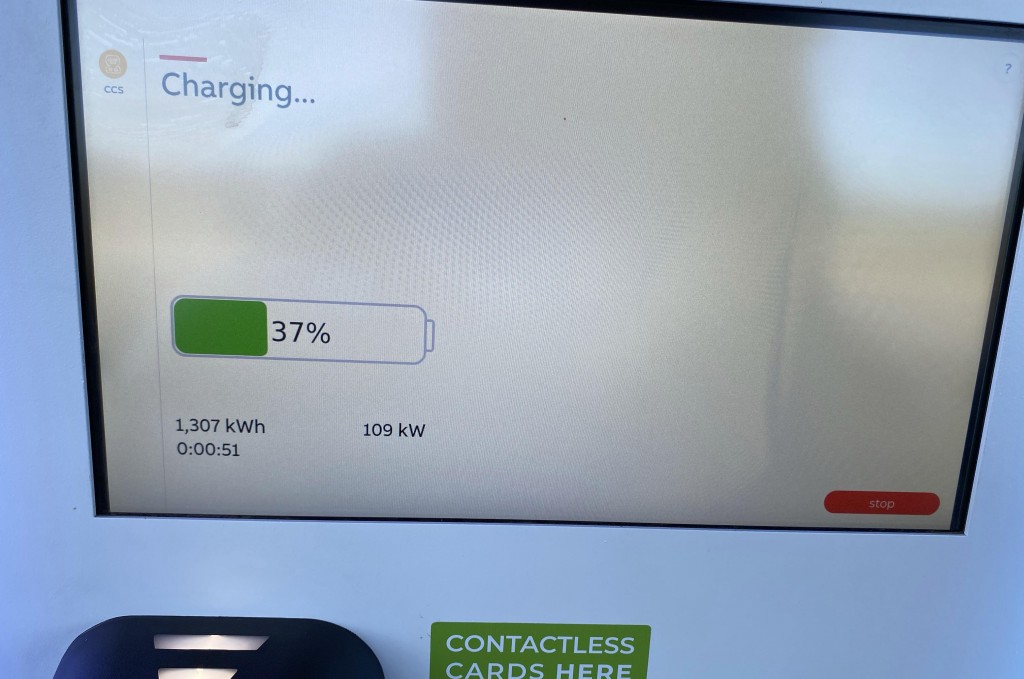 This is hardly news to anyone that has used one, but it bears repeating that Gridserve’s high-speed hubs are the gold standard of public charging networks.

Why so? There’s a lot of chargers, they work, they are contactless, they are fast, they aren’t eye-wateringly expensive (although price rises are inevitable), there’s someone on hand to help and they offer free wifi, a coffee shop and other stores (an M&S and WH Smiths in Norwich’s case).

The scale and investment means you can’t expect to have them everywhere, of course, but the point is that you don’t need to: situated about 100 miles from our home, Norwich’s new flagship Gridserve electric forecourt, opened just months ago, provided the perfect staging post for us to take a break and top up the car on several occasions, all of which were a pleasure and none of which involved hanging around wishing the time away. 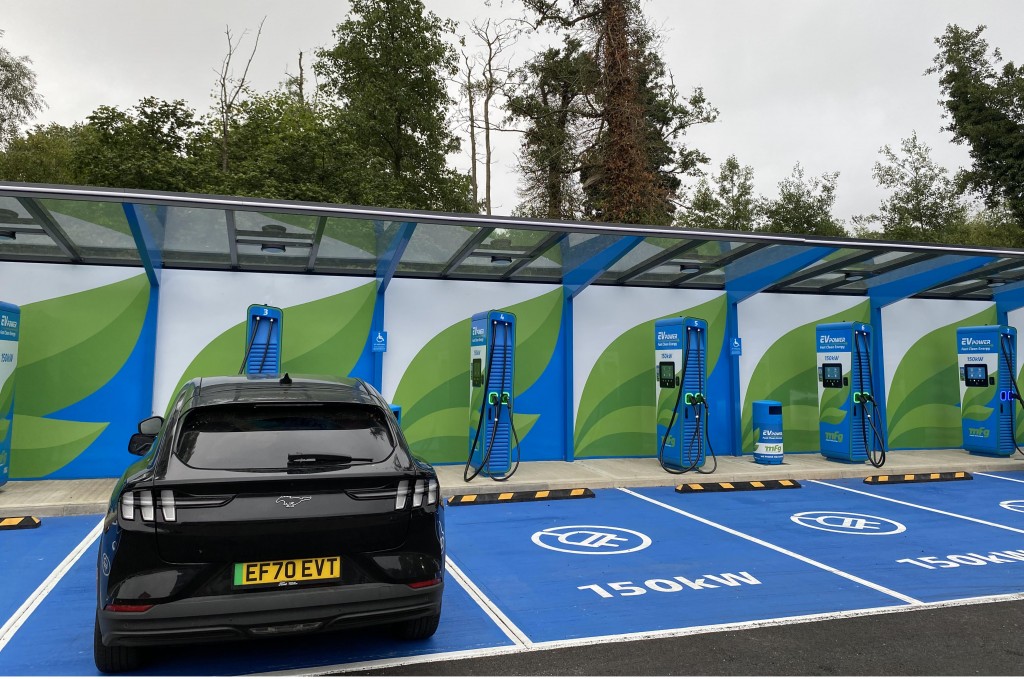 3. But there’s more to life than Gridserve

Given it tops every survey and delivers such wonderful experiences, there’s a risk that Gridserve becomes seen as the only player in town.

Previous experience has highlighted the quality of Instavolt and Osprey chargers - something backed up by reliability stats and user experiences - and as I drove into Norfolk I encountered MFG, or Motor Fuel Group, who had installed a line of 150kW chargers ready for use.

They weren’t cheap, but they were so fast and so damned available that I plugged in for half an hour just to celebrate their existence while everyone had a toilet break, even though I had no real need for the extra mileage. 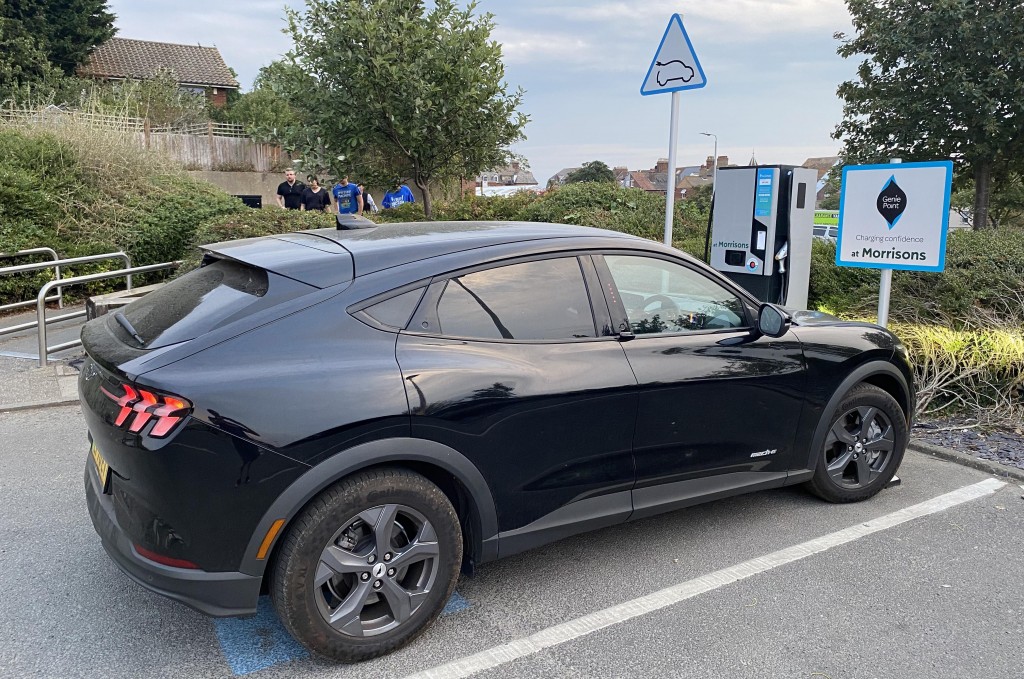 4. Broken chargers are worse than no chargers

But let’s not get carried away: a dishonourable mention for GeniePoint and Morrisons supermarkets for the 50kW charger that I had earmarked for making our time in Cromer hasslefree.

Not only was the charger broken when I turned up at the start of the holiday for a valedictory top-up that would prove to my family that we really did have nothing to worry about, but when I called the help line I was informed that it had been broken since last November.

That led to an hour or so of unnecessary stress, as every other charger was listed at 22kW or less and I wasn’t entirely sure how to find them. Had it happened late at night, or when I was alone or in a hurry, I’d have been despairing. 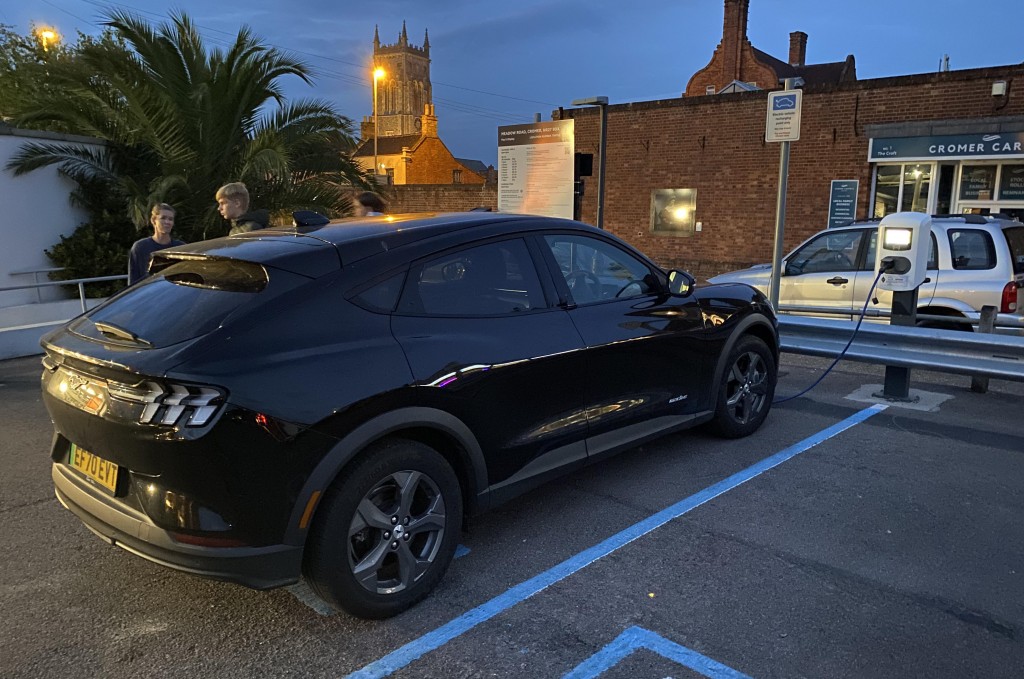 It won’t always be true, but more often than not there really are enough chargers out there that you can make alternative plans if first choices don’t work out these days - although you do have to be wary of matching your needs to your location; nothing smarts more than finding a charger you can use for a few hours only to discover that it delivers an agonisingly slow 7kW (or, worse still 3kW).

So it was that I discovered four charging points in the local car park in Cromer centre. Run again by GeniePoint, all four usually worked, and the one time one broke it was fixed by the next day. These so called 22kW points actually split two ways - so 11kW was all that you could get, but that was fine; it was enough to fill up

Parking was free after 6pm, electricity a reasonable 30p/kW and so this became our regular charging spot - once a big charge while we went to the cinema, daily for an hour while we went down to the seaside for an evening splash.

On top of three big charges at Gridserve as we passed, it pretty much answered all our needs, giving us 20-40 miles back each day.

It was the perfect solution for our daily needs. 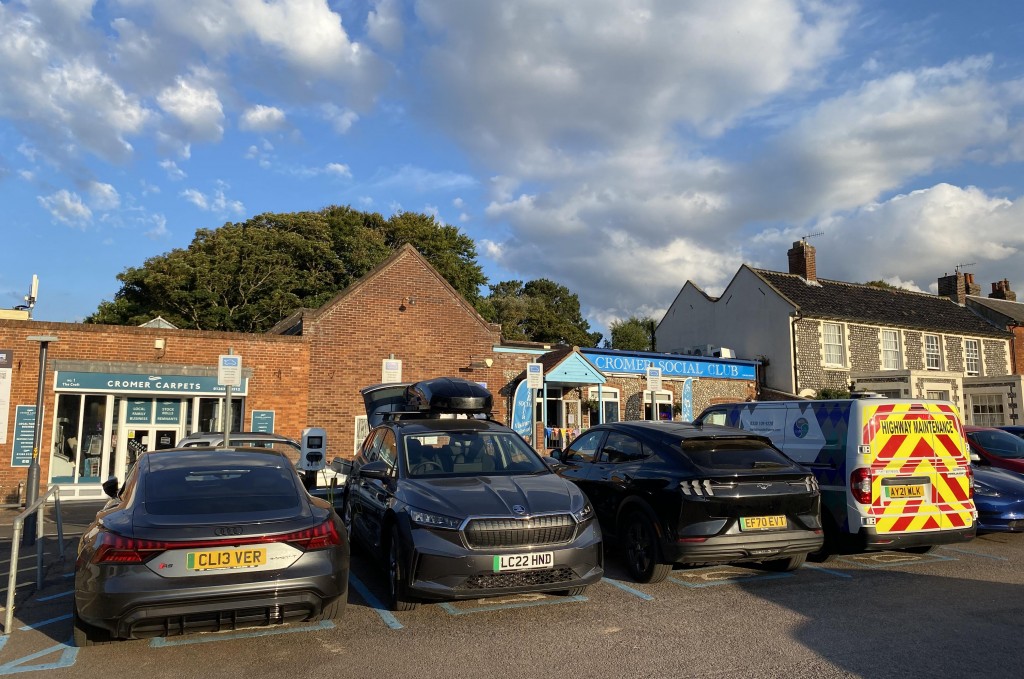 There’s always a but, and it was notable how often we took the last charging space when we turned up. Sure, one was almost always taken by a council van that appeared to charge overnight, but the others belonged to a constantly revolving fleet of visitors.

Cromer - and towns like it across the country - should be applauded for embracing electric charging early. But the momentum clearly cannot stop there; four chargers in a 400+ space car park is evidently not enough now, and there can be no resting on laurels if the goals for 2030 and beyond aren’t to fail. 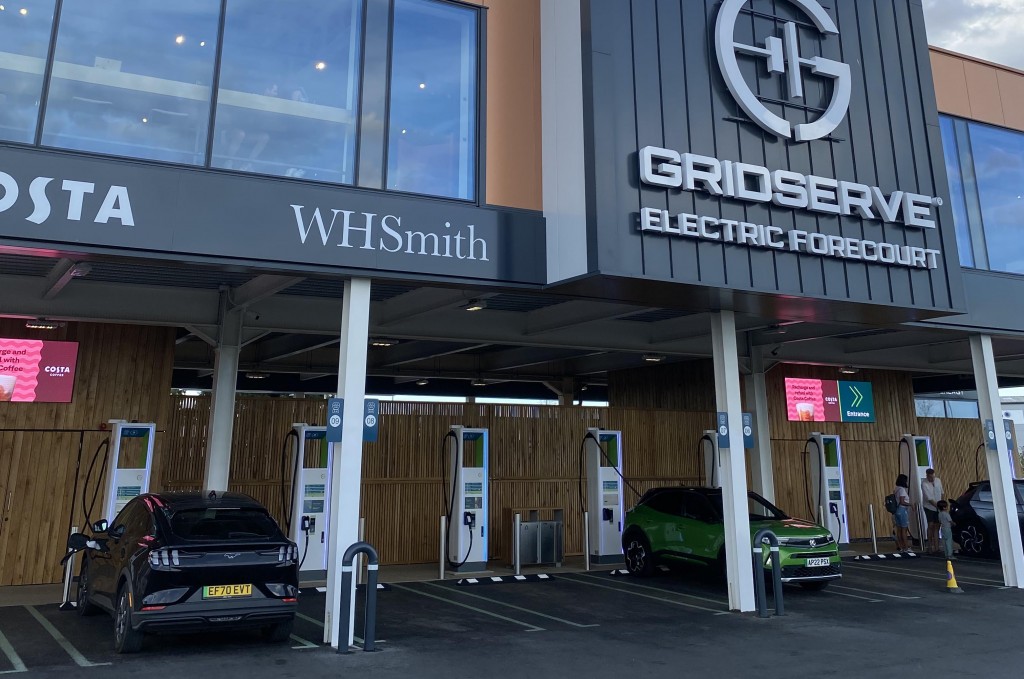 Maybe it’s a good thing, as it signals the technology hitting the mainstream, but it was a bit sad to record that the camaraderie between, and warmth for, electric car drivers isn’t what it was. Presumably because more people are doing it, EV drivers seem less inclined to stop and chat about their experiences.

On our trip to Wales, we could scarcely plug in without being stopped for a chinwag by owners or interested passers by. This time, be it a charging hub or an off-street post, barely a soul had the inclination to muster an acknowledgement, let alone a word or two. 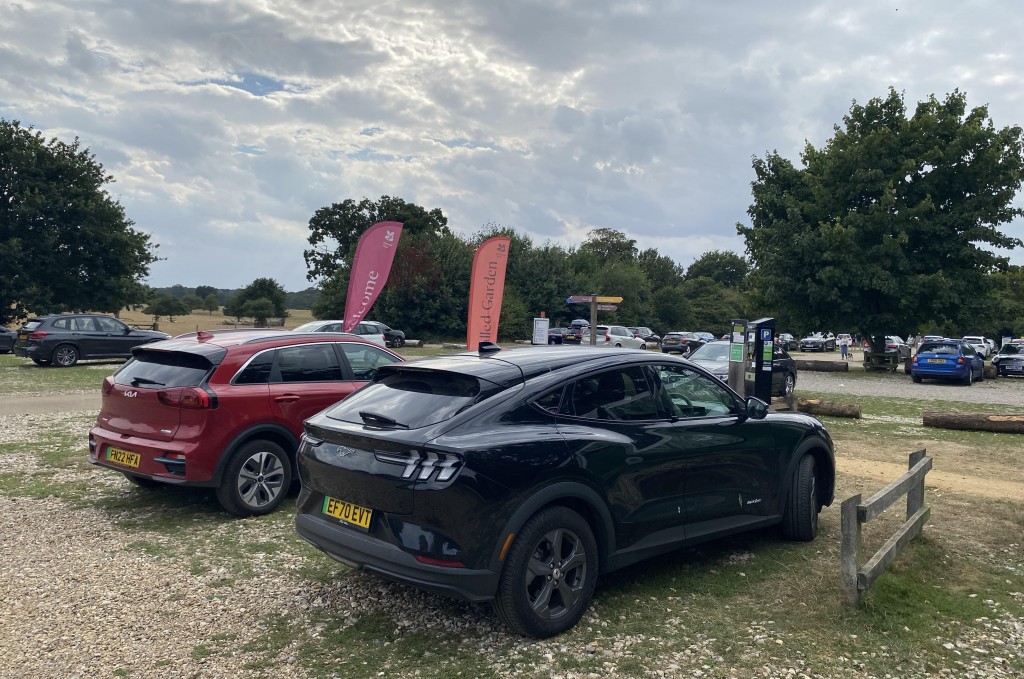 8. EV chargers are good for business... if you want them to be

Upon learning the local golf club, handily a short drive from where we were staying, had a charger, I went up there and asked if I could pay to use it. “The manager is very particular and wouldn’t want a non-member here,” I was told.

“Even if I paid - to charge and to have a drink while it charged?” I asked.

And they held firm. It was their empty car parking space and I wasn’t having it.

So I drove a mile down the road to a rather lovely hotel which had three chargers and asked if I could use them. “If the space is free it’s yours,” came the reply.

Inevitably a diesel Audi was in one of them, but we always found a spot, were staggered to discover there was no charge for the electricity and the hotel’s restaurant and bar did rather well out of us as a result. 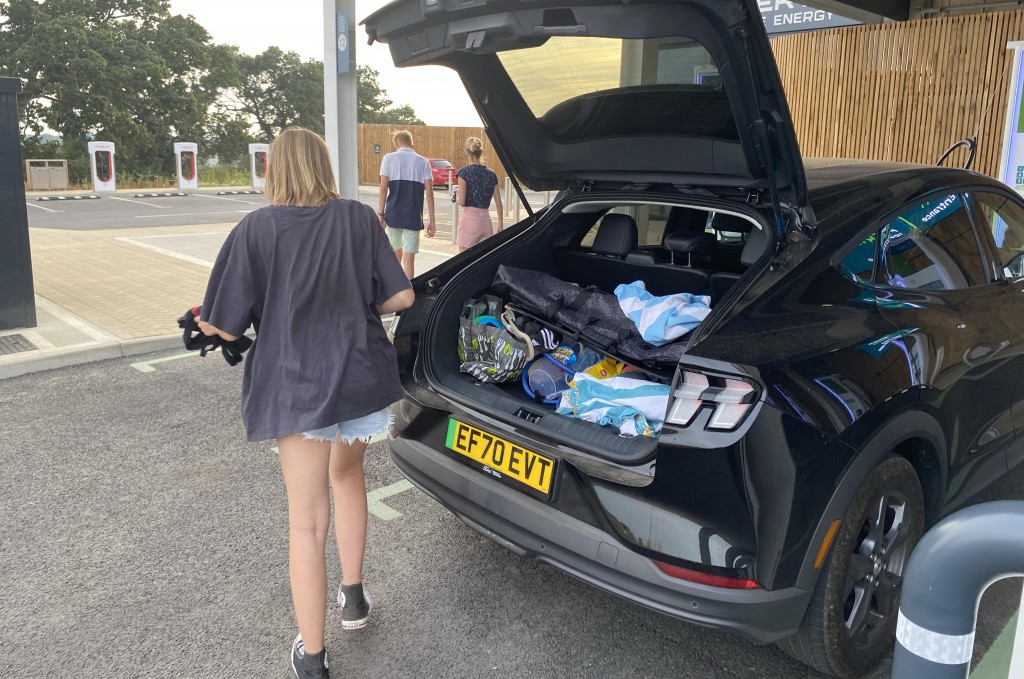 9. How much range is enough range?

Here’s a thing: three years ago we got around 225-250 miles of range from our1 Kia E-Niro, and now here we were getting around a maximum of 225 from the Ford Mustang Mach-E.

Ford’s lateness to the EV party is well documented, as are some of the shortcomings of the Mach E in comparison to Korean rivals, but the point is that I reckon 250-300 miles is the sort of range that really takes the stress out of going almost anywhere in an EV. Things should have progressed.

Yes, I know there’s a long range model of the Mach E available, but the price premium you pay for it doesn’t really justify the occasional trips its XL battery is useful for. Kia, of course, is onto its second generation Kia Niro EV now and seems to be pushing the envelope without pushing its pricing too hard; everyone else needs to catch up. 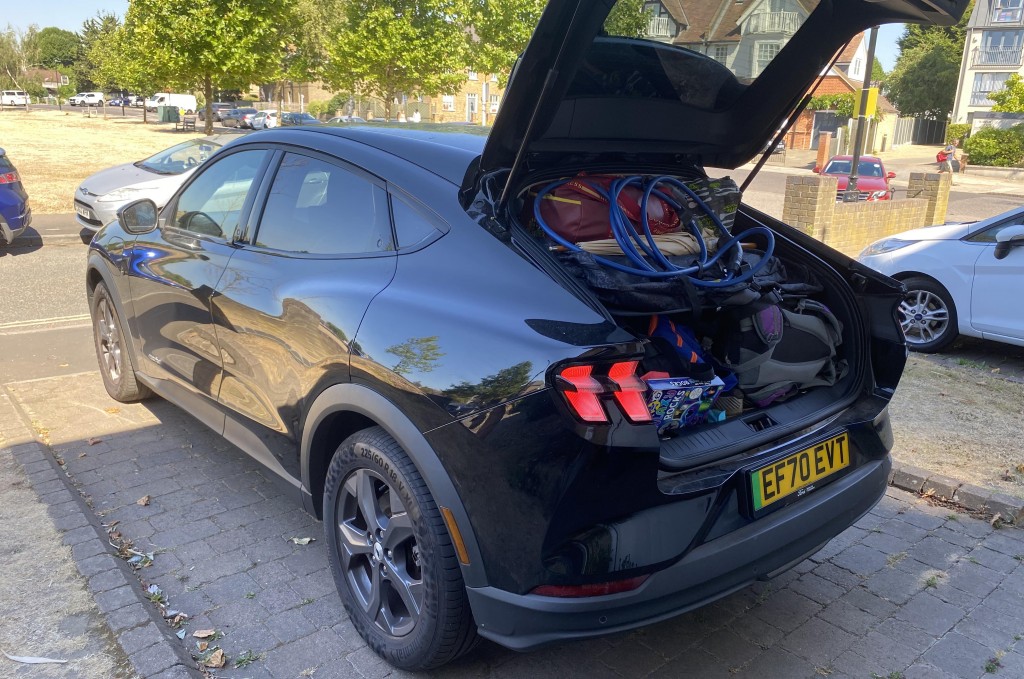 10. Driving an electric car isn’t more expensive than drive a combustion-engined one

Some scurrilous headlines have suggested the mounting cost of electricity compared to the (still terrifyingly high but falling) price of petrol and diesel has wiped away the cost advantage. It’s true that this can be the case - but only if you compare the worst case scenario against the best.

Having started on a full home charge and then used public chargers for the next 800 miles or so, I reckon my costs were around half what they would have been in a 50mpg car. Prices I paid ranged from absolutely free (on two occasions) through to a peak of 65p/kWh at MFG. The former clearly meant cost-free as well as emissions-free charging, the later seemed a fair price to pay for a high-speed top-up.