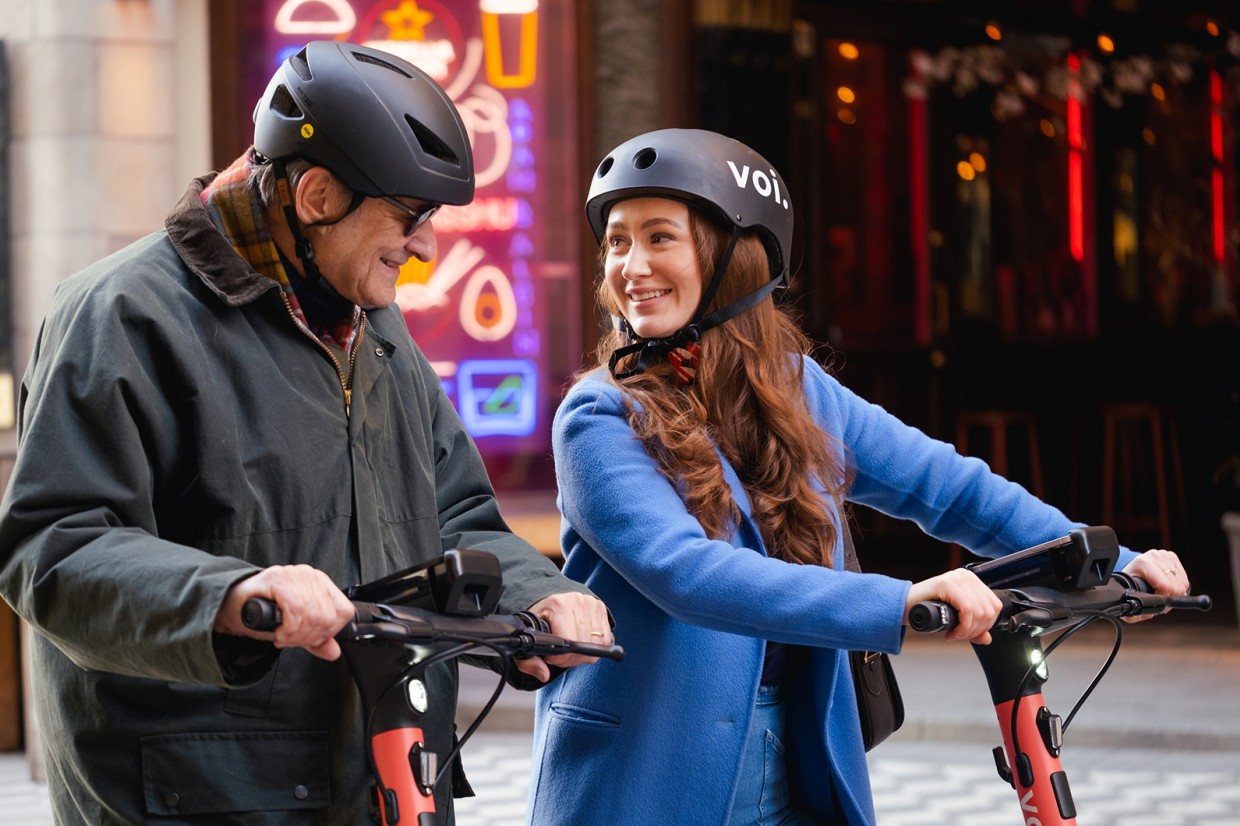 The Voi rental e-scooter and e-bike trials in Northamptonshire, which covers towns including Northampton, Corby, Wellingborough and Kettering, is the latest to be extended until May 2024.

The government recently allows the ongoing trial schemes for rental e-scooters – the only way to legally use an e-scooter on public roads – to run into 2024, although it was left to the councils in each area with a scheme to make the final decision.

West and North Northamptonshire Councils have now extended their agreement with Swedish firm Voi for the e-scooter trials in their boroughs, which also includes Rushden and Highham Ferrers. Kettering also features a Voi e-bike scheme, which has also been extended.

The Northamptonshire trials started in September 2020, and research by Volterra Partners that was commissioned by Voi suggests local business could benefit by an estimated total of £15 million by May 2024.

They also highlighted how the e-scooters were becoming part of an integrated transport solutions, with around a quarter of all riders combining their journey with either a train or bus.

Voi’s UK policy chief, Grace Packard, said: “Over the last two years, Voi has collaborated closely with stakeholders, including the Northamptonshire Police and West and North Northamptonshire Councils, to increase public confidence in using e-scooters and e-bikes to such an extent that the scheme has quickly become an important part of the region’s fabric and one of the most popular in the UK.

“However, we won’t rest on our laurels. Delivering a safe service, which is convenient, green and a great alternative to the car remains our number one priority. Over the next 18 months, we will work hard to build upon our success to help deliver the region’s sustainability ambitions and create a better place for living.”

Councillor Phil Larratt, West Northamptonshire Council’s cabinet member for the environment and transport, added: “I would encourage people to give Voi’s authorised scooter scheme a go, rather than opting for private, unregulated scooters which are illegal to use on public highways.”

Larratt added that while the council felt the trial has been “a continued success for the environment”, that “we recognise the concerns of residents regarding scooters being ridden inappropriately and on footpaths, as well as being parked on footways, obstructing pedestrians. We will continue to work with Voi over the extended period of the trial to overcome these concerns.”

The rental e-scooter trials are set to remain the only way to legally use an e-scooter on public roads for the immediate future, with the government having shelved a Transport Bill that was due to contain regulations to legalise them.